Alex Jones and a whole host of guest presenters typically welcome The One Show fans to the programme every weeknight at 7pm on BBC One. However, on Thursday, April 1, Alex, alongside co-host Jermaine Jenas, announced they wouldn’t be returning to the famous green sofa on Friday. However, there’s a perfectly good reason behind the scheduling shake-up as she explained when saying farewell on Thursday.

Instead of The One Show this evening, BBC One viewers have the chance to rewatch a classic blockbuster.

From 5:45pm, BBC One will be showing the timeless Julie Andrews flick The Sound of Music, which finishes at 8:35pm.

And Alex ensured viewers were fully aware of the change-up to their usual time slot at the end of Tuesday’s episode.

Alex revealed The One Show would be taking a brief hiatus for the “long Easter weekend” and won’t be returning until Tuesday. 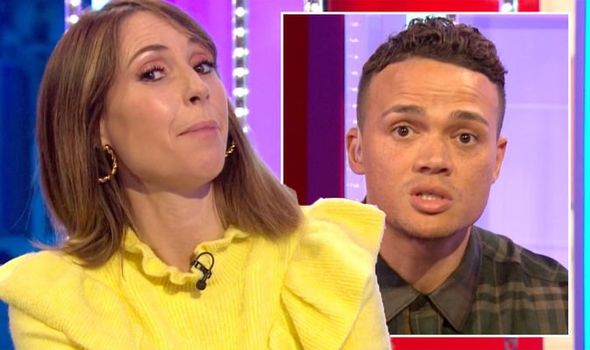 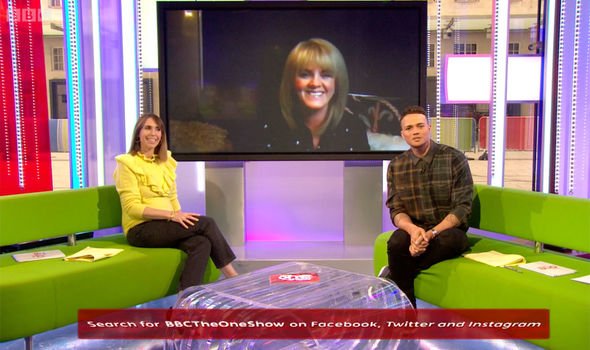 As Alex and Jermaine closed Thursday’s show, she did reveal the next episode was bound to be a good one.

“That is it for tonight,” Alex said to Jermaine after an interview with Coronation Street legend Sally Lindsay.

“We’re done,” she added as Jermaine placed his script down and replied: “It is.” 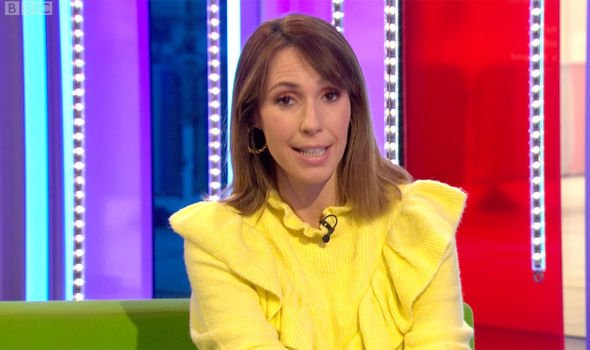 Teasing what was to come, however, she added: “Monty Don, we love a bit of Monty Don,

“He’s gonna be here to launch our new gardening competition.

“Until then, have a Happy Easter, eat all the chocolate, stay safe, and enjoy the long weekend.

“See you Tuesday,” Alex signed off as Jermaine concurred: “See you later.”

However, for fans wanting their The One Show fix, Thursday’s episode is available to stream on BBC iPlayer now.

And it was an episode not to be missed as Alex and Jermaine fell victim to a hilarious April Fool’s prank from Bake Off’s Matt.

Upon his arrival in the BBC studio, Matt had convinced the presenting duo he had a cameo in Line of Duty lined up.

And Alex had been told by show bosses that The One Show had an exclusive clip of Matt’s performance to show viewers.

However, Alex was left slumped across the famous sofa while Jermaine turned away in embarrassment to discover Matt had recorded a joke scene from the police drama.

“You’ve been pranked!” Matt shouted at the pair as they grimaced after seeing the footage.

“I knew it!” Jermaine shouted after being duped while Alex added: “I completely fell for it, hook, line and sinker.”

The One Show returns to BBC One on Tuesday at 7pm.

04/02/2021 TV & Movies Comments Off on The One Show cancelled: Why isn’t The One Show on tonight?
Recent Posts