It’s been a great TV year for pianist/composer Kris Bowers (“Green Book”): scoring both “When They See Us” and “Black Monday” as two very different musical expressions of the black experience from the ’80s. With Ava DuVernay’s “When They See Us,” Bowers experimented for the first time with unusual musical sounds to depict the horrific injustice for the five Harlem youths in the notorious Central Park jogger case from 1989. And for the comedy series “Black Monday,” Bowers reinvented classic hip hop drum beats to underscore Don Cheadle and his merry band of outsiders crashing Wall Street during the lead up to the historic crash of ’87.

“‘When They See Us’ pushed me to be more experimental with sounds as my medium more than the use of melodies or orchestration that I’m used to,” said Bowers. “It was such an interesting process and integral in making the music for this sound so specific. I can’t see using those precise sounds ever again because they are so specific to this series.”

Watching early footage, Bowers couldn’t help feeling sad and scared for the Central Park 5. “I placed myself in their shoes and it felt incredibly close to home, like something that could have and still could happen to me as a black man living in America today,” he added. Bowers, therefore, scored it like a horror film. One of his first ideas to take take instruments and completely manipulate and distort them to mirror “how these young, innocent boys were being treated,” he said. 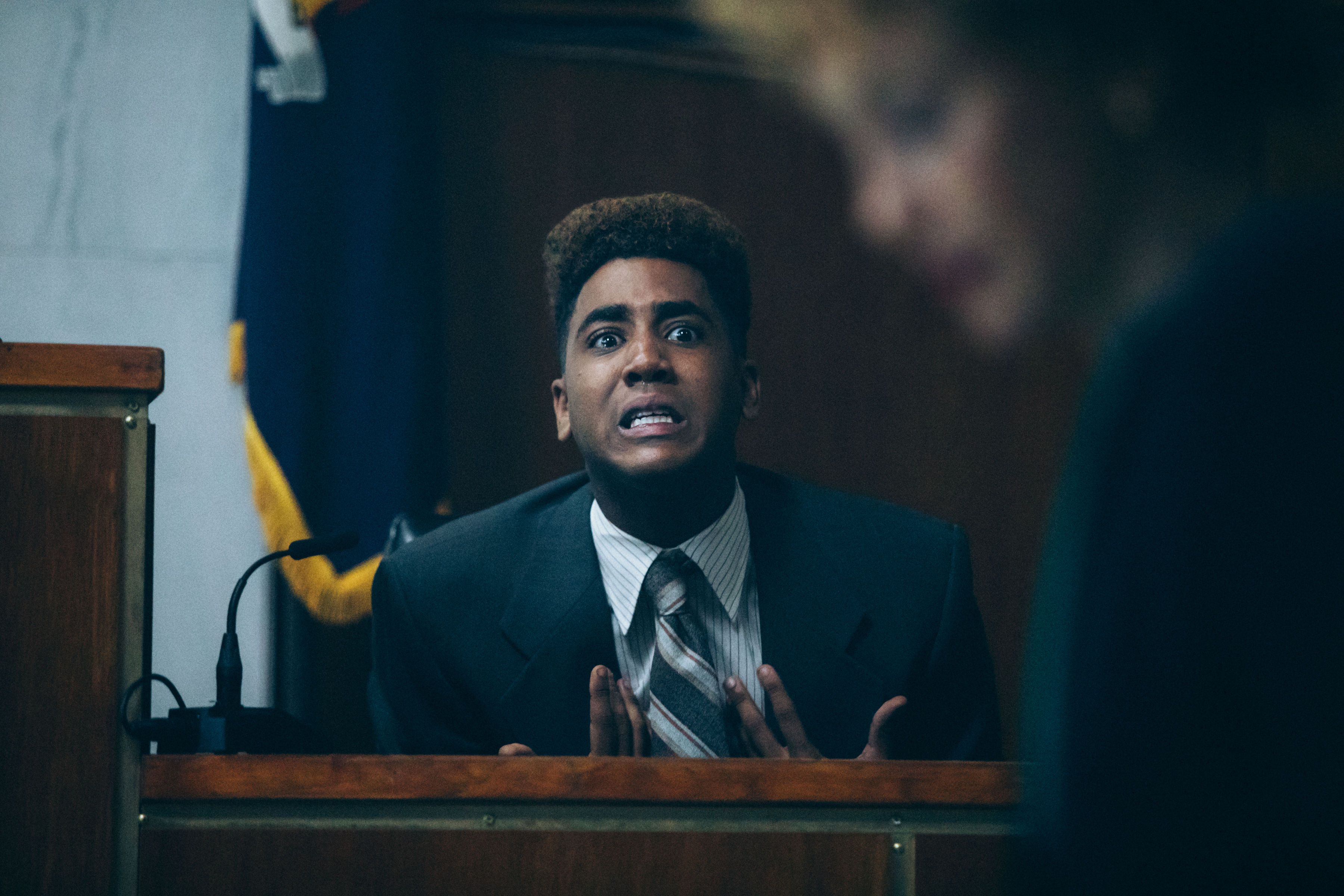 “When They See Us”

“So I had a handful of my favorite musicians – a cellist, a saxophonist, a trumpet player, and a violinist – all playing the weirdest sounds on their instruments. Then I started going through all that material and finding little cells and textures that I could use as [instrumentation] or just as an ornamental aspect to add on to cues. It helped me find a sound very quickly. Saxophone long tones are stretched out like a synthesizer, like moans or wails, but with more of an organic feel to it. Any time I wrote a piece that was somewhat pretty, I would lay these aleatory string sounds on top of it. De-tuning and distorting gave a spooky feeling to the score.”

The main theme starts with piano and then the layering of other instruments for atmosphere, including a strange tapping. That tapping was different forms of bucket drumming, an idea introduced by DuVernay’s go-to composer, Jason Moran, who had to bow out of the project because of scheduling conflicts. “He found one of the original bucket drummers in New York from the ’80s and recorded him,” Bowers said. “We ended up having to redo it, but then I wanted to take that idea further. I had a drummer come in and play bucket drums with sticks, mallets, or where the bucket drum was full of water or rocks. These became the percussive sounds and it’s most prominent during the police chase in the first episode.”

For Episode 2, in which he’s been submitted for Emmy consideration, Bowers created central themes for the parents, including a soft piano melody that gets de-tuned so it sounds slightly broken. And for the attorneys representing the Central Park 5, the composer created a sense of percussive optimism that grows darker as the momentum builds toward the verdicts. He emphasizes pizzicato strings and col legno strings being hit with the back of the bow or being slapped by the instruments. “For me, the second episode is really the heart of this series because it’s showing how the community and judicial system let these boys down,” he said. 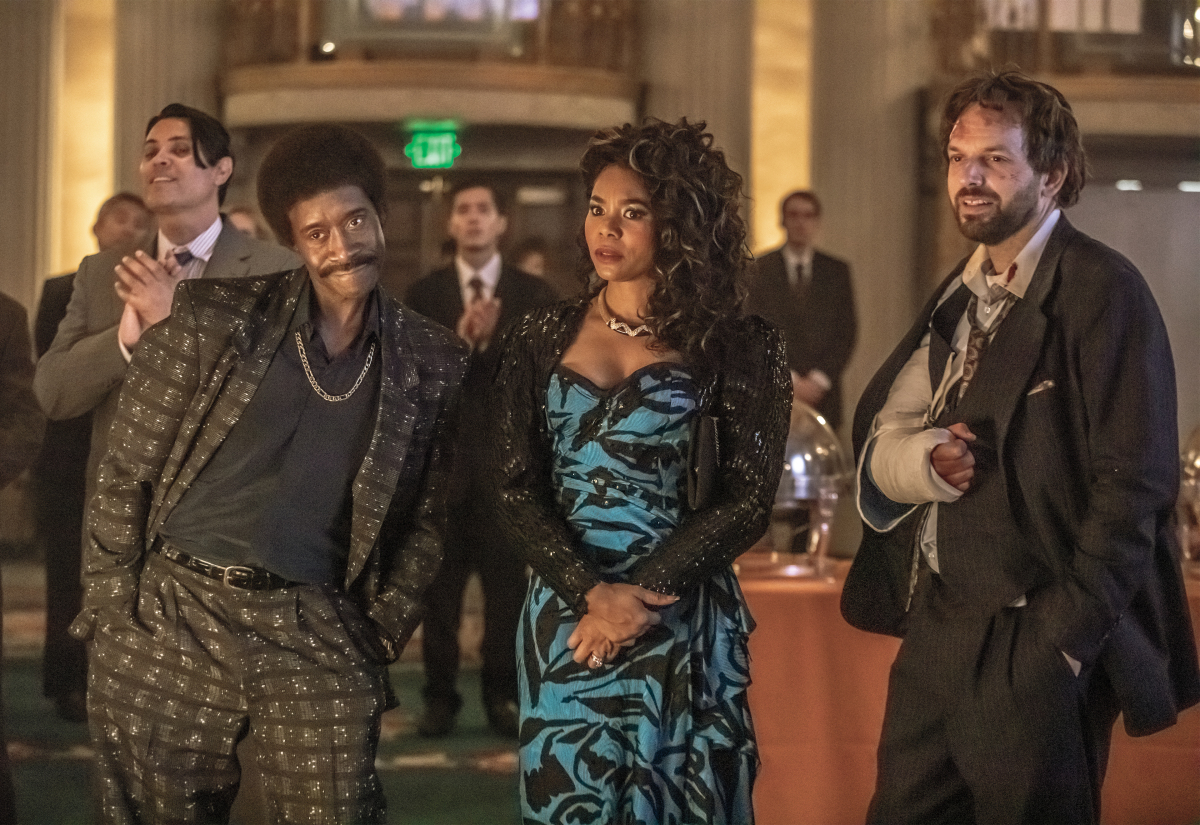 By contrast, with “Black Monday,” Bowers took a deep dive into the ’80s synth sounds of Belinda Carlisle, The Cars, and Run D.M.C. He even had fun purchasing vintage synthesizers, including the Yamaha DX7 and the Proteus 1 rack mount module. It was all about revisiting the new jack swing that he grew up with. “It was a mining of this period to pull up the tambourine or the drum sound that was appropriate, and then approaching the compositions in a more contemporary way,” he said.

Then, when the “Black Monday” trailer dropped with Lil Wayne’s “Uproar” single going viral, Bowers was encouraged to lean even more so on contemporary influences. To that end, Bowers found it instructive listening to 808 hard drum beat updates by Kanye West or Pharrell Williams. He was also greatly influenced by the drums in “Whose Gonna Drive You Home” by The Cars for scoring the mismatched romantic subplot involving Dawn (Regina Hill) and Blair (Andrew Rannells). “A lot of scoring is taking it as serious as possible because that’s what’s going to make it feel funny,” he said.

A propulsive ticktock sound became musically vital to creating a sense of mystery about who’s going to leap to his death on the fateful Black Monday. “Throughout the whole series, there are a lot of hints toward that,” Bowers said. “The person that dies wears a tie pin and it gets passed around and that sound comes back in.”

Then Bowers brought it all home for the Episode 9 finale (for which he’s been Emmy submitted) with inspiration from David Holmes’ “Oceans 11” score and Chicago House music. “It’s a driving beat with hip hop flair,” he said.