Fans got sad news last week when longtime coach Adam Levine announced that he would be leaving The Voice. Though the news comes as a shock, the news is not completely unexpected, given how long he has been on the show.

The Voice has seen several changes over its 16 seasons, but arguably none as big as Levine’s announcement. We don’t know exactly what the future holds for the hit NBC show, but what we do know is that The Voice without Adam is going to be a hard adjustment for fans to make.

How long has Levine been on ‘The Voice’? 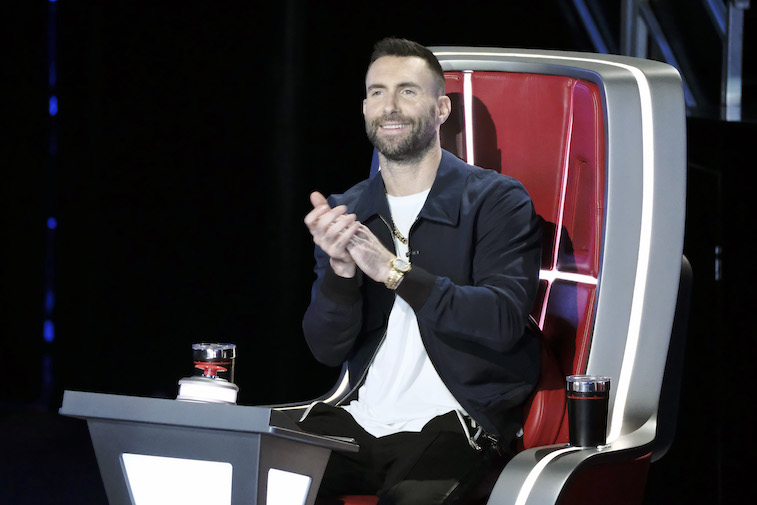 Levine has been on The Voice since day one. Back before Maroon 5 really made it really big, the singer took a chance on a new show that forced judges to focus solely on the contestant’s voice by having them turned away from the contestant while they sang.

When the show premiered in 2011, Levine was joined by pop singer Christina Aguilera, rapper and singer Cee Lo Green, and country singer Blake Shelton. Along with Shelton, Levine is the only judge to appear in all 16 seasons of the show.

Why is he leaving the show?

Since The Voice premiered in 2011, Maroon 5 has only seen their success as a group grow. They have been nominated for four Grammy awards in the 8 years since the show premiered and they performed during the Super Bowl halftime show for the first time during their career.

The band has continued to release albums and tour as Levine appeared on The Voice. Trying to schedule touring and recording around the television show likely proved to be a challenge for the pop star.

In addition to work conflicts, Levine may have found that he simply could not continue to take on all that he was doing. On top of his music and television obligations, the singer recently welcomed his second child with wife Behati Prinsloo.

It is understandable that the 40-year-old would want to have more time with his family and leaving The Voice is the sacrifice he chose to make.

Will he ever return?

Over the years, we have seen several judges leave the show and then return for a guest appearance or even a full season. Most notably, Christina Aguilera was on the judge’s panel seasons 1-3, returning for seasons 5-8, and then coming back for season 8 and season 10. This certainly leaves open the possibility that Levine could return to judge in future seasons.

In his announcement, the singer thanked producers, Carson Daly, and his fellow judges calling Shelton his “brother for life.” He asked fellow judges Kelly Clarkson and John Legend to “take care of the cowboy” and noted that he’ll probably be back “very very soon to say hi.” Is this a hint that he will return in some capacity? Maybe as a guest mentor?

Levine will be missed

Now that the Maroon 5 frontman is leaving the show, that leaves country singer Blake Shelton as the only remaining original judge on the show. For those that like the familiarity that Levine and Shelton provide to the show, his absence will be felt greatly.

Fans are also sure to miss Levine’s infamous bromance with the country star. Over the show’s 16 seasons, the bromance has turned into one of the most entertaining and enduring friendships. The jokes exchanged between the pair brought a lightness to the show and helped it stand out from other singing competitions.

Though the show has been heavily scrutinized for failing to produce any successful singers, it has always been one that fans could count on to entertain them.