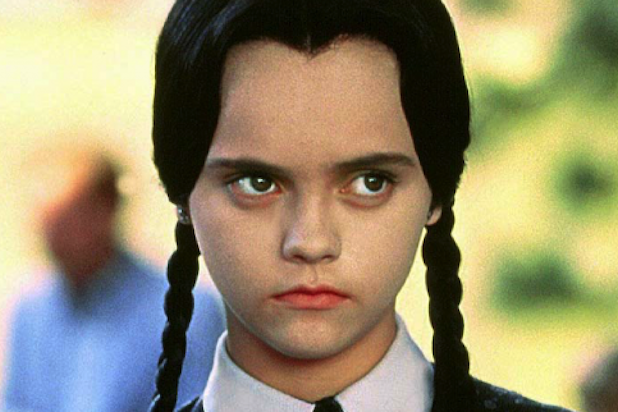 Netflix has ordered a live-action series that will feature Wednesday Addams, the gothic family’s daughter, which will be directed by Tim Burton.

The coming-of-age series, titled “Wednesday,” will follow Addams as a student at Nevermore Academy. Netflix describes “Wednesday” as a “sleuthing, supernaturally infused mystery charting Wednesday Addams’ years as a student at Nevermore Academy. Wednesday’s attempts to master her emerging psychic ability, thwart a monstrous killing spree that has terrorized the local town, and solve the supernatural mystery that embroiled her parents 25 years ago — all while navigating her new and very tangled relationships at Nevermore.”

The character was most notably played by Christina Ricci in films “The Addams Family” and “Addams Family Values.” Lisa Loring starred as the character in the 1960s “Addams Family” TV series, and Chloë Grace Moretz voices her in the most recent animated films. Depending on the adaptation, Wednesday is either the older or younger sister to her brother, Pugsly.

Along with directing, Burton will executive produce alongside “Smallville” creators Alfred Gough and Miles Millar, who will serve as head writers and showrunners. Additional executive producers include Andrew Mittman for 1.21, Kevin Miserocchi, Kayla Alpert, Jonathan Glickman for Glickmania, and Gail Berman. The series is from MGM/UA Television.

“The Addams Family,” first created by cartoonist Charles Addams in 1938, has had numerous on-screen iterations. The most notable version came in the 1990s with a pair of live-action films starring Raul Julia, Anjelica Huston, Christopher Lloyd and Christina Ricci (who played the teenage Wednesday). There was also an animated TV series around that same time. The most recent version has been a computer-animated film in 2019, with a sequel planned for 2021.

Burton is known for similar films to “Addams Family’s” general gothic-comedy tone such as “Edward Scissorhands,” “The Nightmare Before Christmas” and “Beatlejuice.”