Richman will co-lead the division with Keya Khayatian 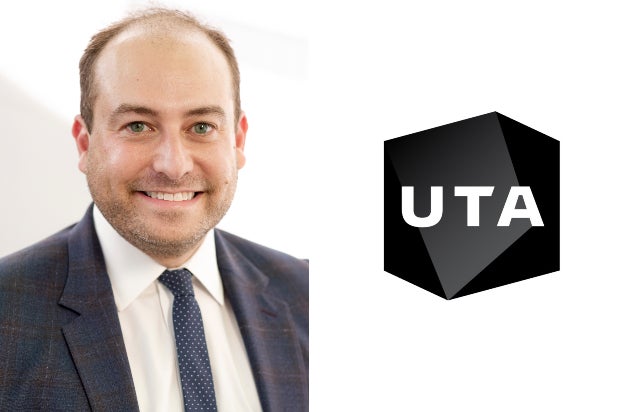 UTA’s Media Rights department represents a roster of authors, book, articles, podcasts, journalists, estates, life right and thought leaders, and has closed over 250 deals in the past 12 months.

For example, the group secured Netflix’s film adaptations of Tanya Smith’s memoir “Ghost in the Machine,” which has Issa Rae and David Heyman producing, as well as Jesse Q. Sutanto’s novel “Dial A for Aunties,” Hulu’s series adaptation of Charles Yu’s novel “Interior Chinatown” and Zakiya Dalila Harris’ upcoming novel “The Other Black Girl.” The group also secured the deal for Amazon’s series adaptation of National Book Award winner “Felix Ever After” by Kacen Callender, Charlotte McConaghy’s novel “Migrations” starring Claire Foy for SunnyMarch and the HBO Max limited series adaptation of the podcast “Nine White Parents” with Rae producing. Additionally, the Media Rights department negotiated the sale of the rights to Jessica Bruder’s novel “Nomadland: Surviving America in the Twenty-First Century,” which was adapted into Chloé Zhao’s “Nomadland.”

Most recently, Richman negotiated the sale of the rights to Ng’s debut novel “Everything I Never Told You” to Annapurna TV. He was also the dealmaker behind Hulu’s adaptation of Ng’s bestselling novel “Little Fires Everywhere.”

On the film side, he secured the deal for Nico Walker’s novel “Cherry” to be adapted into a feature film directed by the Russo Brothers and starring Tom Holland. He also set up Warner Bros.’ film adaptation of Mary H.K. Choi’s bestselling novel “Permanent Record,” with Jon M. Chu on board to direct.

“I am thrilled to co-lead the Media Rights division with Keya Khayatian,” Richman said. “We share a dedication to ensuring the artists we represent at UTA have the broadest opportunities to develop and adapt their work for the screen, particularly in this moment when the world needs the comfort of great content more than ever. I’m incredibly proud to be a part of UTA, which does this work on behalf of artists better than anyone in the creative community, and look forward to helping lead this team forward in this new position.”

UTA Co-President David Kramer added: “Over the course of his career at UTA, Jason has demonstrated an incredible ability to identify emerging and underrepresented storytellers, and amplify their voices within the film and television landscape. Like his clients, Jason is a dynamic thought leader, and I know that together he and Keya will help further expand the Media Rights Group’s success in discovering new artists and bringing their compelling stories to life.”

Richman has been with UTA since 2010.

01/12/2021 TV & Movies Comments Off on UTA Appoints Jason Richman Co-Head of Media Rights Group
Recent Posts
We and our partners use cookies on this site to improve our service, perform analytics, personalize advertising, measure advertising performance, and remember website preferences.Ok