Vikings’ main character Ragnar Lothbrok (played by Travis Fimmell) played a huge part in the History and Amazon Prime Video show. While his power was displayed many times over the years, he never stopped honing his skills. His prowess in the battlefield allowed him to survive, however fans have now noted something disturbing about his weaponry.

Throughout season four Ragnar began sealing his own fate.

As he continued to irritate a number of the powerful people around him, he also found himself becoming addicted to drugs.

However during a specific instance in season four, episode five – Promised – Ragnar could be seen training with some throwing knives.

As King Harald (Peter Franzen) looked upon Ragnar with some contempt, the warrior was practicing his aim by throwing knives at a suspended shield. 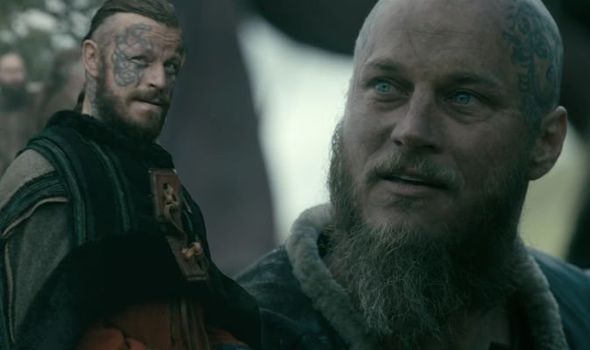 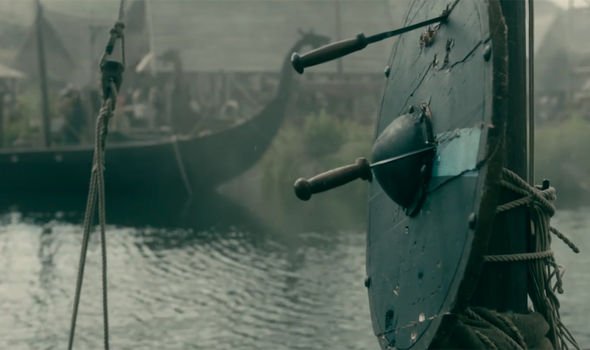 But fans have noticed that, during this short training session, Ragnar’s knives seem to appear in different spots in each shot.

“The positions of the knives as they are thrown into the shield changes between shots.”

Upon rewatching the episode the knives can indeed be seen stuck into the shield in different positions in each shot. 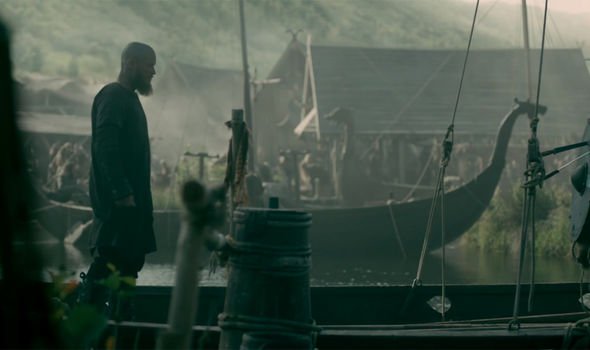 While this may have been a simple continuity error, could it instead have been a clue to Ragnar’s mental health state?

As the daggers looked to be changing places, could his lack of focus have seen his daggers falling down the shield?

Meanwhile, viewers have been discussing the potential return of Lagertha (Katheryn Winnick).

Fans will remember Lagertha was killed off in season six by Hvitserk (Marco Ilso) whilst he was hallucinating.

During Hvitserk’s horrific hallucination he saw Lagertha as a huge serpent creature, instead of a person.

Because of this, Hvitserk stabbed the creature – really Lagertha – and left her for dead.

But could Hvitserk have failed in killing Lagertha?

Although viewers saw Lagertha being buried, it is no secret she was a huge enemy for Ivar the Boneless (Alexander Hogh Andersen).

So, if the vikings were to hide Lagertha and use her as a secret weapon against Ivar, she may be on her way back to the show.

It would also mean she is due to return in the upcoming second half of the season, which will bring the show to a close.

Vikings is available to stream on Amazon Prime Video.

This article contains affiliate links, we may receive a commission on any sales we generate from it. Learn more

Related posts:
05/22/2020 TV & Movies Comments Off on Vikings blunder: Key Ragnar season 4 scene had glaring continuity error – did you spot it?
Recent Posts
We and our partners use cookies on this site to improve our service, perform analytics, personalize advertising, measure advertising performance, and remember website preferences.Ok