Lagertha made a tough decision in the latest season of Vikings. Following her doomed journey back to Kattegat and her subsequent death, a brand new deleted scene has shed some light on the shieldmaiden’s final moments before the series returns to History and Amazon Prime Video.

However, the brave soldier was imbued with even greater purpose, and willed herself back to Kattegat to see her son Bjorn (Alexander Ludwig) and warn him of an impending attack from Ivar (Alex Høgh Andersen).

Her ill-fated journey back home was met with some confusion from fans, however, who questioned why the wounded Lagertha would choose to travel solo. 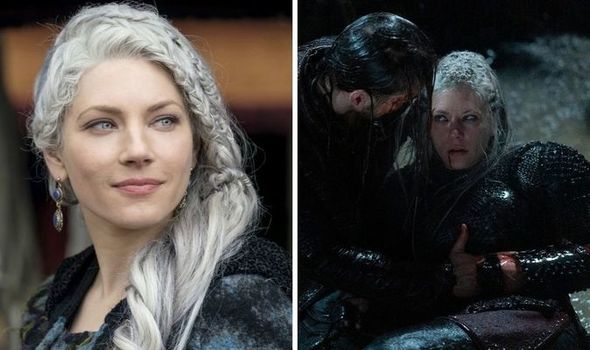 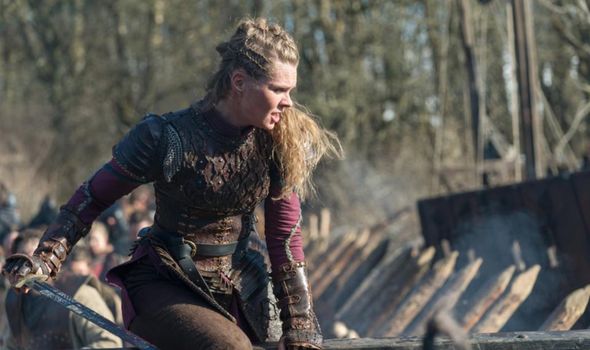 In the episode that aired, Lagertha tells Gunnhild (Ragnheiður Ragnarsdóttir) about her intent to return to Kattegat and meet with Bjorn, Ubbe (Jordan Patrick Smith) and Torvi (Georgia Hirst).

Now, a deleted scene between the pair has finally revealed the shieldmaiden’s reasoning for leaving Gunnhild behind in an exclusive for TV Insider.

The extended moment was revealed to fans in the DVD and Blu-Ray release of Vikings Season 6: Part 1, which was made available on October 13.

In the lengthened conversation, Lagertha staggers to her companion’s side in the extended moment, before divulging her plans. 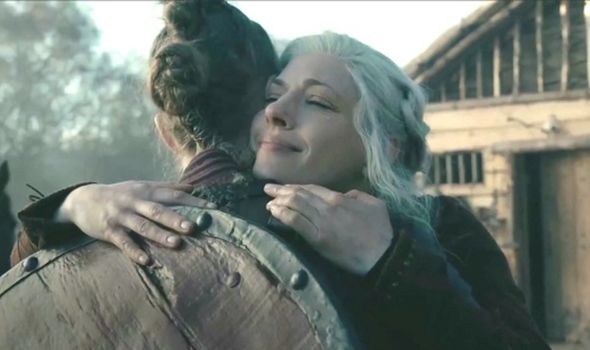 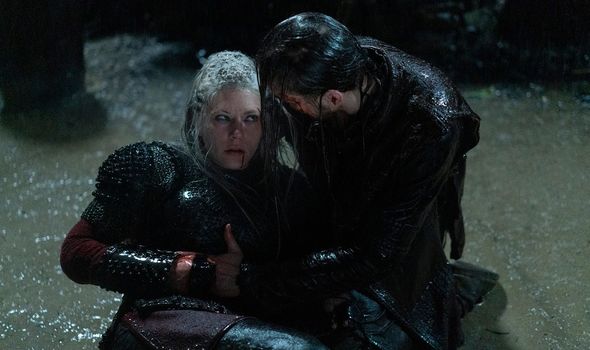 Gunnhild initially insists on returning by her side to be with her husband Bjorn, but Lagertha stops her.

She says: “No. You are wounded, and you are with child. With Bjorn’s child.

Thankfully, Gunnhild understood the former Queen’s commands and she agreed to stay and ensure the safety of her new child.

As the extended scene continued, Lagertha seemed to realise her time amongst the living would soon come to an end.

To a confused Gunnhild, she intones ominously that the world is coming to a conclusion.

Of course, her premonitions proved correct, as Lagertha fulfilled the Seer’s (John Kavanagh) prophecy and was struck down by a blinded Hvitserk (Marco Ilsø).

However, her time on the series lasted long enough to make one last request.

Heading out of the cabin, Lagertha made one last plea to both Gunnhild and the audience: “Don’t forget me.”

Although there are still ten episodes of the series to go, fans won’t be forgetting one of Vikings’ most enduring and beloved characters any time soon.

Plus, the series’ new home release has treated fans with even more Lagertha content, including a new featurette, The Legacy of Lagertha, detailing the iconic shieldmaiden’s journey.

Vikings Season 6, Part 2 should return in 2020 on History and Amazon Prime Video.