Vikings season six part two should hopefully air on Prime Video and the History Channel before the end of 2020. The final instalment will see Ivar the Boneless (played by Alex Høgh Andersen) face the consequences of his actions leading up to the Rus battle. Fans are keen to find out more about why actress Ida Marie Nielsen left the series as Margrethe.

Why did Ida Marie Nielsen leave Vikings as Margrethe?

Margrethe was introduced in season four of Vikings as one of Aslaug’s (Alyssa Sutherland) slaves, and she became a shared lover to Ragnar’s (Travis Fimmel) sons.

She was first attracted to Ubbe (Jordan Patrick Smith), but when Ivar saw the pair together he wanted her to himself.

Margrethe then partnered with Ubbe and Ivar’s other brothers – Hvitserk (Marco Ilsø) and Sigurd (David Lindström), and they arrange for Margrethe to spend a night with their “crippled” brother Ivar.

Ivar became insecure when he realised he could not ‘perform’ as Margrethe had expected him to, and he became a laughing stock amongst his other brothers.

Ivar had threatened to kill her if she ever told his brothers what had happened, and he continued to taunt her due to her deceit. 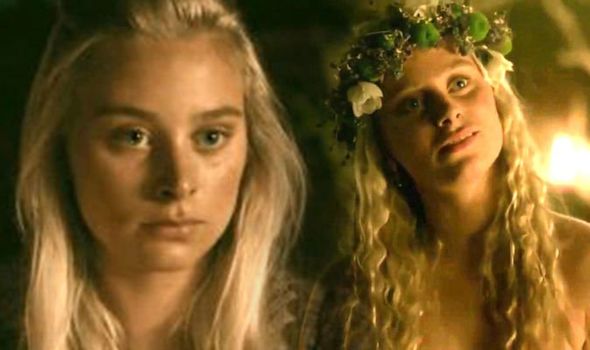 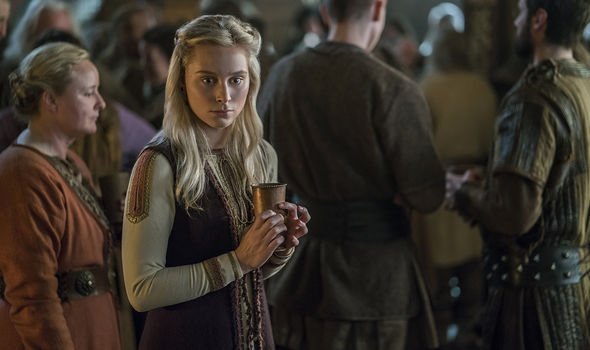 She ended up marrying Ubbe as she wanted to become the queen of Kattegat, and her desire for power made her spiral to insanity.

Margrethe had planned to kill Ubbe’s brother Bjorn Ironside (Alexander Ludwig), who was ruler of Kattegat at the time, so Ubbe could take up his position.

Realising Margrethe’s intentions, Ubbe ended up falling out with her and due to her actions, she was chained up and left behind.

Hvitserk ended up rescuing her, blind to her madness, and she tried to convince Hvitserk to kill his brothers so he could be king and she could be queen.

In the end she was killed by a group of men who had presumably been sent by Ivar. She tried to escape but she had a knife thrown in her back, before suffering another fatal blow.

While some of the characters from the series are based on real historical figures, Margrethe was created especially for the show. 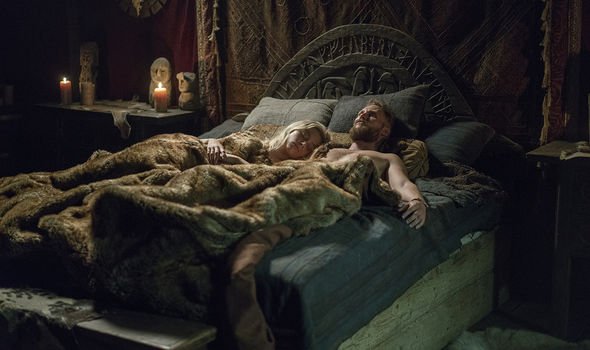 No official reason has been given for why the actress left the series, but it was presumably because she was only meant to be a temporary obstacle for Ragnar’s sons as they face a power struggle.

The star shared a video on her social media counts of herself crying as she discussed her character’s death, so she may not have been ready to leave the series.

In October 2019 she gave fans a behind the scenes tour of the Vikings set on her Instagram account, and she welcomed fans to her “home” in Kattegat.

She said the tour had been a “trip down memory lane” as she had originally filmed the videos while she was still a part of the series.

Nielsen decided to share the videos three years later, saying she had been feeling nostalgic.

The 24-year-old has only starred in a short film after leaving the series, called Mennesker & Meninger. Before joining the cast she had taken on roles in the TV series Anna Pihl and Aftenshowet.

As she had no other projects in the pipeline, it is likely the star left the series as her character was only a supporting role. 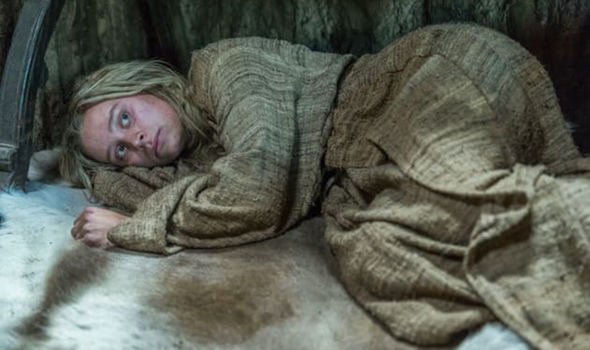 According to her Instagram, she is studying physical theatre at Scenekunst, so her studies may have taken priority.

Her most recent Vikings post was in April 2020, when she shared some photos of herself as Margrethe after she had been chained up and left.

She said: “Trailer selfies w Margrethe, she isn’t in a hopeful mood… But I most certainly am! Sending lots of loveeee and hugs and kisses [sic].”

Fans were quick to give her plenty of praise for her performance, with one commenting: “Your character was crrrraaazy played it well.”

Commenting on her Instagram videos from behind the scenes, another fan said: “You are the best actress, and my reason to see Vikings.”

Despite leaving the series in season five, she continues to share memories with her fans on social media and posted a photo from back in 2016 of Margrethe tied up with some pigs.

She said: “Throwback to me in a piggy stall. This was by far the coldest I’ve ever been on set. I remember every 5 minutes someone on set would ask me if I was okay.. and I get it, I looked very sick (thanks to makeup and hair). But not to worry!

“Between takes I had a huge jacket and shoes on. And the lovely ladies from costume hid a lot of warm water bottles under the hay. My biggest concern were my toes.

“In one of the takes, the big mama pig was nibbling on my big toe (that’s why I’m protecting my foot in the picture above, whilst plotting my revenge).”

Margrethe was a character fans loved to hate, as she became a temporary antagonist on a mission to dethrone Bjorn and take power for herself.

She may not be returning to the series, but the actress clearly loved her time on the show, and she has plenty of memories from her experience.

11/12/2020 TV & Movies Comments Off on Vikings explained: Why did Ida Marie Nielsen leave as Margrethe?
Recent Posts
We and our partners use cookies on this site to improve our service, perform analytics, personalize advertising, measure advertising performance, and remember website preferences.Ok