Virgin River is one of the most beloved shows on Netflix. Based on the book series by Robyn Carr, the series chronicles the romance between, Mel Monroe (Alexandra Breckenridge) and Jack Sheridan (Martin Henderson). Mel is a nurse who moves from Los Angeles to Virgin River for a fresh start. However, she doesn’t expect to get swept up by Jack, who owns the town’s bar.

Unfortunately, the couple’s romance hasn’t been picture perfect. Jack is awaiting the birth of his twins with his ex-girlfriend Charmaine (Lauren Hammersley). Meanwhile, Mel wants to start a family of her own. Now with so much happening, fans want to see the couple in therapy. 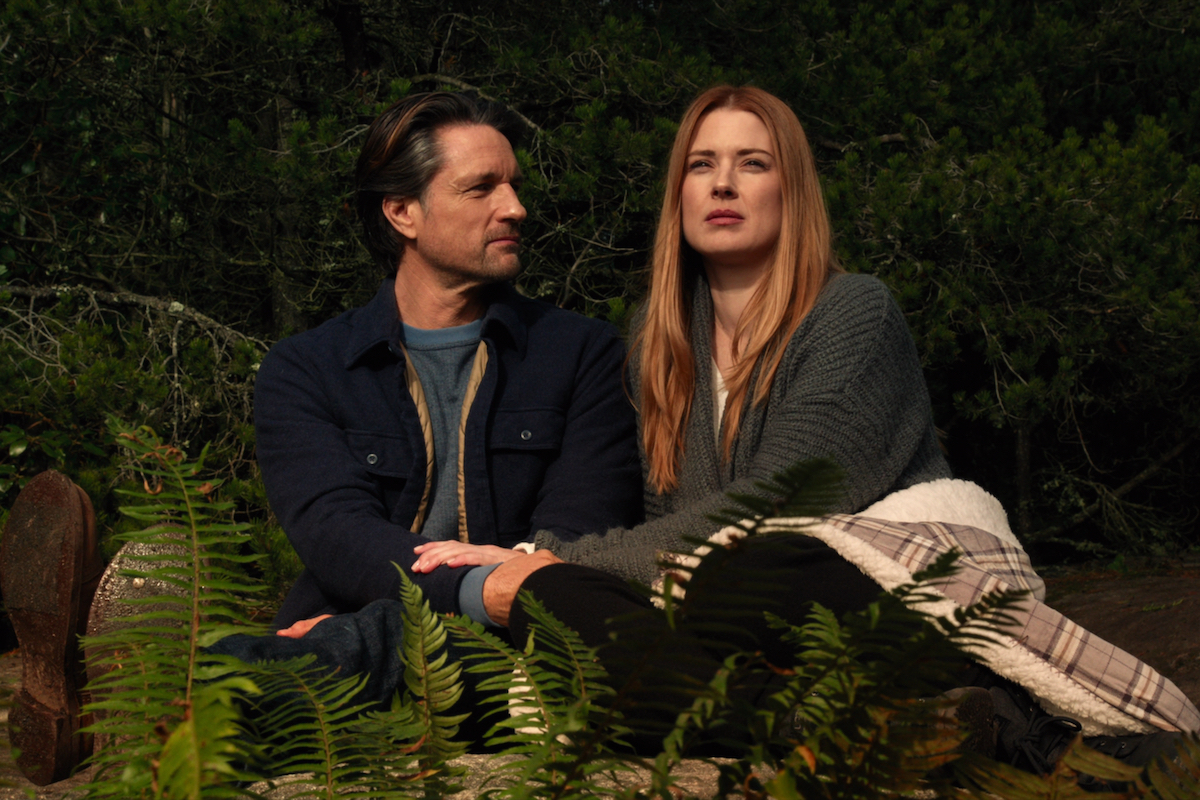 Virgin River is one of the most-watched series on Netflix. However, fans of the series have always been puzzled by the show’s timeline. After all, there have been three seasons of the series, but Jack’s former girlfriend Charmaine (Lauren Hammersley) who is pregnant with twins hasn’t even begun to start showing yet.

As we know there is usually about a three-week time jump between seasons which means that Mel has only been living in the small town for a very short time. From our estimation, it appears that only four months have passed since the pilot episode and the Virgin River Season 3 finale.

“Only a few months have passed since the first episode,” a Redditor explained. “Which means that maybe by the end of the final season, Charmaine will have given birth and Mel might just be starting her 3rd trimester, Lilly’s baby will have her first birthday party, and maybe, just maybe we’ll even find out who shot Jack and what happened to Paige.”

Since Mel has only been living in Virgin River for four months, and her relationship with Jack is so tumultuous that fans are hoping the duo heads to the couple’s therapy. “I hope the writers go down that route or at least that they make time for meaningful discussions between the characters to work through their issues and acknowledge the deep-rooted causes explaining their behaviors and decisions,” one Redditor said via Looper. “If they can go through this journey together, it would deepen their connection and strengthen their relationship.”

Another added, “They have been on 1 date. Been dating maybe 2 months tops. This is A LOT for any relationship to be able to survive. … Yes, therapy would help both of them.” Yet another fan suggested that viewers seeing Mel and Jack in therapy might be eye-opening for viewers. “Showing them going through therapy might be a good example for the viewers,” they explained. “It would show that ‘true love’ is not just a fantasy but actually requires work and communication!”

Will Mel and Jack break up in season 4?

If Mel and Jack try to figure this out on their own without the help of couple’s therapy, a breakup seems imminent. After all, Mel is going to be dealing with the stress of a pregnancy after a previous infant loss. Also, Jack is also going to be juggling his feelings about Mel’s pregnancy amid a custody showdown with Charmaine and her new husband.

Breckenridge believes that the couple is in for a tough road. “If it’s not Jack’s baby, Jack and Mel are naturally going to have some tough times ahead,” the actor told E! News via Hello! “It would be immensely difficult. That would be extremely challenging, especially for Jack. If he’s gonna stick around, if he’s devoted to Mel, that’s gonna be hard to have a baby that’s her dead husband’s baby. That’s just, like, asking a lot.”

Thankfully, Virgin River showrunner Sue Tenney has promised to reveal the truth about Mel’s baby’s paternity before the end of season 4.