Something Wanda this way comes.

Following a Marvel-less 2020, the MCU will kick off back-to-back-to-back-to-back entries this year with the Elizabeth Olsen and Paul Bettany starrer, WandaVision. Ahead of its impending debut, Disney+ dropped a new spot offering another look at the still-confounding series.

The biggest news of note is that WandaVision is confirmed to be nine episodes (with the finale to air the week ahead of The Falcon and The Winter Soldier‘s March 19 premiere) and several will feature original sitcom themes by Oscar-winning Frozen songwriters Kristen Anderson-Lopez and Robert Lopez.

Here’s a snippet of one in this preview:

“We loved the bright feeling of American sitcoms mixed with the deep sense of unease the story had, and it was a really inviting challenge to help set that tone,” says Lopez, with Anderson-Lopez citing I Love Lucy, The Brady Bunch and Family Ties as inspirations for their tunes.

Disney+ also recently debuted TV-themed character posters for its four stars, which are well worth a breakdown of their own. 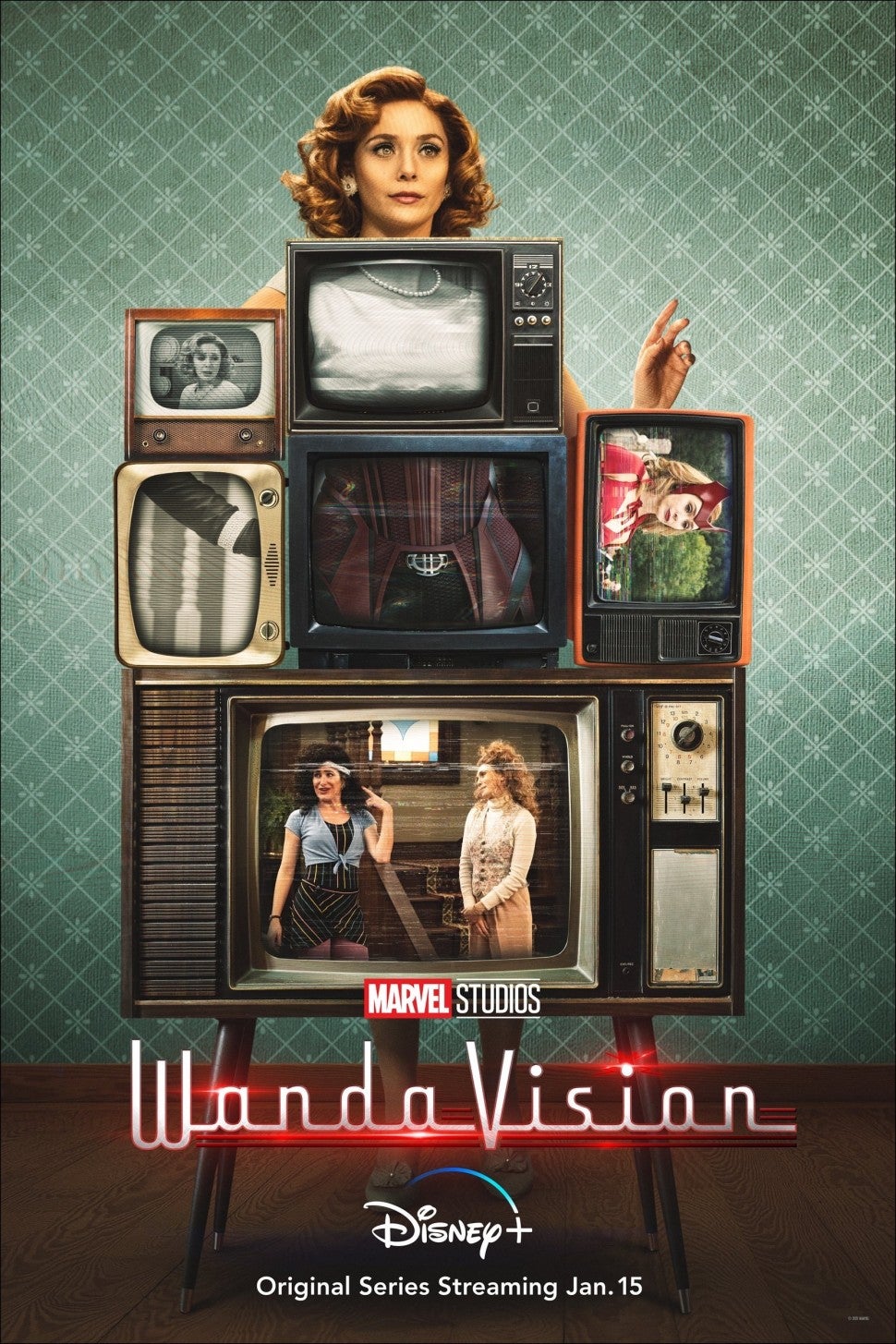 The furthest right frame provides another look at Wanda in a comic-accurate headpiece — used as part of a Halloween costume within the series — while the hip frame appears to hint at a new Scarlet Witch suit for future MCU outings. 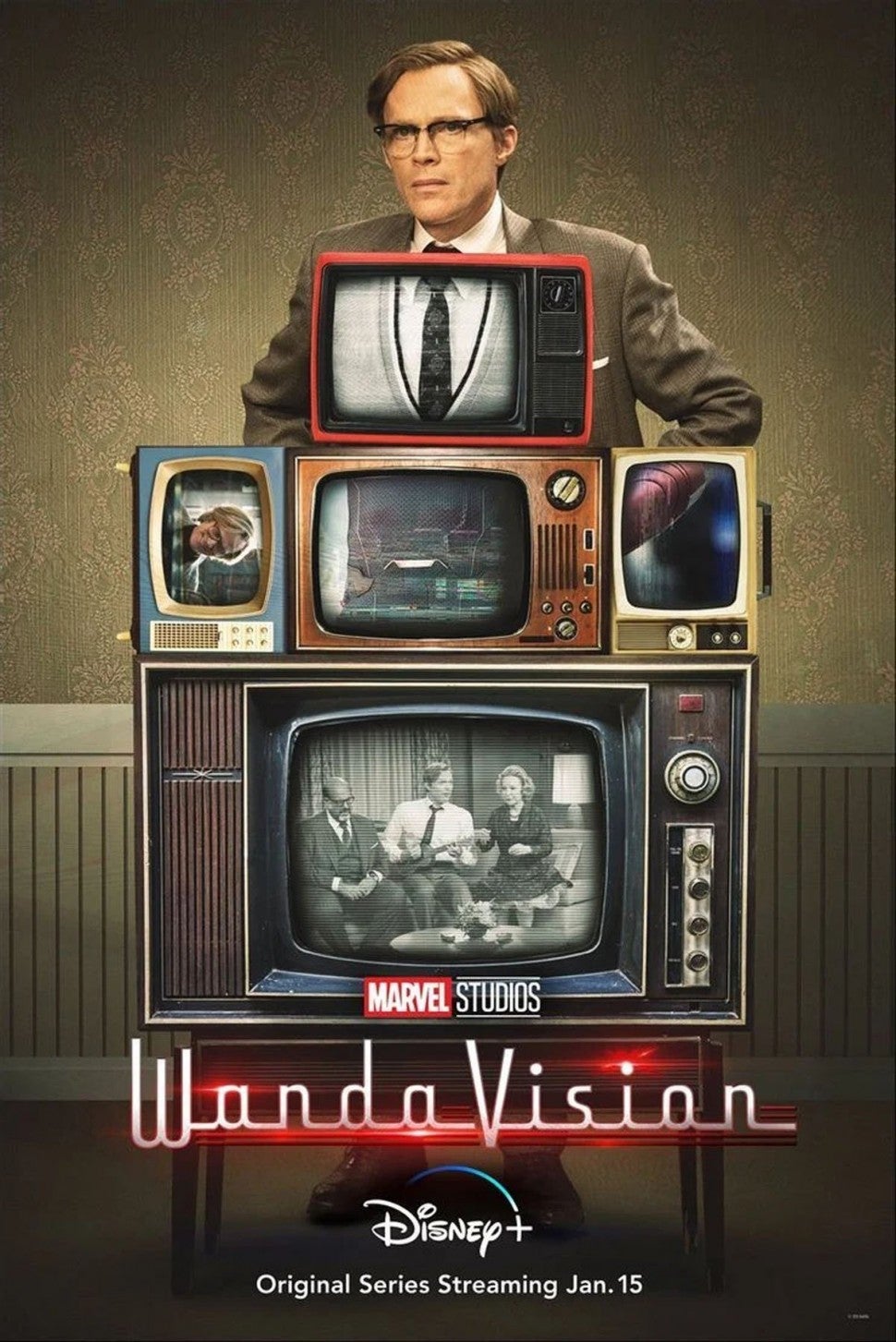 Vision’s one-sheet mainly focuses on him in civilian mode, with the main takeaway being we’ll apparently get to see a singalong with him and their other nosy neighbors (Fred Melamed and Debra Jo Rupp). 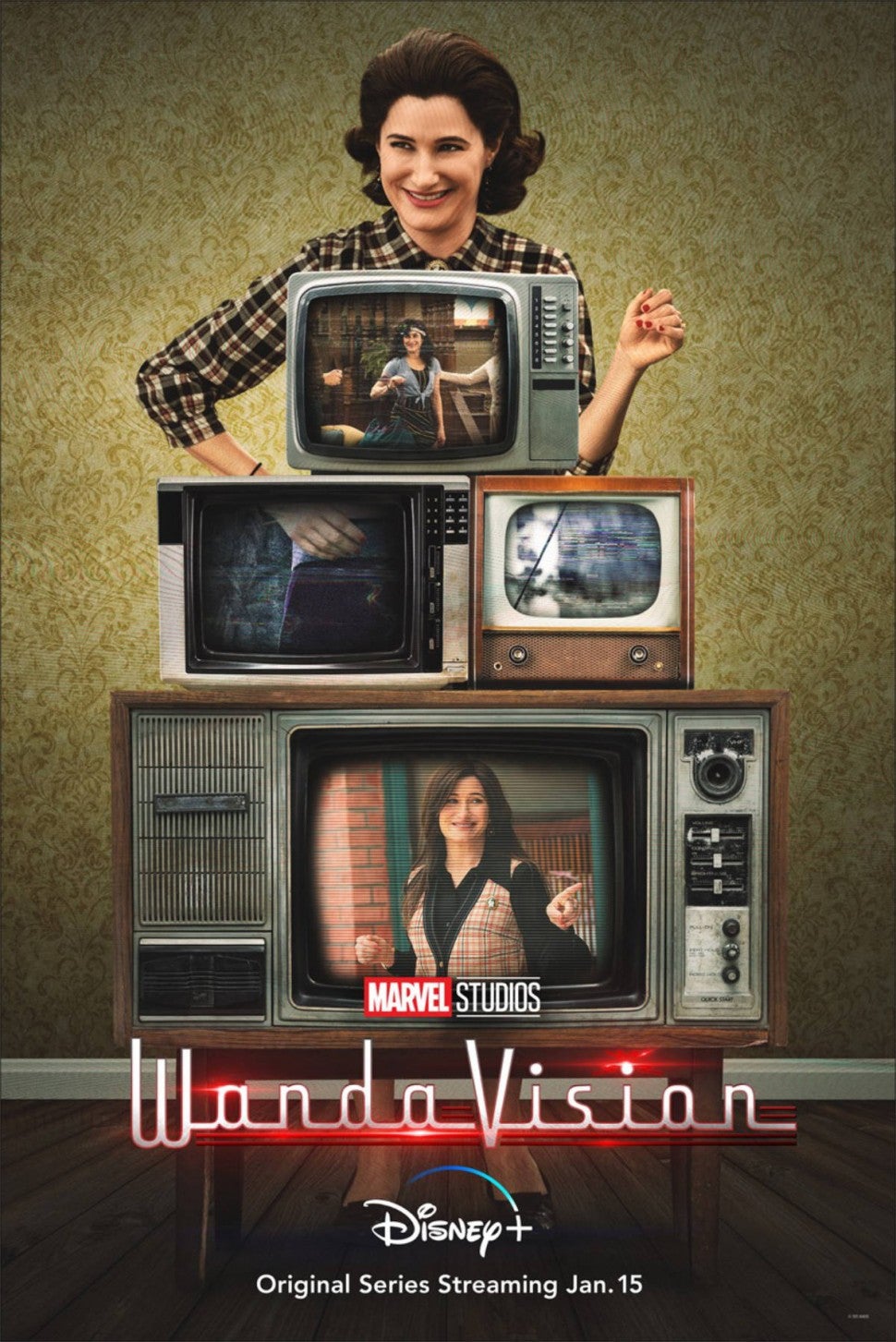 Originally teased as the sitcom-requisite nosy neighbor, Hahn’s character was later introduced as Agnes. Fans quickly made a connection to comic book witch Agatha Harkness. But what’s that in the black-and-white frame in the center? Some suspect it could be a marionette string, which would imply some great machinations on Agnes’ part. 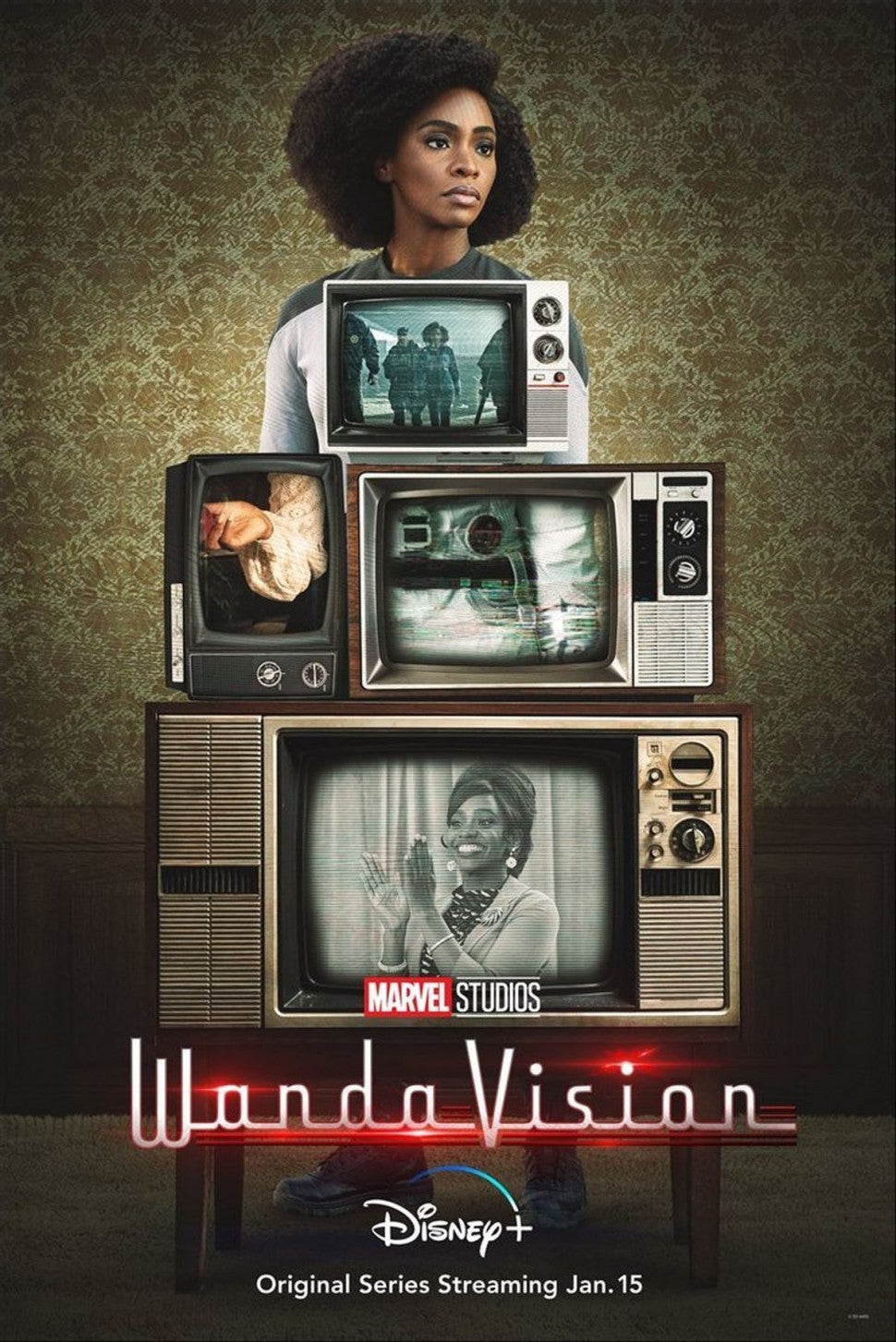 Monica’s poster seemingly provides our first look at her donning her very own super suit. In the comics, Monica goes by a few names — including Captain Marvel, Photon and Spectrum, with the former two dibsed in the MCU — so this is likely her Spectrum suit. But is the astronaut-like midsection previewing a prototype? All will be revealed soon enough.

01/04/2021 TV & Movies Comments Off on 'WandaVision' Teases More Clues to the Superhero-Sitcom Crossover
Recent Posts
We and our partners use cookies on this site to improve our service, perform analytics, personalize advertising, measure advertising performance, and remember website preferences.Ok