Two-hour public funeral of the late reality star was recorded 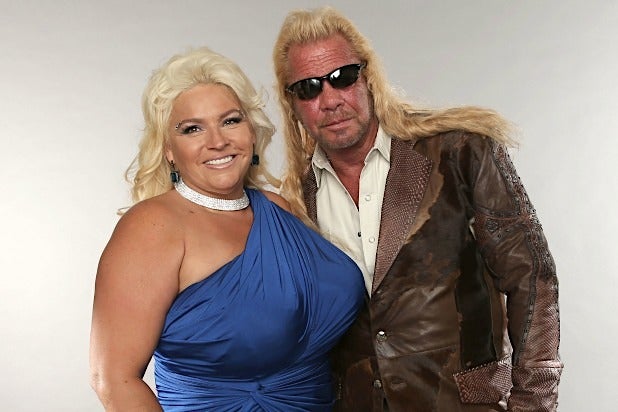 If you missed the live-streamed memorial service for Beth Chapman, star of “Dog the Bounty Hunter” and “Dog and Beth: On the Road” Saturday, no need to fret — you can still watch the moving two-hour event online.

The funeral at the Heritage Christian Center in Aurora, Colorado, was recorded and is available for viewing on the “Dog’s Most Wanted” Facebook page or by clicking here.

Chapman’s husband, Duane “Dog the Bounty Hunter” Chapman, sat in vigil on the stage as family and friends paid tribute to Beth. At the end of the service, Dog spoke, his voice cracking as he said, “I can’t believe she’s gone.”

“She was so gorgeous,” he told the mourners. “People would say that and she wouldn’t never believe it, but I told her all the time she is gorgeous, she was so pretty.”

Earlier in the week, Dog sat down with “Entertainment Tonight” to discuss his wife’s death. “For two to three years, she knew this might happen. So she would say, ‘Who is going to sit next to you?’ And I said, ‘No one,’” he said in the interview. “‘Big Daddy, you better not let another girl take my place.’ I said, ‘I won’t.’”

Chapman died on June 26 from throat and lung cancer at age 51. She was placed in a medically-induced coma the weekend prior at Hawaii’s Queen’s Medical Center amid her battle with Stage 2 throat cancer.

There was a smaller memorial service in Hawaii, and she was cremated, as per her final wishes.