Another week down, another slate of TV award nominations released, many from the entertainment industry’s guild organizations, which aim to celebrate the best craftspeople in their respective fields for their work behind-the-scenes.

The TV awards distributed during these events exist largely unstuck in time. While their film counterparts are all (pretty much) adhering to similar eligibility schedules, which typically run from January 1 through December 31 (though 2020 has seen more organizations extending the film eligibility period through February 28), there is no such unity on the TV side. Some organizations held fast to their January through December window, others opted to extend eligibility through February, as well. Still other groups had already altered their eligibility windows in 2019 to account for a disproportionately early Oscars ceremony, only to slam directly into a pandemic that would further turn schedules upside down.

On the one hand, the issue is that because of the existence of a film awards season and the ultimate goal of building toward the Academy Awards, guilds find themselves making schedule adjustments based on what the Oscars do. It’s a system that always finds TV getting the short end of the stick, as the Emmy Awards march to the beat of their own drummer, with no discernible concern for the overall prestige of the TV industry itself.

Long story short, that’s why a series that aired 17 months ago (HBO’s “Watchmen”) found itself getting multiple TV guild nominations this week, a full six months after winning 11 Emmy Awards.

All of this eligibility calendar mishegoss could be largely scrubbed if the TV Academy would switch to an eligibility calendar that actually reflected the medium’s year-round release cycle, similar to the windows used by every other awards body in Hollywood. It’s a move that wouldn’t hurt the prestige of the Emmy Awards and, in all honesty, would likely burnish them further, with other awards playing into a buzz cycle that the Emmy Awards would then be the ultimate arbiter of.

Regardless, here’s a look at the awards nominations from the past week and why this particular crop has spurred such a frantic response. 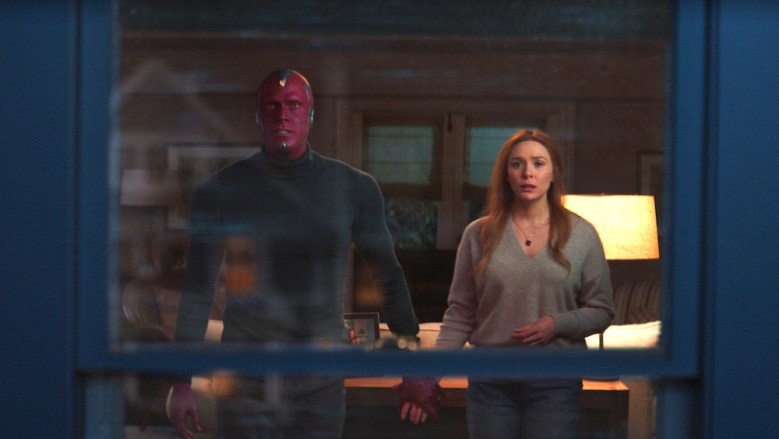 Speaking of adjusted eligibility, this year’s crop of DGA TV nominees came from an extended window that ran through February, which allowed for some of the freshest nominations the guilds have seen yet. Specifically, Matt Shakman, director of Disney+’s “WandaVision,” scored the show’s first major awards nomination for his work on the limited series, which just aired its finale March 5.

It’s a fun feather in the cap for a series that sparked so much buzz and all the more reason not to count Marvel out when Emmy time arrives.

Other notable developments saw multiple DGA nominations for Apple TV+ comedy darling “Ted Lasso,” as well as multiple noms for HBO’s long-running “Curb Your Enthusiasm.” Plus, a wide open field allowed for a few first-time nominees to sneak into the Drama Series category, including AMC’s “Better Call Saul” and Disney+’s “The Mandalorian.”

A full list of DGA nominees can be found here.

The producers picks for nominations were largely what one might expect for the current state of TV, but that doesn’t make them any less exciting. Plenty of new blood scored mentions, with Netflix’s “Bridgerton,” HBO Max’s “The Flight Attendant,” and “Ted Lasso” all getting PGA noms for their first seasons. Even more significant: Each of the three freshman series also nabbed nominations from the DGA. Other shows earning noms from both of the prestigious guilds include HBO’s “The Undoing” and “Curb Your Enthusiasm”; Netflix’s “The Queen’s Gambit” and “Ozark”; Disney+ originals “The Mandalorian” and “Hamilton”; and AMC’s “Better Call Saul.”

Plus, let’s give special shout-out to HBO’s “I May Destroy You,” which earned a PGA nomination and deserves all the accolades it can get.

A full list of PGA nominees can be found here.

The American Cinema Editors Eddie nominations are where this weeks announcements began to get more strange. While ACE opted to extend the eligibility window for films through February, it held fast to its typical window for TV — sort of. TV competitors needed to air by the end of December to be considered for competition, but the beginning of the eligibility window actually began on November 2, 2019, thanks to a shortened TV eligibility window the previous year (which was a change made due to an earlier Academy Awards ceremony).

All that is to say perhaps the most significant nomination to crop up from the Eddie Awards announcement was the inclusion of Anna Hauger for her work on the “This Extraordinary Being” episode of “Watchmen.” (If you really want to geek out about “Watchmen” nerdery, Hauger was nominated for an Emmy award for her work on the episode. Two other “Watchmen” editors, David Eisenberg (“It’s Summer and We’re Running Out of Ice”) and Henk Van Eeghen (“A God Walks into Abar”), were also nominated for Emmys in the category, with Van Eeghen winning the award. Eisenberg, however, was nominated for an Eddie for his episode last year, but was defeated by Tim Porter of “Game of Thrones.”)

Other than a surprise return of “Watchmen” to competition, there were a lot more of the usual suspects making their marks with editors, including “Ted Lasso” scoring two nominations, plus two nominations for FX’s hilarious “What We Do in the Shadows.”

A full list of Eddie nominees can be found here. 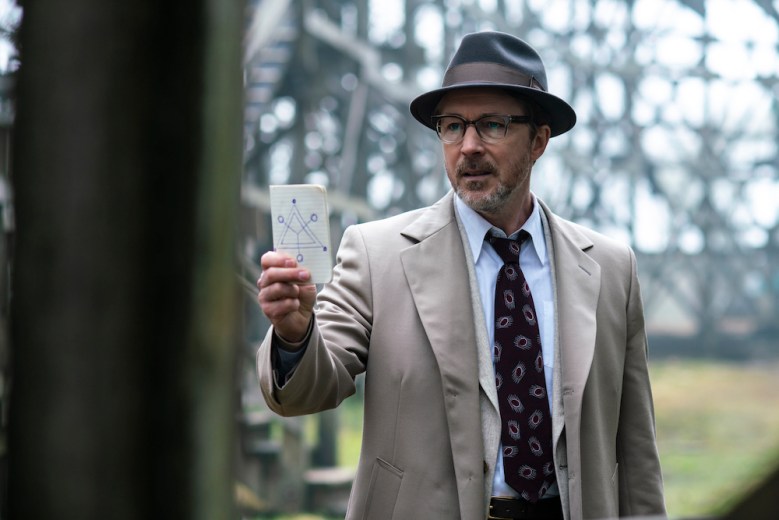 And if you thought the Eddie Awards eligibility calendar for TV was wild, you’re going to love the American Society of Cinematographers Awards competitive window, which likely had similar reasoning for adjusting its calendar last year in light of the Oscars. Though their window closed at the end of December, it opened — wait for it — October 1, 2019. That’s right, the stuff that aired a week after “Fleabag” won Outstanding Comedy Series has just gotten nominated for a new batch of awards. It’s not that it’s a colossal issue, but the pandemic’s distortion of time means that the ASC eligibility window feels like a wormhole and the other side is not just pre-pandemic, but pre-the pandemic being a twinkle in anyone’s eye.

So “Watchmen” again makes an appearance among the nominees, and this time its presence is even more significant because it’s the first time the limited series could have been nominated for an ASC award, as it originally debuted on October 20, 2019. Gregory Middleton, who won the Emmy for his cinematography on the series, will face off against cinematographers from HBO’s “The Plot Against America” (which premiered March 16, 2020), Hulu’s “The Great” (May 15, 2020), FX’s “Fargo” (September 27, 2020) and “The Queen’s Gambit” (October 23, 2020) for Motion Picture, Limited Series, or Pilot Made for Television.

And while there were plenty of usual suspect nominations to go around, including multiple mentions for “The Crown’ and “The Mandalorian” there were also some bonkers surprises, including two nominations for History’s cancelled UFO series “Project Blue Book” and a nod for a YouTube Premium show “The Impulse” that I have legitimately never heard of before. What a ride.

A full list of ASC nominees can be found here.