But what really is the "eagle" and how do you do it? Here's what you need to know about the position breaking the internet. 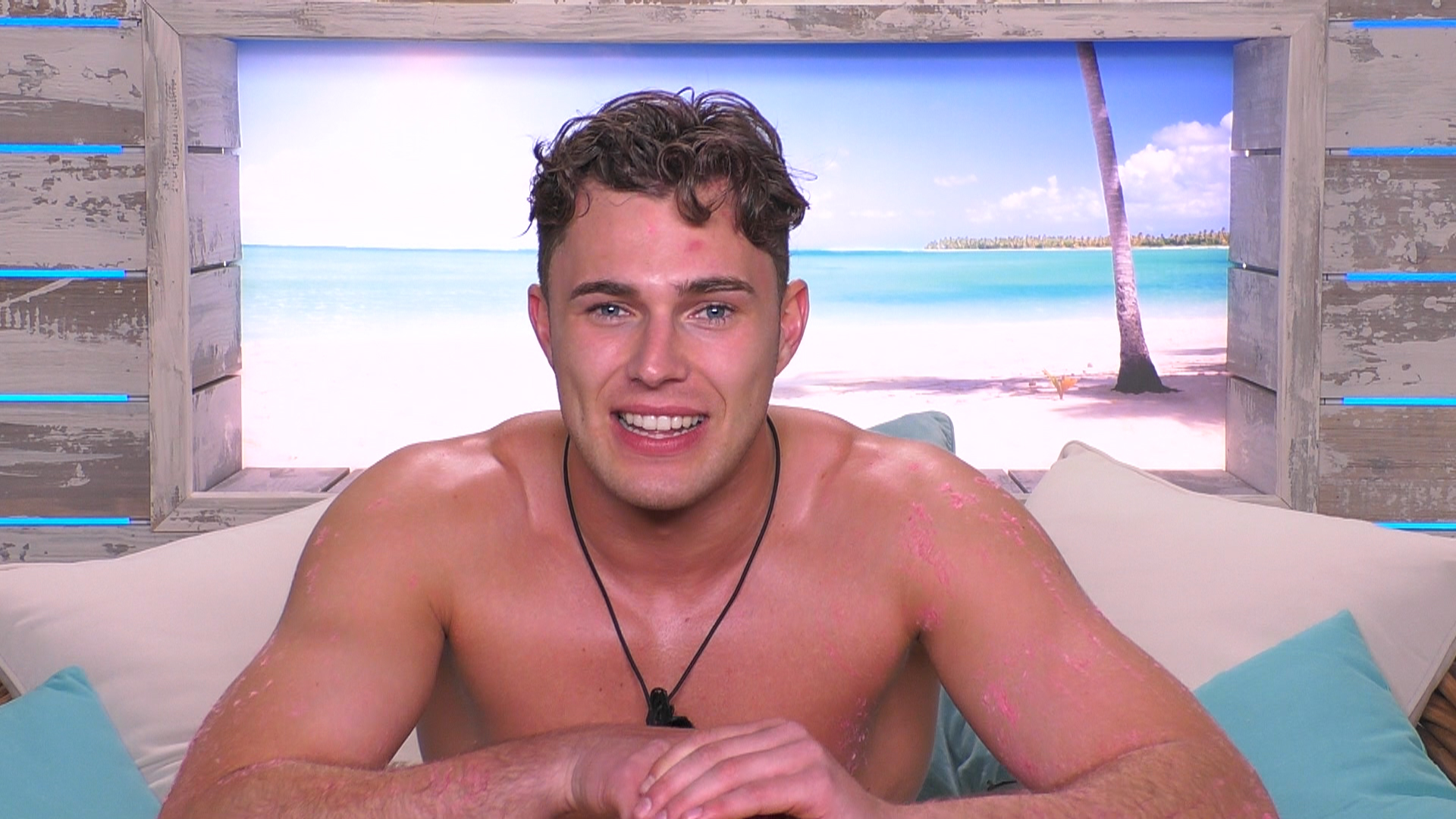 What is the eagle sex position?

The eagle is when one partner lies on their back with their legs spread apart, or spreadeagle.

It's said to be similar to missionary but with the person lying down having their legs wide and in the air, rather than straight and flat on the bed.

There are variations to the position, such as lying face down with legs spread, similar to doggy style.

Another variation is for the receiving partner's legs to be closed, and the penetrating partner's to be wide apart.

This variation is said to be better for stimulating the G-spot and the prostate gland and is sometimes called the peace sign position.

What happened on Love Island?

On the second episode of Love Island  contestants took part in a game called "Slide in the DMs".

Each Islander slid down a giant inflatable iPhone into some pink-coloured slime before collecting a card that revealed one of the contestant's secrets. 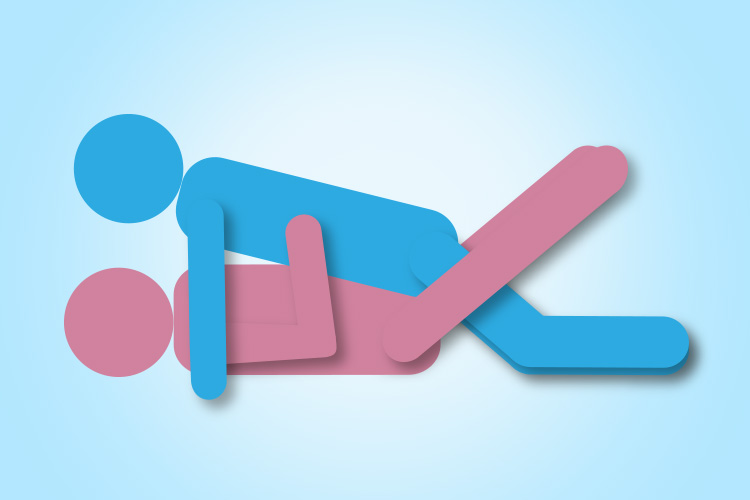 But it was professional dancer Curtis Pritchard who had the most baffling secret as the Islanders found out that the eagle was his favourite sexual position.

"The eagle is my favourite romantic position, we shall say," he said.

"I will leave you all to find that one out yourself because I'm not telling you what it is." 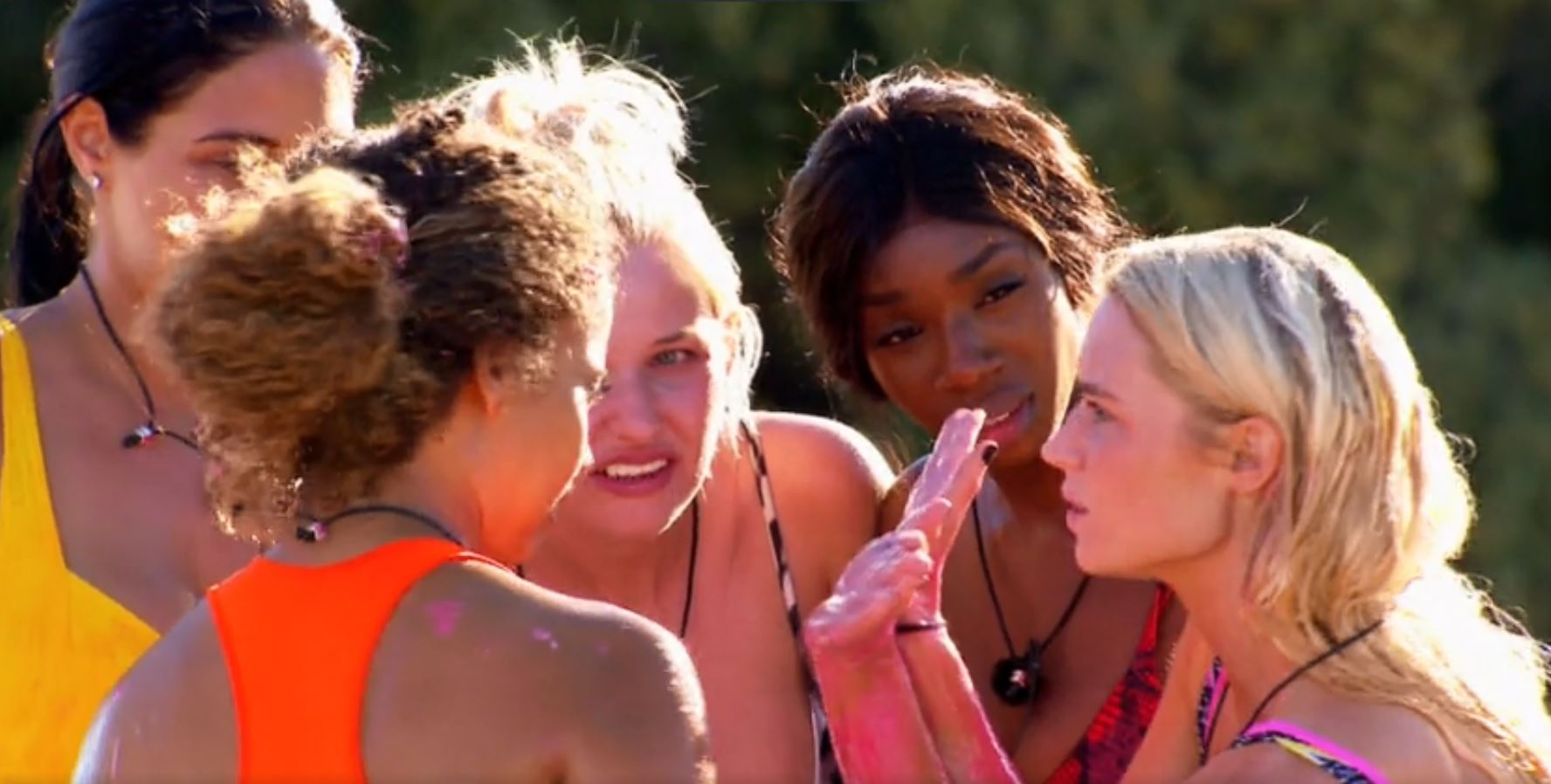 How did the eagle break the internet?

After the Dancing With The Stars Ireland pro revealed his favourite position is "the eagle", he told audiences at home he would leave them to figure out what it is for themselves. 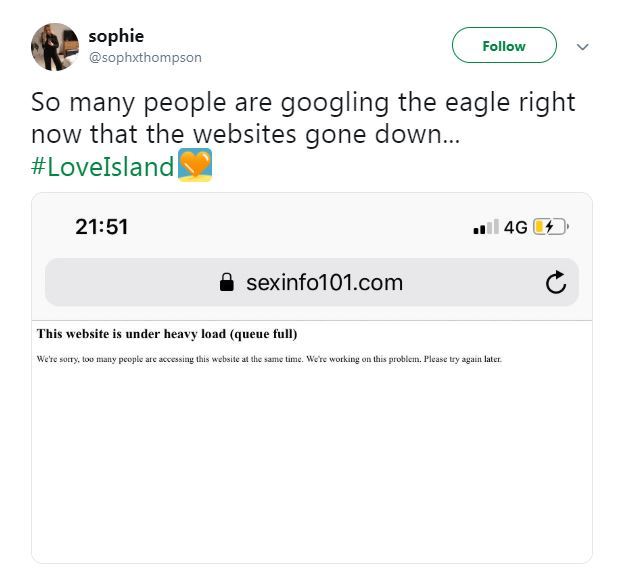 Love Island viewers tweeted grabs of the site sexinfo101 with an error message that said: "This website is under heavy load (queue full).

"We're sorry, too many people are accessing this website at the same time. We're working on this problem. Please try again later."

One fan said: "Take it I wasn’t the only person who was wondering what the eagle sex position is."

Another wrote: "So many people are googling the eagle right now that the websites gone down…"

One more tweeted: "Looks like we’re all googling what ‘the eagle’ is".

06/06/2019 TV & Movies Comments Off on What is the eagle sex position and how does Curtis from Love Island's favourite position work?
Recent Posts