It came as Chris and the other contestants were tasked with creating fettuccine in front of the judges, one by one. They were supposed to receive no guidance or instruction and the 56-year-old was up first in the tense BBC cooking competition. However, after it became apparent Chris was unsure about what he was doing, John Torode and Gregg Wallace steered him in the right direction, leaving Celebrity MasterChef fans fuming and asking: “Where’s the help for the others?”

“Chris, we would like you to make for us fettuccine,” John explained as Chris stepped into the kitchen.

He added: “Thin, flat ribbons of pasta with pesto and a parmesan tuile.”

“What is a tuile?” the former sportsman asked the judges.

“A tuile is like a little thin biscuit,” John clarified before asking: “Have you ever made pasta?” 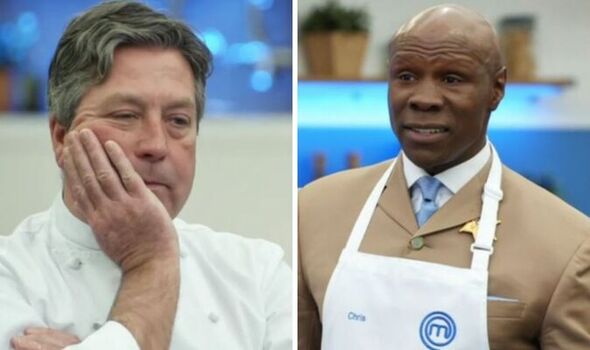 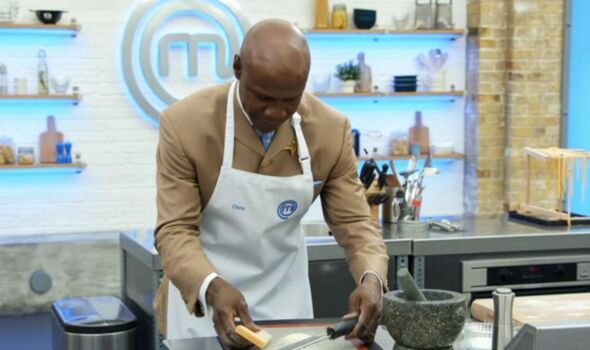 He went on to ask: “Will I have ready-made here?”

“No, because that’s the pasta dough, there’s the machine over there,” John detailed.

John then informed him it was time to start and his 15 minutes would begin. 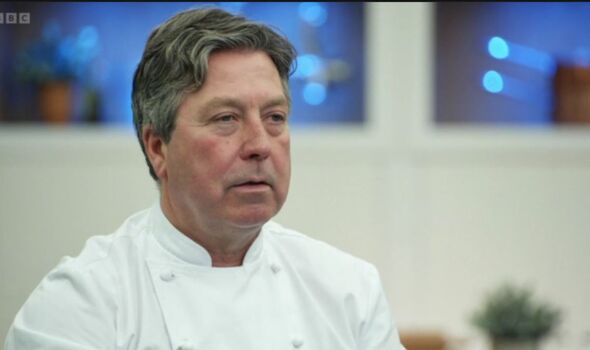 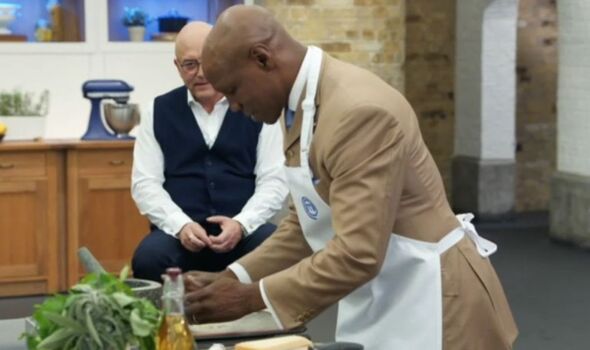 He added: “You’ve got a big lump of pasta there, and what you’ve got to try and do is get it through those rollers.”

The judges then encouraged Chris to start cutting before explaining to him where to leave the pasta strings.

“Next, you need to think about the tuile,” John stated. When Chris confessed he had “no idea” how to, John prompted him in the right direction.

“I put it in what?” Chris then questioned, to which John replied: “In the oven.”

“Yeah,” Gregg confirmed. It didn’t take long for disgruntled viewers to point out that Chris was receiving help.

Twitter user @davidwelling123 asked: “Where’s the help for everyone else? #MasterChef.”

@AnnaDunphy echoed this concern, writing: “Why did Chris Eubank get so much help? Are the lads just afraid he’s going to punch them in the face? #celebritymasterchef #MasterChef.”

@Melwelshbird added: “#MasterChef why are they helping Chris and not the others? His food has been so simple. I think it’s unfair.”

“#ChrisEubank can’t cook for s*** thank God he is the Greatest British Boxer of all time the Man is a living #GOAT Perfection as Always #Chris he always makes me smile #mrEubank where’s the man’s Knighthood Such an ambassador for UK sports and such a great celebrity #MasterChef,” @DruidCircus shared.

@Chellebab posted: “Was it written into Chris Eubank’s contract that he gets so much 121 help n guidance? #MasterChef #celebritymasterchef.” (sic)

MasterChef continues on Thursday at 8pm on BBC One.

08/18/2022 TV & Movies Comments Off on Wheres the help for the others? MasterChef fans blast judges for helping Chris Eubank
Recent Posts