FLEETWOOD Mac's guitarist Lindsey Buckingham, who is married to Kristen Messner, was reportedly dropped from the rock band's tour in 2018.

The musician went on to file a legal case against the group, claiming breach of fiduciary duty and breach of oral contract. Here's everything you need to know about him. 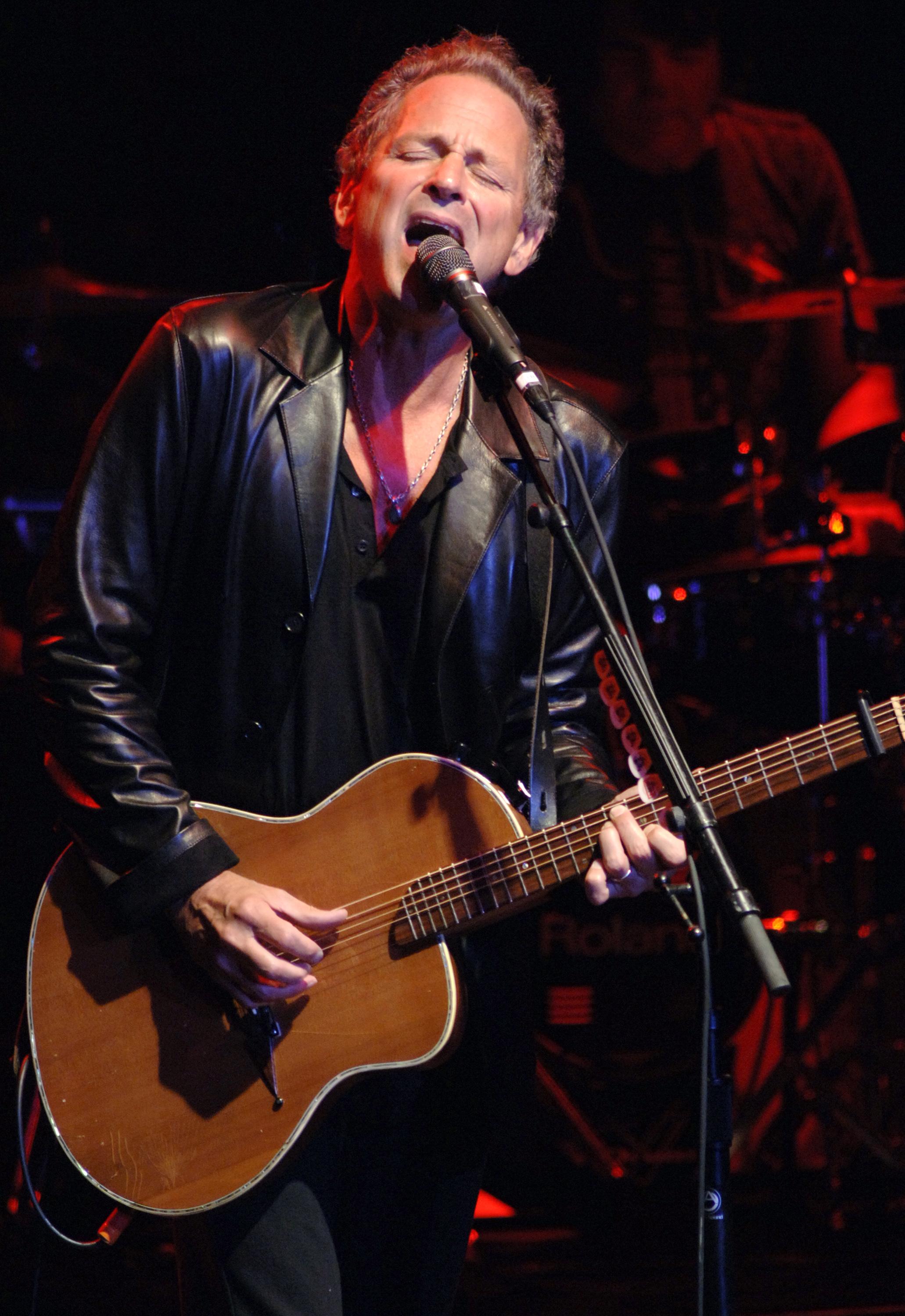 Who is Fleetwood Mac's Lindsey Buckingham?

Lindsey, who's famous for his fingerpicking guitar style, has previously been ranked 100th in Rolling Stone Magazine's list of The 100 Greatest Guitarists of All Time.

He first started playing the guitar as a young boy on a toy Mickey Mouse guitar until his parents splashed out $35 on a Harmony guitar.

He wrote and sung on tracks including Tusk and Go Your Own Way. 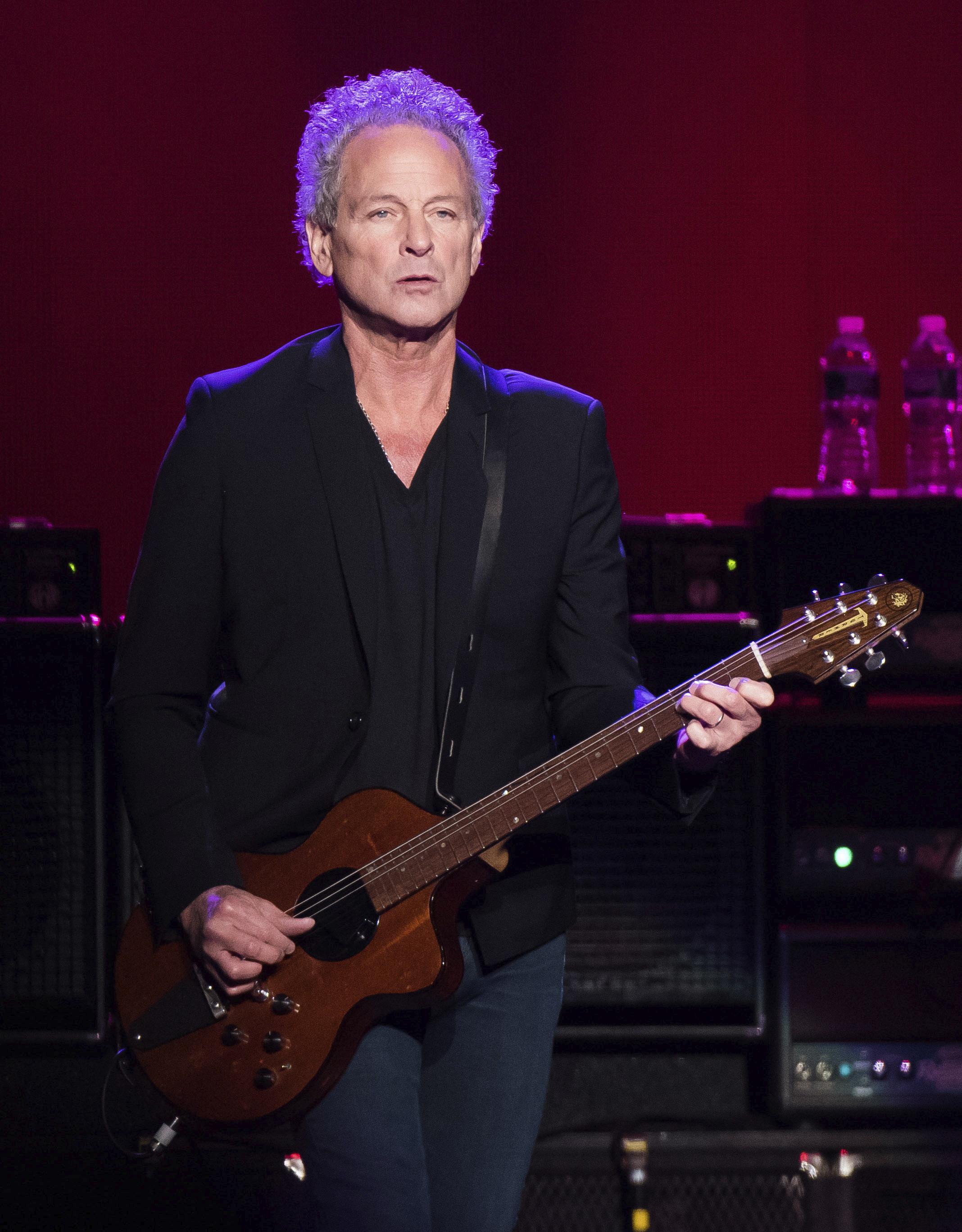 Why was Lindsey Buckingham fired from the Fleetwood Mac tour?

Lindsey was fired from Fleetwood Mac following a disagreement over the band's upcoming tour, Rolling Stone reported on April 9, 2018.

Following this, the star has decided to sue his former bandmates for sacking him.

He claims that he is still owed money from the band and he's hoping to get it with the court's help.

He'll be replaced by Mike Campbell of Tom Petty & The Heartbreakers and Neil Finn of Crowded House.

Fleetwood Mac issued a statement about the news: "We are thrilled to welcome the musical talents of the calibre of Mike Campbell and Neil Finn into the Mac family.

"With Mike and Neil, we’ll be performing all the hits that the fans love, plus we’ll be surprising our audiences with some tracks from our historic catalogue of songs.

"Fleetwood Mac has always been a creative evolution. We look forward to honouring that spirit on this upcoming tour."

Mick Fleetwood added: "Fleetwood Mac has always been about an amazing collection of songs that are performed with a unique blend of talents …

"We jammed with Mike and Neil and the chemistry really worked and let the band realise that this is the right combination to go forward with in Fleetwood Mac style.

"We know we have something new, yet it’s got the unmistakable Mac sound." 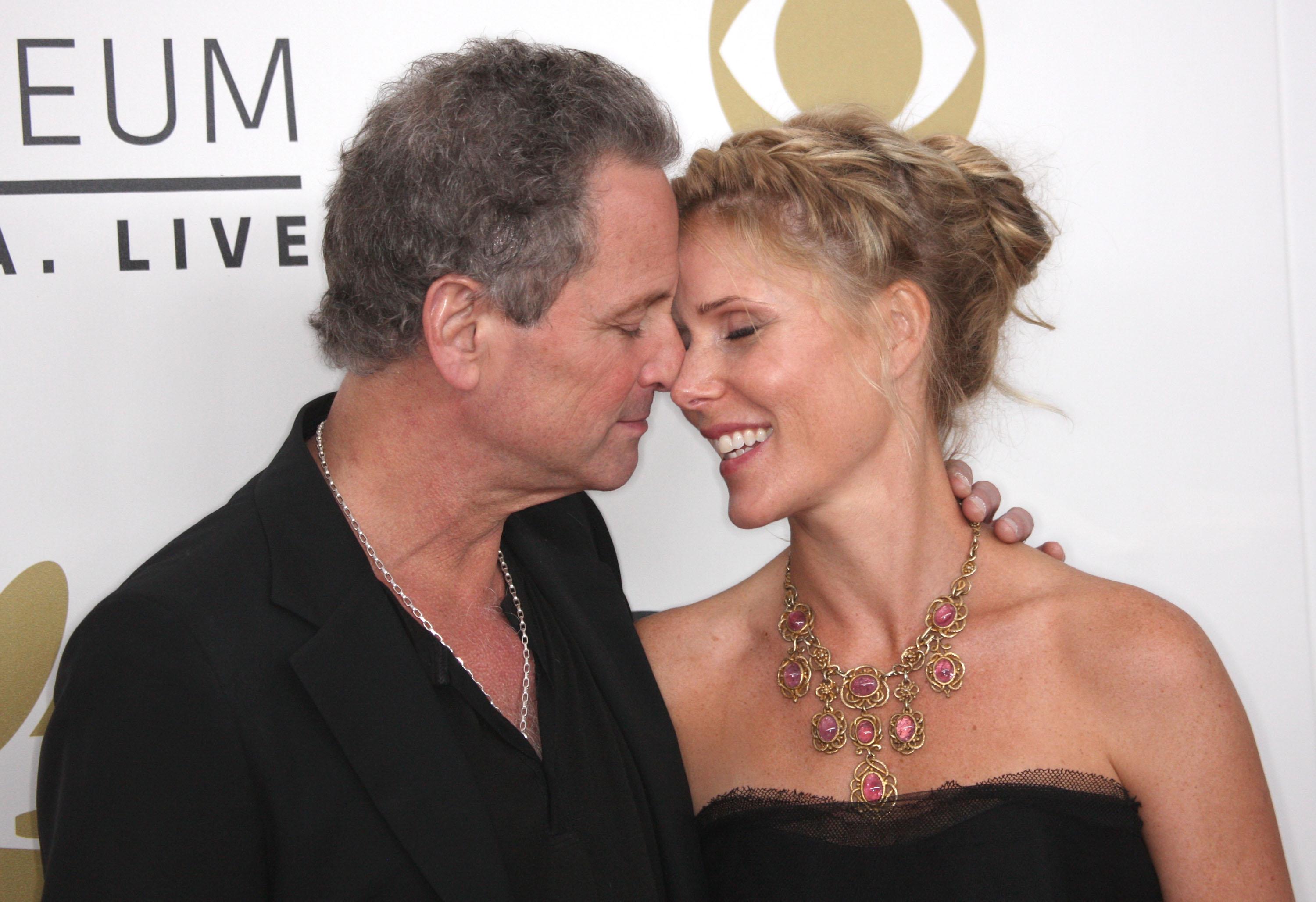 What did  Mick Fleetwood say about Lindsey Buckingham's departure?

Speaking exclusively to The Sun, Mick Fleetwood admits the acrimonious exit of guitarist Lindsey Buckingham 18 months ago could have marked the end of one of rock’s great names.

Mick says: “Lindsey’s departure was traumatic and a major change for the band, but we decided we wanted to carry on. We made the decision together. Of course, we could have just stopped  and it probably would have been an easy point to stop, but we definitely didn’t want to.

“Lindsay left fairly acrimoniously and we weren’t getting on well any more, and yes, it is a happier ship to be on. We have two new people in the band who have been hugely accepted and welcomed, but in many ways it does amaze me that we are still here all these years later, after all of the ups and downs.

“Me and John (McVie) sometimes talk about it — we look around and say, ‘How did that all happen?’”

Mick confirmed that he has not spoken to Lindsey since their bust-up, and added: “I don’t think there will be a point where the band’s former members all end up back in a good place together.

“If you’d asked me that years ago I would have said so, being the old dreamer that I tend to be.

“But now I just accept things how they are, and try to be civil and open. All of these lovely people have put their hearts and souls into Fleetwood Mac, and the franchise should absolutely honour those people in every  way, and it does.

“The music comes back to haunt everyone afterwards anyway — and usually that wins out in the end.”

MORE ON GIGS AND TOURS 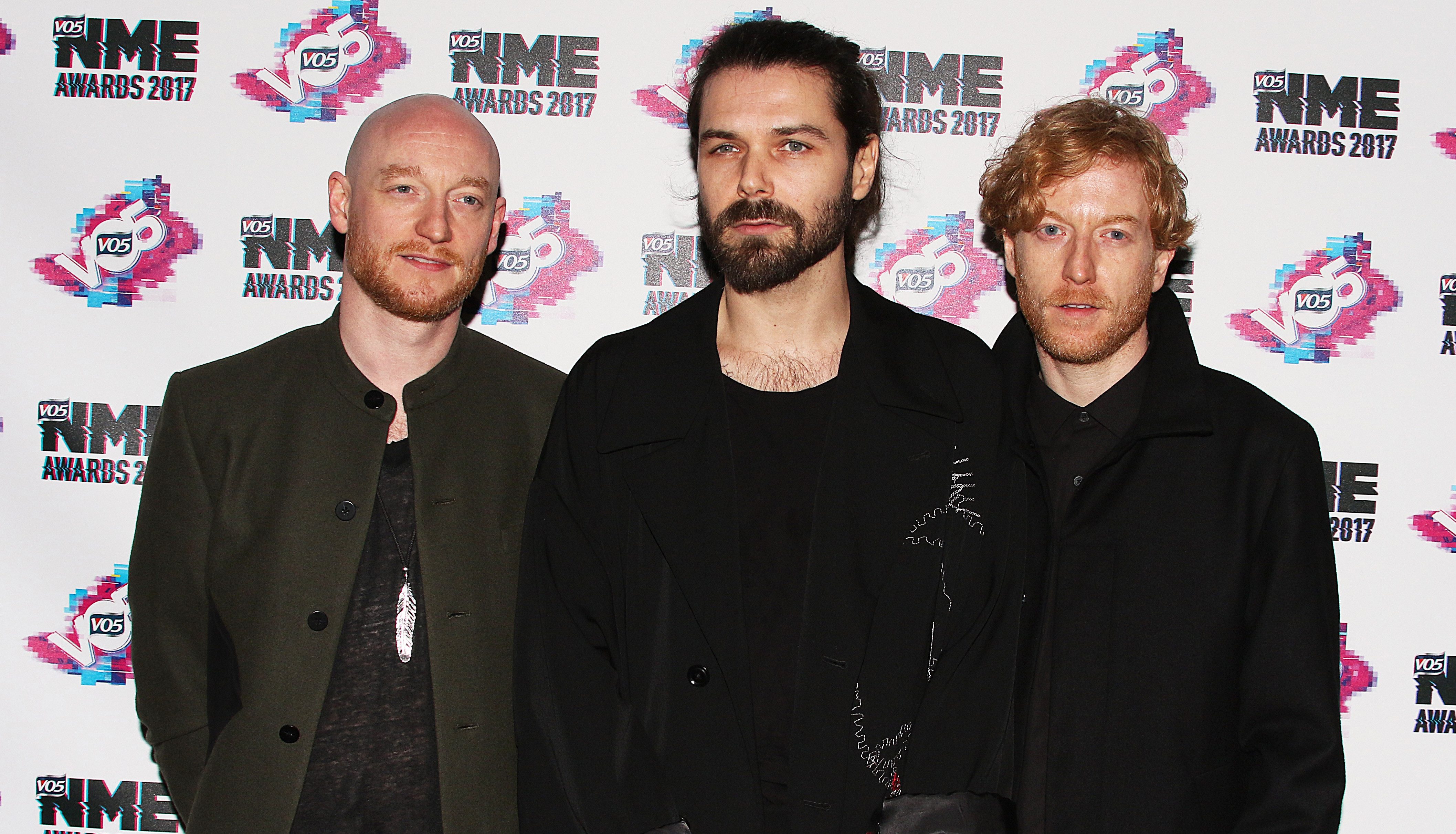 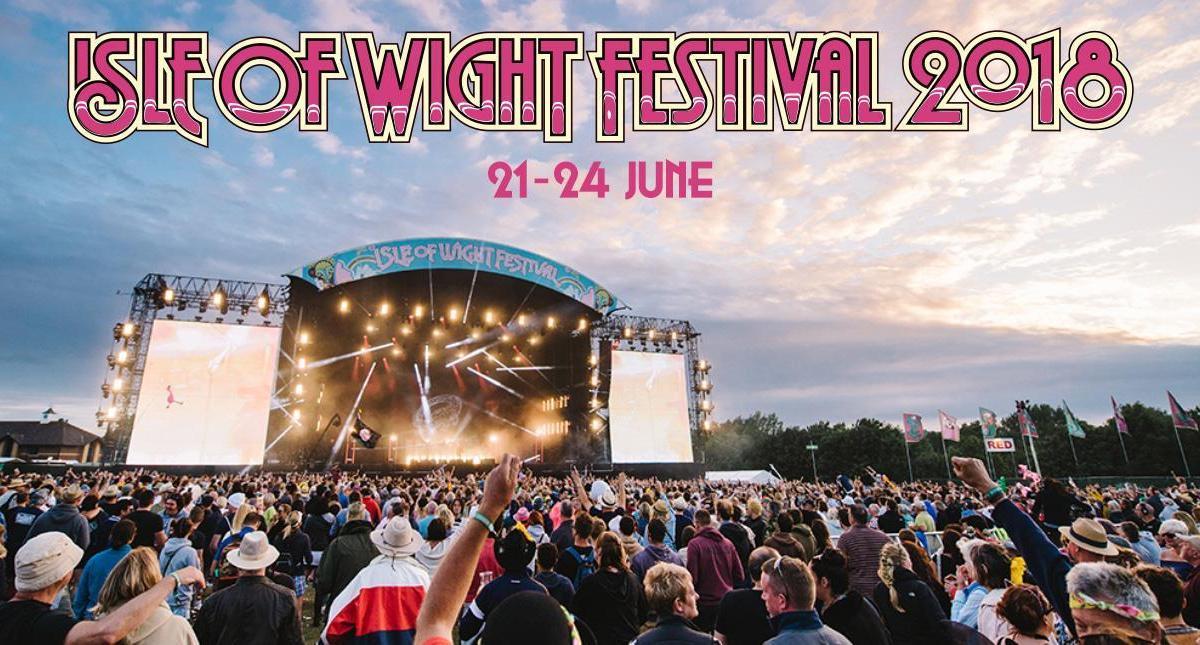 FESTIVAL FEVER Was the Isle of Wight Festival on TV and who was the host?

A LITTLE EZ-TRA Headlining acts at Isle of Wight Fest 2019, from George Ezra to Biffy Clyro

Who's his wife Kristen Messner?

The pair have three children together – William Gregory Buckingham, born in 1998; daughter, Leelee, born in 2000; and daughter Stella, born in 2004.

Buckingham has previously revealed he waited “a long time” for Kristen after dating a lot of "crazy" girlfriends.

He told the Las Vegas Review-Journal: "I had a lot of crazy girlfriends, and a lot of that was just an outgrowth of the lifestyle we were all leading.

“I did see a lot of friends who were parents and spouses — back in previous decades — who weren’t really there and kind of screwed up their kids, and were not there for their family situations.

"So I waited and I was lucky enough to meet someone relatively late.

“So it’s worked out really well. I got all that other garbage out of the way.”

06/18/2019 TV & Movies Comments Off on Who is Fleetwood Mac's Lindsey Buckingham, why has the guitarist been sacked from the tour and who's his wife Kristen Messner ?
Recent Posts