NICKY Campbell is one of the best-known TV and radio presenters in the business.

But if you want to know more about the career of the long-serving presenter and journalist, then here's the lowdown… 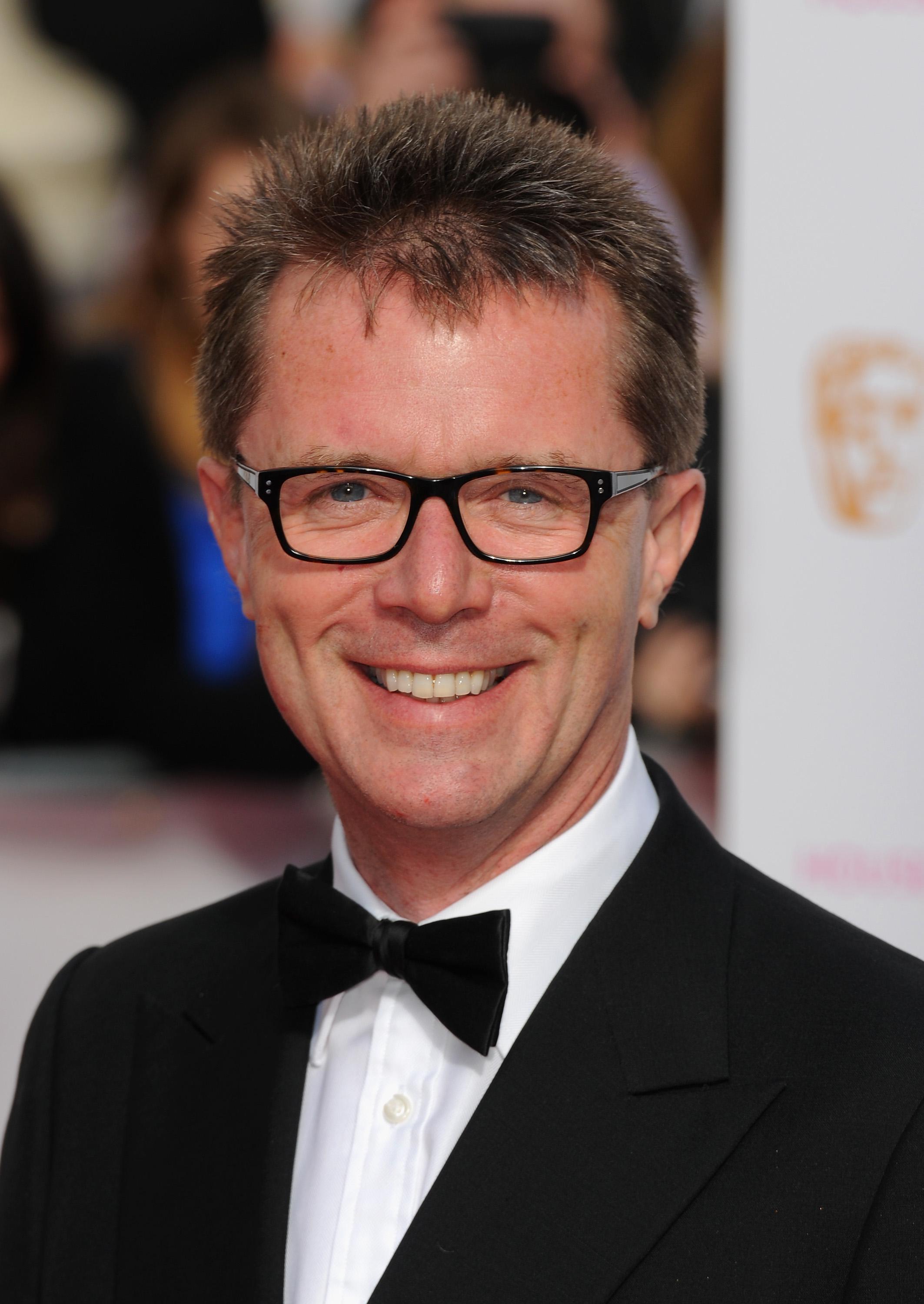 Who is Nicky Campbell and how old is he?

Nicky Campbell was born in April 1961, which makes him 58 years old.

The star was born in Edinburgh and adopted when he was just four days old by his map publisher father and psychiatric social worker mother.

Nicky decided to trace his birth mother in 1989, and after having children of his own, he then sought out his Irish biological father in 2002. 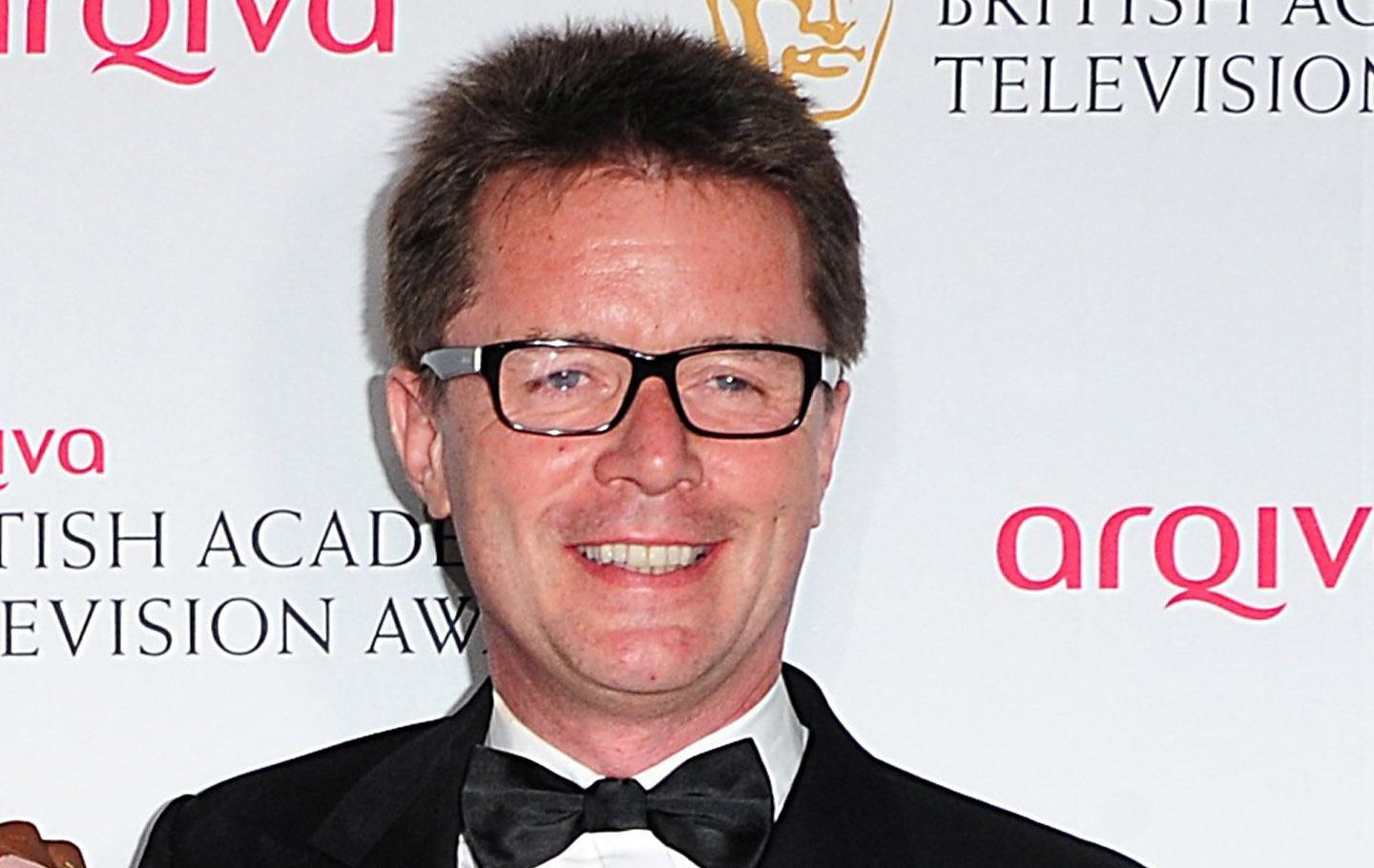 What radio and TV shows has Nicky Campbell hosted?

After starting out at Capital Radio in 1986, Nicky joined BBC Radio 1 in 1987 and presented a range of shows including weekend early morning shows and the weekday drivetime slot.

Nicky left Radio 1 in 1997 and moved to BBC Radio 5 Live, where he presented a mid-morning programme before replacing Julian Worricker in the breakfast slot in January 2003.

In 2001, Nicky started presenting Watchdog and stayed with the show until 2009 when Anne Robinson took over.

He also narrates CBeebies show Our Story and worked on BBC One's Your Money Their Tricks in 2013. 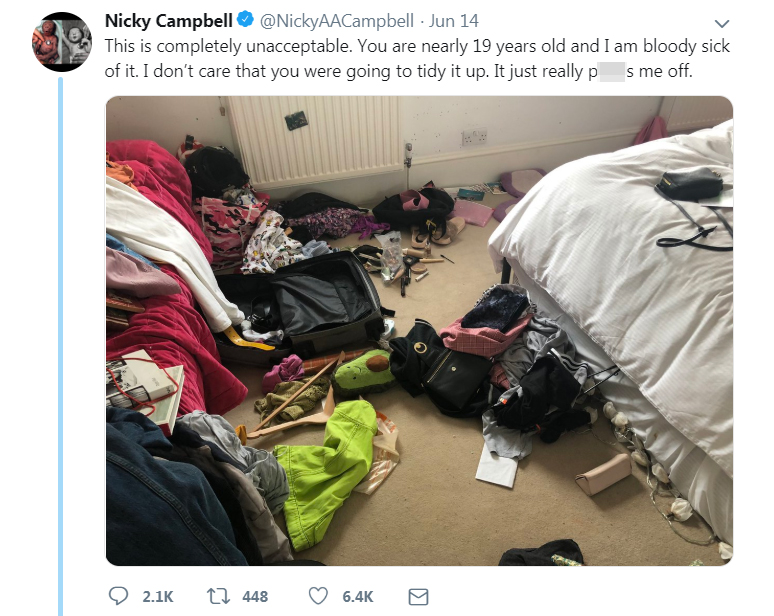 On June 17, 2019 Nicky shared a photo of his eldest daughter's messy room – joking how he was "bloody sick of it".

The picture posted on Twitter showed piles of crumpled clothes and make-up strewn across the bedroom floor.

Sharing the image with his 140,000 followers, the radio presenter tweeted: “This is completely unacceptable. You are nearly 19 years old and I am bloody sick of it. I don’t care that you were going to tidy it up. It just really p*sses me off.”

The photo prompted a backlash from some people who accused the Radio 5 Live presenter of "shaming" his "unbearably untidy" daughter online. 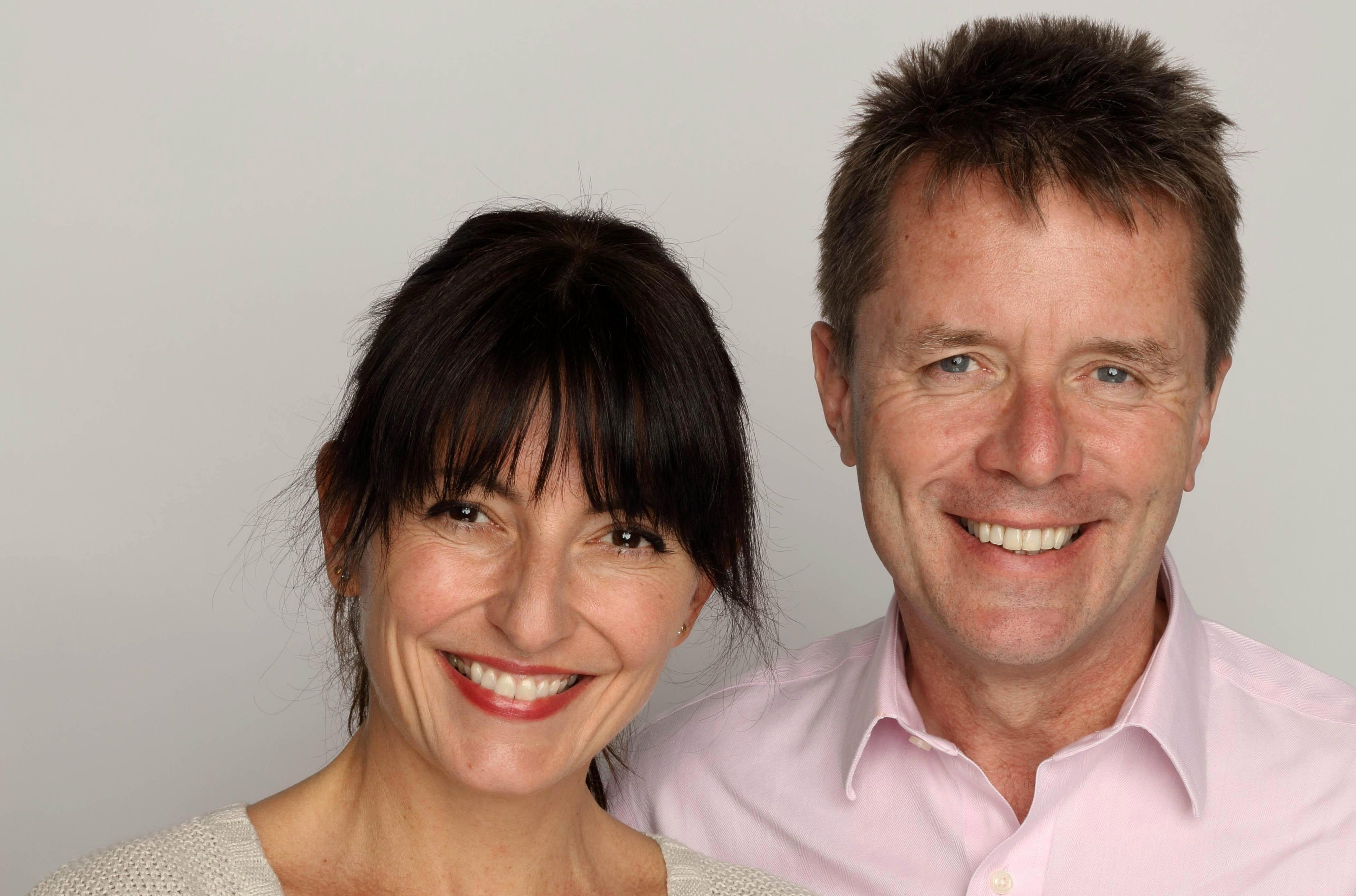 What is Nicky Campbell's net worth?

Nicky's salary was revealed in 2018 as part of a long list of BBC stars and what they earn.

He has presented the Radio 5 Live breakfast show since 2003.

He previously fronted the station's mid-morning programme for five years, and the list revealed he earns between £400,000 and £449,999.

Tina is a fellow journalist and the former head of Virgin Radio News, and the couple have four daughters together.

Nicky was previously married to first wife Linda Larnach, who he nursed through ME – which led to Nicky taking a career break – before they divorced.

06/18/2019 TV & Movies Comments Off on Who is Nicky Campbell, how old is he and what TV and radio shows has he presented?
Recent Posts