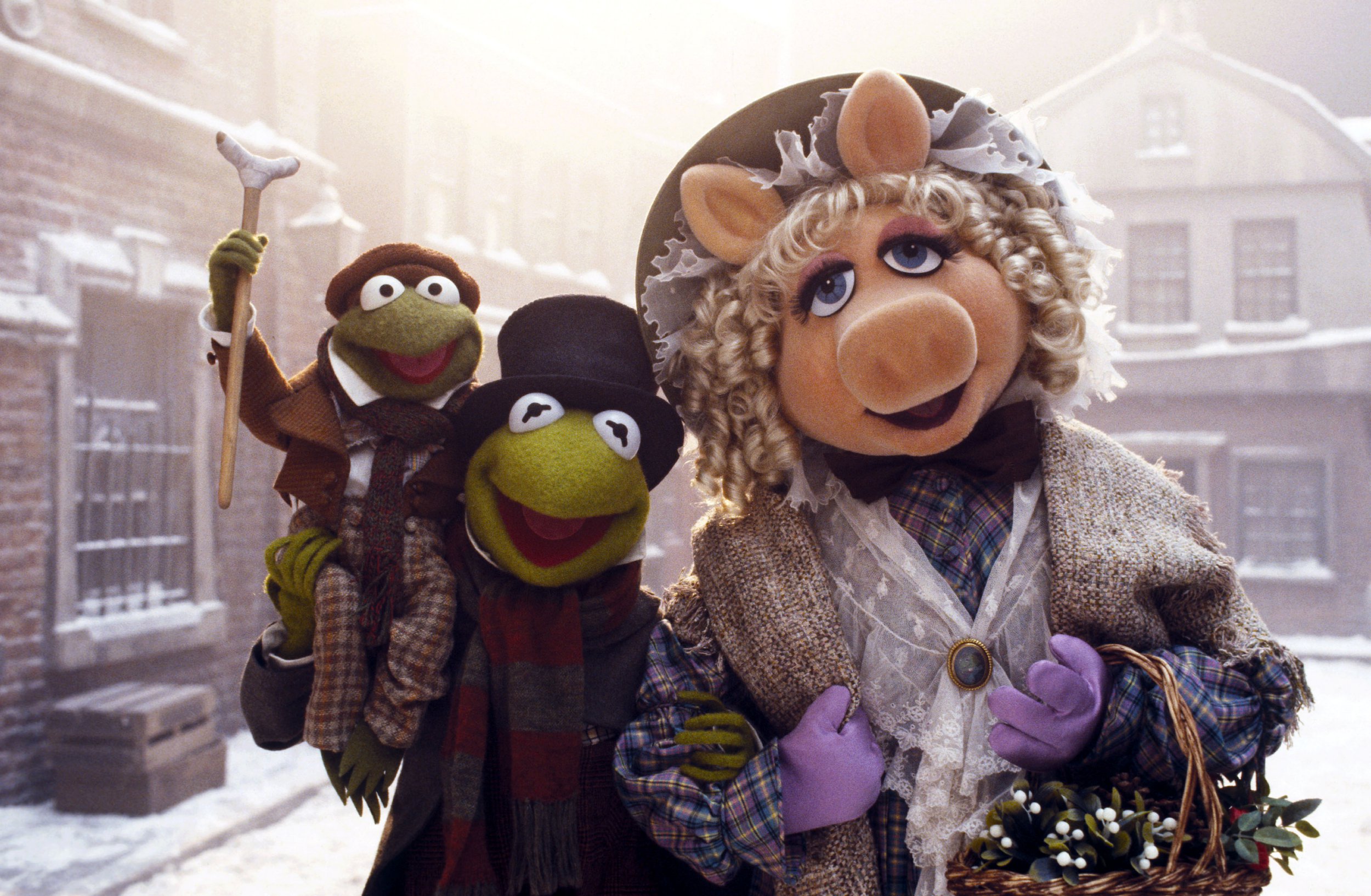 If you’ve not seen The Muppet Christmas Carol, you’re missing out on the definitive version of Dickens’ iconic novella A Christmas Carol – there is no better adaptation.

The Muppet Christmas Carol is a gem of a film, and obligatory viewing each festive season in my household.

To a portion of the nation, its excellence is no news and likely a firm tradition among their family too. But I’m alarmed to discover the number of people who have not yet had the pleasure of this ‘Muppetational’ treat.

Alongside It’s a Wonderful Life, The Muppet Christmas Carol is a non-negotiable at this time of year for me. I don’t even remember the first time I watched it, that’s how long ago it was, but it was via a much-loved VHS tape at some point in my early childhood.

It’s also the best thing the Muppets have ever done – well, this and Muppet Vision 3D at Walt Disney World, which debuted the year before in 1991.

From these two genuinely funny and entertaining Muppet films, my love for Jim Henson’s iconic characters blossomed. Sadly, everything since has been a disappointment (yes, even the more recent sequel movies The Muppets and Muppets Most Wanted are only really OK) – although I live in hope.

First, let’s talk about casting. The Muppet Christmas Carol really matches up its Muppets well with Dickens’ classic characters. Main frog Kermit takes a central role as Bob Cratchit, and neatly has his nephew Robin to slip into the crucial role of Tiny Tim and Miss Piggy as his sassy wife, Emily.

Gonzo makes for an engaging Charles Dickens-cum-narrator, while Fozzie Bear transforms Fezziwig into ‘Fozziwig’ and Sam Eagle is forced to change his rampant American patriotism to ‘the British way’. Through the shoehorning in of an extra Marley, the grumpy Statler and Waldorf even get to moan in key as the ghosts of Scrooge’s greedy former business partners.

Every scene is stuffed with Muppet extras too, from horses to mice to penguins to lobsters (naturally), up to and including singing vegetables. Humans also populate a few of the roles, such as that of Scrooge.

Sir Michael is perfect, playing it totally straight to give his Scrooge gravitas and let the Muppets shine. Director Brian Henson recalled in a 2015 interview with the Guardian that the actor would only accept the part on the condition that he could play it ‘like I’m working with the Royal Shakespeare Company’, and with no suggestion that his co-stars were, in fact, puppets.

It also must be said that for a significant chunk of my childhood, my only exposure to multiple Oscar winner and iconic star Sir Michael was through The Muppet Christmas Carol and the Sandra Bullock comedy Miss Congeniality, where he plays a flamboyant pageant coach – what taste the man has!

The best way to describe this adaptation of A Christmas Carol (and why it’s so good) is that it’s a pantomime. Dickens’ moralistic tale provided an excellent and familiar starting point for long-time Muppets screenwriter Jerry Juhl, who inserted a well-balanced and constant source of jokes throughout – often delivered by Rizzo the Rat, playing Gonzo’s wisecracking sidekick.

As with all the best kids’ films, it doesn’t shy away from some of the scarier stuff either (Scrooge confronting his morality in a misty graveyard, the looming, silent Ghost of Christmas Yet to Come) but rather makes sure to undercut it with cute moments and zingy one-liners.

What’s particularly brilliant too is that almost everything said by Gonzo in his function as narrator Dickens, is lifted straight from the pages of the original story – right from the start, with a dramatic declaration of the famous ‘Marley was dead: to begin with’ line. I’ll allow that insulting Scrooge as ‘badly dressed’ is probably a line all of Miss Piggy’s own devising though.

This accuracy is impressive for a film aimed at five-year-olds (and all ages, I would argue), and even better the film is kept tight, pacey and under the 90-minute mark. This is in stark contrast with its original author’s usual mode though.

Dickens often makes a description last an entire chapter or more – yes, he has a way with words (and wanted that cash from the periodicals publishing him in installments) but get to the point Charlie! There’s a reason I never got on with Great Expectations during my GCSEs.

Finally, and best of all, the music. Miles Goodman’s score is perfectly judged to lead an audience through the film’s changing atmosphere, from joyous to foreboding, to poignant. Paul Williams’ songs are proper earworms, from the opening number Scrooge and Marley and Marley to It Feels Like Christmas and Thankful Heart, which saw Sir Michael sing along heartily with his felt co-stars.

The lyrics are a riot too, including highlights such as, ‘Don’t ask him for a favour / Cause his nastiness increases / No crust of bread for those in need / No cheeses for us meeses’, sung by a miffed family of tiny mice. I don’t know if Scrooge’s miserliness could be underlined in any better way.

Also, the vegetables sing. I know I’ve said it before, but it bears repeating, so indicative is it of the Muppets’ charm and attention to detail.

Yes, there are plenty of other adaptations of A Christmas Carol out there, from Robert Zemeckis’ uncanny valley 2009 adaptation with Jim Carrey to the 1970 musical Scrooge and Bill Murray’s 1980s New York-set corporate-greed driven Scrooged. You can also go more traditional with one of two versions made in the 1930s, Sir Patrick Stewart’s decent 1999 TV movie or even Alastair Sim in 1951’s Scrooge.

I defy you, however, to find an adaptation better – or more warm and fuzzy (or should that be Fozzie) than The Muppet Christmas Carol. It’s like being enveloped in a big warm scarf while you sip on a hot chocolate by a roaring fire. With Muppets.

And as Gonzo says at the end of the film: ‘If you liked this, you should read the book.’