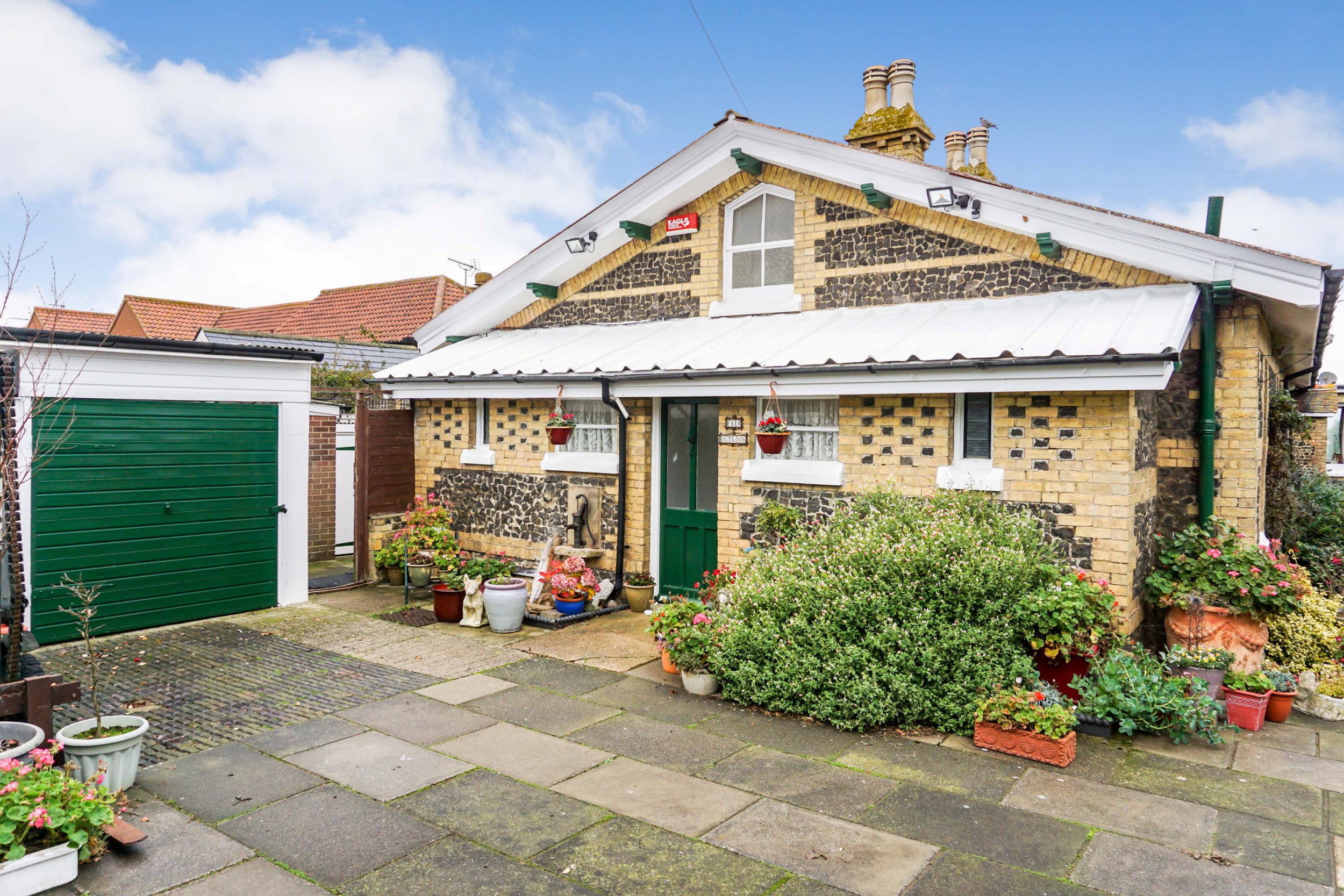 The world’s oldest genuine bungalow has been put up for sale with a £2 million price tag.

The six-bedroom seafront property in the Kent coastal village of Birchington was built by train station architect John Taylor in 1874.

Dubbed Fair Outlook, the Grade II Listed property was originally built as a holiday home for the architect himself, and is now on the market for the first time in 40 years.

Directly overlooking the sea and standing on a cliff edge, the house boasts a 60ft hallway and a separate annexe.

Its main reception room has an open fireplace and large windows overlooking the back garden and its sea views, while its ‘Manston’ room has a bar for evening entertaining.

The kitchen has a built-in Aga and there is a separate utility room, while two of its double bedrooms have en suites and there’s an L-shaped garage.

The property has a whole lot of history. When it was built, it soon caught the eye of the Victorian elite.

English surgeon Professor Erasmus Wilson, who was knighted by Queen Victoria in 1881, nicknamed the style of building ‘bungalow’ – as in the ‘Bengali style’, and purchased four of Taylor’s homes.

He wrote at the time: ‘The idea of Bungalows seems to take people’s minds immensely. They are novel, quaint, pretty and perfect as to sanitary qualities. The best sanitary home for a family is a Bungalow.’

The single-storied dwellings were initially considered ‘a symbol of bohemianism’, and the building type became a popular choice for second homes.

The dermatology pioneer also wrote that he felt Birchington air, in Kent, was unequalled anywhere along the whole of Britain’s coastline.

The surgeon calculated that ‘during a period of 24 hours a person would consume twice as much air at Birchington-on-Sea as he would given the same time in London.’

But, while the Victorian medic raved about it, prohibitive financing was used to keep the area exclusive.

Prices for the bungalows were originally around about 1500 guineas, roughly £190,000 in today’s money. That was a time when experienced clerks only received about 100 guineas a year and most of the working class made as little as 25 guineas a year.

Lee Thomas, from Fresh Estates, said: ‘The property has been in the same ownership for the last 40 years and while it has the benefit of a rich history, this substantial family home has six bedrooms, an annexe as well as the uninterrupted sea views – all of which makes this bungalow so unique.

‘And with a no onward chain sale, any new owner can move straight in.’

If Wilson is to be believed, you’ll be breathing in the freshest air and living in the most sanitary conditions possible.