Yellowstone season three has finished airing on Paramount Network and the season finale packed a punch as the Dutton family faced the wrath of unnamed assassins. Season four is already on the way, but in the meantime, fans have been keen to find out more about the actors behind the Western melodrama. Express.co.uk has everything you need to know about actress Hassie Harrison, who plays Laramie in the series.

Who is Hassie Harrison from Yellowstone?

Hassie Harrison joined the cast of Yellowstone for season three and she played the role of Laramie – a barrel racer who is a friend of Mia (Eden Brolin).

The actress starred in a total of five episodes, including the season finale which saw Jimmy Hurdstram (Jefferson White) get thrown off a horse, John Dutton (Kevin Costner) gets shot and Beth Dutton (Kelly Reilly) caught up in an explosion.

In an interview with LX, actress Harrison spoke about making her debut on the series. She said: “Taylor Sheridan has always done an incredible job of writing strong female characters.

“I feel like it is something he does so well and just to add some more female power into the show just throws a different dynamic in.

“I think fans will be really pleased this season and the suspense just keeps building, and it goes to a really cool place.” 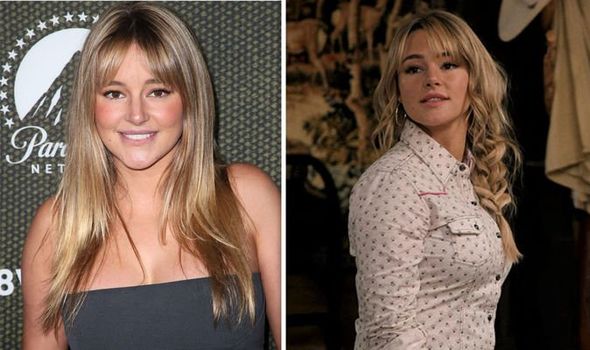 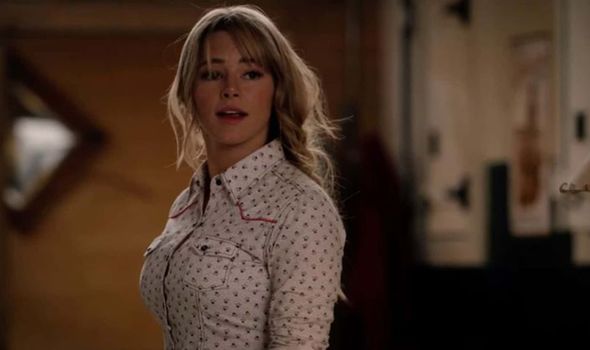 The 30-year-old actress from Texas is also known for her role in the TV series Tacoma FD, in which she plays Lucy McConky.

She has just finished filming Back to Lyla, which is in the post-production stage, so fans can look forward to seeing more of the star.

Before Yellowstone, she had roles in The Astronaut Wives Club, Hart of Dixie and LA Rangers.

The star has more than 100,000 followers on Instagram and she has been keeping fans up to date with her work.

She has been sharing videos of herself during lockdown, with the latest post saying: “Once we can all start hugging again I’m totally gonna be that weirdo who holds on like 20 seconds longer than they should. Hope everyone has a sweet weekend.” 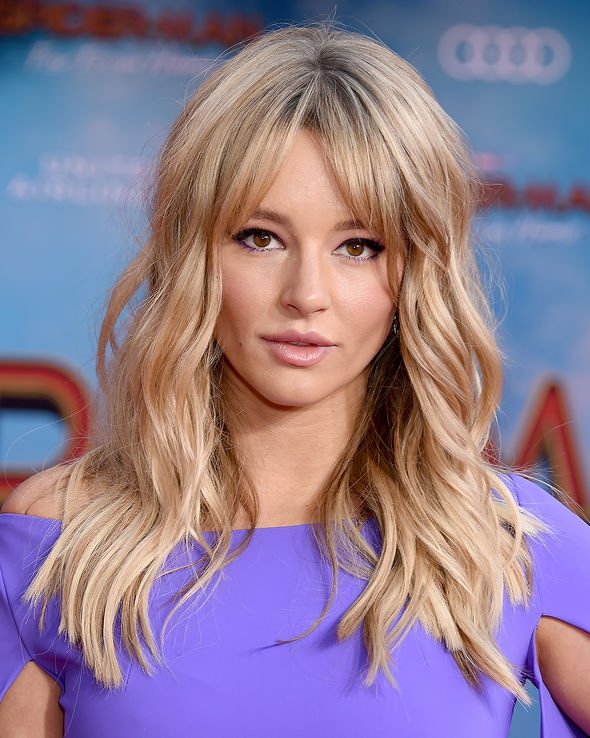 She has also shared some images of herself behind the scenes on Yellowstone, with the latest being ahead of the season three finale.

She said: “Just a can chaser tryna keep up in the bunkhouse…Season finale of Yellowstone is on tonight! Who’s watching?!”

Thousands of fans have praised the actress for her portrayal of the character and they would love to see more of her on-screen.

One fan said: “I wish you had been on all three seasons.” While another fan added: “Best season yet and you were such a delight this season.”

Ahead of making her debut on the show, she posted a photo of herself on set with the message: “For those of you familiar with the Dutton Ranch, meet Laramie. And for those of you who haven’t seen @yellowstone yet, y’all better catch up because season three is premiering next Sunday, 21.” 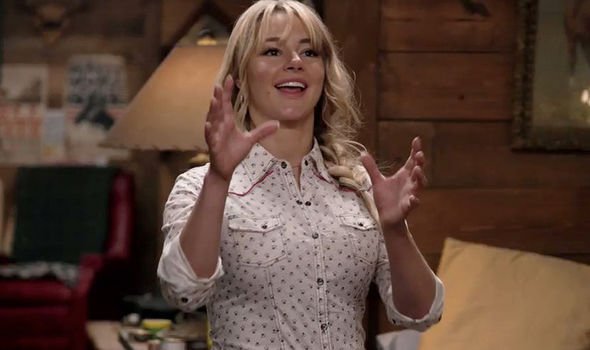 Avid fans of the actress have seen her career develop over the years and they immediately recognised her from her role in Tacoma FD.

One fan said: “I was so excited to see you on Yellowstone last week. You are a fantastic addition to this all-star cast. Every time I see you I yell, McConky!!!”

Expanding on her character with LX, the Texan actress said it had been “really cool” embracing her roots in the Western series.

She said: “I have been out in LA for almost 10 years now and it’s just been cool to have a role that lets me harken back to where I came from.

“I kind of grew up around this cowboy culture so it’s just cool, I have been able to… honour where I came from.”

Paramount Network shared a video of the new women joining the cast of season three and Harrison was included in the line-up.

The actress said: “This kind of genre of the American frontier is like catnip for me. Barrel racers are a bit like rockstars where, you know, they are just trying to have a laugh and a good time.”

Her co-star Reilly said the new additions to the series introduce a different time of woman fans have not yet seen.

White added: “These new additions make for a really fun dynamic.” The female characters like Laramie really do give the men a run for their money in season three.

10/17/2020 TV & Movies Comments Off on Yellowstone season 3 cast: Who is Hassie Harrison from Yellowstone?
Recent Posts