SQUEEZED in shoulder to shoulder, left in soiled clothes for weeks and forced to stand on toilets to have room to breathe.

These startling images show the reality for migrants who cross the Mexican border into the US, with 76 women packed into a cell made for 12. 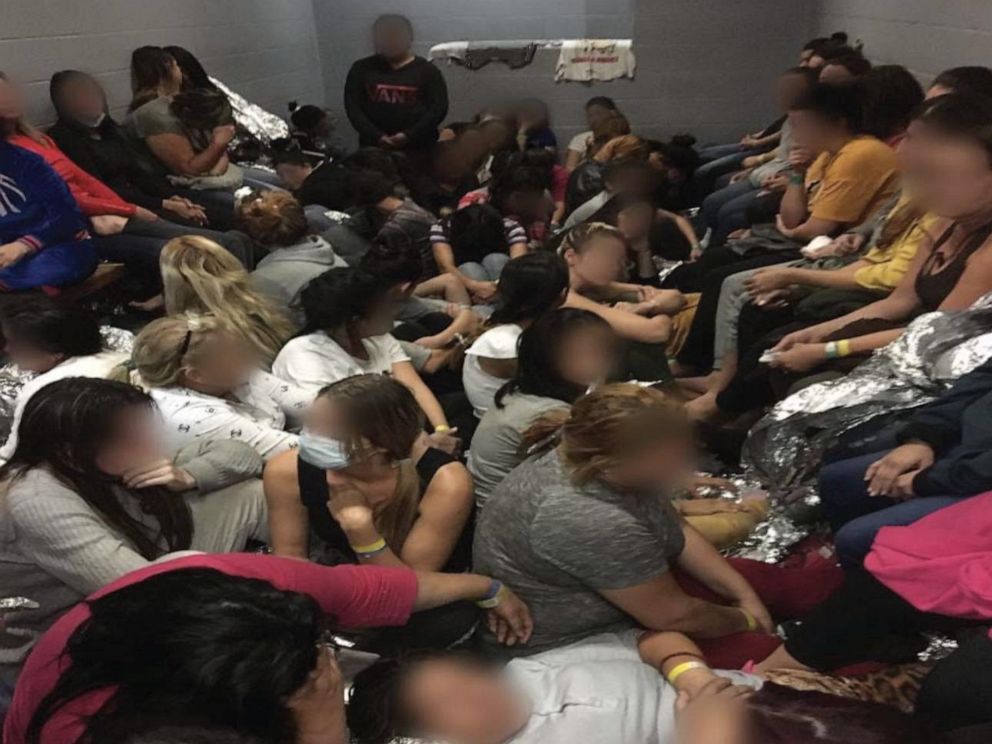 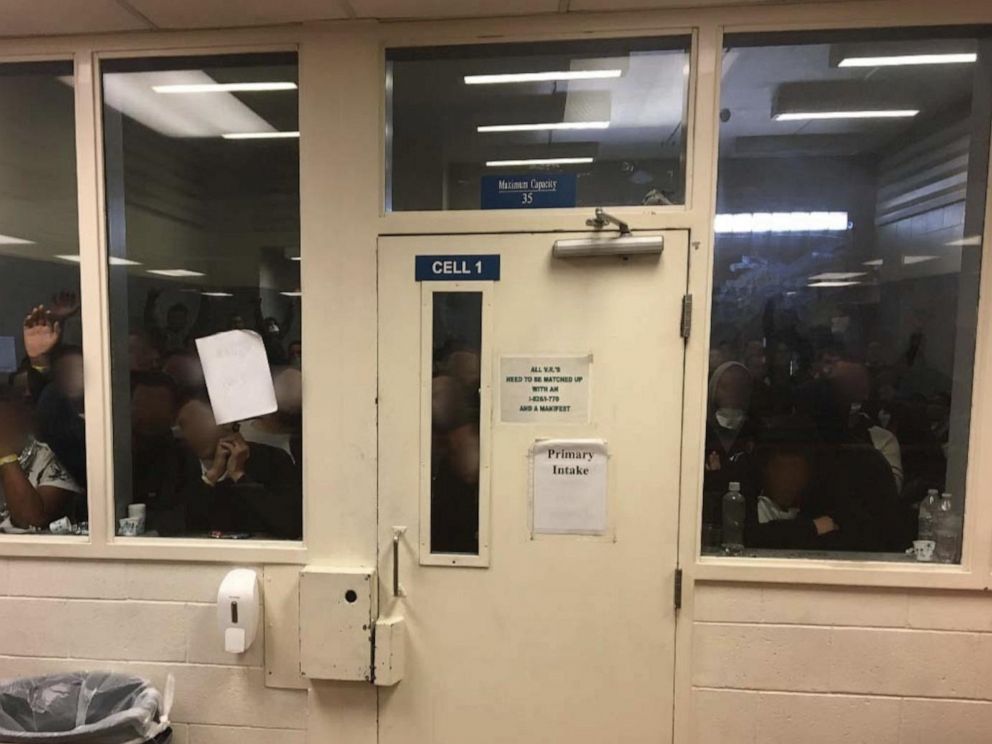 Some of the migrants were locked up in “inhumane” standing-room-only conditions for weeks at a detention centre in El Paso, Texas.

The shocking pictures were included in a report by the Department of Homeland Security's Office of Inspector General (OIG), which warned of “dangerous overcrowding”.

Women can be seen leaning on each other and sitting on the floor of the cell, with absolutely no room to stretch their legs.

Not an inch of floor space is visible in one of the images, showing that it would be impossible to walk around the cell.

With little to no access to showers, the migrants are left sitting in the same filthy clothes for days or weeks at the El Paso Del Norte Processing Center.

This lack of clean clothes is something that is “wearing down on them”, according to border patrol agents.

Inspectors even witnessed some of the migrants “standing on the toilets in the cells to make room and gain breathing space”.

This then results in a limited access to toilets, according to the report.

The maximum capacity at the detention centre in El Paso is 125 detainees.

Despite this, Border Patrol’s custody logs showed there were 750 and 900 detainees on site respectively on May 7 and May 8.

A further 155 detainees were squeezed into a cell designed to hold 35.

Inspectors quoted department standards in the report which state “under no circumstances should the maximum [cell] occupancy rate, as set by the fire marshal, be exceeded”.

They warned that migrants seeking asylum could become violent due to the inhumane conditions at the overcrowded centre.

“Border Patrol management on site said there is an ongoing concern that rising tensions among detainees could turn violent,” the report found.

The pictures emerged as Donald Trump said he has suspended plans to impose tariffs on Mexico.

He tweeted that the country "has agreed to take strong measures" to stem the flow of Central American migrants into the US.

"I am pleased to inform you that The United States of America has reached a signed agreement with Mexico," Trump tweeted on Friday.

He said the "tariffs scheduled to be implemented by the US on Monday, against Mexico, are hereby indefinitely suspended."

The US President said Mexico had taken steps that would "greatly reduce, or eliminate, Illegal Immigration coming from Mexico and into the United States."

The US-Mexico joint declaration said Mexico had agreed to take more migrants seeking asylum in the US while they await adjudication of their cases.

Mexico also agreed to increase enforcement to curb illegal immigration, including deploying the National Guard to its southern border.

The agreement announced on Friday followed three days of negotiations in Washington. 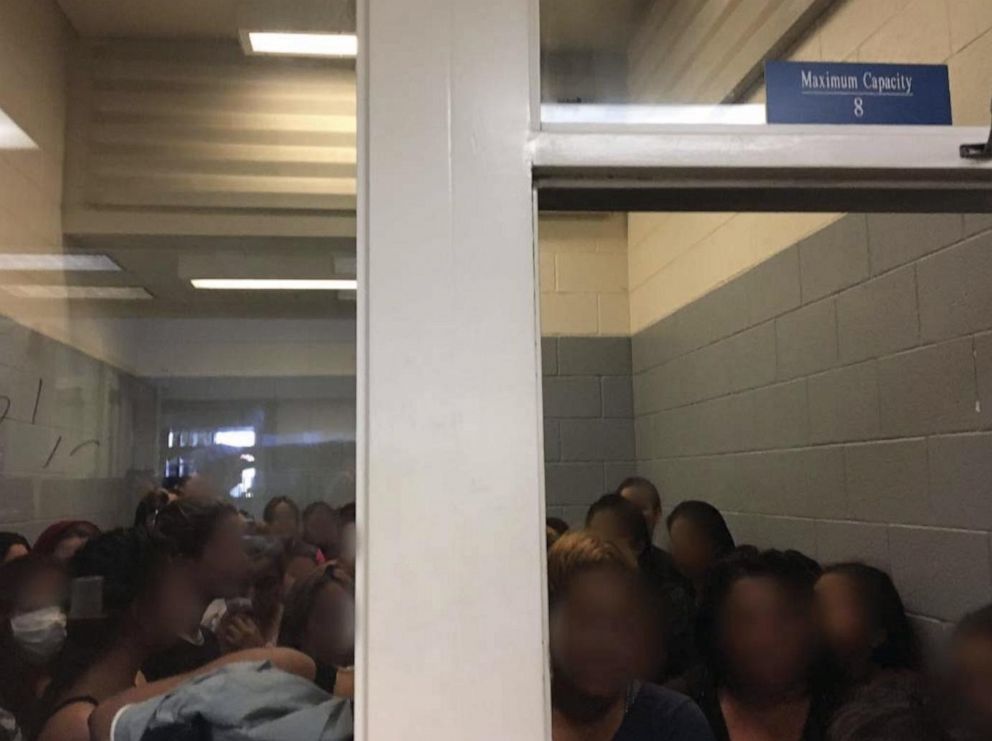 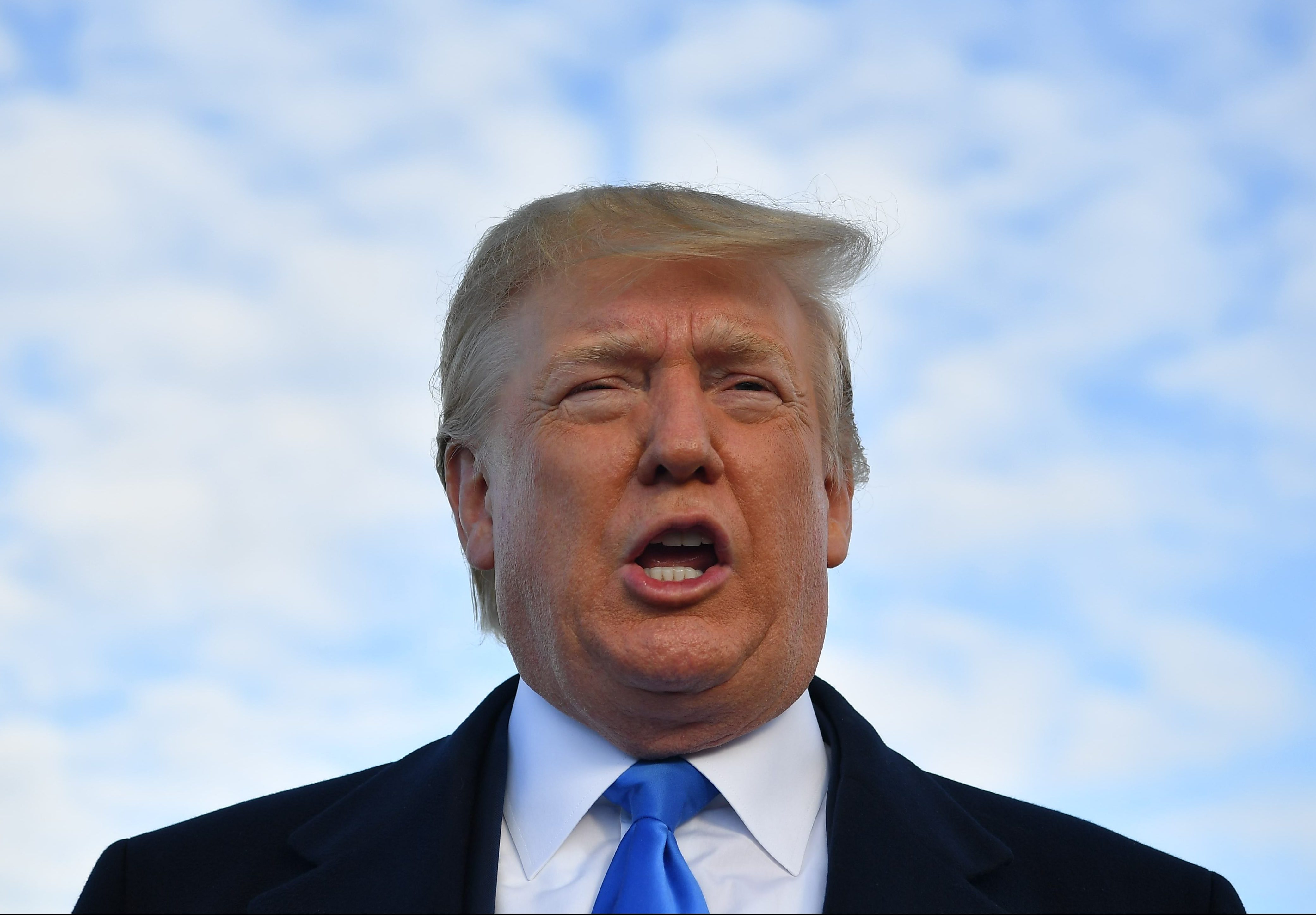