The 2020 presidential election is shaping up to be the most expensive ever, with nearly $2.5 billion shelled out among all the Democratic candidates in the race to be the party’s nominee. While money can’t buy an election, it is a fairly good indicator of who will win a race; big donors like to give money to candidates they think will be successful. Statistically, top-spending candidates usually win — 90 percent of the time in House races since 2000.

Hoping to oust President Trump, more than 20 Democrats jumped into the primaries, raising and spending impressive sums. Former Vice President Joe Biden is set to receive the party’s nomination at its national convention despite being outraised and outspent by rivals Michael Bloomberg and Sen. Bernie Sanders.

Some of the lesser-known candidates spent big, including former Massachusetts Gov. Deval Patrick, whose four-month campaign cost just under $3 million. He was one of the last candidates to enter the Democratic race, in November 2019, and dropped out on Feb. 12 after finishing next to last in the New Hampshire primary.

Former Housing and Urban Development Secretary Julián Castro was one of the first to enter the Democratic race, at the end of 2018. He spent nearly $10 million over the course of his campaign, which lasted until January 2020.

And then there were the media darlings. Both former Rep. Beto O’Rourke and tech entrepreneur Andrew Yang quickly rose in popularity, particularly among young progressives.

O’Rourke first gained national recognition during the 2018 midterm elections when he narrowly lost to Texas Sen. Ted Cruz. His presidential campaign spent more than $17 million, before he dropped out of the race ahead of the Iowa caucuses.

Andrew Yang had the support of a large grassroots base that dubbed themselves the #YangGang, galvanized by his progressive, if not controversial, proposal for a universal basic income of $1,000 per month for every American adult. Yang spent nearly $40 million before he dropped out after the New Hampshire primary, where he placed eighth and received only 3 percent of the vote.

None of these candidates managed to win any delegates.

Then there were former South Bend, Ind., Mayor Pete Buttigieg and Sen. Elizabeth Warren, who memorably clashed on the debate stage over Buttigieg’s holding a fundraiser in “wine caves full of crystals.”

Buttigieg, the youngest of the major Democratic contenders, entered the race with the hope of uniting both moderate Democrats as a Navy veteran and the progressives of the party as the first openly gay presidential candidate. His campaign spent just under $95 million— and surprised many by scoring 21 delegates in early primaries and caucuses. But he dropped out after the South Carolina primary, where he finished fourth, and promptly endorsed Biden. 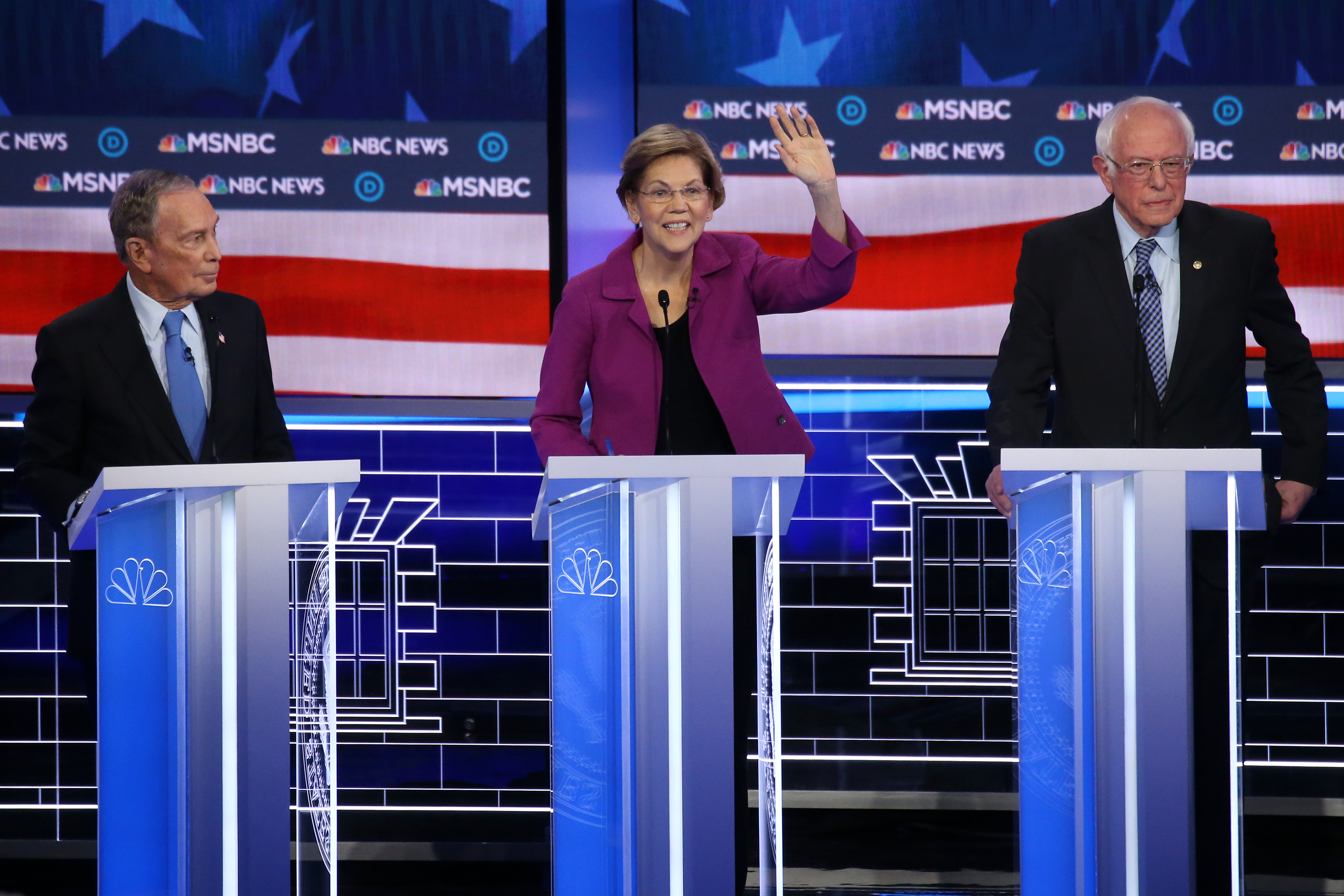 Massachusetts Sen. Warren fared better, scoring 63 delegates with her progressive, policy-focused campaign. She was one of the biggest spenders in the primary race, shelling out more than $127 million, but dropped out after disappointing results on Super Tuesday, when she failed to win any states, and also backed Biden.

The fight for the Democratic nomination was often portrayed as a fight between grassroots candidates like Sen. Bernie Sanders (I-VT) and billionaire businessmen like Tom Steyer.

Sanders refused to accept money from PACs, running a campaign fueled by small-dollar donors. He frequently boasted during the campaign that his average donation was just $27.

Bernie entered the 2020 race as a frontrunner with a lot of momentum left over from his 2016 presidential run. The democratic socialist was the last man standing against Biden, winning 1,073 delegates. Sanders managed to outspend most of his competitors — more than $200 million, according to his FEC filing in late July.

Compare that with Tom Steyer, a hedge fund manager turned environmentalist, who spent a whopping $351 million of his own money on his presidential campaign. Though he never had much of a following, he managed to make it into several televised debates and did gain some national recognition because he was able to fund his own campaign. But after earning zero delegates in the early primaries, he dropped out of the race after South Carolina.

Sanders and Steyer actually outspent Joe Biden in the primaries. 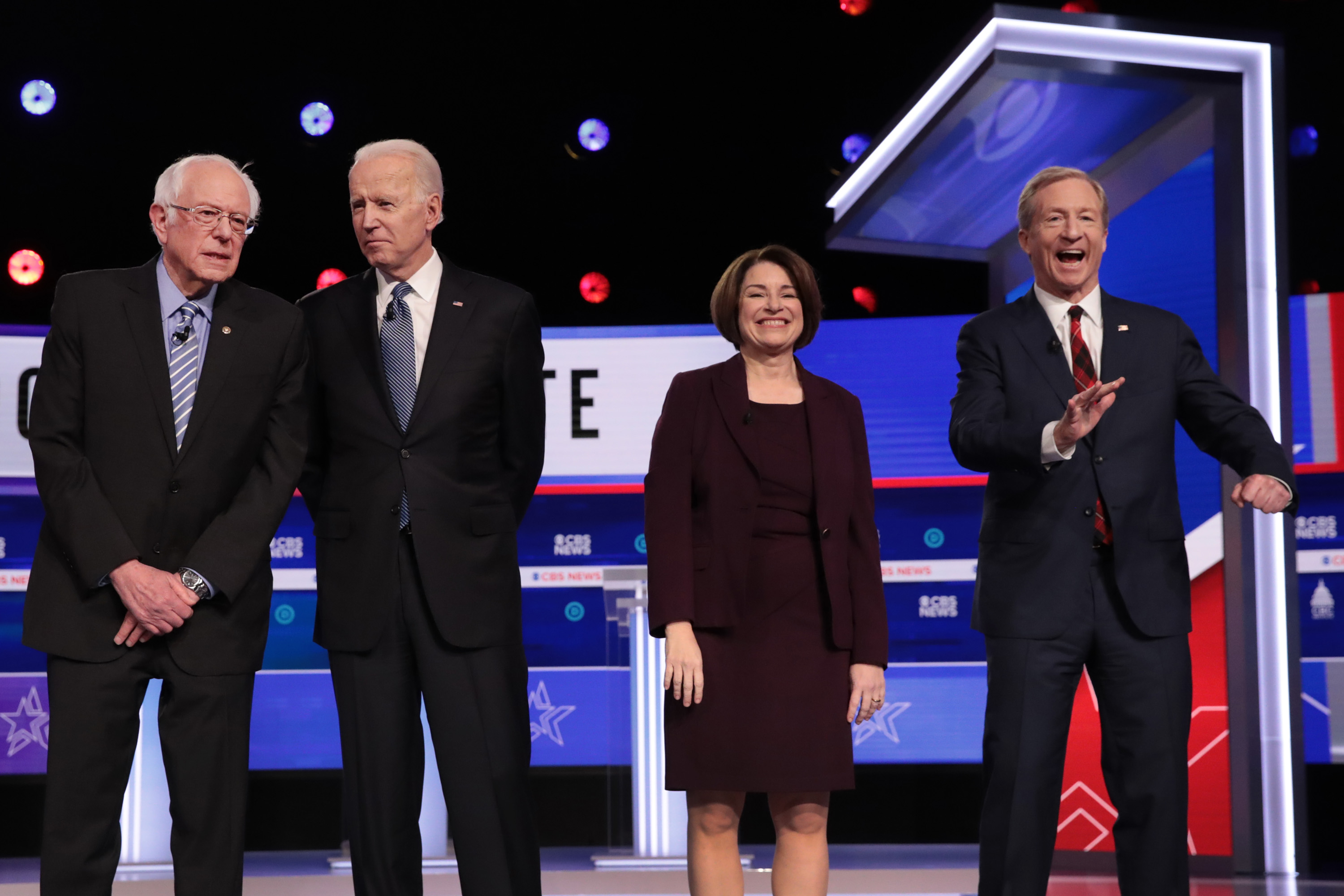 One of the most notable aspects of the 2020 primaries were the number of women vying to be president. Sens. Kamala Harris and Amy Klobuchar were considered serious contenders, along with long shots Rep. Tulsi Gabbard of Hawaii and self-help author Marianne Williamson.

Harris started out of the gate strong, before her campaign quickly unraveled amid news and rumors of infighting. She repeatedly tried to grab progressive voters but failed, dogged by her record as California attorney general and her problems formulating a consistent stand on some issues, notably health care. Harris spent nearly $40 million before dropping out at the end of 2019.

Klobuchar gained support from Democratic voters who thought a centrist candidate from the Midwest stood the best chance against Trump. Coming from Minnesota, she was often pitted against Pete Buttigieg as the Midwest regional favorite. She spent more than $51 million before dropping out before Super Tuesday and backing Biden.

And then there was the biggest spender of the race, former New York Mayor Mike Bloomberg. This Democrat turned Republican turned independent turned Democrat was a late entry into the primary field. He skipped the early primaries in February and instead focused his entire campaign on the multistate Super Tuesday in March. Bloomberg managed to spend $1.1 billion of his own money — more than all the 2016 primary campaigns combined — in just over 100 days, but dropped out the morning after Super Tuesday with only 59 delegates.

Ultimately, the 24 candidates spent more than $2 billion in total. Though the Biden camp raised millions after announcing his entry into the race, he often struggled to keep pace with the other candidates. He heads into the general election after spending more than $165 million.

08/12/2020 World News Comments Off on A look back on the billions spent in the Democratic presidential primary race
Recent Posts
We and our partners use cookies on this site to improve our service, perform analytics, personalize advertising, measure advertising performance, and remember website preferences.Ok