The memory of the moment is imprinted on some stubborn neurons that refuse to die. Even after 70 years, when I remember that moment, the pain in my left cheek is still sharp.

I was 10 then and spent my summer holidays with my grandfather in a small hill town in India. One morning, he took me for a walk through the town’s narrow streets.

As we walked the graceful curves of arabesque motifs on the dome of a majestic mosque came to view. Through the arched portal, I saw a vast expanse of the chequered marble floor. My grandfather, a not-so-devout-Hindu, stopped in front of the mosque, pressed his palms together and bowed his head as a sign of respect. His stern eyes demanded the same from me. I obliged. 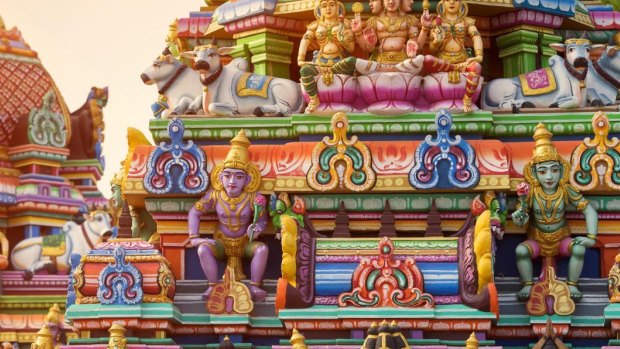 After a few minutes, the street became steeper, and we were now in front of a Catholic church. Through the large stained-glass windows, I could see Christ on the cross, exquisitely carved in white marble. My grandfather stopped, pressed his palms together and bowed his head. His stern eyes demanded the same from me. I obliged.

About a hundred metres later, we were in front of an ornate Hindu temple. This time I exploded, “Why do we have to bow in front of every stupid temple?” I ran inside the temple and spat on a statue of a god.

My grandfather grabbed me and smacked me on my left cheek with a force I thought only Hercules could apply. “I don’t care whether you practice any religion, but you must always respect all religions.” The words erupted from his mouth like lava from a volcano.

Twelve years later my grandfather died. I walked through the same street after his funeral, wondering, “How could I respect all religions if I don’t know anything about them?” I started reading scriptures of all major religions. I found the books enlightening and saw no reason I couldn’t respect all the great religions of the world.

“You know, you are either a person of faith or not,” says Reza Aslan, author of Zealot: The Life and Times of Jesus of Nazareth. “If you do believe it, then it helps to have a language to help you express that ineffable experience – to yourself, and to other people. And that is all that religion is – that language.”

I may not have that divine language, but at least I have an earthly language that lets me express equal respect for all religions, thanks to the memory of a burning sensation in my left cheek.

Surendra Verma is a Melbourne writer and author.