Afghan Army commander tears into Biden for saying his soldiers gave up and insist his troops fought bravely until the end after losing 66,000 fighting the Taliban alongside America for 20 years

An Afghan Army commander accused President Joe Biden of ‘disrespect and disloyalty’ for saying that his troops did not put up a fight against the Taliban, in a blistering essay published on Wednesday, that concluded the war was doomed when the president announced his withdrawal.

Sami Sadat described how he was a three-star general in the Afghan Army, commander of 215 Maiwand Corps, and led 15,000 men in combat losing hundreds of officers against the Taliban in southwestern Afghanistan.

‘It’s true that the Afghan Army lost its will to fight,’ he wrote in the New York Times.

‘But that’s because of the growing sense of abandonment by our American partners and the disrespect and disloyalty reflected in Biden’s tone and words over the past few months.

‘The Afghan Army is not without blame. It had its problems — cronyism, bureaucracy — but we ultimately stopped fighting because our partners already had.

‘It pains me to see Mr. Biden and Western officials are blaming the Afghan Army for collapsing without mentioning the underlying reasons that happened.’ 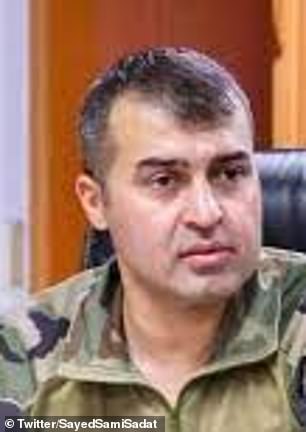 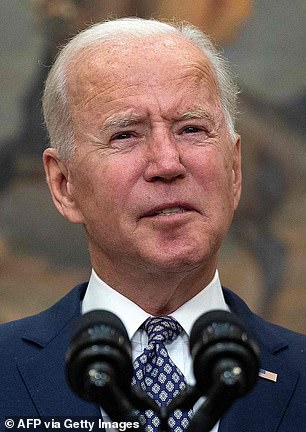 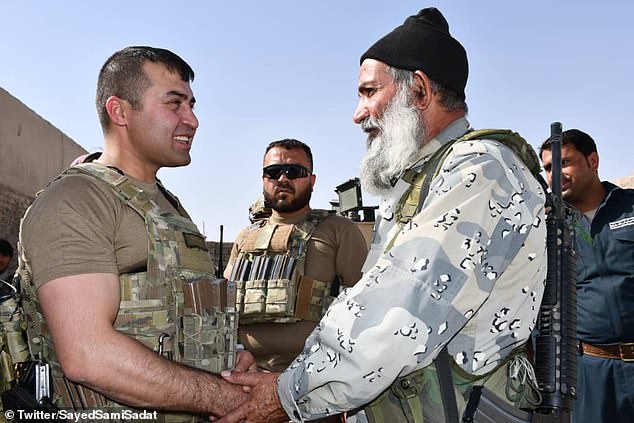 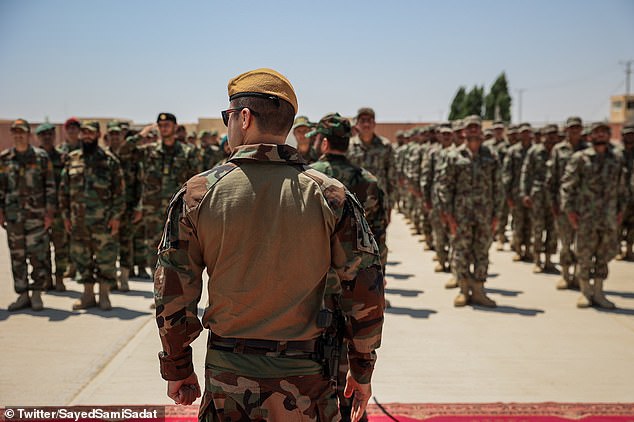 Maj Gen Sadat said his troops ‘fought, bravely, until the end. We lost 66,000 troops over the past 20 years; that’s one-fifth of our estimated fighting force.’

The Taliban swept into Kabul 10 days ago after a lightning advance across the country.

Elders negotiated deals in towns and cities as government politicians and troops faced what they believed was inevitable defeat.

Sadat said: ‘It was in response to those scenes that Mr. Biden said on Aug. 16 that the Afghan forces collapsed, “sometimes without trying to fight.”

‘But we fought, bravely, until the end. We lost 66,000 troops over the past 20 years; that’s one-fifth of our estimated fighting force.’

Western leaders have said they were taken by surprise and Biden has repeatedly shifted blame to Afghan forces.

‘American troops cannot and should not be fighting in a war and dying in a war that Afghan forces are not willing to fight for themselves,’ as he tried to defend the withdrawal after Kabul had been taken.

And in an essay dripping with dignified fury, Sadat said it was not his troops that were at fault but politicians in both Kabul and Washington.

He laid blame with the corrupt government of President Ashraf Ghani as well as those of President Donald Trump and Biden. 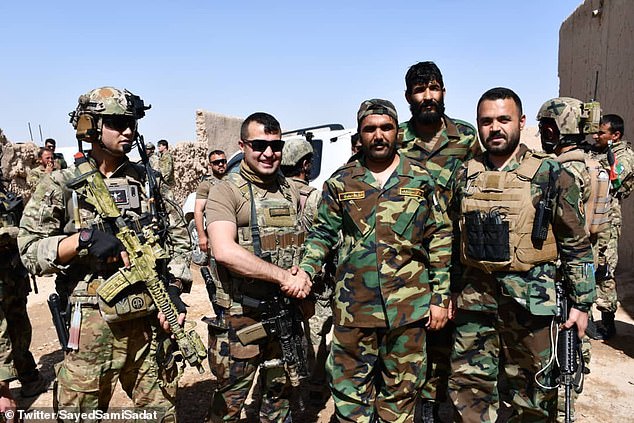 Sadat said it was the withdrawal of 17,000 contractors and the loss of U.S. air support that meant his forces lost their superiority over the Taliban 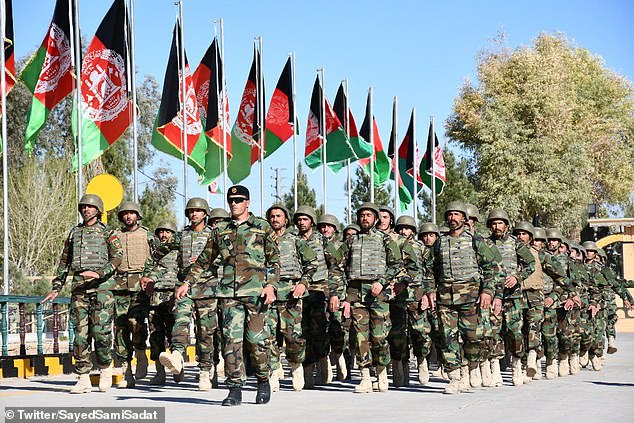 ‘Mr. Biden’s full and accelerated withdrawal only exacerbated the situation. It ignored conditions on the ground,’ wrote Sadat in an essay for the New York Times

‘First, former President Donald Trump’s peace deal with the Taliban in Doha doomed us. It put an expiration date on American interest in the region,’ he wrote.

‘Still, we kept fighting. But then Mr. Biden confirmed in April he would stick to Mr. Trump’s plan and set the terms for the U.S. drawdown.

‘That was when everything started to go downhill.’

They lost U.S. air support and much of their superiority over the Taliban.

Some 17,000 contractors had left by July, he wrote, potentially grounding their Black Hawk helicopters, C-130 transport planes and drones when technical problems arose.

‘The contractors also took proprietary software and weapons systems with them,’ he wrote.

‘They physically removed our helicopter missile-defense system. Access to the software that we relied on to track our vehicles, weapons and personnel also disappeared. Real-time intelligence on targets went out the window, too.’

A highly sophisticated military machine, built on the U.S. model, was hobbled. 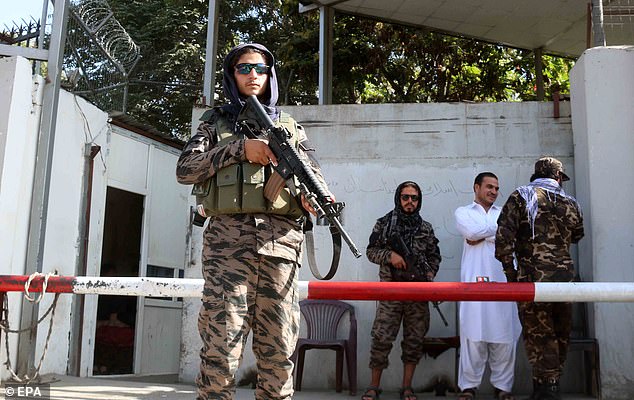 A Taliban gunman stands guard outside the office of the movement’s spokesman Zabiullah Mujahid, in Kabul, as senior figures begin putting together a government

‘Mr. Biden’s full and accelerated withdrawal only exacerbated the situation. It ignored conditions on the ground,’ he wrote.

‘The Taliban had a firm end date from the Americans and feared no military reprisal for anything they did in the interim, sensing the lack of U.S. will.

‘And so the Taliban kept ramping up.

‘My soldiers and I endured up to seven Taliban car bombings daily throughout July and the first week of August in Helmand Province. Still, we stood our ground.’

Corruption and lack of leadership in Kabul worsened the situation, he added. Supply lines failed, food ran out and morale collapsed among men expected to to risk their lives on a daily basis.

‘The final days of fighting were surreal,’ he continued.

‘We engaged in intense firefights on the ground against the Taliban as U.S. fighter jets circled overhead, effectively spectators.

‘Our sense of abandonment and betrayal was equaled only by the frustration U.S. pilots felt and relayed to us — being forced to witness the ground war, apparently unable to help us.’

The military defeat, he concluded, was the result of political failure in two capitals.