An Afghan interpreter for The Mail on Sunday who escaped during the fall of Kabul has revealed that the Taliban is torturing a cousin he left behind.

Bakhtiar Shoresh, his wife and their four children, aged between two and 14, were evacuated to Britain more than four months ago.

But in a video call from home as they prepared for Christmas, they discovered that the cousin, 29, had been arrested and tortured.

‘It was heartbreaking to see him,’ says Bakhtiar, 46. ‘I could see his face was bruised and battered and I suspect the Taliban arrested him simply because of his connection to me.’ 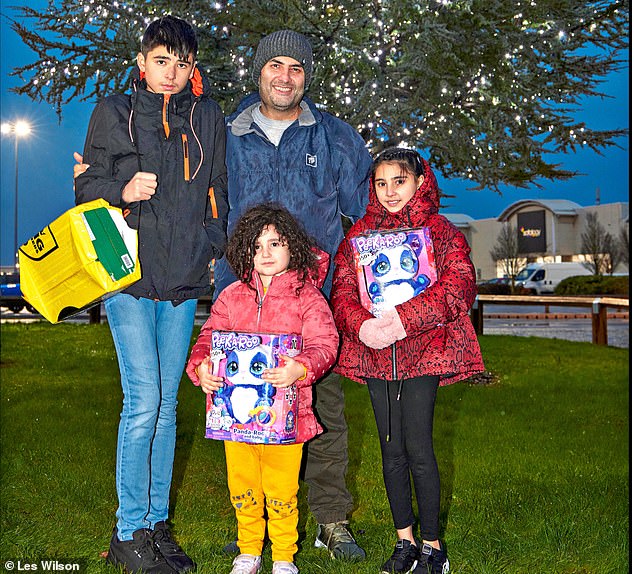 Bakhtiar Shoresh, his wife and their four children, aged between two and 14, were evacuated to Britain more than four months ago

Bakhtiar had spent 20 years working as an interpreter for The Mail on Sunday and many other Western media organisations. He also worked with British security companies in Afghanistan and was the Kabul representative of a UAE company manufacturing armoured vehicles.

His family escaped after a nerve-shredding taxi ride to Kabul airport, talking their way through four checkpoints as Taliban gunmen took control of the city. They have since been staying in a Liverpool airport hotel with hundreds of other evacuees while they await news of where they will be rehoused.

‘The wait has been much longer than expected but we are safe at least,’ Bakhtiar said. ‘We are in limbo, although my two eldest children are now in schools.

‘All of them are excited by Christmas and have enjoyed seeing all the decorations. The people of Liverpool have been very welcoming and friendly.’