The independent report into the death of Aishwarya Aswath and the failures of Perth Children’s Hospital has found the triage and waiting areas were ‘vulnerable’ and not staffed well enough on the night the seven-year-old died.

The report, to be tabled in parliament on Tuesday 15 weeks later than promised to Aishwarya’s family, and obtained by Radio 6PR, has echoed the findings made by an internal investigation into her death in May.

In interviews with hospital management and clinical staff, emergency department staff were described as “exhausted, demoralised and relatively isolated” as they struggled to cope with an increasing workload and staffing disruptions due to COVID-19 restrictions.

“A major increase in ED presentations and other service demands, in late 2020, due to unseasonable respiratory illnesses and increases in adolescent mental health patients, was not able to be met with organisational response of sufficient urgency,” the panel found.

“Staffing and rostering challenges, along with the inability to backfill higher than usual sick leave, may have further contributed to workload pressures in the ED.” 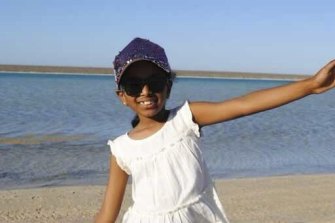 The eastern states-based panel members talked six times via video with Aishwarya’s parents Aswath Chavittupara and Prasitha Sasidharan and family advocate Suresh Rajan but could not meet in person due to COVID-19 restrictions.

Aishwarya died from a Strep A bacterial infection at Perth Children’s Hospital on April 3 after a two-hour wait in the emergency department to see a doctor, despite multiple pleas for help from her parents.

Aishwarya’s parents believe their daughter would still be alive had she been seen earlier.

The damning internal report, known as a root cause analysis, into her death laid bare a litany of staffing, equipment and policy failures at the hospital the night she died, including recording parental concern as ‘zero’.

“The panel found there were a cascade of missed opportunities to address parental concerns and incomplete assessments, with a delay in escalation, which may have contributed to the patient’s outcome,” the report found.

The report made 11 recommendations including improved pathways for parents to escalate their concerns to the hospital and improved sepsis recognition procedures.

Child and Adolescent Health Service chair Debbie Karasinski stood down from her role while chief executive Aresh Anwar said he had verbally offered his resignation, but it was rejected by director general David Russell-Weisz.

Dr Anwar said in May he could not endorse the root cause analysis until the independent investigation was completed.

This move, as well as a move to refer two nurses and a doctor to the federal health regulator, was criticised by the panel, which said it exacerbated poor morale in the hospital.

“The extraordinary handling of the [root cause analysis] report, most notably the absence of executive team endorsement, along with the later referrals of staff to the Australian Health Practitioner Regulation Agency, the unexpected release to the media and the public scrutiny did much to damage trust and morale.”

Her death also prompted an outpouring of grief from the WA community and sparked protests from doctors and nurses over under resourcing of the health system.

Her parents were so desperate for this internal review they started a hunger strike.

On May 25 Health Minister Roger Cook announced a 10-week independent review by the Australian Commission on Safety and Quality in Health Care.

The terms of reference said the panel would look at general failures in the hospital as well as any matters raised by Aishwarya’s family.

At the time Mr Cook said the inquiry was about better understanding what happened to Aishwarya and making sure it did not happen again.

“No inquiry will reduce the loss suffered by Aishwarya’s family nor the distress of staff involved but is vital we all get answers,” he said.

“The ultimate goal for everyone is to learn from this tragic case, not only to honour the memory of Aishwarya, but also to restore public confidence in our flagship children’s hospital.”