The U.S. Department of Labor (DOL) released its weekly jobless claims report at 8:30 a.m. ET Thursday. Here were the main metrics from the report, compared to consensus estimates compiled by Bloomberg:

Last week’s new jobless claims were upwardly revised slightly to 884,000, from the 881,000 previously reported. This marked the first time since March that jobless claims came in below 1 million for back-to-back weeks, as claims remained stubbornly elevated but off their peak from the worst point of the pandemic.

The past couple weeks of jobless claims appeared to improve considerably from the more than 1 million new weekly claims reported in mid-August. However, this was due to a technical change in the way the Labor Department made its seasonal adjustments, which applied for the first time to claims counted during the week ended August 28. Previous weeks’ claims were not revised to reflect the new counting method.

The change was made to account for the fact that the pandemic generated a far greater level of new claims per week than would typically occur over the course of a year, throwing off the Labor Department’s usual system of making adjustments for seasonal hiring trends.

Unadjusted claims have shown a clearer picture of the stalling recovery in the labor market. Last week, unadjusted new weekly jobless claims totaled 857,148, for an increase of 20,140 over the prior week. This was the fourth straight week of increases in unadjusted new claims.

Other economic indicators offered a more upbeat picture of the U.S. labor market. The Labor Department’s monthly jobs report released last Friday showed the U.S. economy added a greater-than-expected 1.371 million payrolls in August, and that the unemployment rate dipped more than anticipated to 8.4%. Wednesday morning, the JOLTS jobs report showed employers had more than 6.6 million job openings in July, topping expectations by over 600,000. 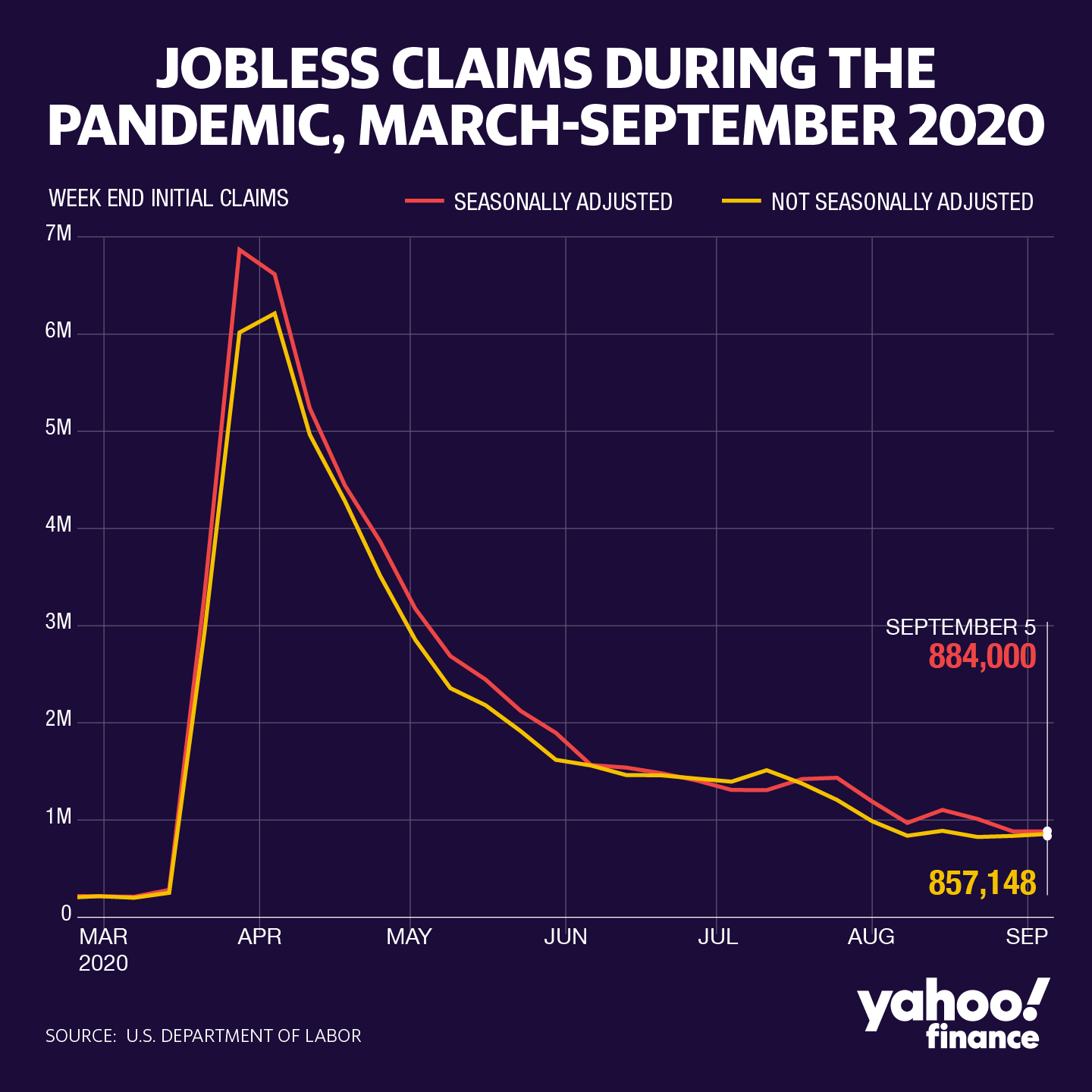 More from Yahoo Finance:
E-commerce startup Verishop aims to become the ‘largest online shopping mall in the Western world’: CEO
Some wellness products growing ‘over 1,000%’ during pandemic: Ro CEO
What we can learn from the 17 stock market crashes since 1870

For tutorials and information on investing and trading stocks, check out Cashay