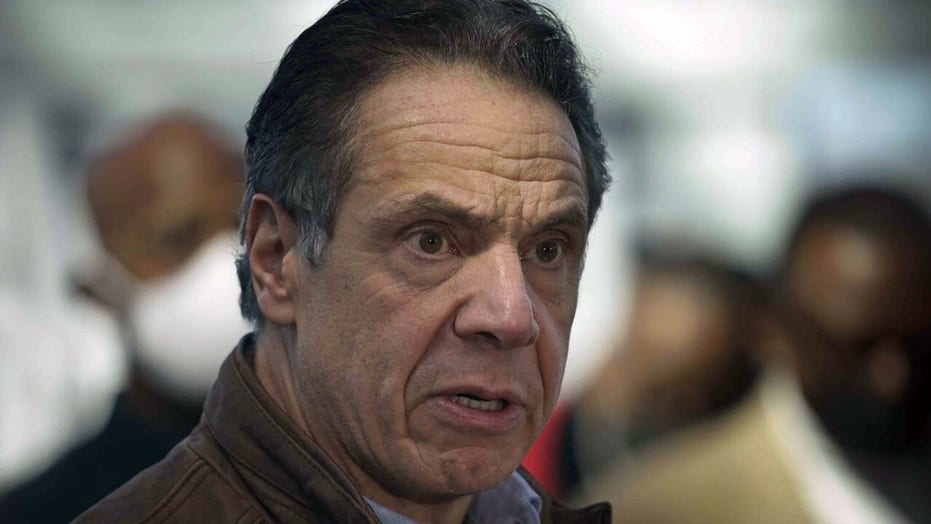 New billboard messages demanding Gov. Andrew Cuomo’s impeachment appeared in Albany on Tuesday — with one mocking the nipple rings that appeared to jut out under his official state shirt last year.

“6 strikes → CUOMO’S OUT — Free the Nipple, Fire the Boob,” one digital slogan says in hot pink and white letters against a black background, according to a mock-up posted on Twitter.

CUOMO ACCUSED OF TOUCHING AIDE AT THE EXECUTIVE MANSION: REPORT

Another says, “I AM ONE MORE WOMAN — Impeach CUOMO,” while a third features an image of a bald eagle and the words “MAKE PUBLIC THE CUOMO ADMINISTRATION FBI INVESTIGATION!”

The poke at Cuomo’s nipples — amid spiraling accusations of sexual misconduct and other inappropriate behavior — stems from a series of photos shot on March 31, 2020, as he doffed a black coat bearing the state seal to reveal a white golf shirt underneath.

The photos also seem to show mysterious protrusions on Cuomo’s upper chest that online commenters suggested were the result of jewelry attached to his nipples.

A Cuomo spokesman denied the speculation at the time, saying, “Of course not, sorry, internet.”

CUOMO ‘NOT AWARE’ OF SIXTH WOMAN’S ALLEGATION, ADDRESSES HIS PAST CALLS FOR OTHERS TO RESIGN

The governor’s ex-girlfriend, celebrity chef Sandra Lee, also told Page Six that the nipple-ring theory was “nonsense,” but didn’t deny that Cuomo had any piercings.

The new electronic messages were commissioned by political activist Kat Sullivan, who said she’s paying $3,000 to have them and four others displayed on a billboard along I-787 near the Capitol building through Friday.

They appear in rotation, once a minute for 10 seconds each, she said. 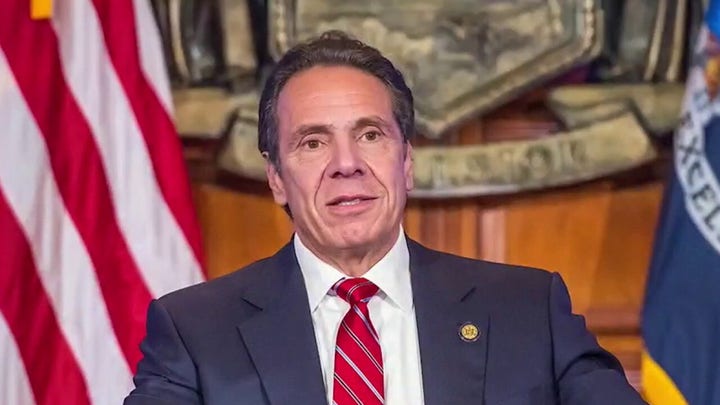 Other messages target top Cuomo aide Melissa DeRosa and U.S. Sen. Kirsten Gillibrand (D-NY) for not unequivocally denouncing Cuomo over the sexual harassment allegations against him.

“I’m not sure that the people who are around Cuomo understand the gravity of things that are done wrong in New York state,” Sullivan said.

Spokespeople for Cuomo and Gillibrand didn’t immediately respond to requests for comment.