Now your Apple watch can stop nightmares by waking wearers who are tossing and turning, makers say

Apple watches can stop you having nightmares, the company claimed yesterday.

Sensors that monitor heart rate and movement can detect when users are having a bad dream.

The watch then ‘gently’ vibrates to shake the wearer out of it, but tries not to wake them up.

Speaking at the Web Summit in Lisbon, Apple’s Dr Sumbul Desai said: ‘Sleep is almost the closest anyone gets to death.

‘It’s a morbid way of thinking about it, but it means the watch only needs to pick up on slight movements.

‘If you’re having a nightmare, you’re going to have more physiological signals, such as moving around more.’

Dr Desai said the development had been ‘incredibly useful’ for people suffering post-traumatic stress disorder (PTSD), who are susceptible to night terrors. 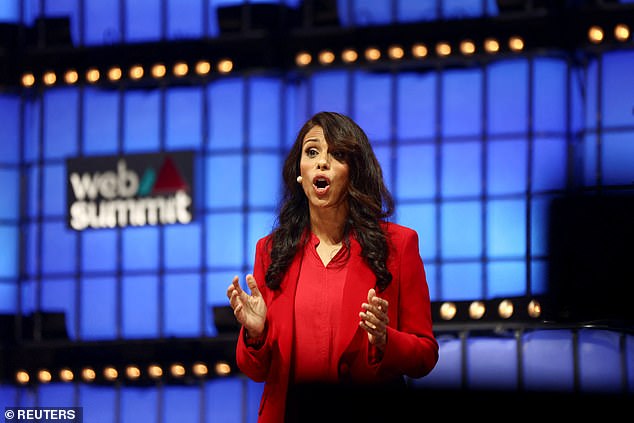 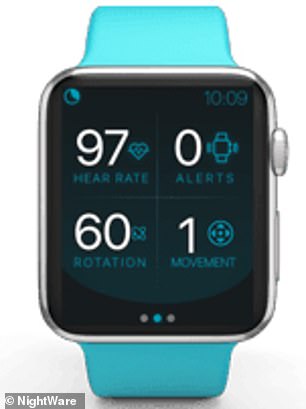 The feature is the brainchild of a company called Nightware

The feature is the brainchild of a company called Nightware and is available through an app of the same name.

Trials have shown it can improve a user’s sleep within two weeks, says Nightware.

The latest iteration of the Apple Watch, series 8, has several new health functions including telling female users the best time to conceive.

The £419 device has sensors embedded to measure temperature, heart rate, and movement using an accelerometer and gyroscope.

Research has found anywhere between 50 to 85 per cent of adults report having the occasional nightmare.

An estimated two to eight per cent of people say their nightmares cause sleep problems.

Women tend to report experiencing them more often than men, but they tend to become less frequent and intense both sexes as they age.

Most nightmares occur during REM during the last stage of the sleep cycle, most often in the final third of the night.

Stress, anxiety, and an irregular sleep routine can all cause them, while trauma can also be a key reason, particularly those suffering from PTSD.