THOUSANDS of travellers have today started gathering in a sleepy village in Cumbria for the Appleby Horse Fair – the biggest gypsy festival in Europe.

Vintage and modern caravans can be seen spread across the lush fields in Appleby-in-Westmorland for the horse fair which attracts over 10,000 travellers every year. 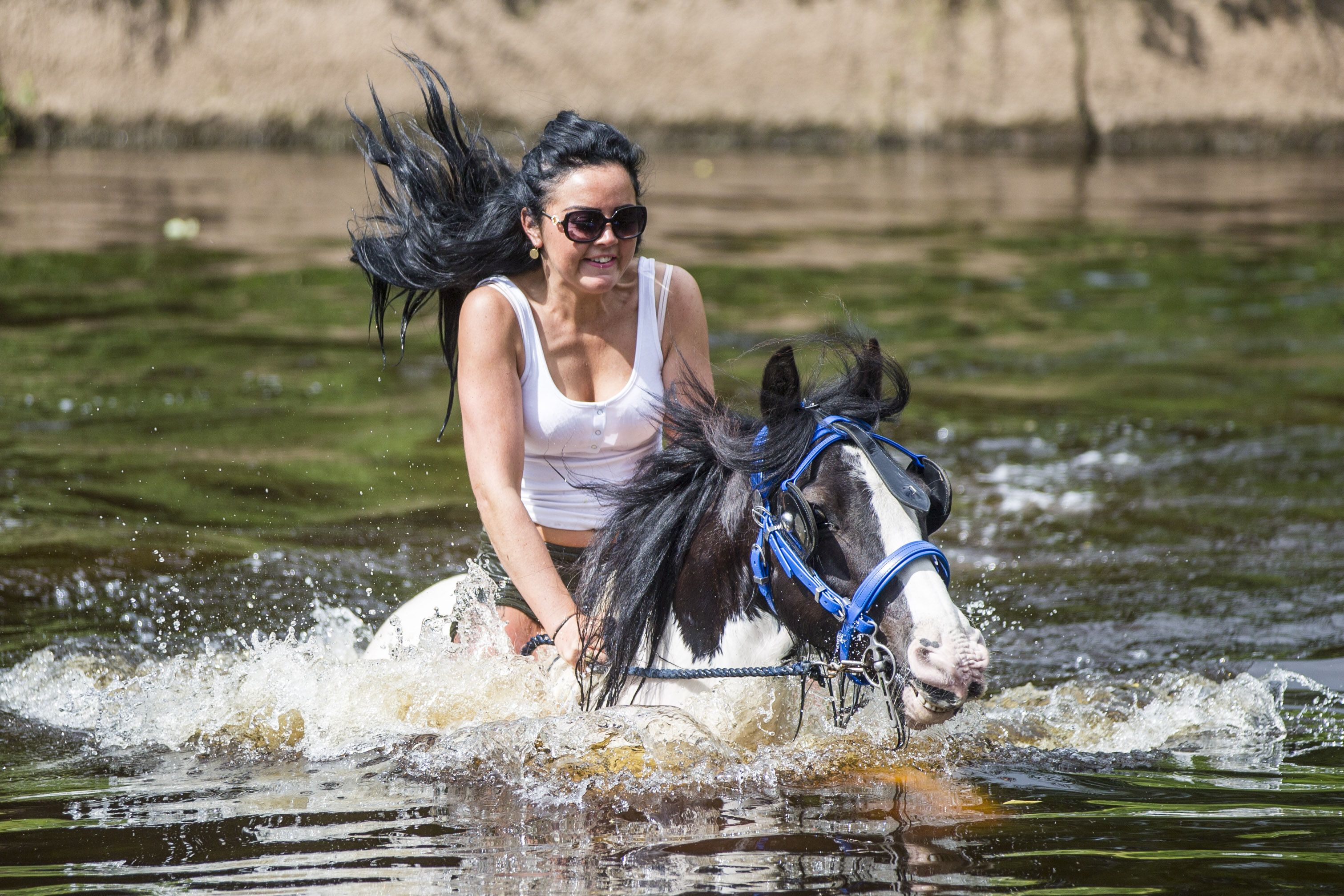 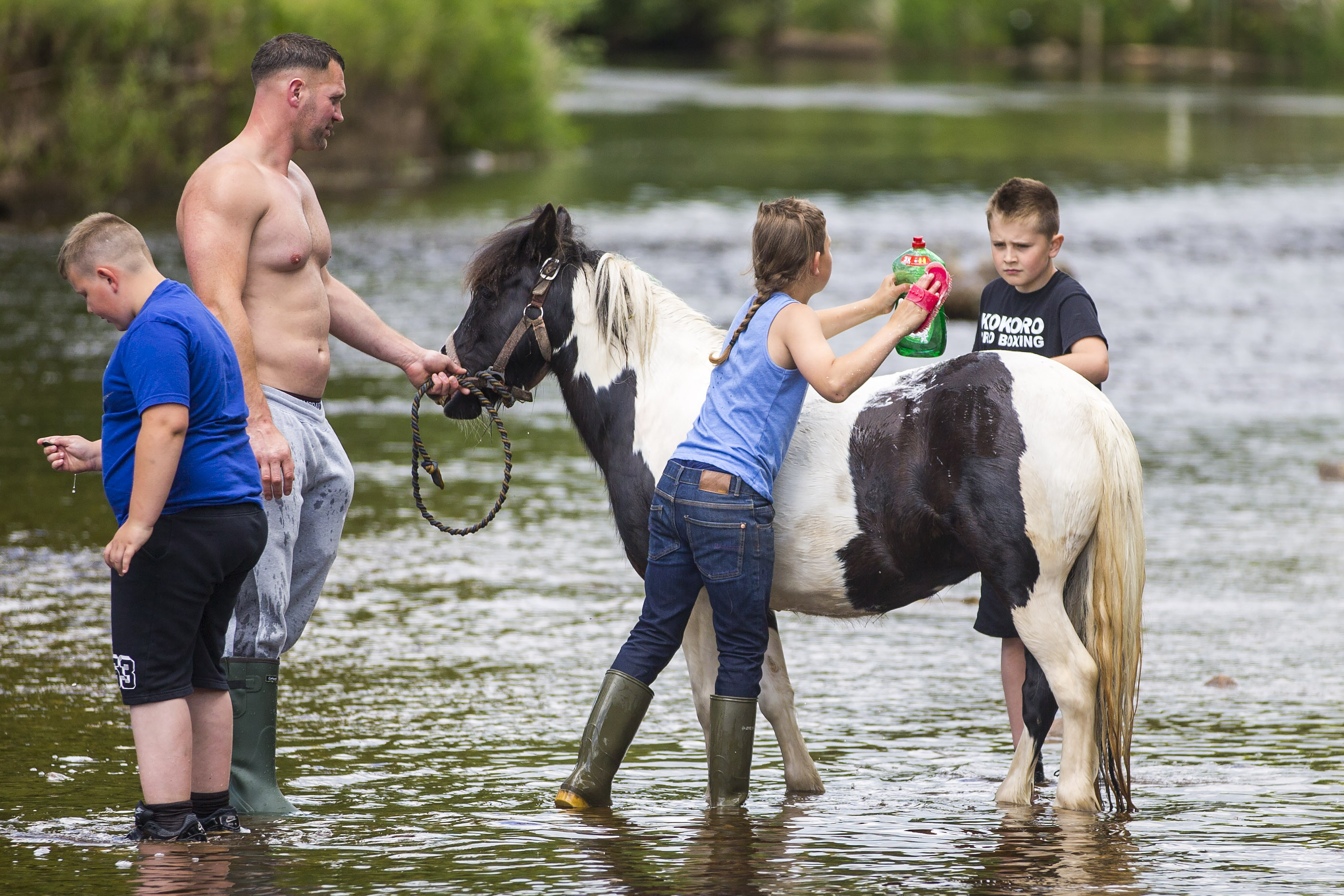 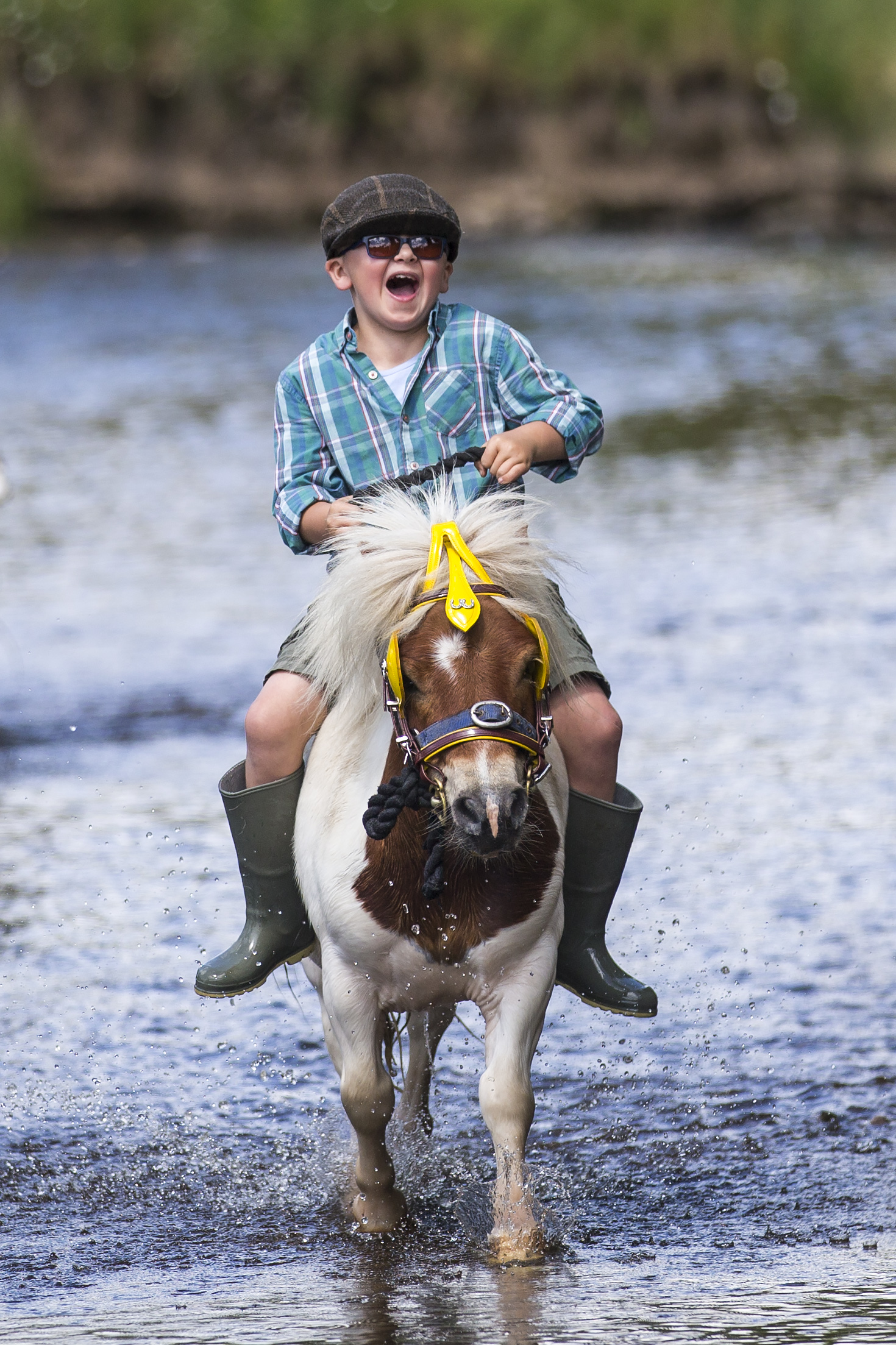 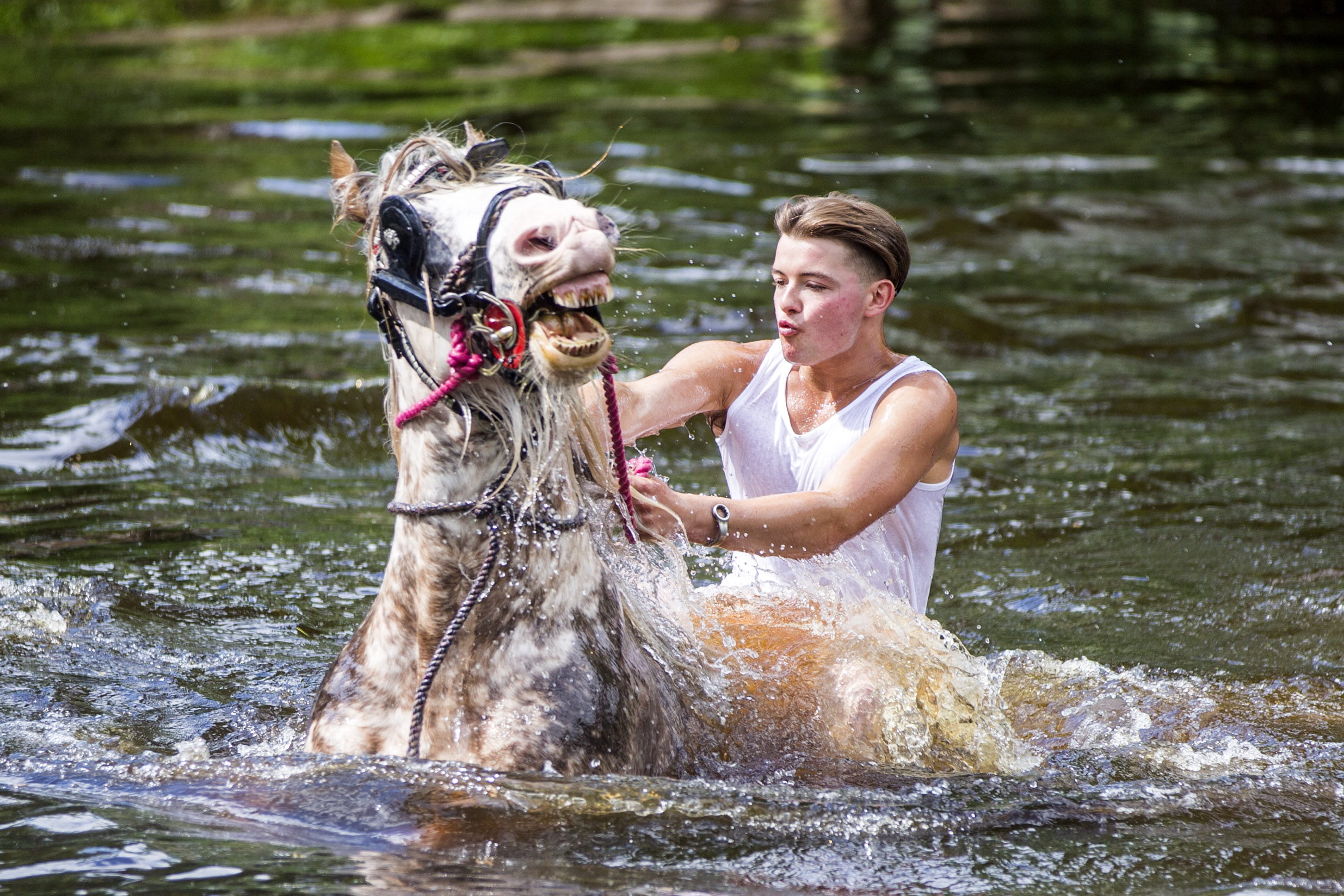 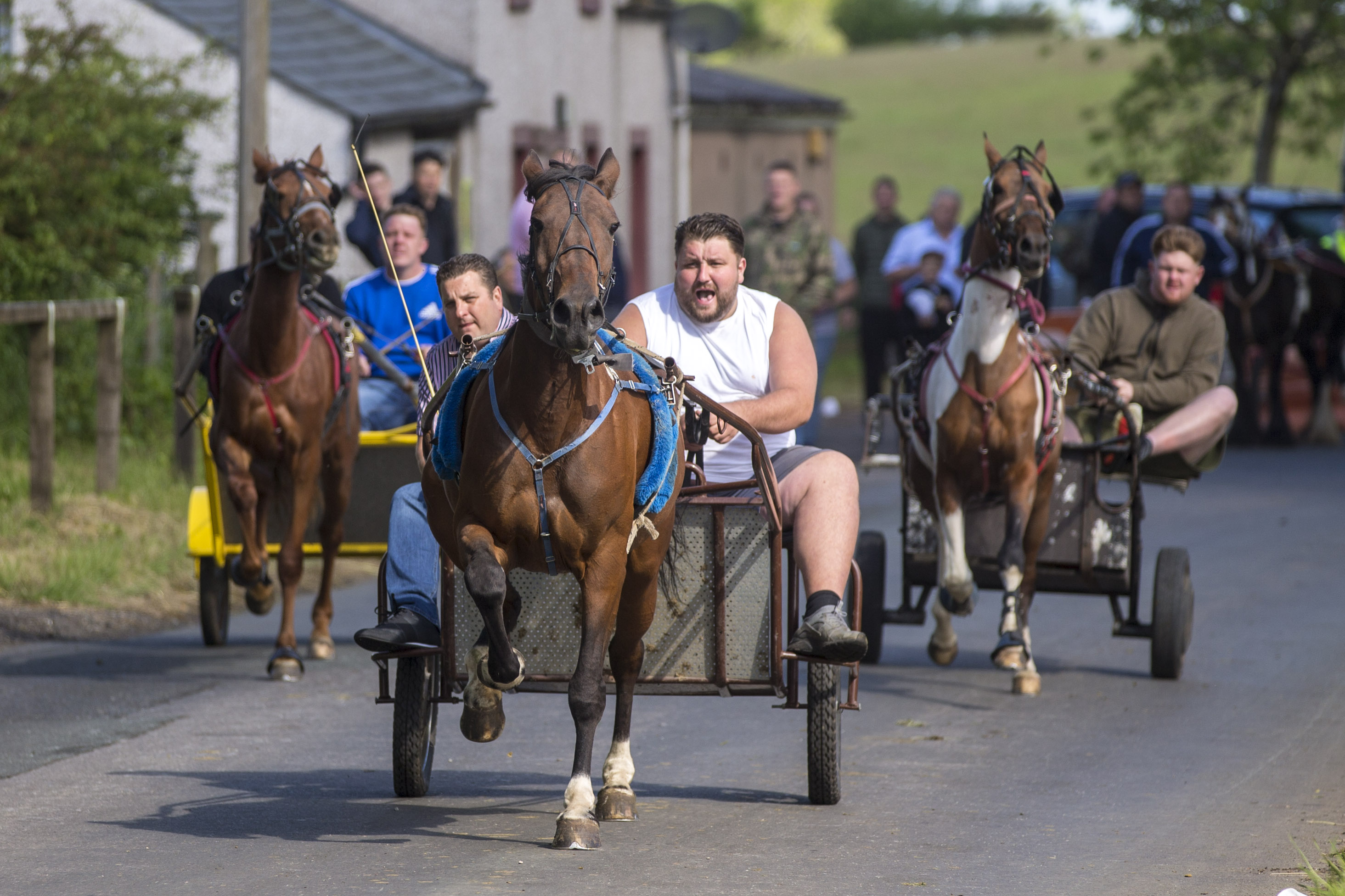 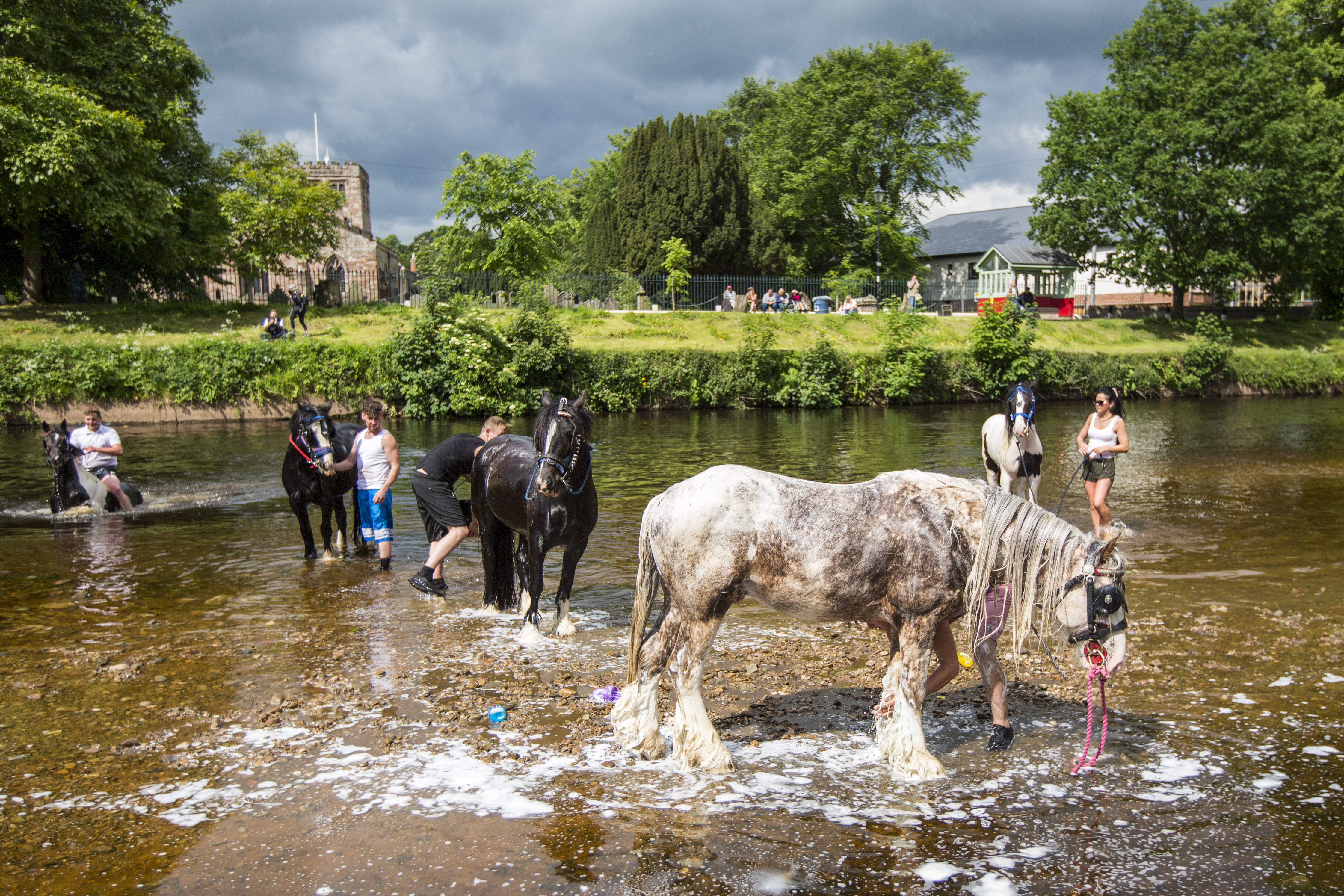 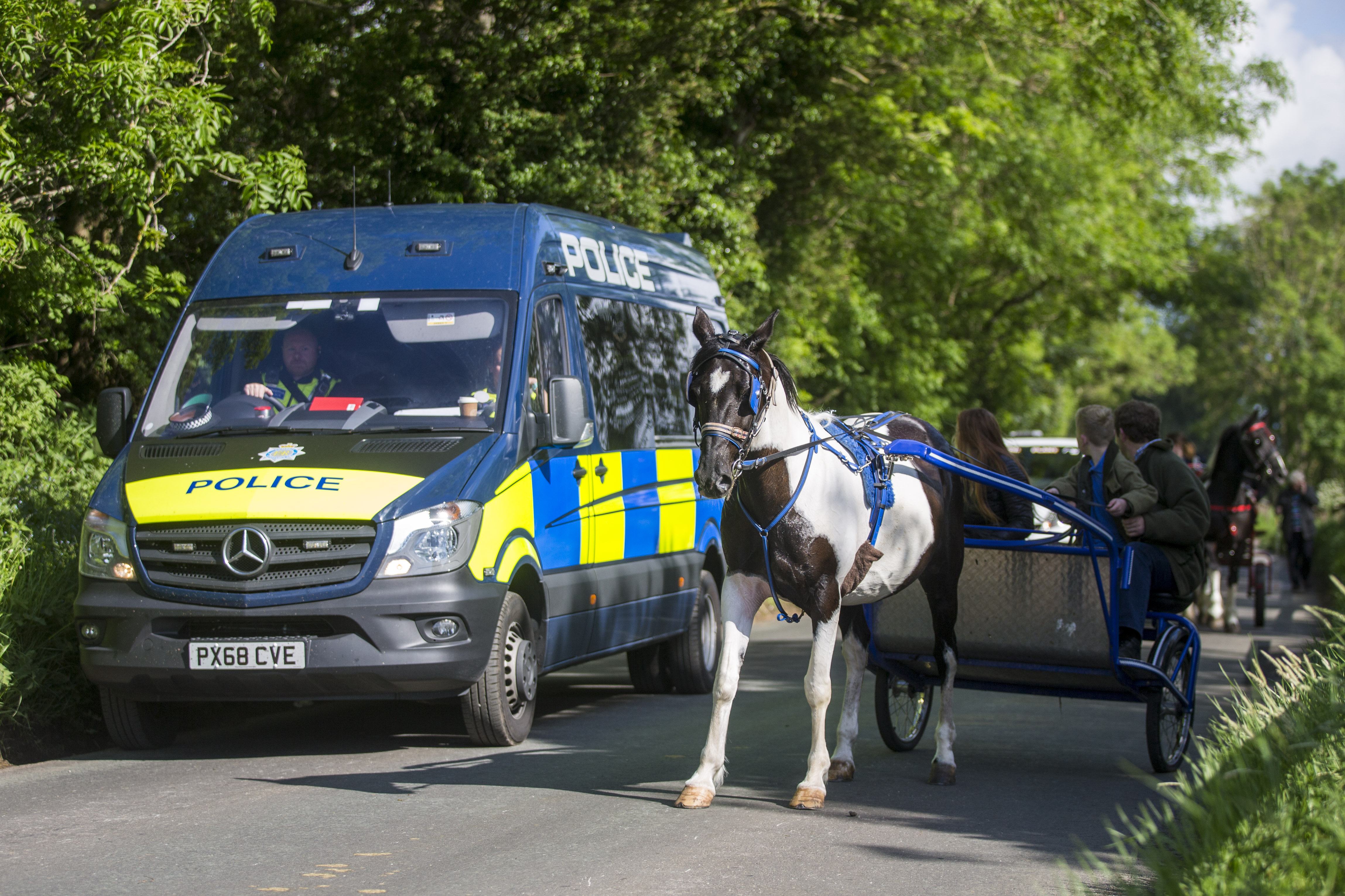 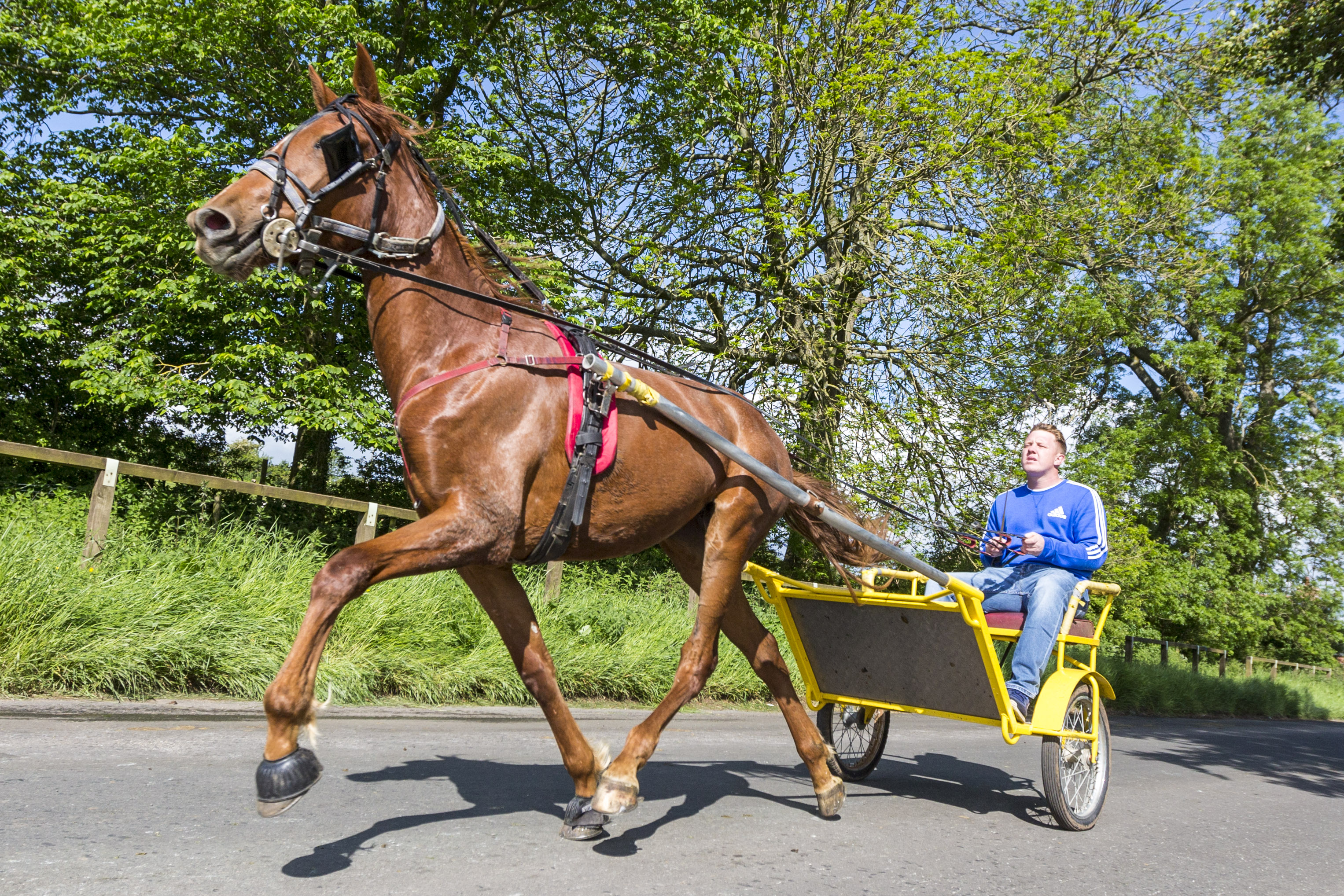 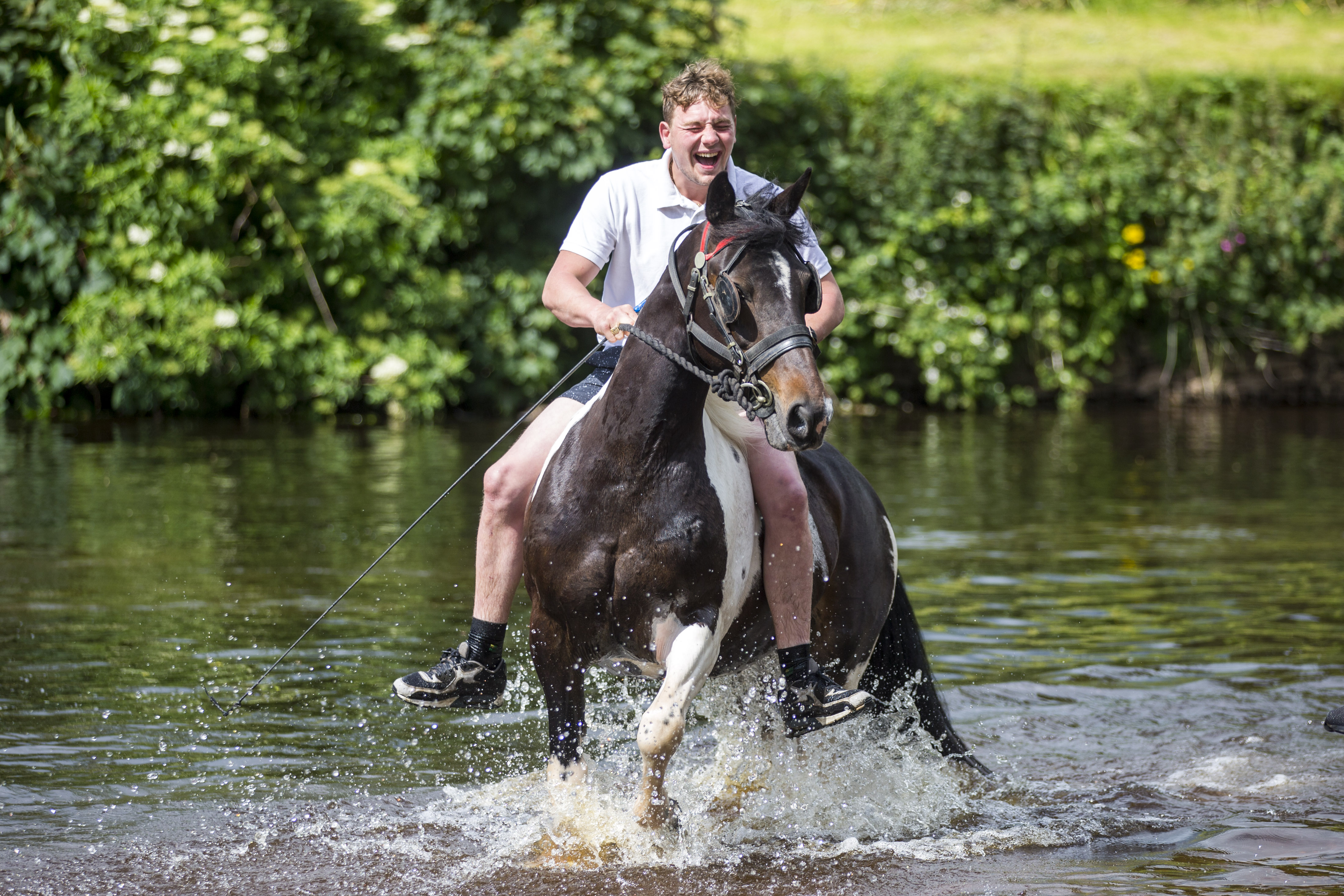 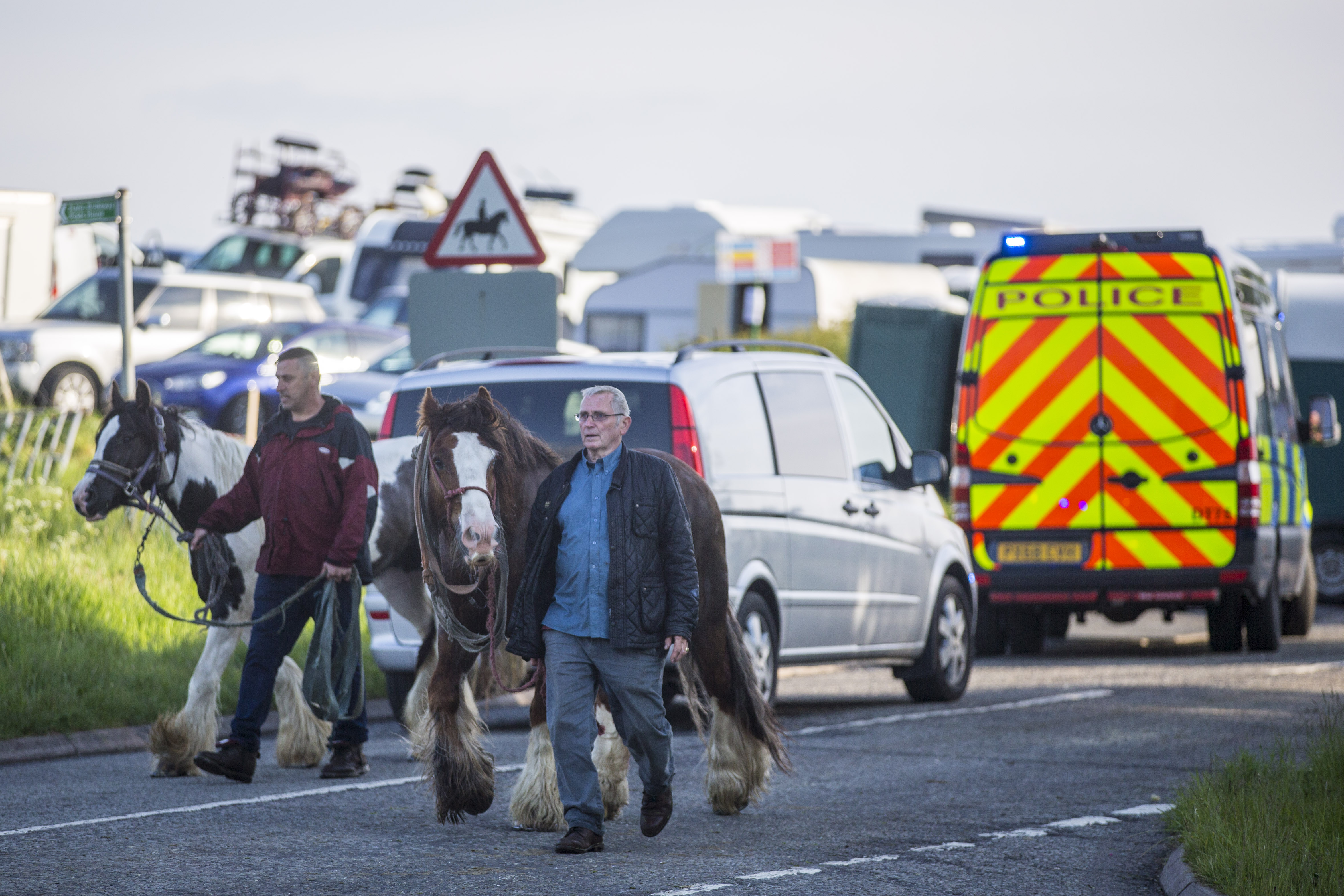 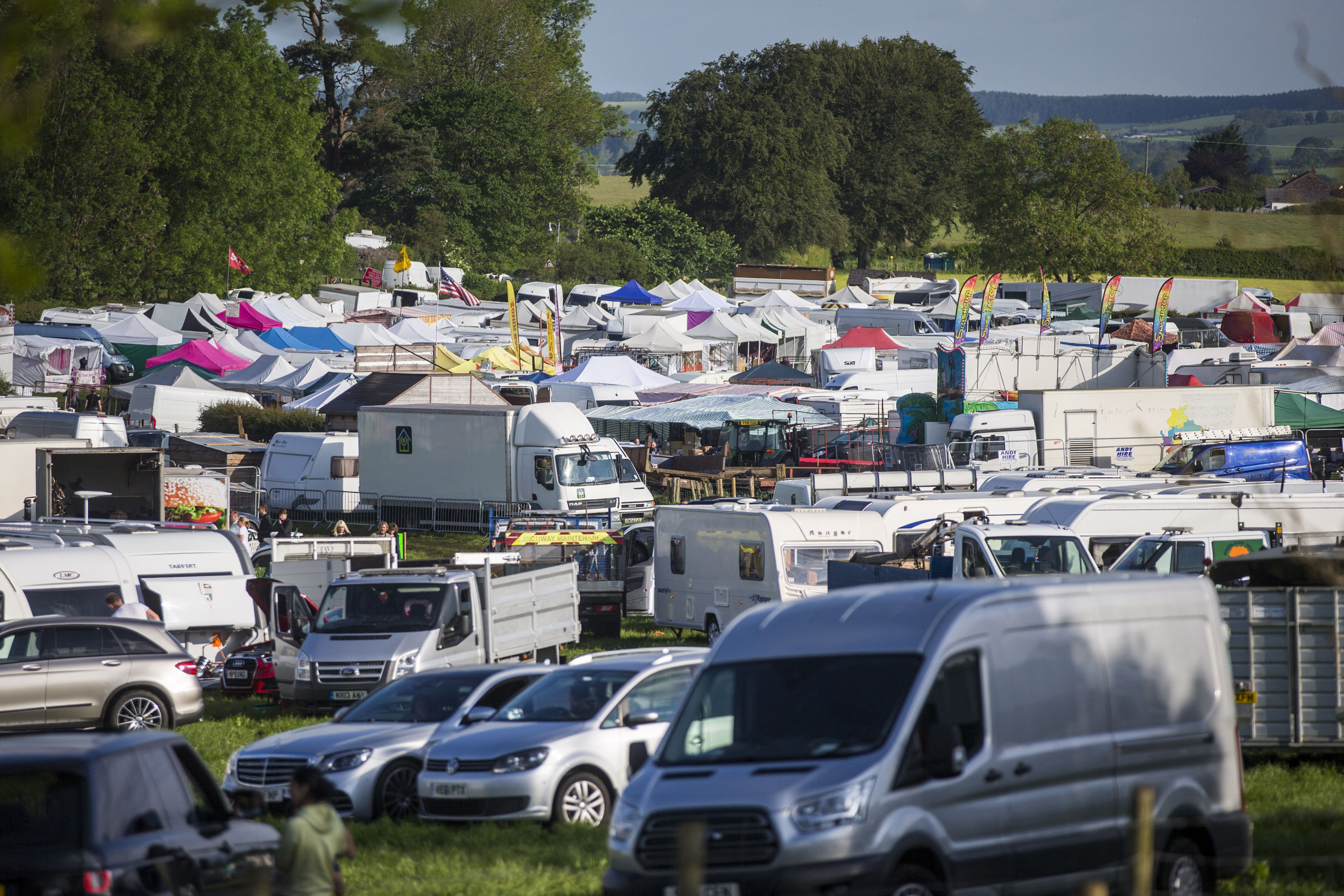 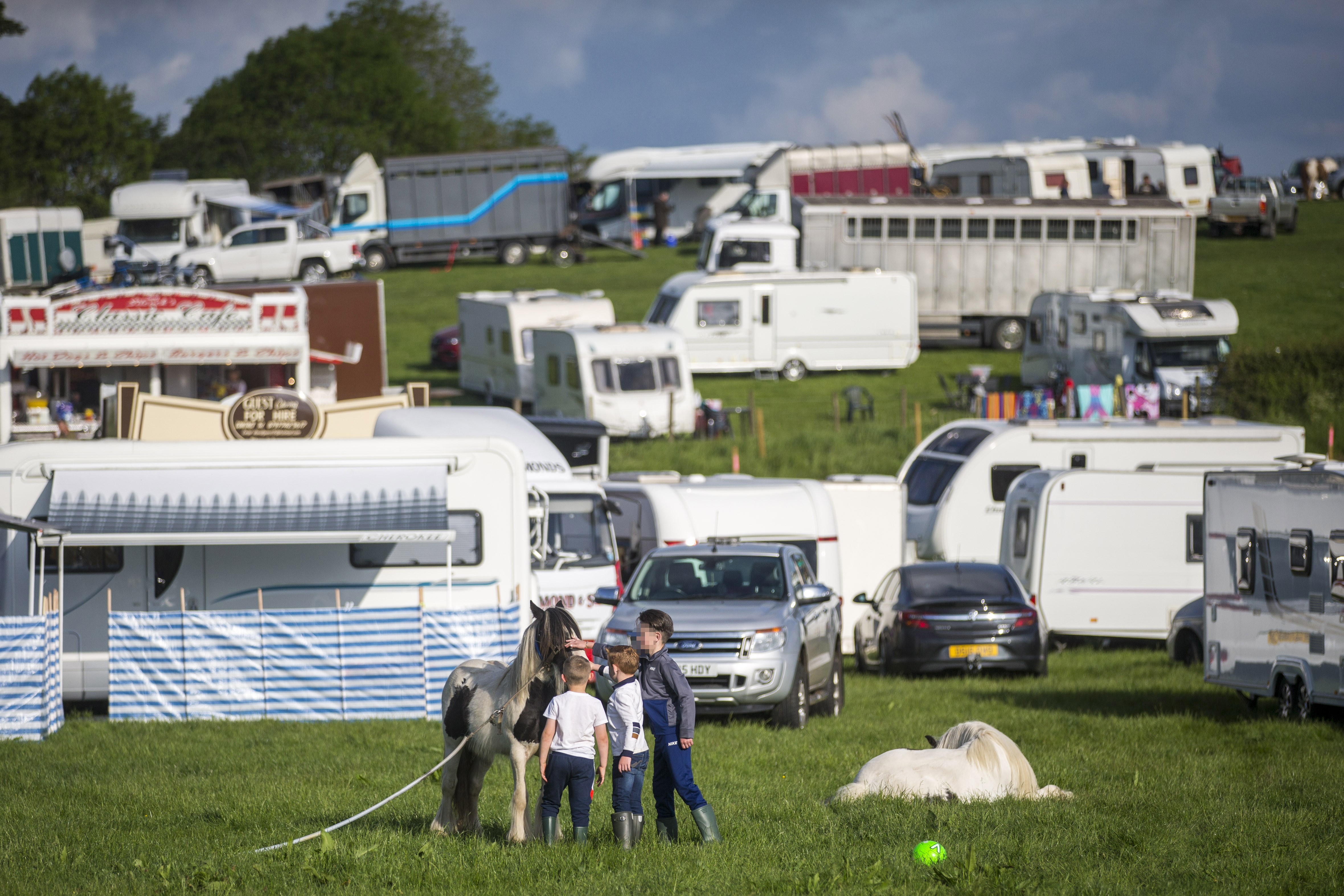 It is a prime spot for buying and selling horses within the gypsy community, but is also seen as an opportunity for travellers to socialise and have fun.

The RSPCA have put up signs around the area in partnership with Eden District Council to let revellers know that act of selling 'pets' in a public place or market is an offence.

Andrew McCaren, who is visiting the fair, said that he saw people in the river washing their horses with bottles of washing up liquid.

Speaking to The Sun he said: "At the moment there are about six people in the river.

"They take the horses into the water up to their ears and then cover them in washing up liquid and soap them all up. They are all fully clothed as they give the horses their bath."

He said that it was a lot quieter than expected for the first day and that it was mainly gypsies and travellers rather than visitors from the area.

He added: "Everyone is in a really good mood. The travellers are more than happy to talk to you about their horses, they are so proud of them and want to show them off.

They take the horses into the water up to their ears and then cover them in washing up liquid and soap them all up. They are all fully clothed as they give the horses their bath.

"The traffic doesn't seem that bad at the moment either, in previous years the area has been absolute gridlock. Some of the main roads are single-carriageway, which become inundated with horse-drawn carts and cars struggle to get past."

Children in wellies pet horses and play with toys in the sunshine as it seems the weather is set to play ball.

Sticking to their roots and giving a nod to their heritage, some sit by open fires heating copper kettles.

Signs are in place warning drivers to slow down for horse-drawn vehicles being pulled along the route, according to News&Star.

One red road sign warns motorists of "injury from horses".

The earliest record of the fair is in a charter from Henry II, dating from the 12th century, but it is believed to have an even longer tradition than that.

There are usually around 1,000 and several hundred horses at the event, with the four-legged creatures being ridden up and down the motorway. 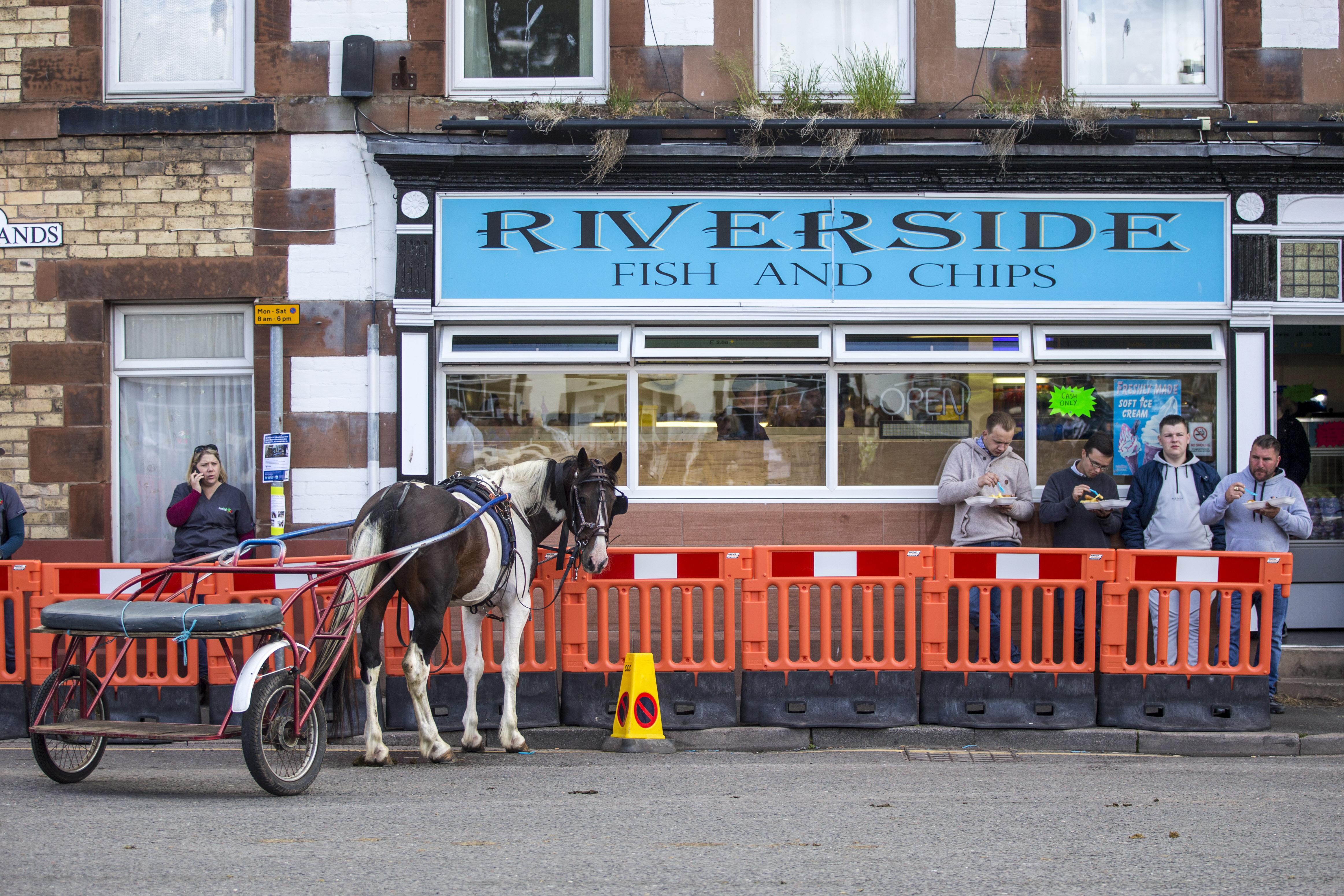 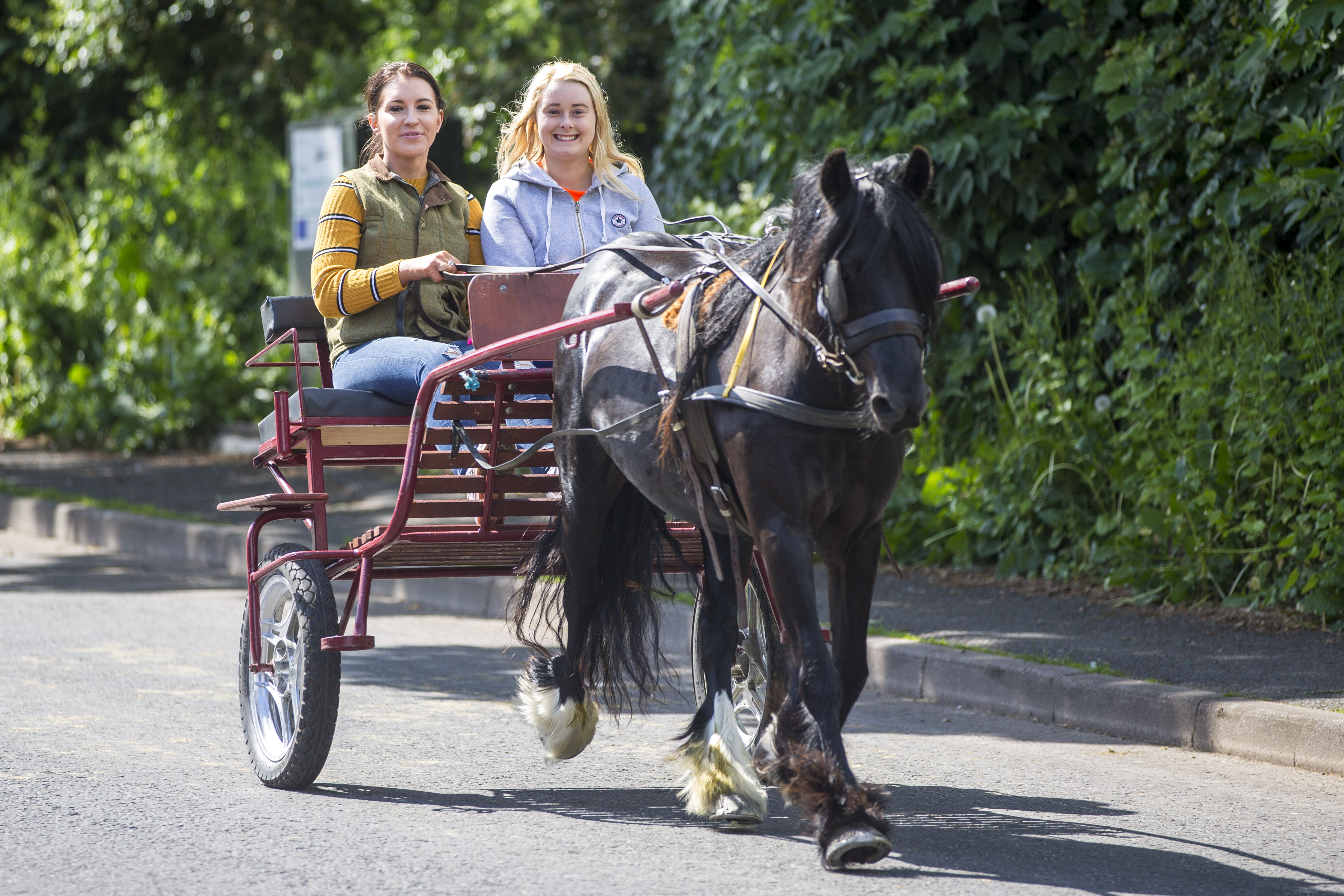 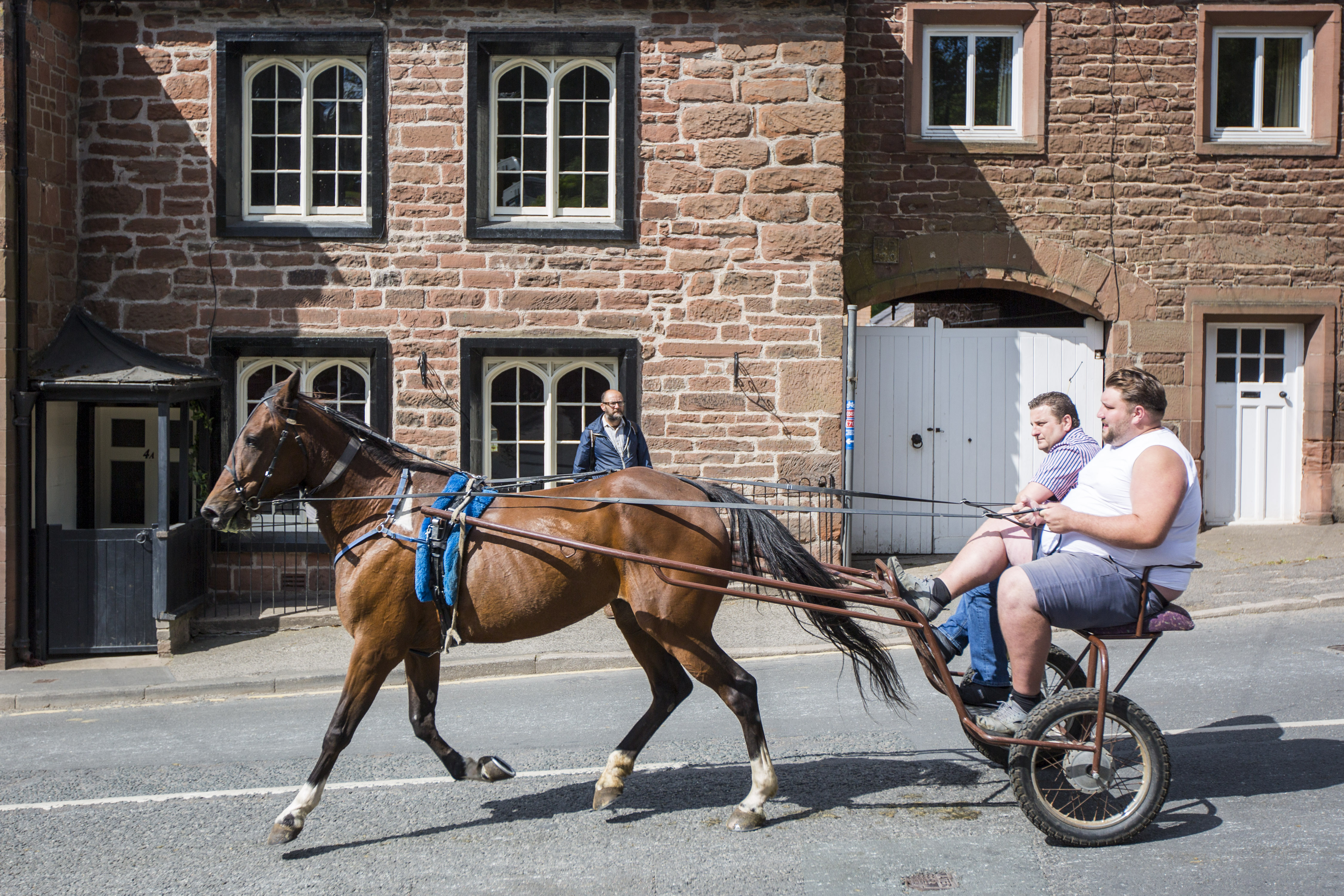 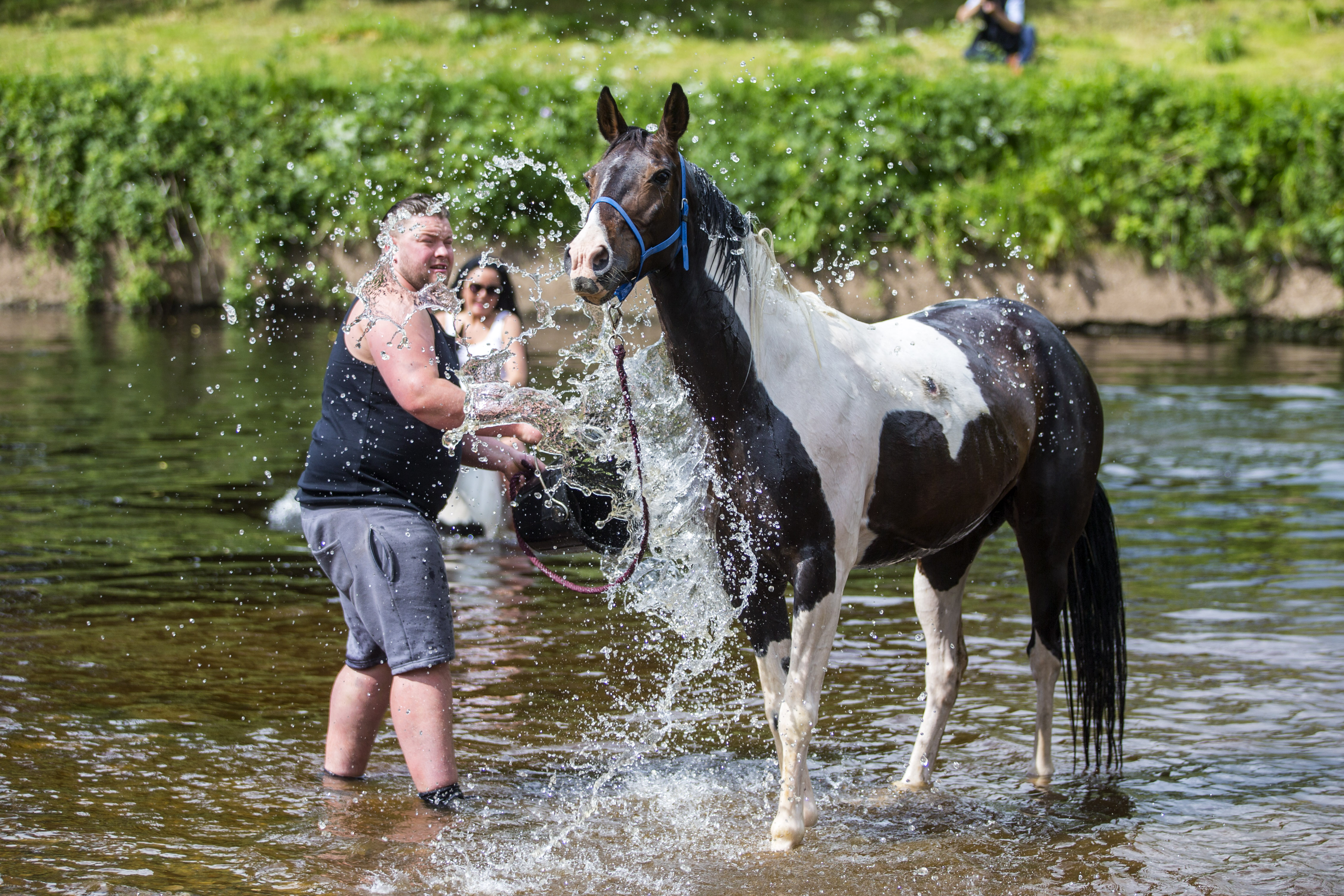 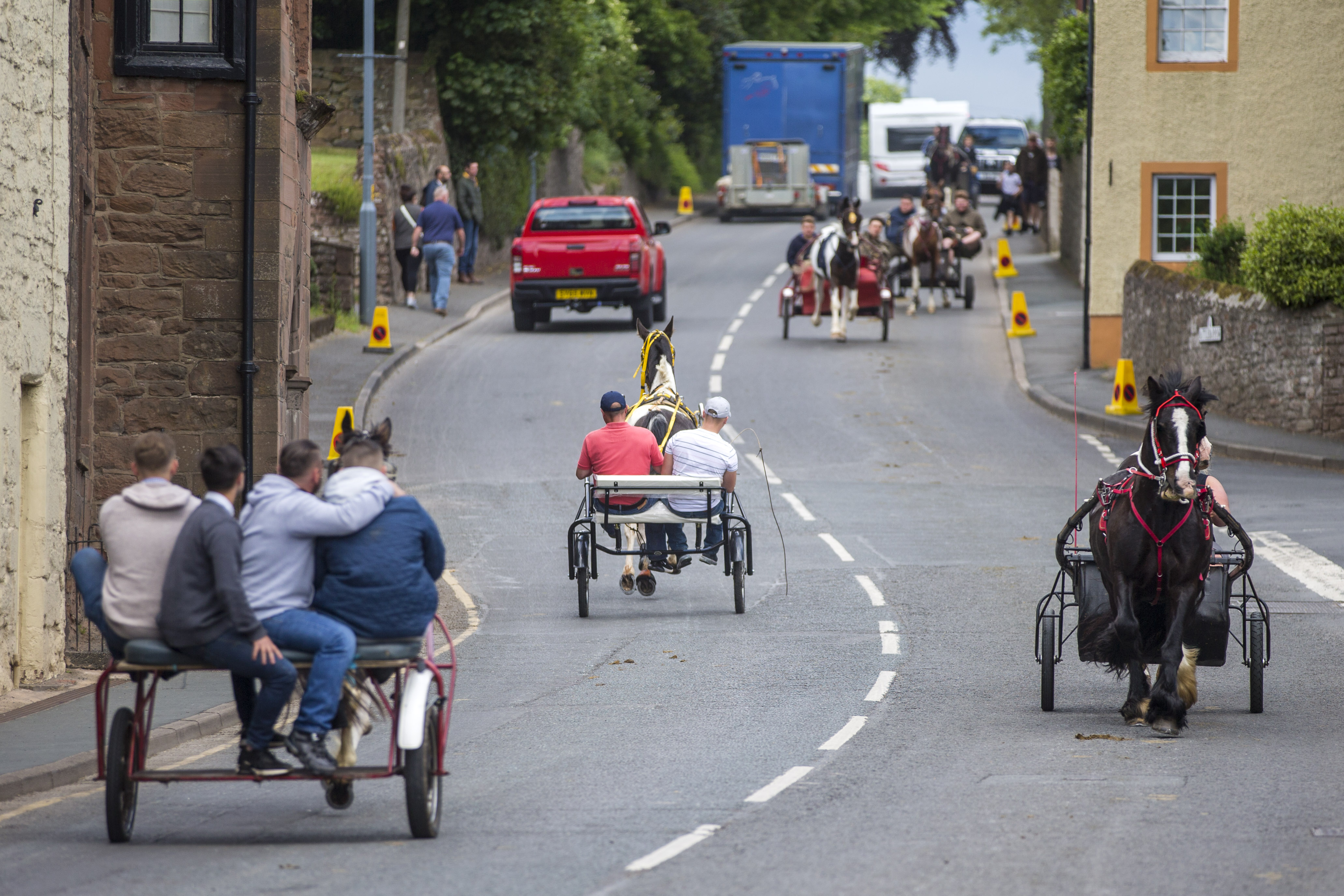 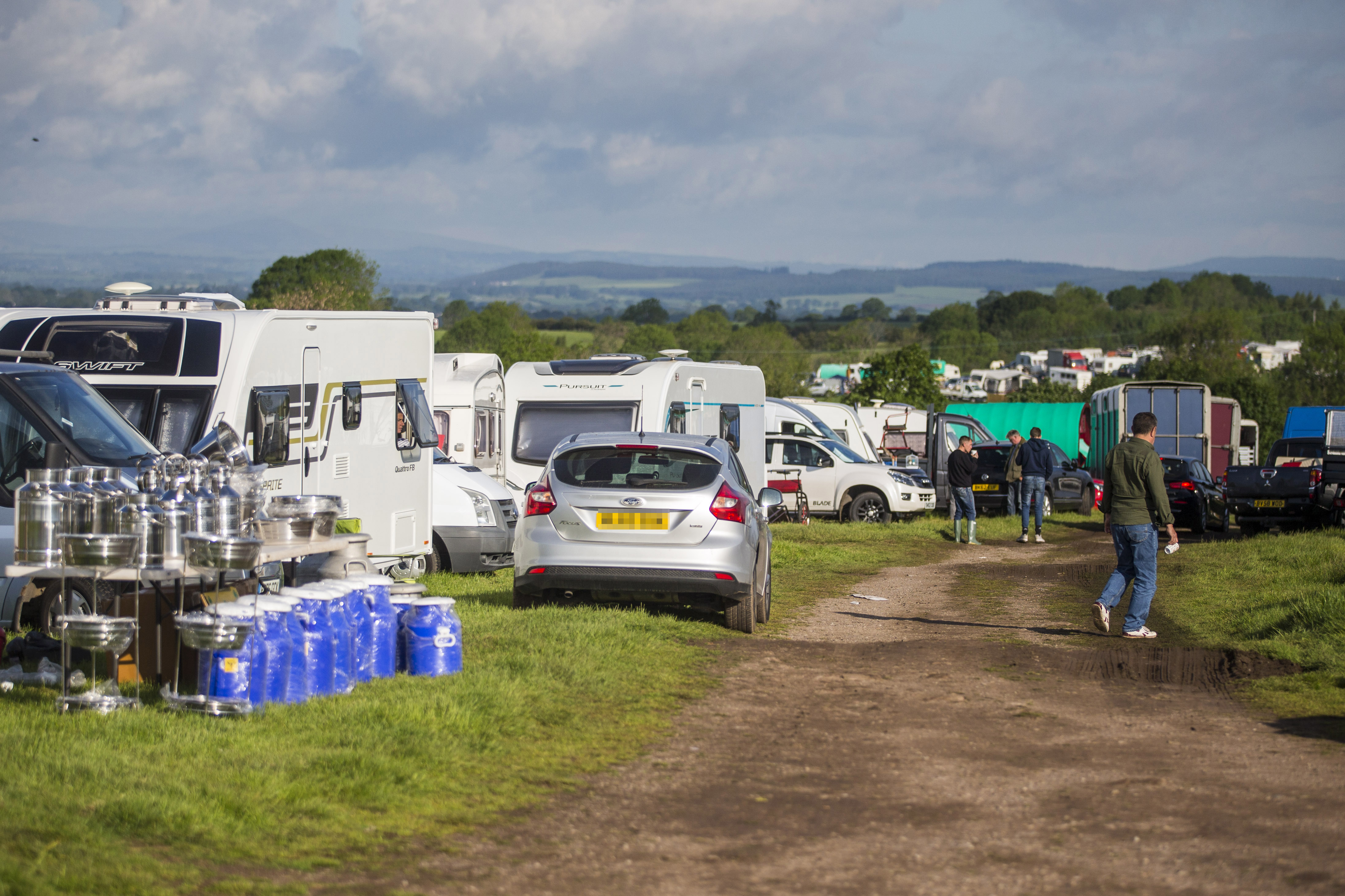 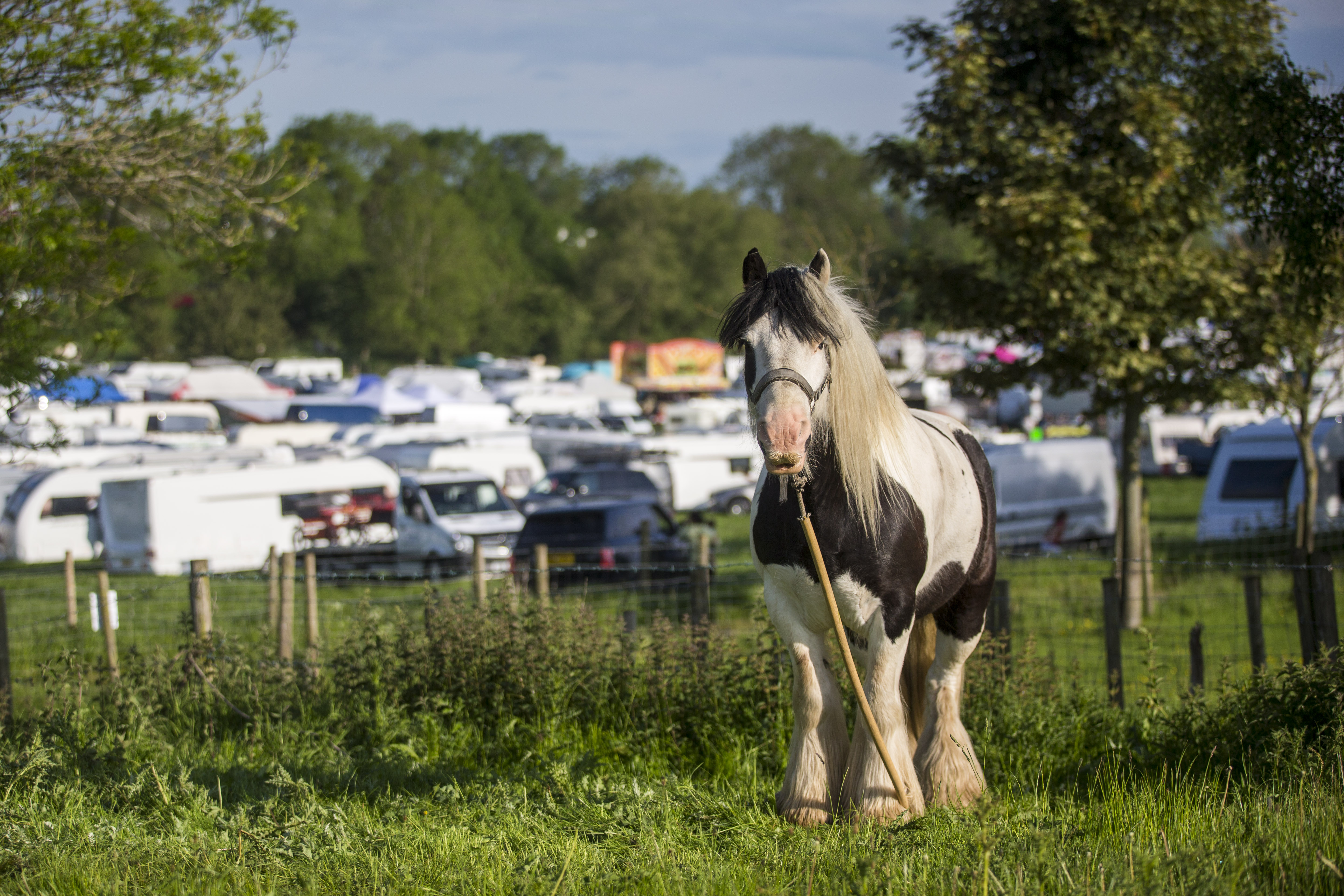 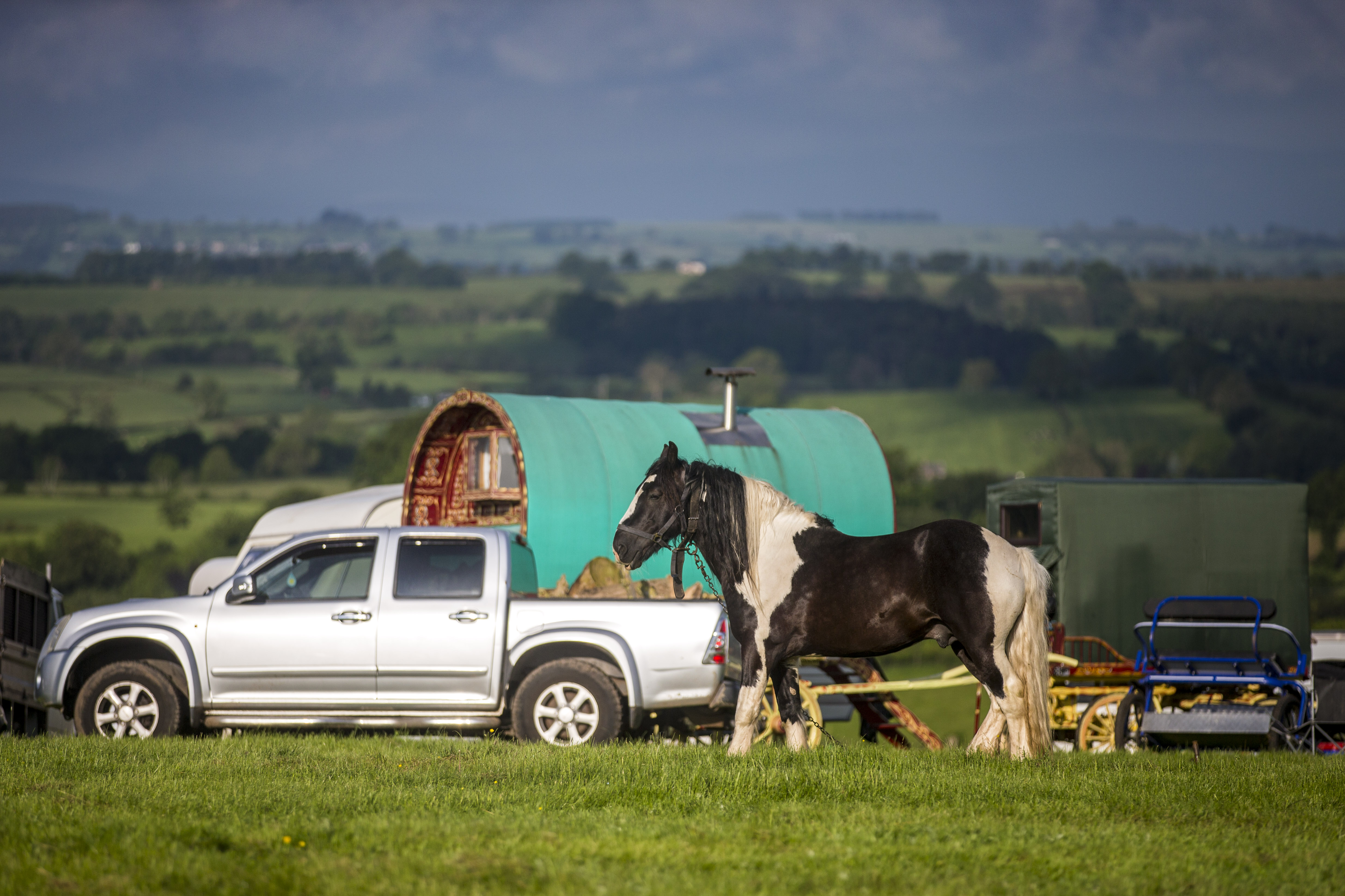 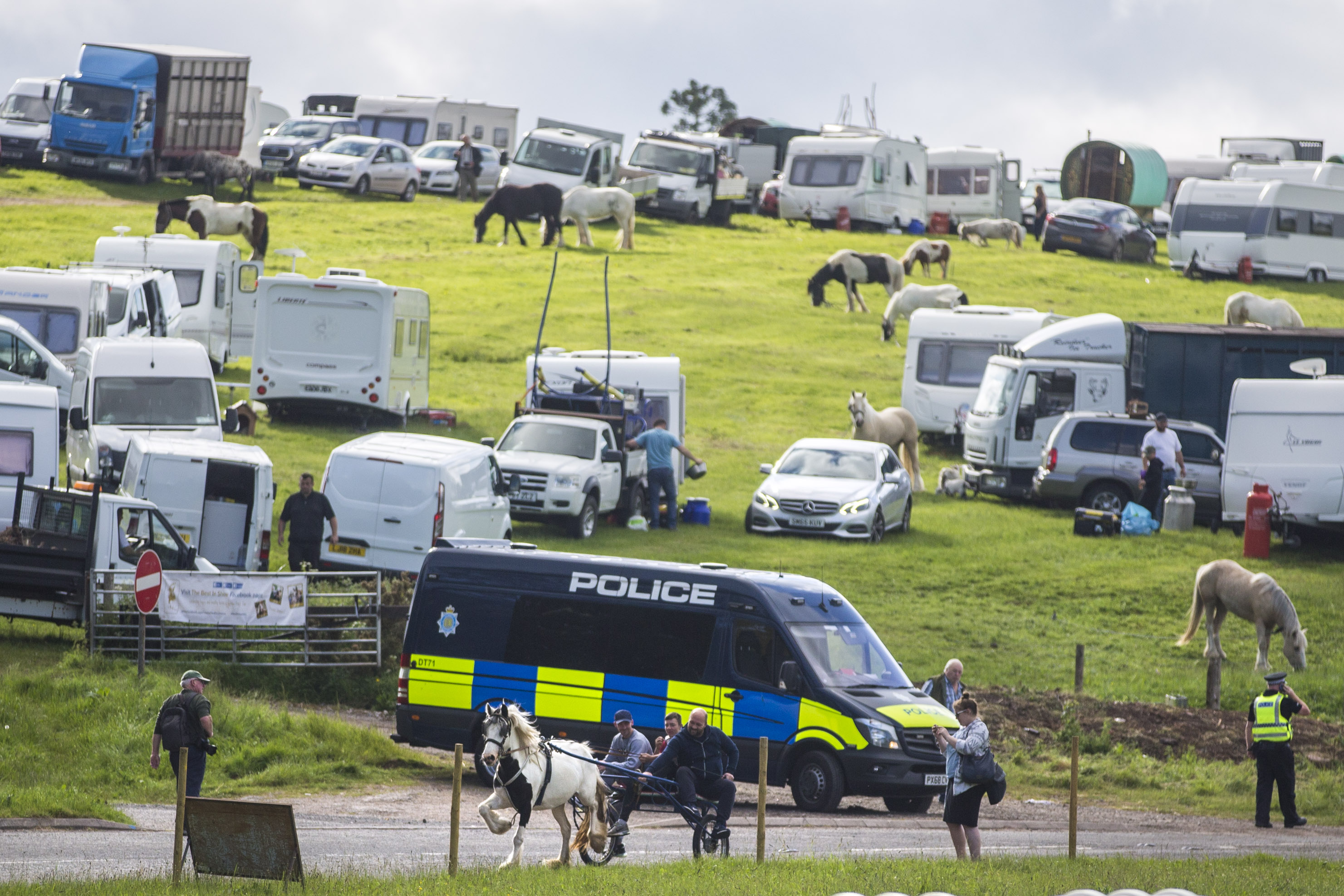 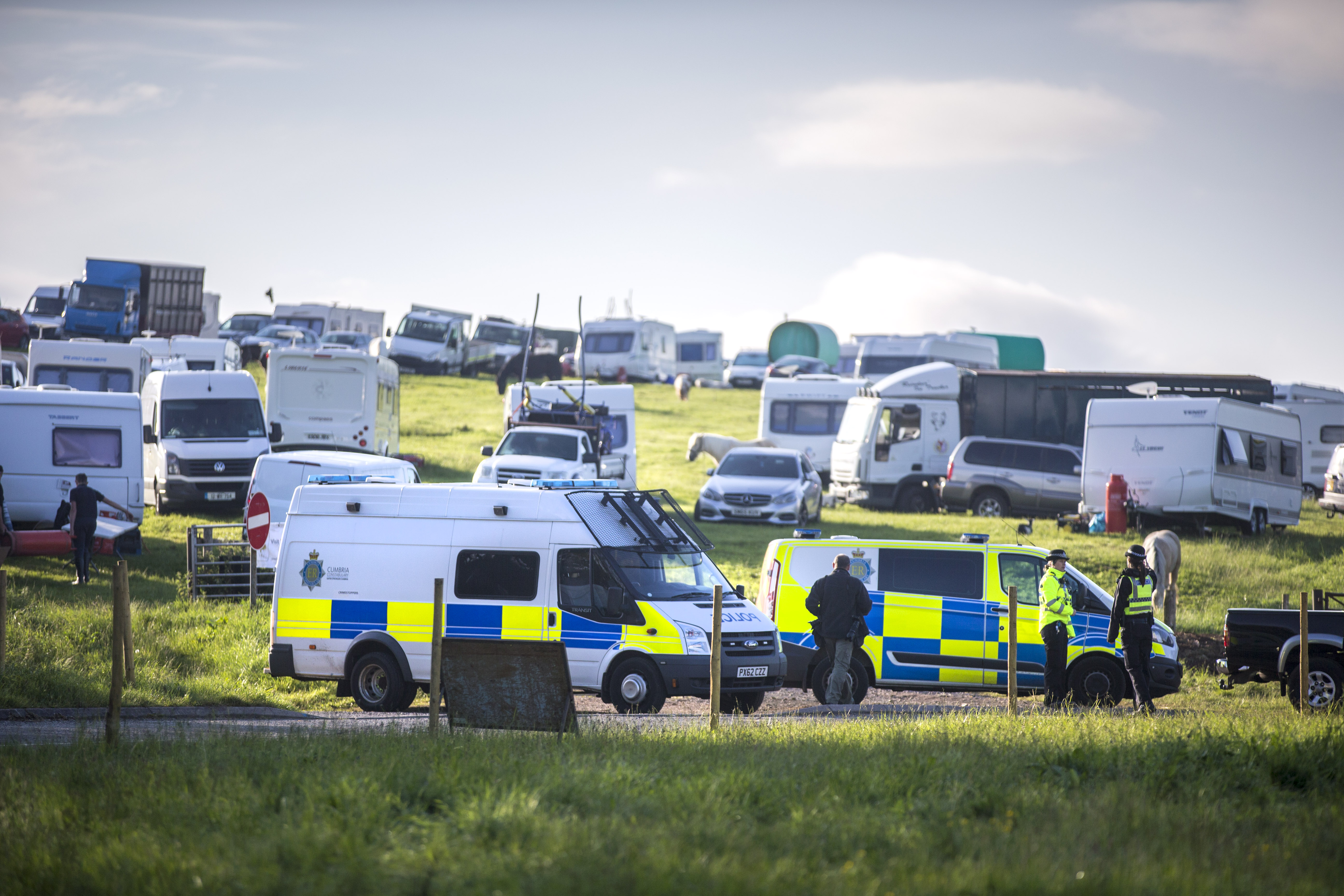 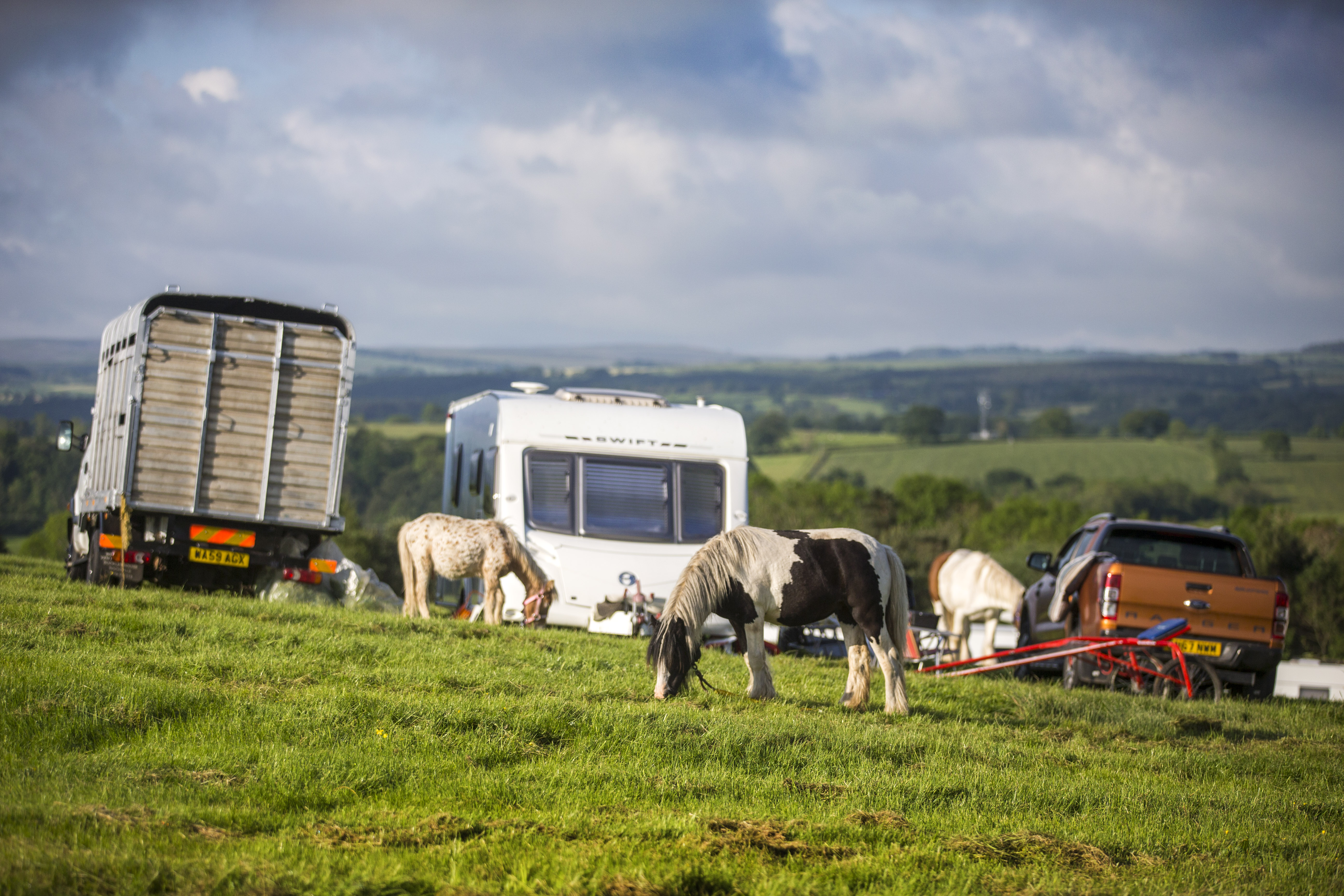 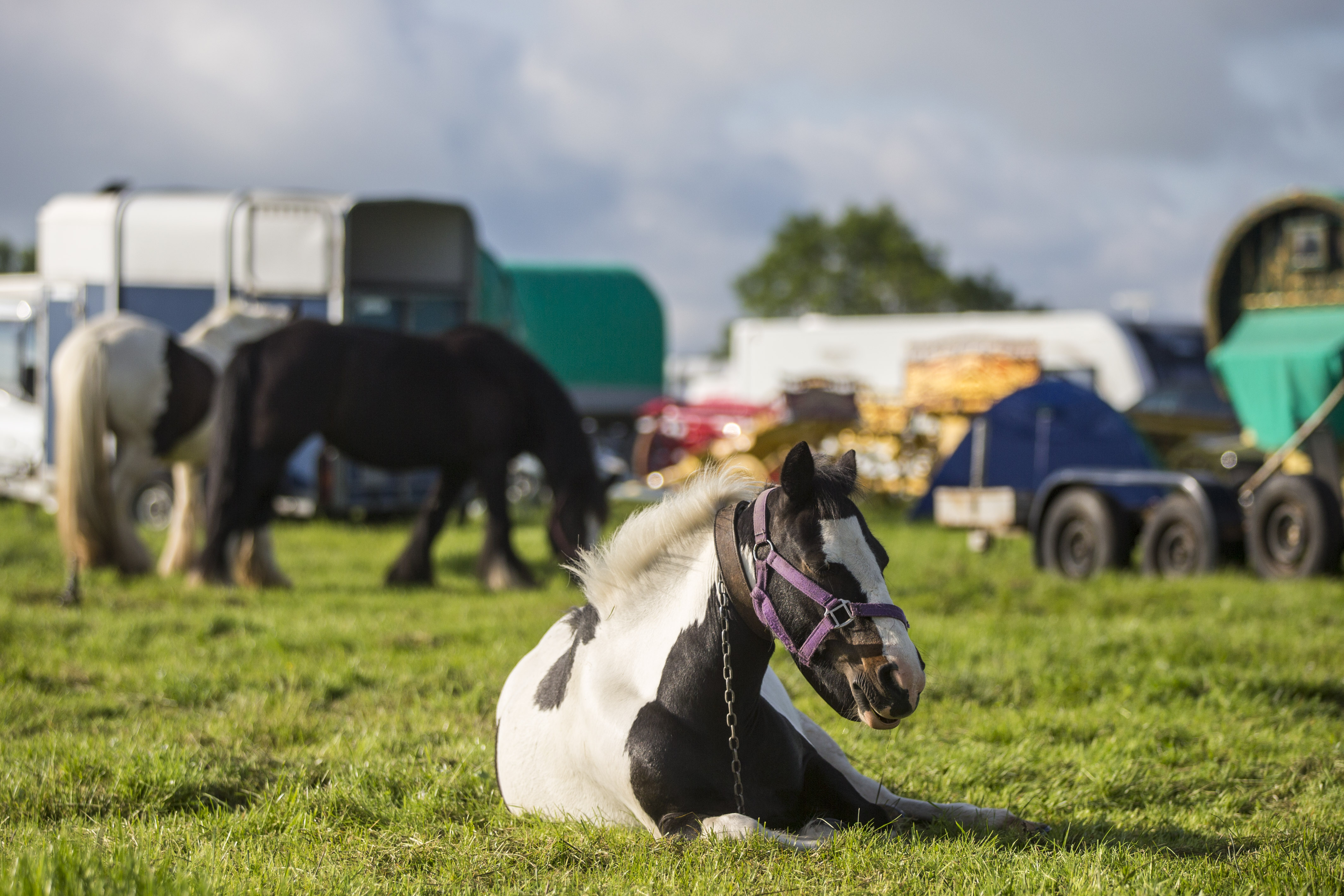 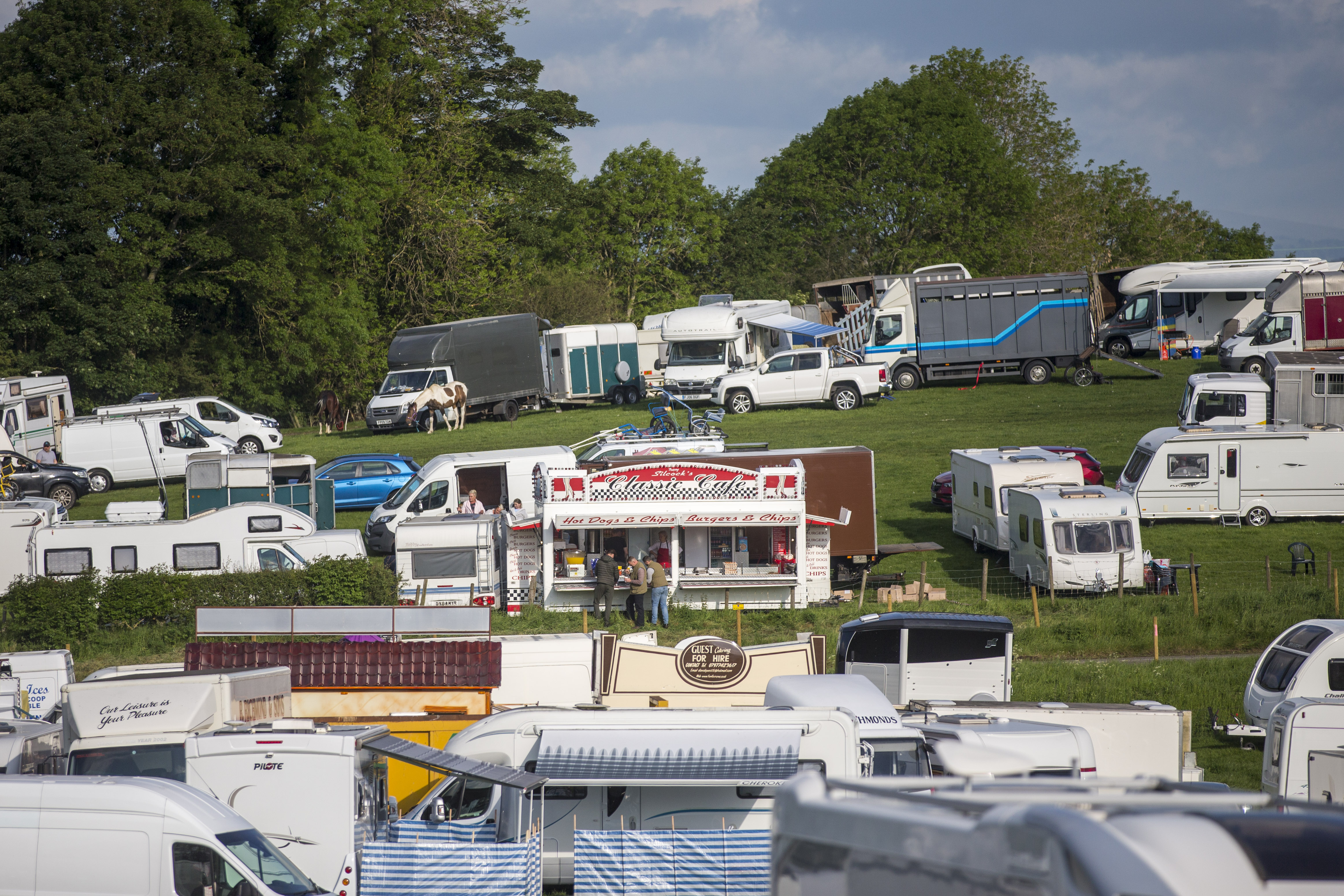 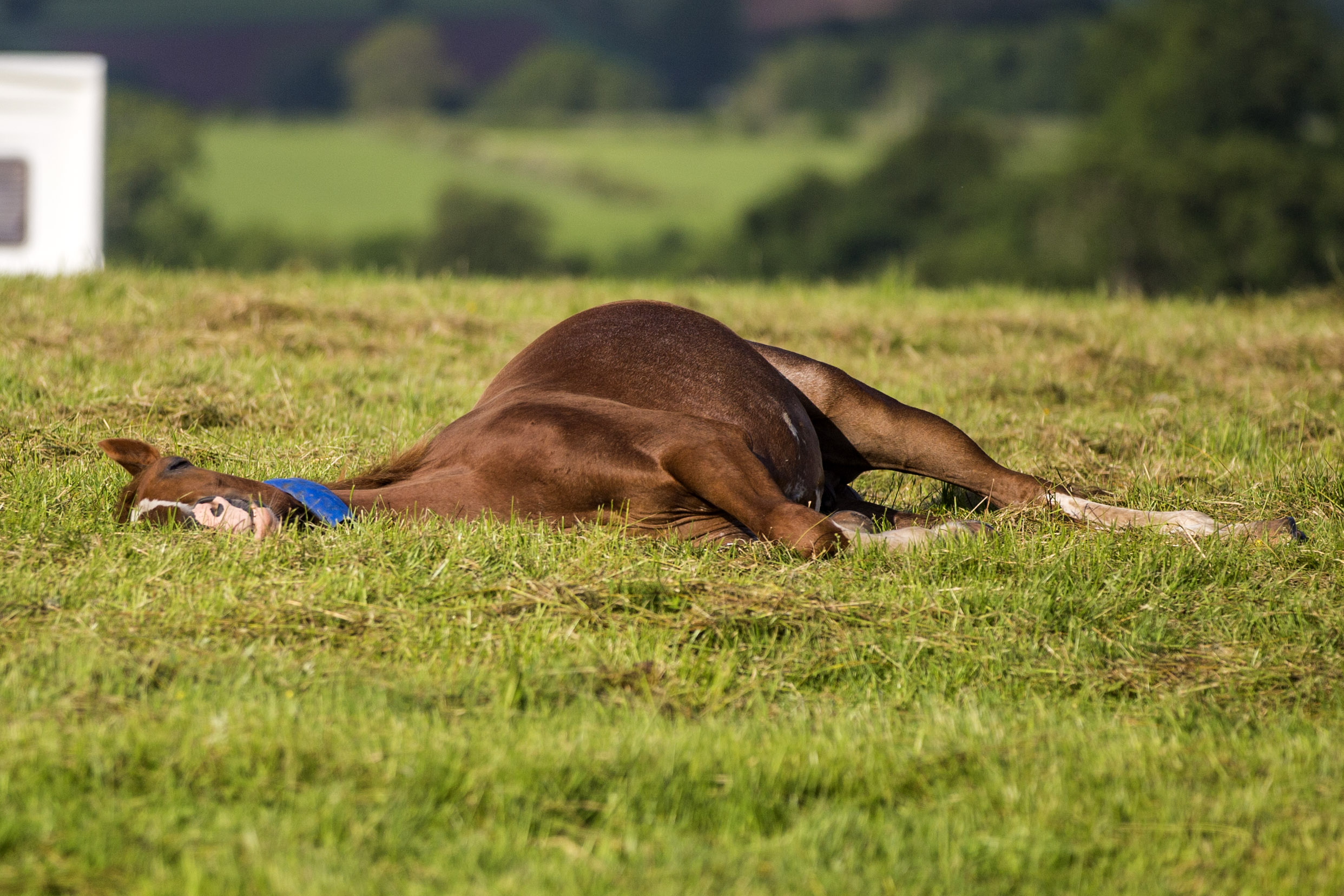 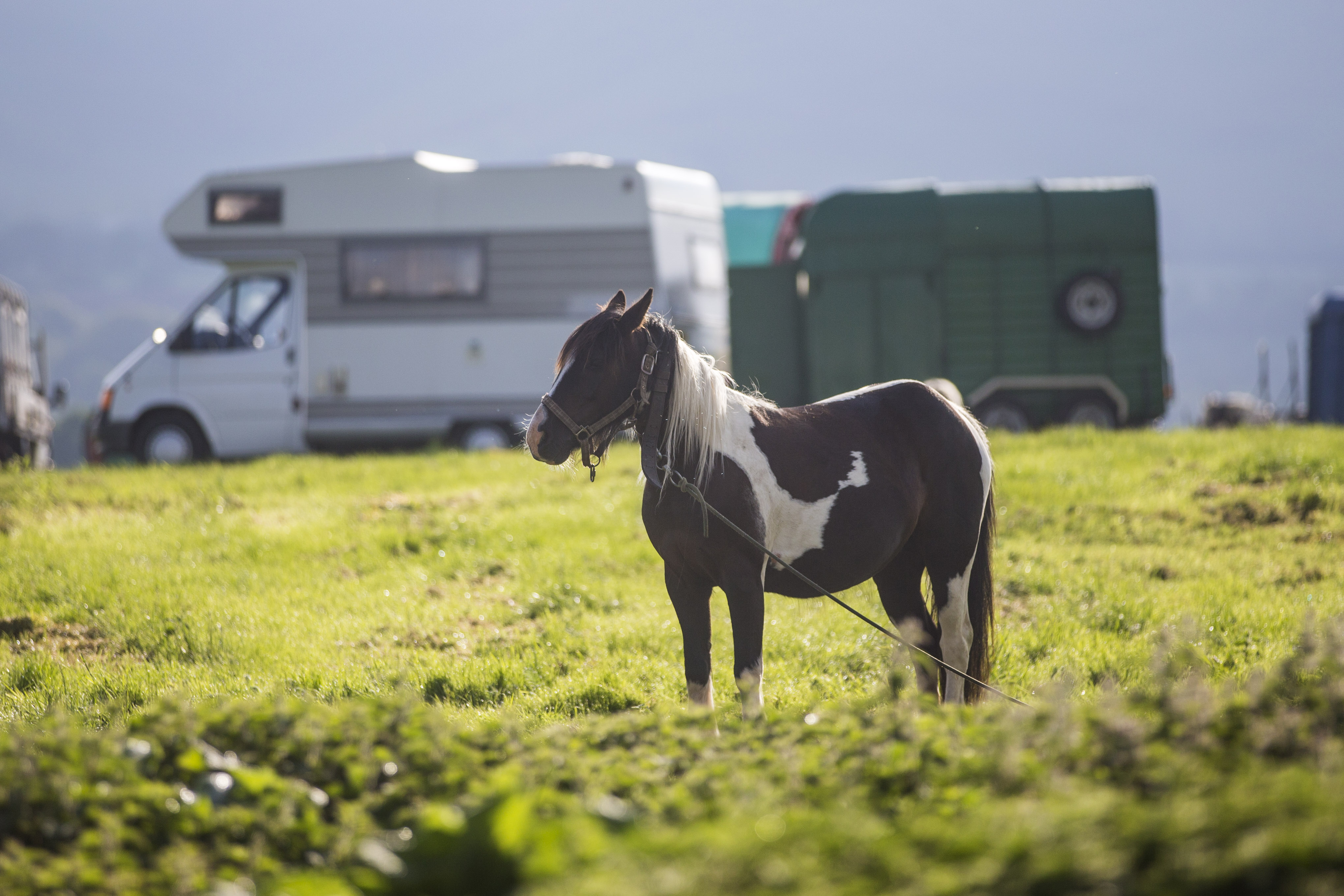 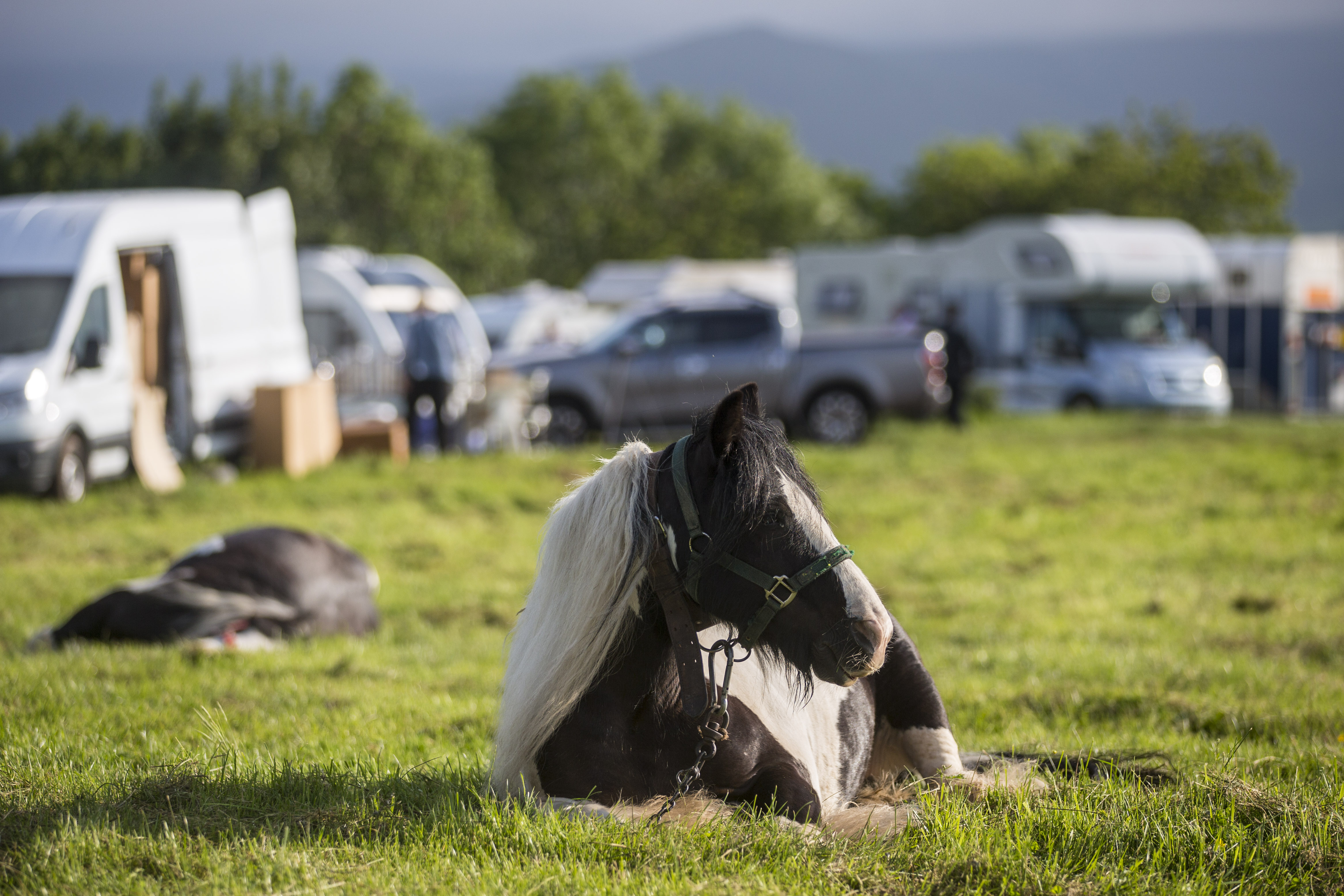 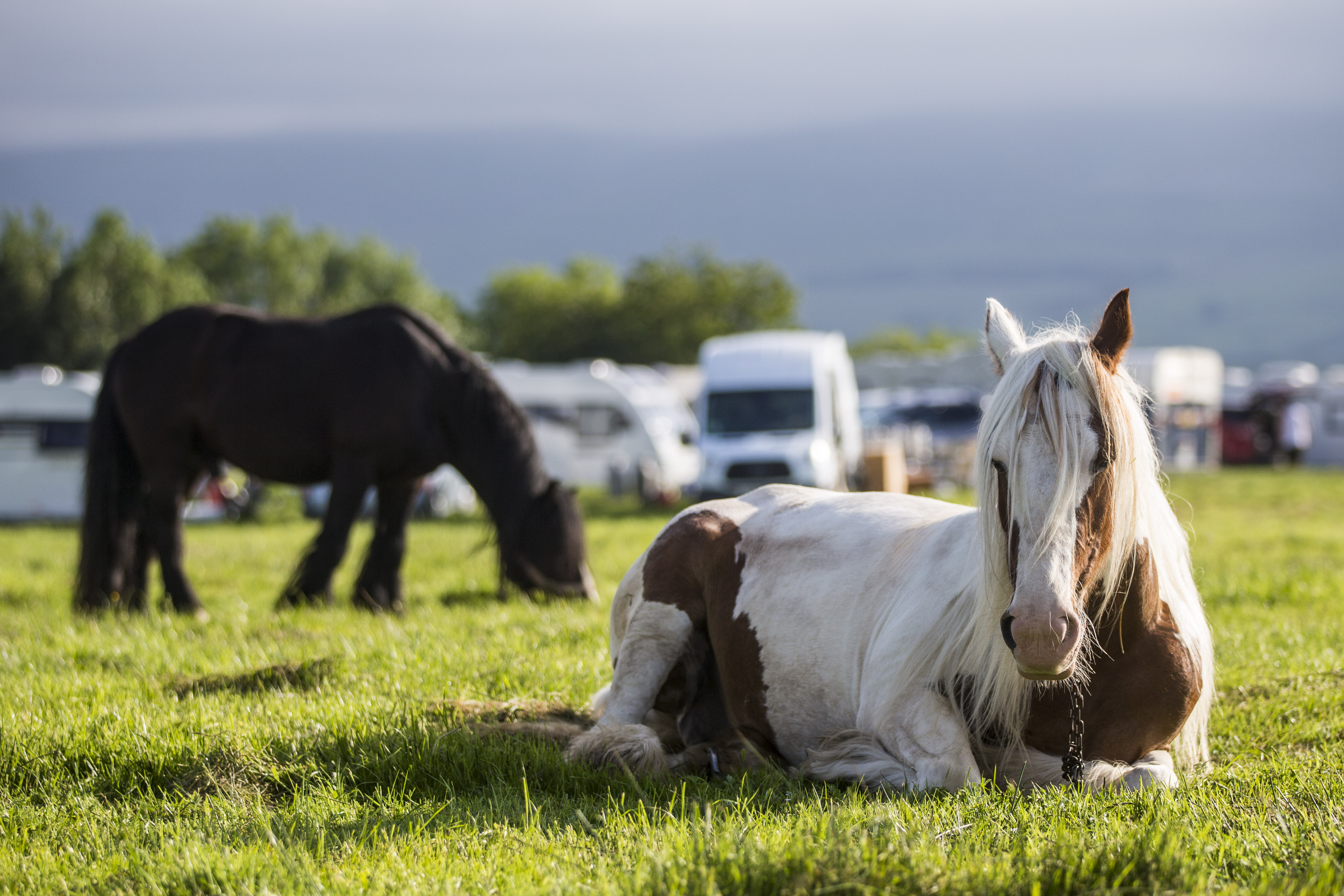 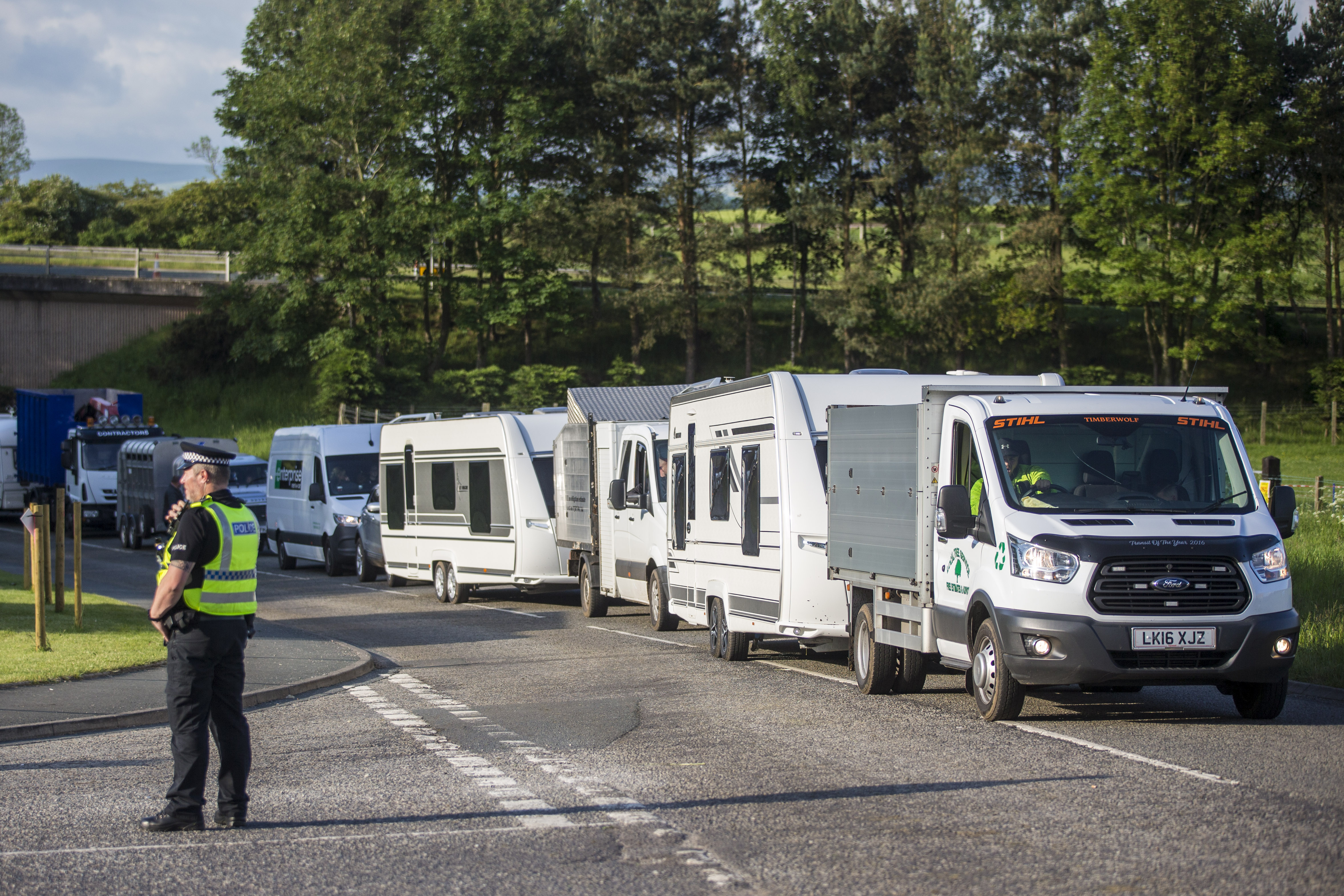