The ship was found off the coast of Kefalonia – one of the Ionian islands near the west coast of Greece. The wreck of the 35 metres (110ft) ship, along with its cargo of 6,000 amphorae, was discovered at a depth of around 60 metres (197ft) during a survey of the area. The Oceanus network of the University of Patras discovered the vessel, which was classified as the largest classical shipwreck found in the eastern Mediterranean. George Ferentinos from the university noted the find was of “significant archaeological importance”.

After unveiling the discovery in 2019, he said: “The amphorae cargo, visible on the seafloor, is in very good state of preservation and the shipwreck has the potential to yield a wealth of information about the shipping routes, trading, amphorae hull stowage and ship construction during the relevant period.”

The vessel was the fourth of its kind to be found in the area of the Greek island, and archaeologists suggested that the discovery indicates that the nearby fishing village – Fiskardo – was an important stop on Roman trading routes. 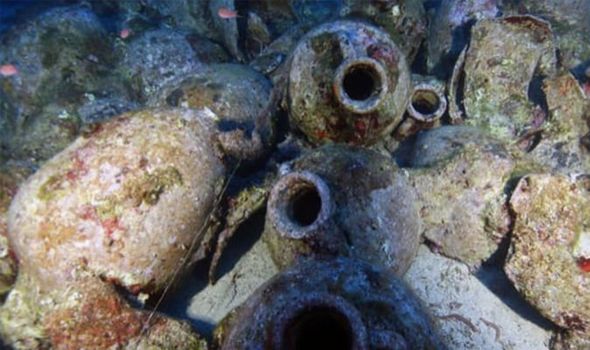 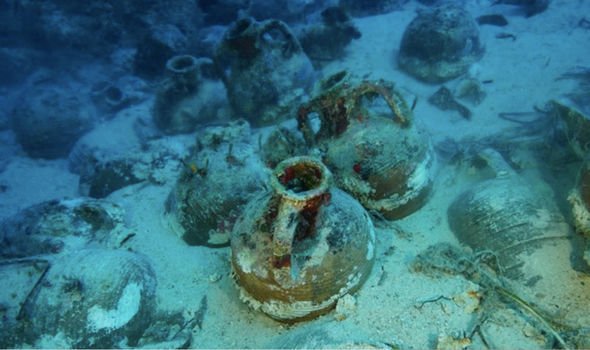 The survey, carried out in 2013 and 2014, also picked up three “almost intact” wrecks from World War II in the area.

What excited the archaeologists was not just the ship, but also the 30 metre (98ft) by 12 metre (39ft) cargo on board.

The high resolution sonar images picked up the mass of jugs on the sea floor, filling out the shape of the wooden ship frame.

Goods such as cereal, wine, oil and olives were transported throughout all the Mediterranean harbours, with Rome as their final destination. 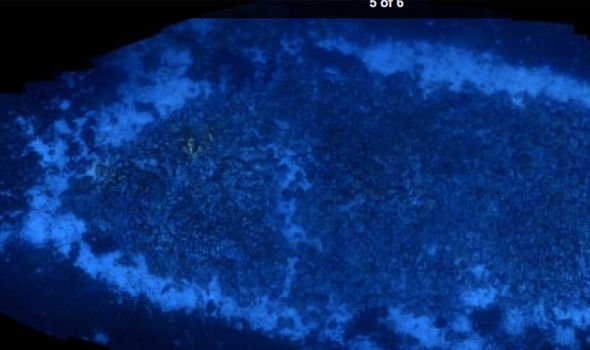 The researchers added: “The elongated oval shaped mound of amphorae on the seafloor displayed on the side scan sonar record and the photomosaic resembles the outline of ships of that period, as defined by the ship’s side rail.

“This indicates that the cargo has kept the outline of the ship and along with the almost flat and gently sloping seafloor that prevails around the shipwreck suggest that the ship sank very slowly in an up-right position and came to rest on its keel and then gradually tipped to one side with the hull keeping its overall structure, intact.

“The above allow us to speculate that the ship sank in good weather conditions rather than in stormy weather.” 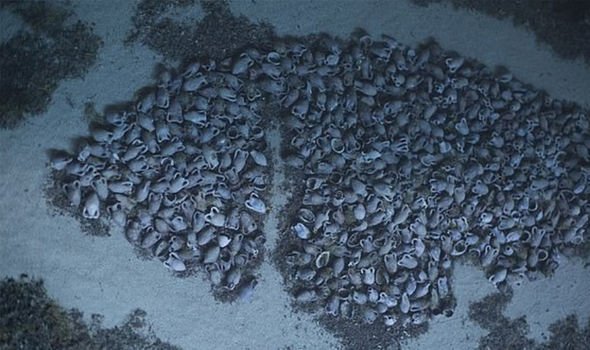 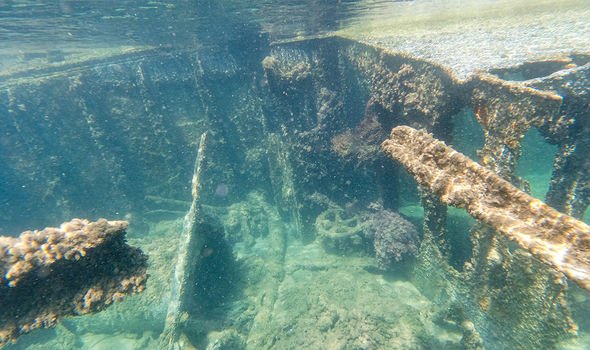 The researchers concluded: “Further study of the wreck would shed light on sea-routes, trading, amphorae hull stowage and shipbuilding in the period between first century BC and first century AD.”

Mr Ferentinos told CNN that retrieving the ship would be a “very difficult and costly job”, instead saying his team would look “to recover an amphora and using DNA techniques to find whether it was filled with wine, olive oil, nuts, wheat or barley”.

He added: “It’s half-buried in the sediment, so we have high expectations that if we go to an excavation in the future, we will find part or the whole wooden hull.”