A MAJOR in the British Army allegedly raped a drunk female Captain after she was put to bed early during a Burns night supper.

The woman was allegedly horrified when she woke up naked next to Major Gregor Beaton with "absolutely no memory" of what had happened, a court heard today. 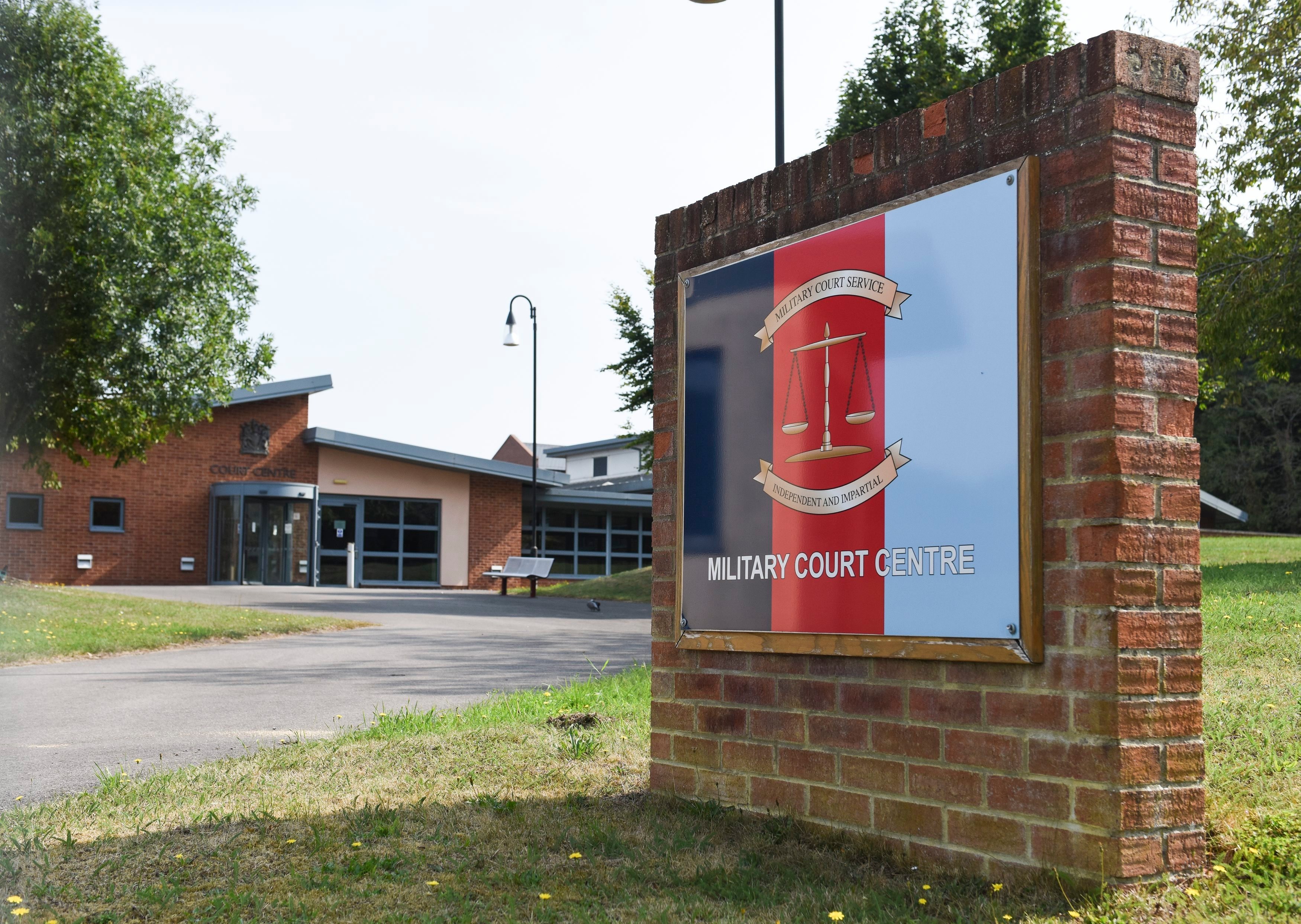 She had been "flirting" with another soldier throughout the evening and at first thought it was him – but when she saw it was Beaton, who she barely knew, she panicked.

The court heard the female Captain, who cannot be named for legal reasons, then suddenly had a "flashback" of someone "dragging her hips from behind".

She woke Beaton, of the 14th Regiment, Royal Artillery, but he denied anything sexual had taken place.

The court heard he said the woman had wandered drunkenly into his dorm and he had simply taken her back to her room where they chatted before he fell asleep in her bed.

Although he said he was "99 per cent sure" nothing had happened, the woman requested a medical examination later that day.

Beaton’s DNA was found inside her and an investigation was launched.

In an interview given five days after the alleged assault, the woman said: “I had a weird flashback in my mind of somebody.

“[They were] dragging my hips from behind. Dragging me up the bed by my hips…”

After getting dressed she went to see the male colleague she had been flirting with while she was drunk and he told her to go and ask Beaton what had actually happened.

She said: “I went back into my room and I woke Greg up and said 'what on earth are you doing in my room? Why are you in my bed?'

“I described the flashback to him and said did anything happen? He said ‘no, no nothing happened.”

Bulford Military Court, Wilts, heard that earlier on, during the ‘lively’ evening, a female Major had put the alleged victim to bed, dressing her in a pair of tartan pyjamas and a pale t-shirt.

But when she woke, the Captain, who had been drinking red wine, Jäger, Prosecco and whiskey throughout the evening, was naked.

“He said we were just chatting and that’s all, nothing happened. I was really panicked and upset and said ‘listen if we slept together just tell me I can handle it'.

"I’m not on any form of contraception, just tell me.’”

She told the court that later that day Beaton came into her room and asked her if she wanted him to take her into town to get the morning after pill.

She added: “He said he was 99 per cent sure and said ‘are you sure you don’t want me to take you to get the morning after pill?”

It was then she decided to have the examination.

Prosecuting, William Peters told the hearing: “At the Burns night dinner she got very drunk and had to be put to bed.

“She had no sexual interest in the defendant whatsoever… She was falling down drunk.”

Mr Peters told the court that the doctor who had carried out the examination of the woman said the DNA found indicated sexual intercourse was 'extremely' likely to have taken place.

08/10/2020 World News Comments Off on Army Major 'raped' drunk female Captain after colleague put her to bed early
Recent Posts
We and our partners use cookies on this site to improve our service, perform analytics, personalize advertising, measure advertising performance, and remember website preferences.Ok