The luxury carmaker has suffered since its flotation last October. 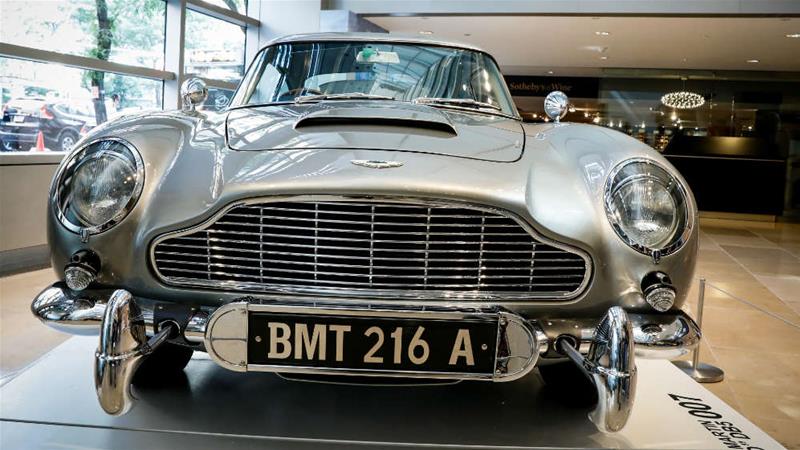 Luxury British carmaker Aston Martin swung to a third-quarter loss on Thursday, saying its full-year wholesale volumes would be lower than previously guided after slumping demand in Europe and Asia.

Volumes to dealers dropped 16 percent to 1,497 cars in the three months to the end of September as demand in the United Kingdom fell 22 percent. The wider Europe, Middle East and Africa area dropped 17 percent and in Asia volumes fell by a third.

The 106-year-old firm, famed for being fictional agent James Bond’s brand of choice, is taking action to cut costs and hopes the launch of its first sport-utility vehicle, the DBX, at a new factory in Wales, will boost performance next year.

“We’re essentially holding the cost of a complete factory right now without the benefit of the revenues coming in … so from that point of view, of course, it’s a really important model,” Chief Executive Officer Andy Palmer told Reuters.

Aston, based in Gaydon near Birmingham, posted a 13.5 million-pound ($17.3m) loss in the three months to the end of September but said it still expects to meet market expectations of core earnings at approximately 203 million pounds ($261m).

But Aston has suffered since its flotation last October where shares launched at 19 pounds ($24.50) before dropping for months and languishing at between four and five pounds ($5.13 – $6.41) for the last few weeks.

Earlier this year, the company announced it was raising $150m in debt at a 12 percent interest rate to bolster its balance sheet ahead of the launch of the DBX.

On Thursday, Aston said its net interest expense guidance for 2019 now stood at about 83 million pounds ($106.4m), also affected by the effect of unhedged expenses in US dollars, with prior guidance at roughly 70 million pounds ($90m).

Aston, which is primarily owned by Italian and Kuwaiti private equity groups, and not part of a wider automotive group, said it could thrive on its own alongside its work with German carmaker Daimler, which has a small stake in the firm.

“Our relationship with Daimler is also important so we’re not completely alone. We obviously have their technology to fall back on,” said CEO Palmer.

Related posts:
11/27/2019 World News Comments Off on Aston Martin swings to third-quarter loss as volumes drop
Recent Posts
We and our partners use cookies on this site to improve our service, perform analytics, personalize advertising, measure advertising performance, and remember website preferences.Ok