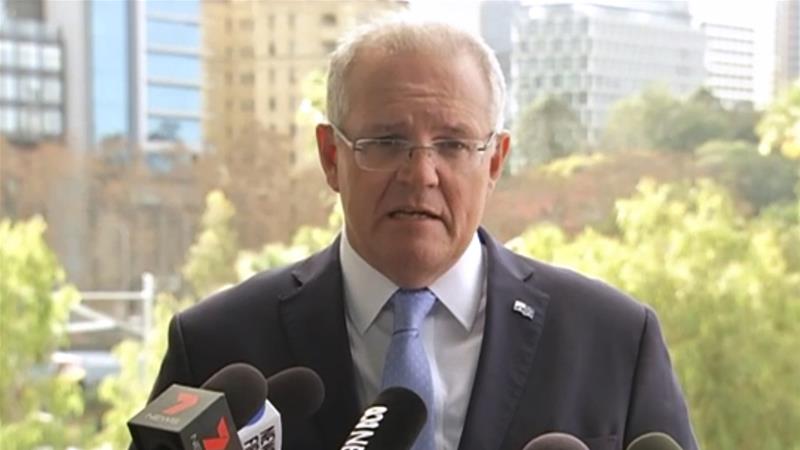 Eight children of two Australian nationals who joined the Islamic State of Iraq and the Levant (ISIL or ISIS) group are being repatriated from Syria, Australian Prime Minister Scott Morrison has said.

The move, announced by Morrison on Monday, marks Australia’s first organised repatriation from the conflict zone. He said the eight children were in the care of Australian government officials, but would not identify them or say when they would reach the country.

Local media reported that the group included five children and grandchildren of Sydney-born convicted ISIL member Khaled Sharrouf and three children of fellow fighter Yasin Rizvic, from Melbourne. Both men and their wives are presumed dead.

“The opportunity now is for these young children who are coming back to Australia, they can’t be held responsible for the crimes of their parents,” Morrison told reporters.

Morrison had previously indicated his government would only help Australian citizens in ISIL-held territory if they approached an embassy or consulate, saying he would not put any national official at risk to rescue them.

The apparent U-turn came amid widespread attention over the fate of the eight children, with Sharrouf’s Sydney-based mother-in-law Karen Nettleton launching several attempts to rescue the youngsters from Syria and leading a campaign calling for an intervention by the Australian government.

The prime minister on Monday repeated his concerns over bringing back nationals from territory previously controlled by ISIL, adding that “repatriating these children was not a decision the Australian government made lightly”.

“Australia’s national security and the safety of our people and personnel have always been our most important considerations in this matter,” Morrison said.

“Australian authorities will consider the welfare and support needs of each child before returning to Australia,” he added.

The fate of foreign fighters and their families has become a significant problem for governments across the world following the collapse of ISIL’s so-called caliphate, the last remnants of which crumbled earlier this year under pressure from US-backed fighters in eastern Syria.

At its peak in January 2015, the group controlled an area across Syria and Iraq roughly equivalent to the size of the United Kingdom and had attracted tens of thousands of foreign fighters to its cause.

Iraq is conducting trials of thousands of suspected ISIL fighters, many of whom were arrested as the group’s strongholds fell, and has pledged to take a hard line against anyone convicted of involvement with the group.

Human rights groups have accused Iraqi authorities of inconsistencies in the judicial process and flawed trials, leading to unfair convictions – concerns that have been heightened by the application of the death penalty.

But European powers, including France and Britain, have repeatedly ruled out repatriating such individuals, maintaining they should face trial for any alleged crimes before local courts.

In April Panos Moumtzis, UN humanitarian coordinator for the Syria crisis, urged governments not to abandon 2,500 children held in a “restricted” section of the sprawling al-Hol camp in northeastern Syria.

France has repatriated children from Syria in recent months, as has Belgium, the Netherlands and the United States.

Britain, meanwhile, said in April that a “small number” of British children had left Syria and returned to the UK via other countries in the past year, but British officials were not involved in helping them leave ISIL-held territory.

Separately on Monday, Michelle Bachelet, the UN’s high commissioner for human rights, called for some 55,000 former ISIL fighters being detained in Syria and Iraq to face fair prosecution or be freed.

States “must assume responsibility for their nationals” and should not inflict statelessness on fighters’ children who have already suffered so much, Bachelet said at the opening of a UN Human Rights Council in the Swiss city of Geneva. 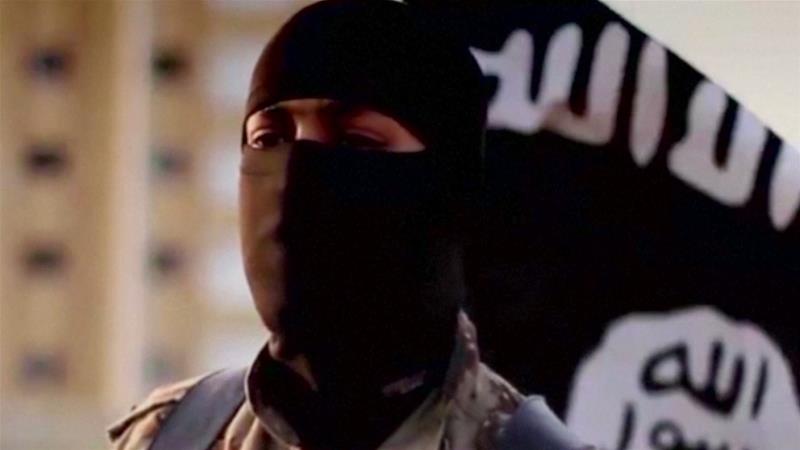 Should former ISIL fighters have the right to return home?