BBC Weather forecaster Nick Miller warned of wet weather moving into Europe from the east over the next couple of days. This wet weather will increase the chance of flooding for some areas, most notably parts of France that have already experienced floods. Then, over the weekend, parts of north and northwest Europe will see temperatures tumble.

This risks triggering snowfall across Europe and could cause disruption.

Meanwhile, the southeast of Europe will see above-average temperatures for the time of year.

Mr Miller said: “It is already quite cold across northern parts of Europe but temperatures will be above average for many across the south.

“That is away from these areas of low pressure in the east. 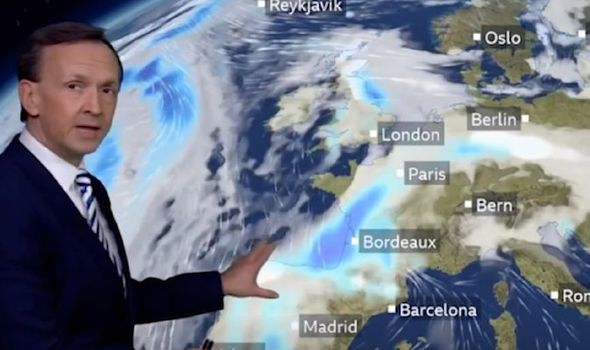 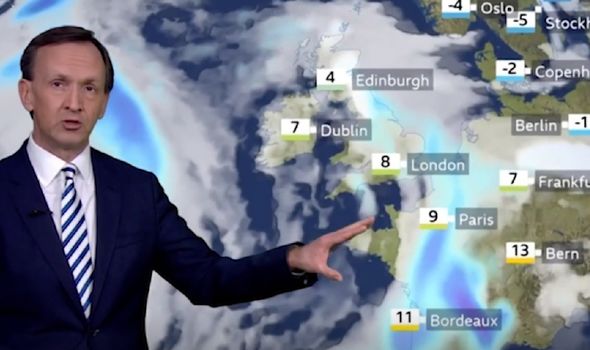 “They will have some more wet weather brought in on Friday into parts of Iberia, Portugal and the western side of Spain.

“We have got some flooding in France but not a huge amount of wet weather during Friday but it will turn wetter during Saturday.”

The BBC Weather forecaster added: “There will be a lot of fine weather elsewhere across the south and southeast of Europe. 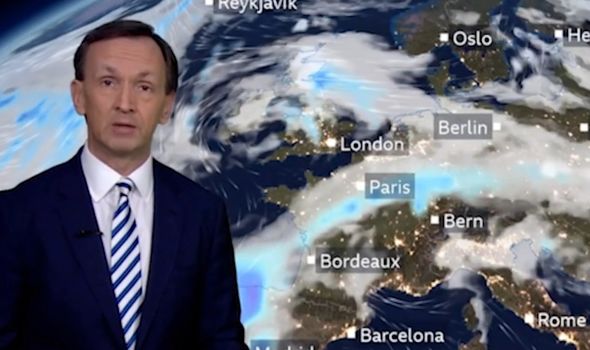 “This is where we are getting above-average temperatures making things feel a bit spring-like.”

Mr Miller noted that over the weekend, the wet weather will continue to get worse for parts of eastern Europe.

He said: “On Saturday there will be more wet weather brought in to France which will mean more rain for flood-affected areas. 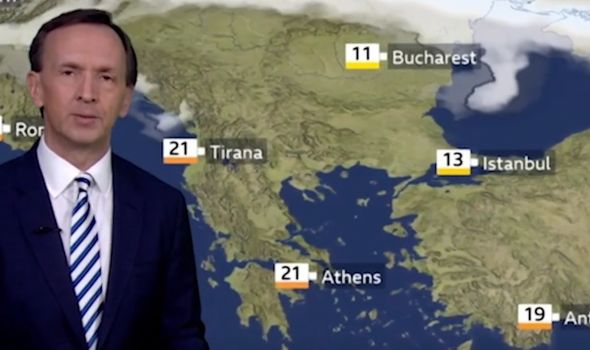 “As these systems push further north into colder air that is where some of us are going to see some snow.

“Obviously, not in the areas down to the southeast with those above-average temperatures.

“It will be wetter for many in France, particularly to the west.

“We will have some rain and some snow for the UK and as it turns colder here over the weekend for many of us it will just be snow.”

The Met Office has also issued a rain and snow weather warning for the UK over the next few days.