BBC Weather forecaster Matt Taylor highlighted the extensive wet and stormy weather across Europe. Despite this, there will still be areas that hold on to high temperatures like the southeast of Europe. Following this wet weather to close out the week, temperatures are expected to rise as well.

Mr Taylor said: “It has been a taste of early summer for parts of central and eastern Europe this week.

“That is starting to change, the orange colour is where the warmest of the air is.

“This is Scandinavia, through Poland towards Romania and the Balkans.”

The BBC Weather forecaster noted that this warm weather would subside as wet weather moved in. 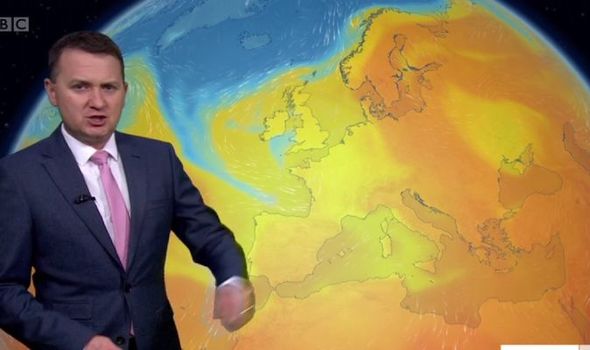 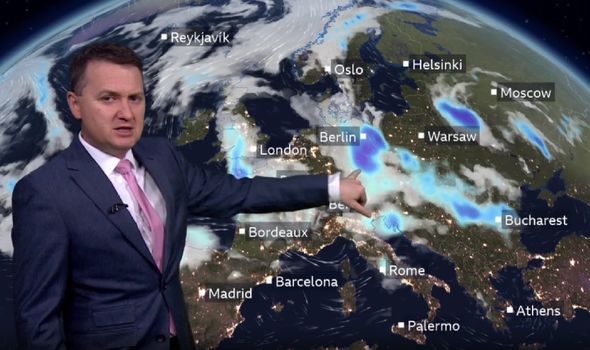 A wall of rain and stormy weather is expected to move through all of Europe to the east as the week goes on.

Mr Taylor continued: “On the western flank of that this is where we will see the severe stormy conditions.

“They are marching their way eastwards so severe storms expected through Thursday afternoon.

“They will be breaking out just about anywhere in the east. 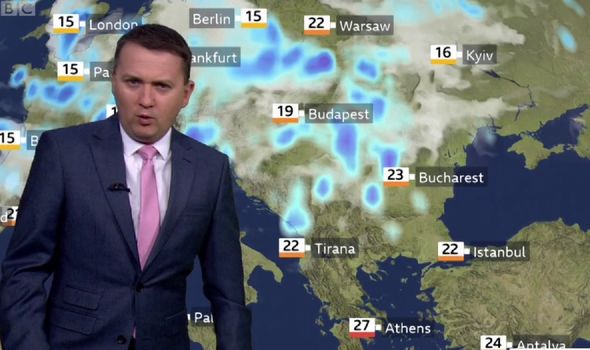 “Notice though that in the eastern Mediterranean it stays warm and sunny and is pretty warm for the time of year.

“Temperatures will still be in the 20s in parts of Romania and we will see temperatures in Russia and Sweden above where they should be for the time of year.”

Mr Taylor added that throughout central and western Europe showers will be continuous and heavy.

On Friday storms are still expected to break out in Italy and parts of north east Europe. 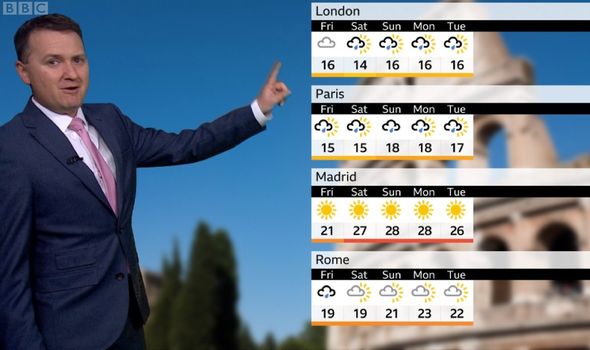 However, this is set to change and temperatures begin to rise across Europe.

Mr Taylor said: “Things do get warmer in Madrid over the next few days as well as Spain and Portugal.

“Paris and London will see sunshine and showers, a rather cool outlook.

“Moscow is also expected to get much hotter into next week.”

Athens and Madrid are expected to have some of the hottest temperatures in the new week of 28C.

05/12/2021 World News Comments Off on BBC Weather: ‘Taste of early summer’ in Europe as temperatures spike after storms
Recent Posts