A GUN toting president of Belarus Alexander Lukashenko has given a defiant the thumbs up to security forces as protests continue.

Around 200,000 demonstrators took to the streets and surrounded his official residence to demand an end to the 65-year-old's authoritarian rule, 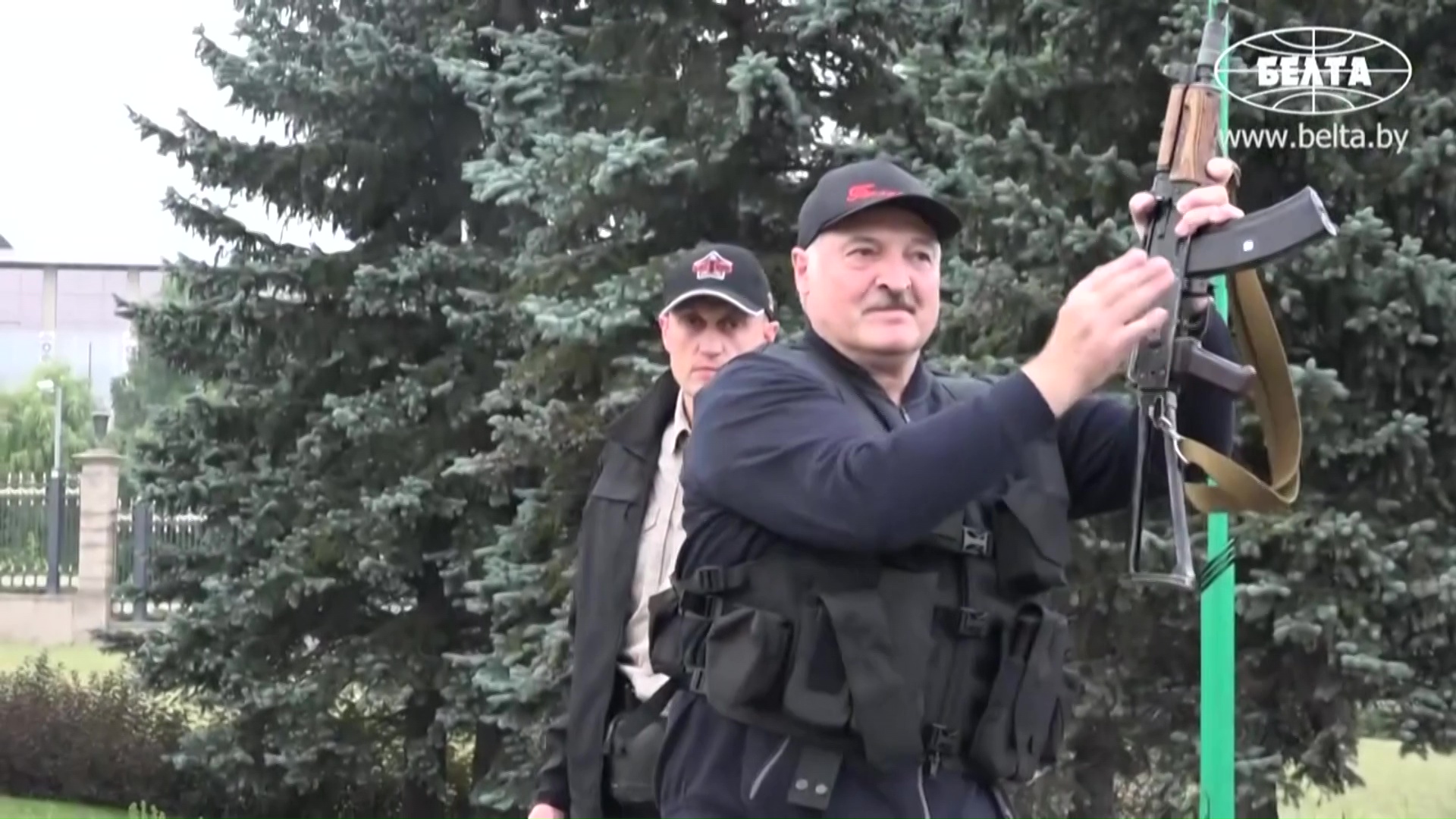 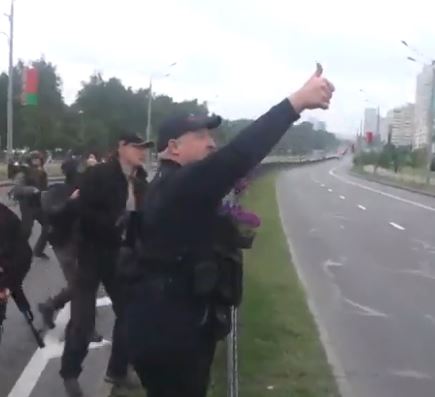 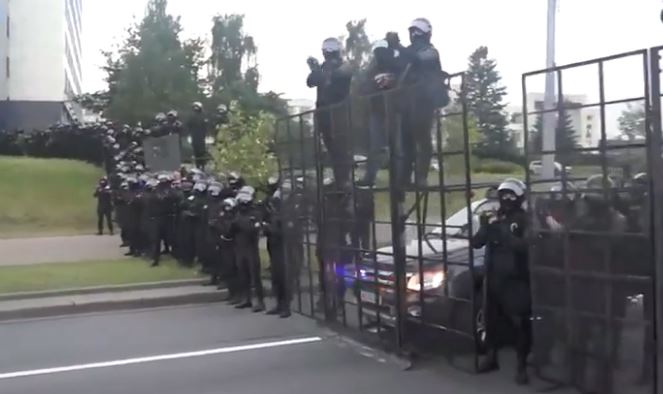 Protests started on August 9 after a presidential election that handed Lukashenko his sixth term in office with 80 per cent voter approval, a ballot opponents claim was rigged.

Brandishing a Kalashnikov rifle and wearing a flak jacket, he strode off a helicopter that landed at his residence while demonstrators massed nearby.

The man dubbed “Europe’s last dictator” then greeted security forces with a thumbs up and they responded by clapping.

The route his helicopter tool appeared to have been chosen to fly over empty streets, prompting Lukashenko to claim demonstrators had fled.

The demonstrators then marched to another square about a mile and a half away and approached the edges of the presidential residence grounds.

They were greeted by full riot gear stood shoulder-to-shoulder, holding large shields and there were no immediate reports of arrests.

“Belarus has changed. Lukashenko has been able to unify everybody, from workers to intelligentsia, in the demand for change,” said Slava Chirkov, a protester who attended the demonstration with his wife and son. 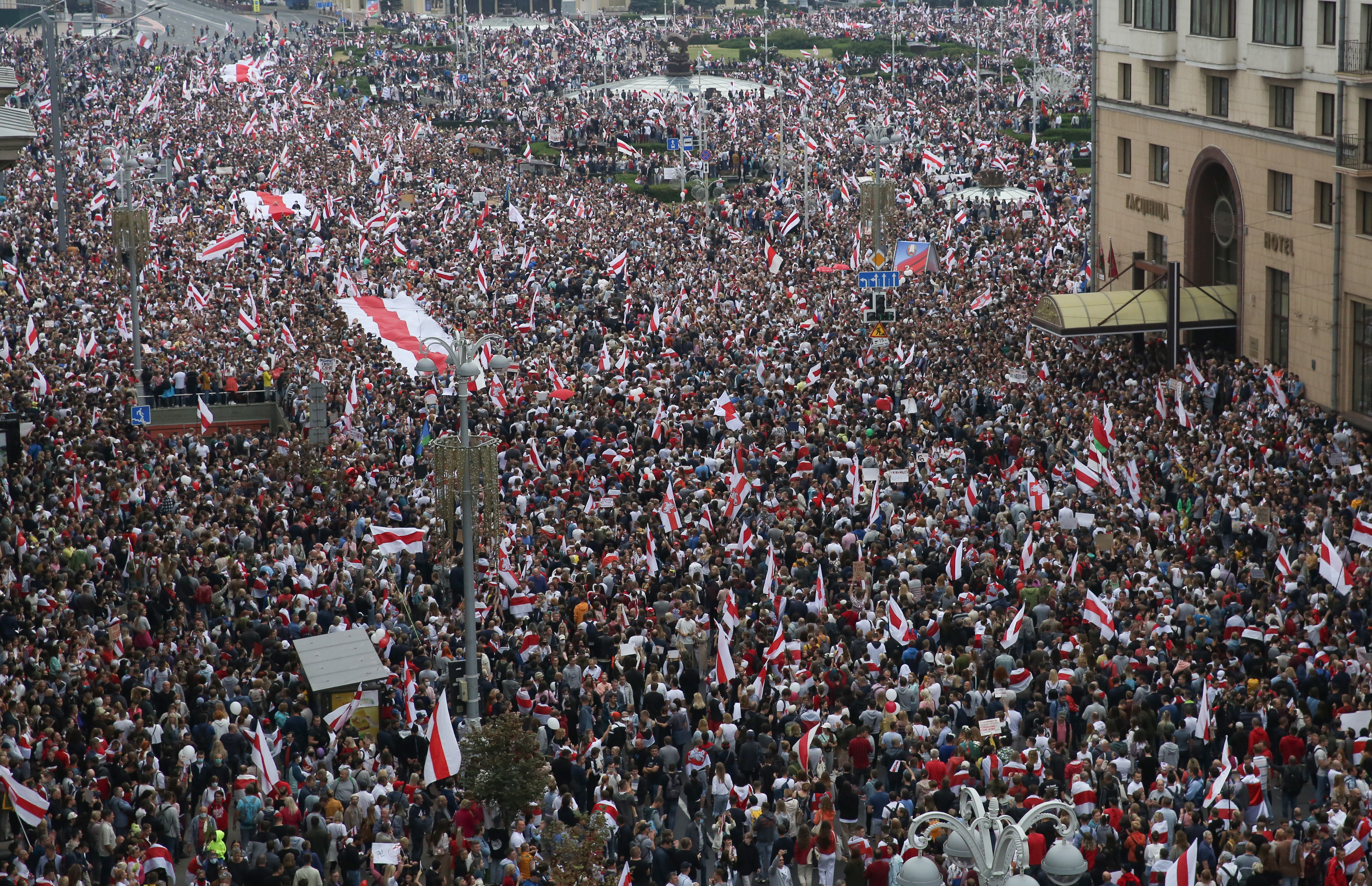 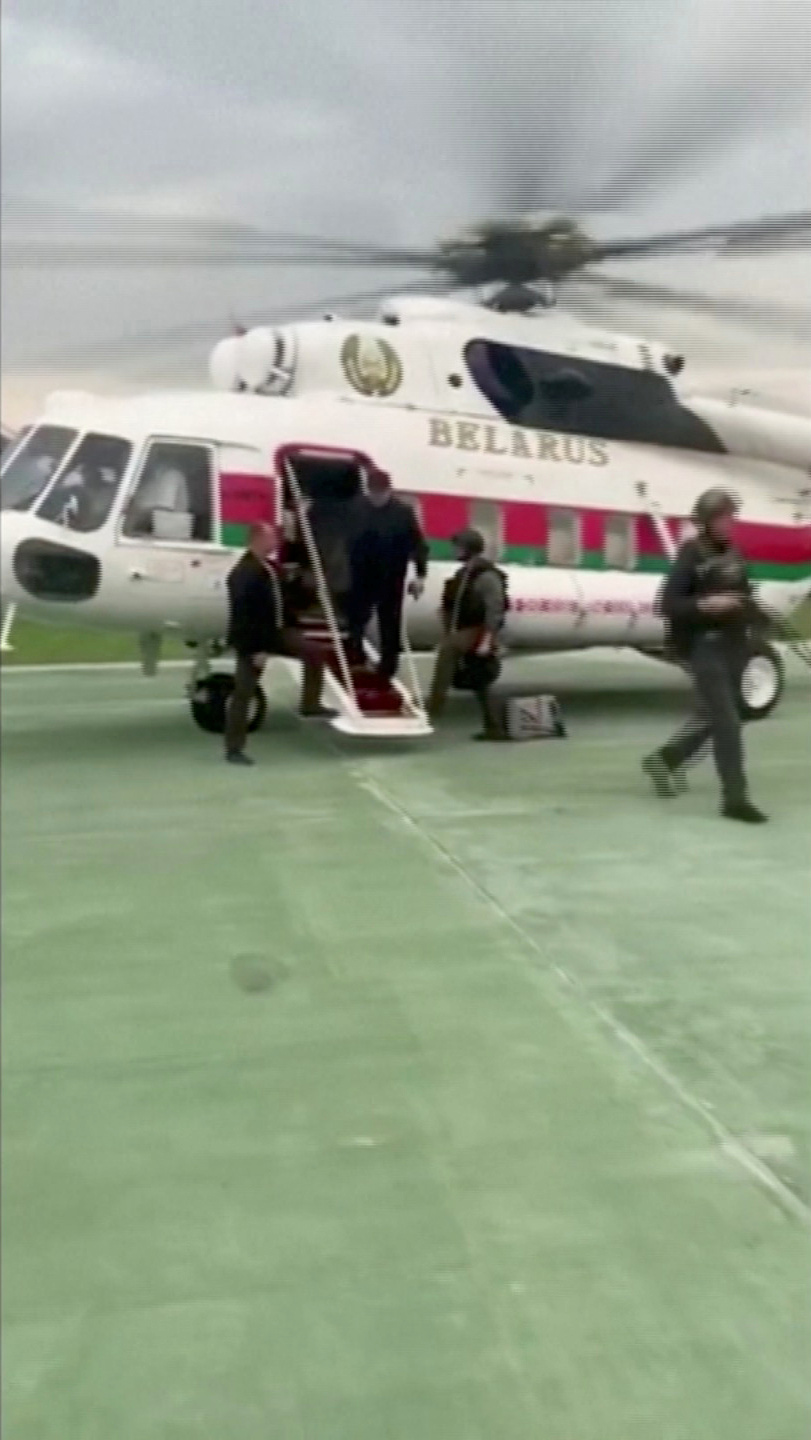 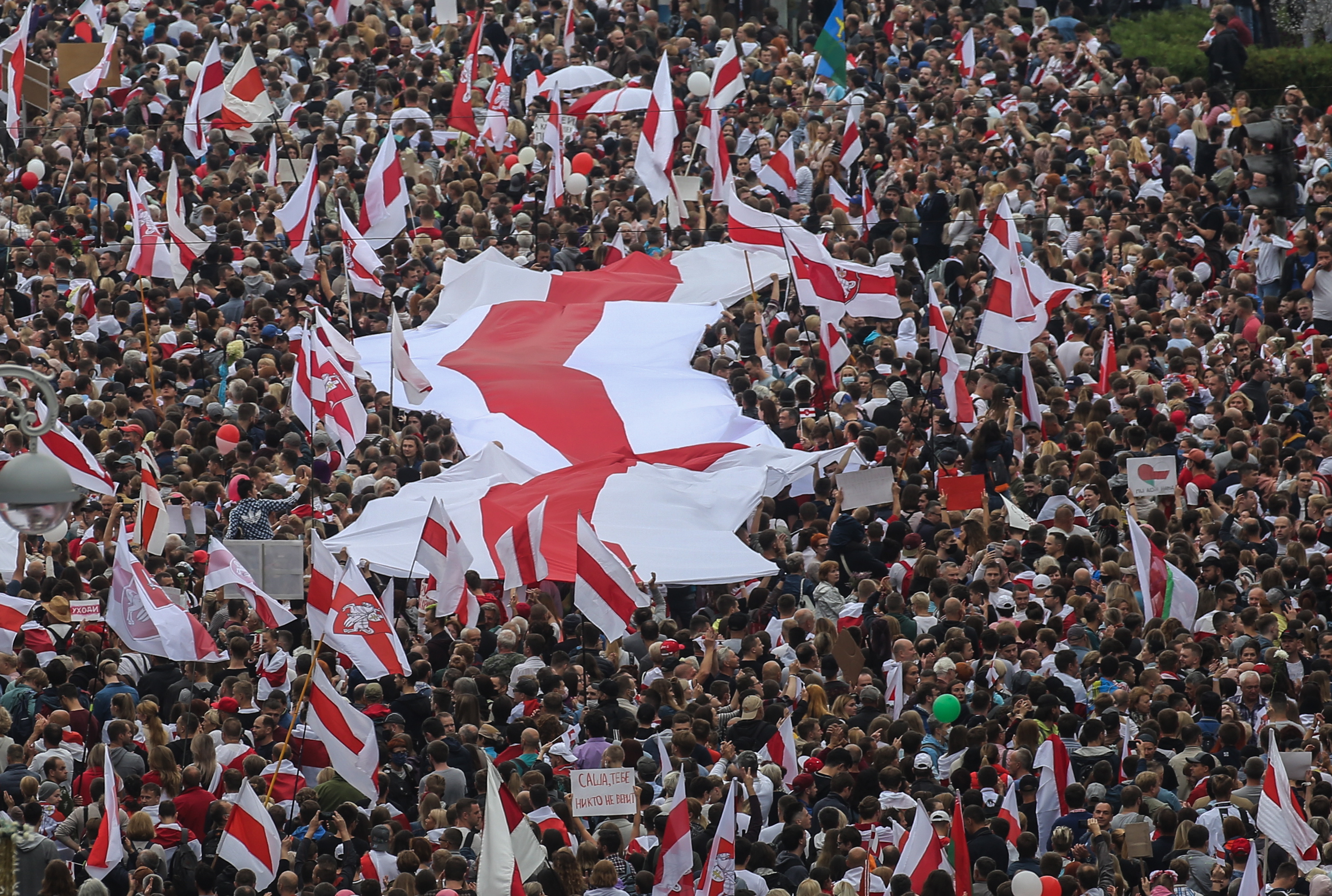 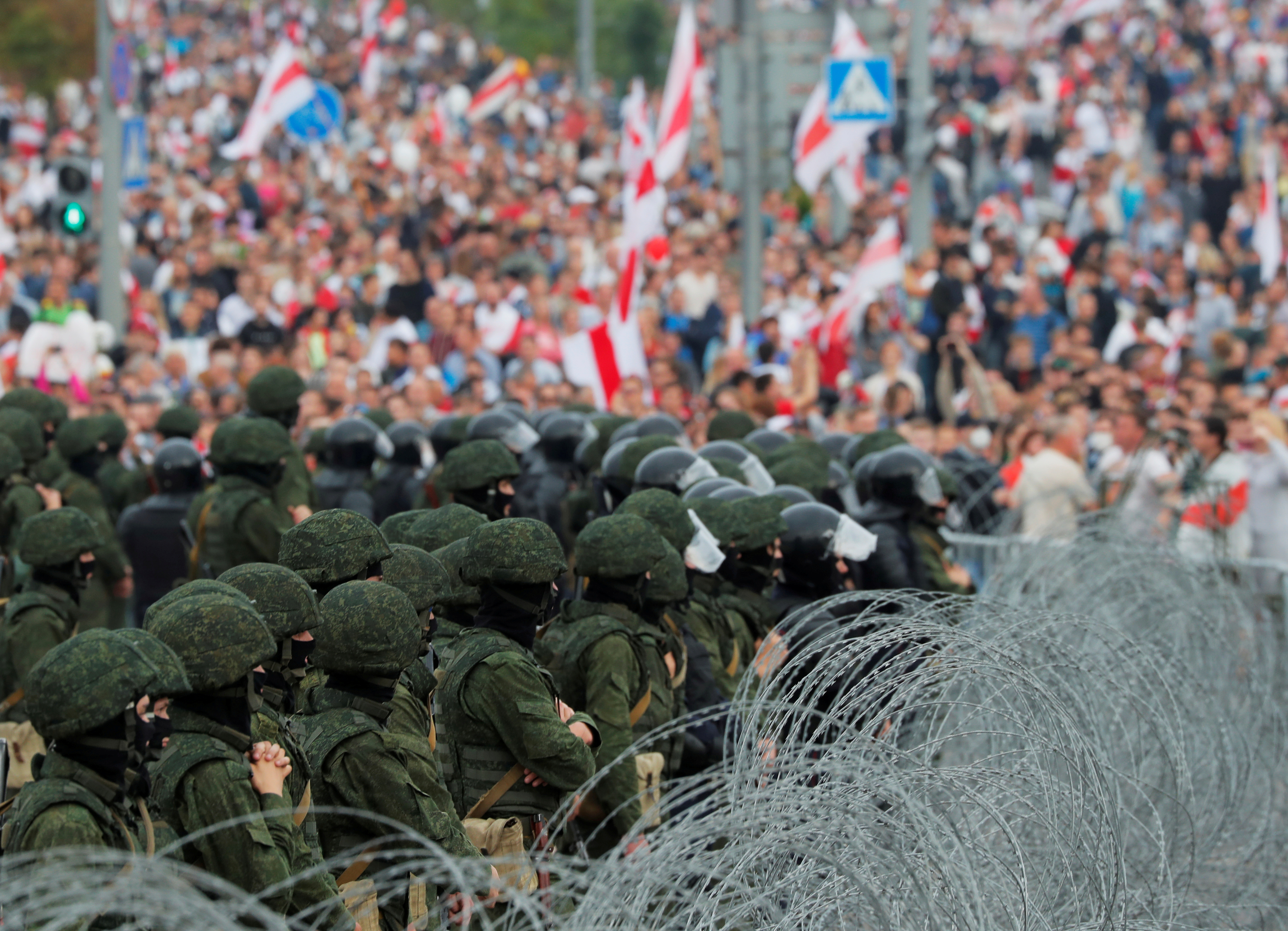 Earlier this month, some 7,000 people were arrested at protests, many of them badly beaten with clubs or wounded by rubber bullets, violence that only caused public outrage to swell.

Lukashenko has repeatedly blamed Western interference, claimed the protests were backed by the United States.

He has also accused NATO of building up troop concentrations in Poland and Lithuania on Belarus' western border, which the alliance denies.

Lukashenko also claimed that Russian President Vladimir Putin was willing to offer security assistance to his government to quell the protests if he asked for it.

Also Sunday, more than 50,000 Lithuanians joined hands in a human chain stretching 20 miles from the capital of Vilnius to the Belarus border to express solidarity with the protesters.

08/24/2020 World News Comments Off on Belarus's president brandishes rifle as he gives thumbs up to security forces as 200K protesters take to streets
Recent Posts
We and our partners use cookies on this site to improve our service, perform analytics, personalize advertising, measure advertising performance, and remember website preferences.Ok