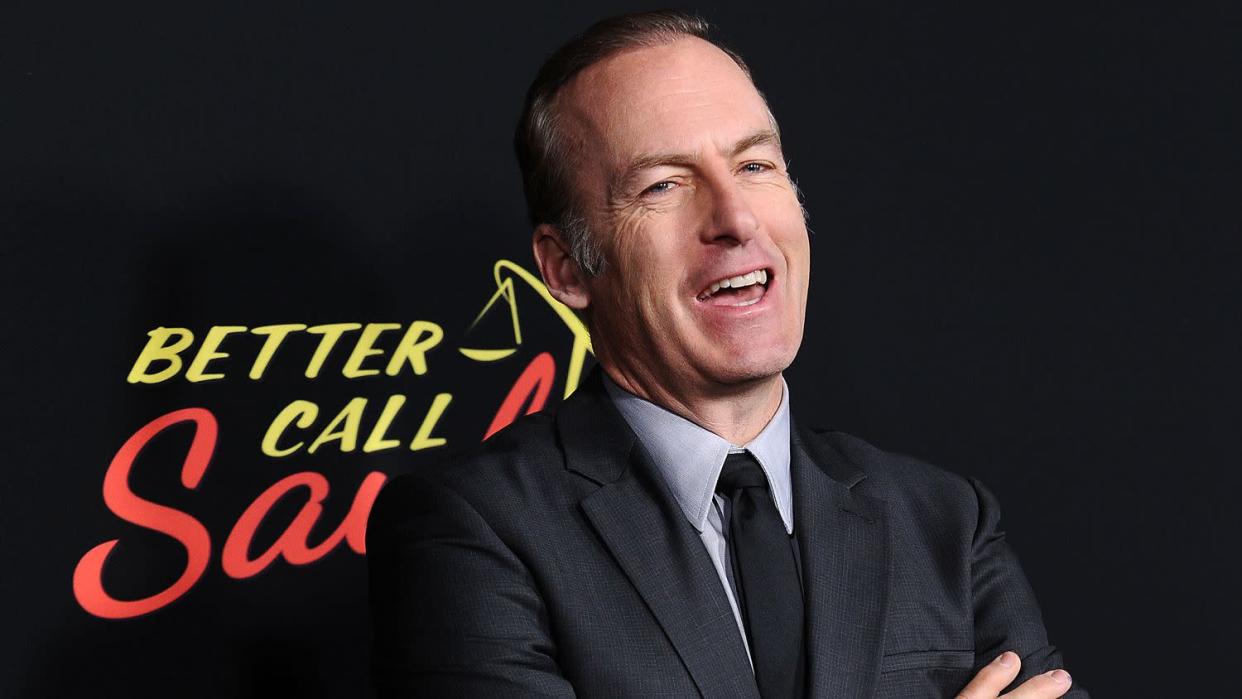 Bob Odenkirk’s hit AMC series Better Call Saul may had ended Monday night, but his gratitude for the show’s fans will live on.

“Everybody’s been asking me how I feel about saying goodbye to Saul Goodman and Better Call Saul, and I’m not good at answering the question,” the 59-year-old actor tweeted on Tuesday, “because it’s frankly hard for me to look at that experience, and even at that character, too closely. It’s too many moving parts, and they fit together too beautifully, and it’s a mystery to me how it even happened.”

In addition to praising Saul‘s co-creators Vince Gilligan and Peter Gould, Odenkirk shared his appreciation for fans’ support over the years.

“Thanks for giving us a chance. We came out of maybe a lot of people’s most favorite show ever [in Breaking Bad], and we could have been hated for simply trying to do a show,” he said. “But we weren’t. We were given a chance, and hopefully we made the most of it. Thank you for staying with us.”

As the Breaking Bad prequel aired its final episode ever, it wasn’t necessarily the plot that got fans talking on social media.

More than halfway through the finale, Twitter users began complaining of an outage on AMC+ that led to the app logging viewers out of the streaming platform.

“Kicked me out of the app while watching the series finale of Better Call Saul. Now the app won’t let me log back in,” wrote one user.

“AMC decided to crash in the middle of the Better Call Saul finale. Some heads are gonna roll,” added someone else.

AMC+ eventually addressed the mishap, writing on their official Twitter page, “Hello — we are aware of issues for some users streaming tonight’s #BetterCallSaul. We are working on a fix ASAP.” 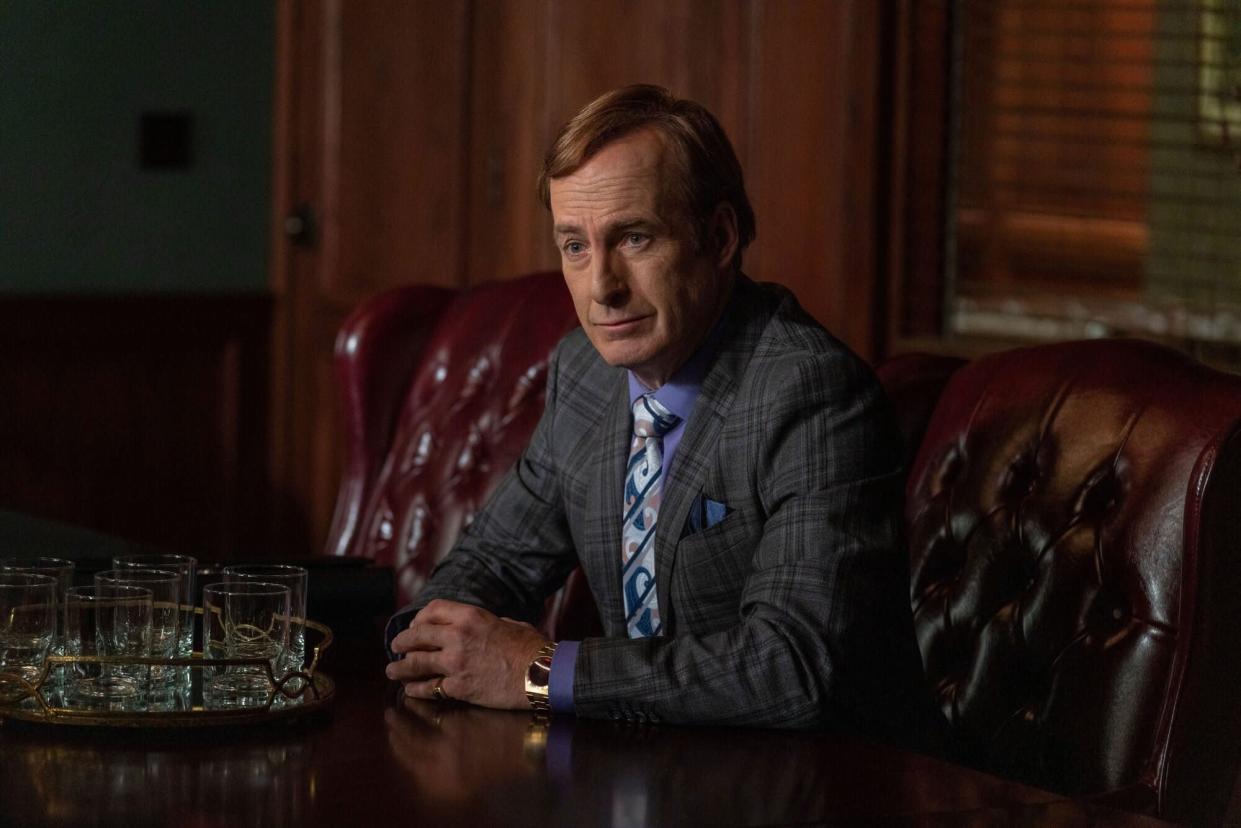 Despite the streaming mishap, fans appeared to be pleased with the outcome of the series’ six-season run.

According to one fan: “That was one of the best finales I’ve ever seen #BetterCallSaul.”

“Better Call Saul stuck the landing. You love to see it,” added another fan.

Ahead of the finale, Seehorn wrote on Instagram that she was “0% ready for this. But, could not be prouder to share the exquisite ending that #PeterGould wrote and directed. I hope it stirs your heart, your mind, & your soul the way it did mine. I’m still thinking about it. I will be forever grateful to have been part of the epic story telling of the #BetterCallSaul & #BreakingBad universe. There are no words that can express how much I have loved creating #KimWexler with my incredible writers, directors, cast & crew. To have such a generous & lovely response from fans & critics all these years, on top of this, has been incredible & appreciated from the bottom of my heart.”

Fabian also shared a behind-the-scenes look at his first days on set. “Babies,” he captioned one of the images, posted to his Twitter.

“First Day,” read another tweet, which featured a black-and-white photo on set.

On Twitter, Mando shared a series of photos from his time on the series through the years and wrote beside the shots, “All good things come to an end. #BetterCallSaul #SaulGone Thank you to the fans for six magical, life changing seasons.” 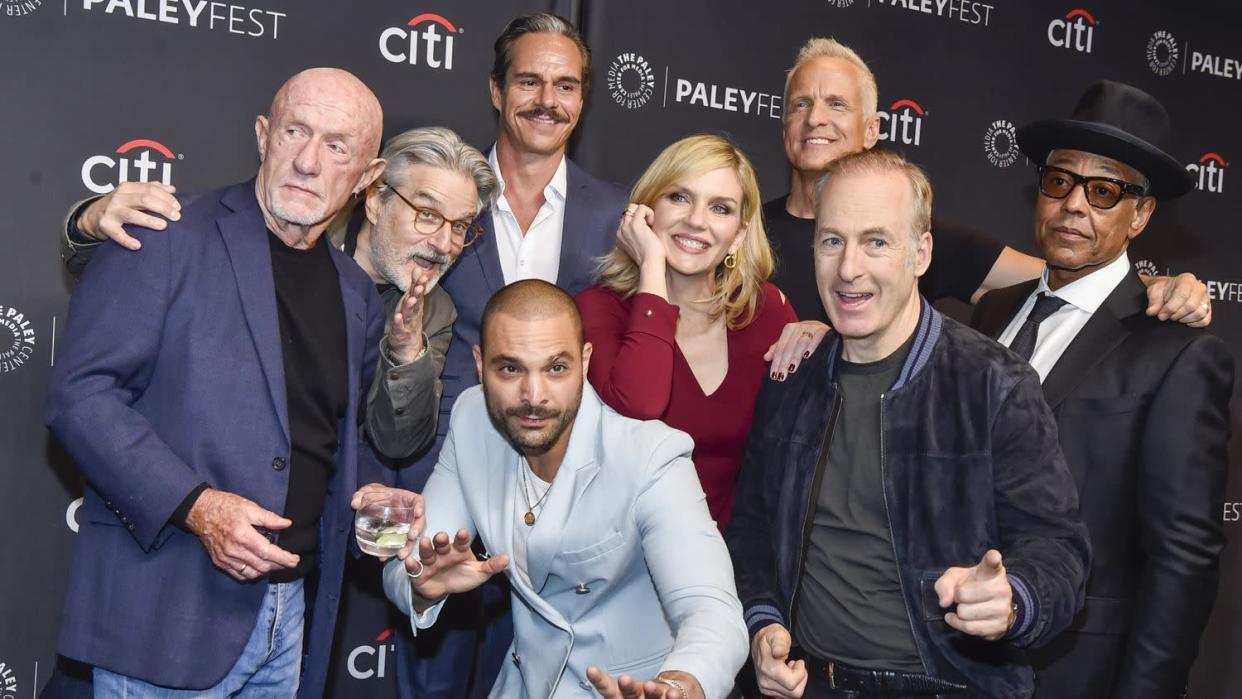 Esposito wrote in his own tweet: “The series finale of #BetterCallSaul airs tonight! What a journey it has been with my amazing #BCS family. I have been so fortunate to work with the most incredible people, on such an incredible show! Enjoy our final episode, #SaulGone.”

Writer Thomas Schnauz also paid tribute to the series’ end ahead of the finale, tweeting: “#BetterCallSaul finale tonight! Can’t believe it’s all over. Here’s pic @futurejenn Carroll took on 1st day of filming on S1, before any of us knew what the hell the show was, but thru @petergould’s amazing guidance, it turned into something very special. Peter brings it home!”

Never miss a story — sign up for PEOPLE’s free weekly newsletter to get the biggest news of the week delivered to your inbox every Friday.