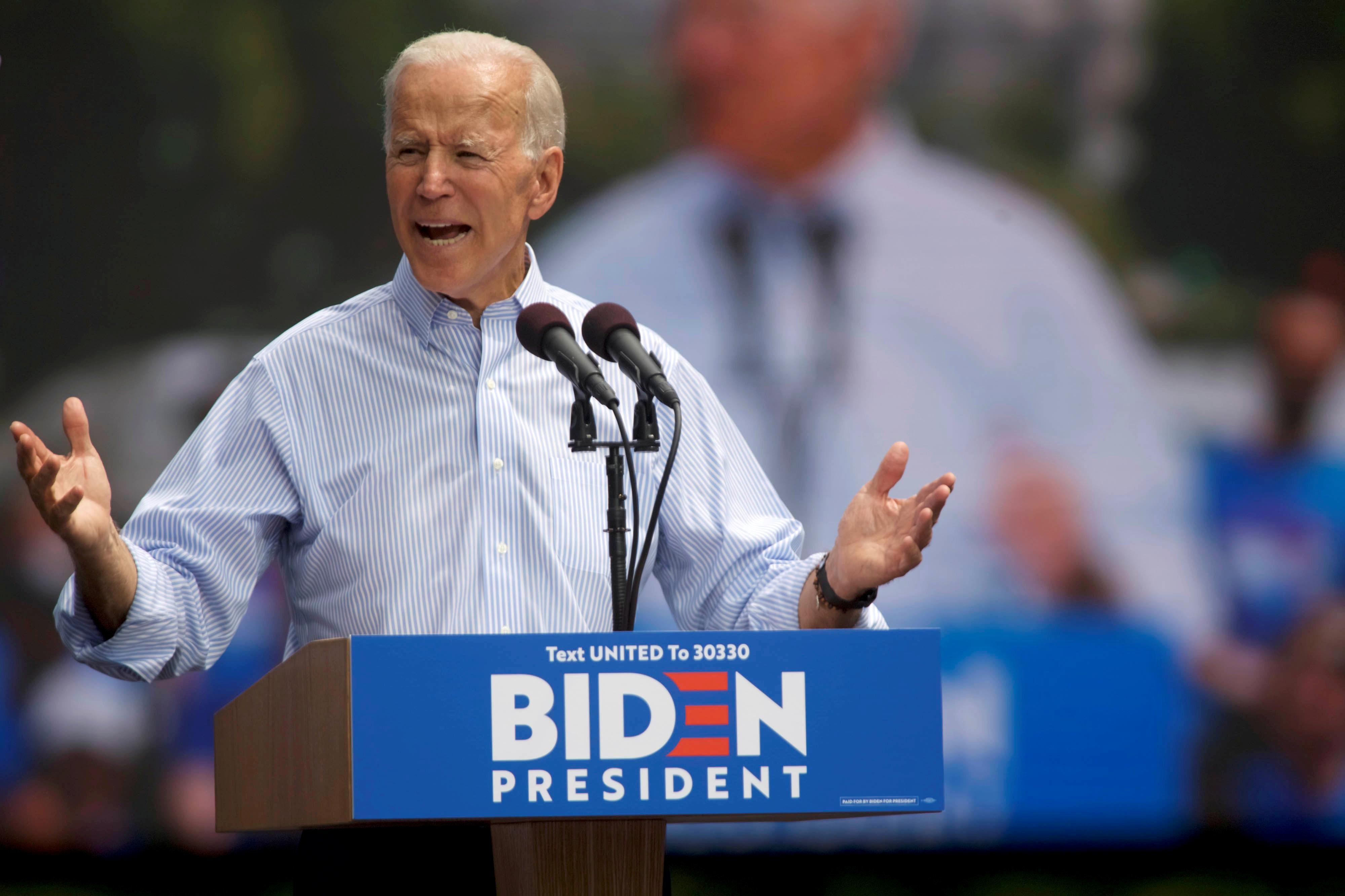 Biden, the front-runner for the 2020 Democratic presidential nomination, said his plan would invest $1.7 trillion over 10 years in clean energy research and modernizing infrastructure, and “reinvigorate” middle class manufacturing jobs.

“I’m calling for a Clean Energy Revolution to confront this crisis and do what America does best – solve big problems with big ideas,” Biden said in a statement.

Biden’s said his proposals and would go “well beyond” the policies that were set when he served with former President Barack Obama.

In his plan, Biden focuses on re-committing the United States to the Paris Climate Agreement – reversing President Donald Trump’s planned withdrawal – and re-engaging with other major emitting countries like China to adopt more ambitious emission-reduction targets.

Democratic rivals, like Vermont Senator Bernie Sanders, and youth and environmental activists criticised Biden’s centrist approach after Reuters reported last month that he was developing a “middle ground” climate strategy that could appeal to both environmentalists and working class voters wary of a rapid move away from fossil fuels.

The report said the plan could be built around restoring regulations rolled back by the Trump administration and could embrace controversial technologies like nuclear energy and carbon capture and storage to lower U.S. greenhouse gas emissions – measures that critics said were insufficient to address the climate change crisis.

It also seeks to appeal to activist groups, who have been pressing Democratic candidates to support the Green New Deal, a non-binding Congressional resolution calling for an end to U.S. fossil fuels and drastic reduction in greenhouse gas emissions use within 10 years, accompanied by social programs to boost jobs and guarantee healthcare.

“We can create new industries that reinvigorate our manufacturing and create high-quality, middle-class jobs in cities and towns across the United States,” the plan said.

Rebuilding the U.S. middle class is one of Biden’s campaign priorities.

Biden did not fully endorse the Green New Deal but said two aspects of the resolution are at its core – the urgency for greater ambition to address climate change and the notion that “our environment and our economy are completely and totally connected.”

He also for the first time said he would not accept donations from fossil fuel company executives and employees – a demand made on Democratic candidates by activist groups.

The plan consists of several executive actions that Biden would take on his first day in office, including creating an “enforcement mechanism” to put the U.S. on track to achieve 100 percent clean energy and a net-zero emissions goal by 2050.

It calls for accelerating the deployment of carbon capture, which limits emissions from coal plants and other industrial facilities, and identifying a future for nuclear energy, which may be needed for the U.S. to hit its net zero target.

Overall, $400 billion would be spent over 10 years on clean energy research and development on those technologies, as well as other emerging technologies like battery storage.

Biden also said the U.S. would engage in international efforts started by the Obama administration to tackle emissions from aviation and shipping, as well as engage with China to stop financing fossil fuel infrastructure projects domestically and overseas.

In a nod to unions and working class voters that Biden wants to win back from Trump, the plan promises to secure coal miners’ benefits and increase coal company payments into a federal program to help miners battling with black lung disease.

He also said he would create a task force to help communities facing closures of coal mines and power plants gain access federal funds and private investment “to help create high-paying union jobs based upon the unique assets of each community.”