If you hadn’t noticed, Friday, November 25 is Black Friday. That is the day after the fourth Thursday in November, which is the Thanksgiving holiday in the United States.

When Australians hear “Black Friday/Saturday/Sunday”, we think bushfires, but this is a day of “fire sales” of goods at heavily discounted prices. 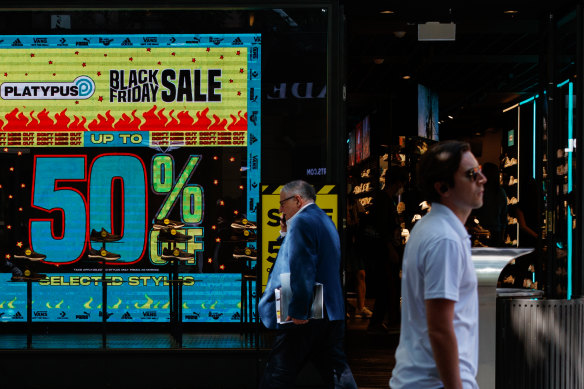 Shoppers getting in early for the Black Friday sales around Pitt Street Mall on Thursday.Credit:Nikki Short

Its origins are from the Black Friday panic of 1869 on the New York Gold Exchange, which morphed around 1951 to describe the lights out at factories when workers called in sick the day after Thanksgiving to make it a four-day weekend.

Then, in 1961, the Philadelphia police appropriated the term to describe the crowds and traffic congestion marking the start of the Christmas shopping season. Big retailers seized upon it and rebranded it with a marketing and public relations campaign.

Now Black Friday is a retail bonanza, when merchants of all varieties attempt to entice shopper to their stores – real or online – to turn their ledgers from red to black. Stateside, it’s the biggest shopping day of the year.

But here in Australia, my inbox is bulging with Black Friday sales offerings from the likes of the Good Guys, Appliances Online, Ikea, Booktopia, Fitbit, Dick Smith and Optus. It’s become so entrenched as an idea here that some have tried to tweak the theme and claim it as Green Friday to give it an enviro-bent. And there’s Cyber Monday, just to stretch the long weekend frenzy with online sales. 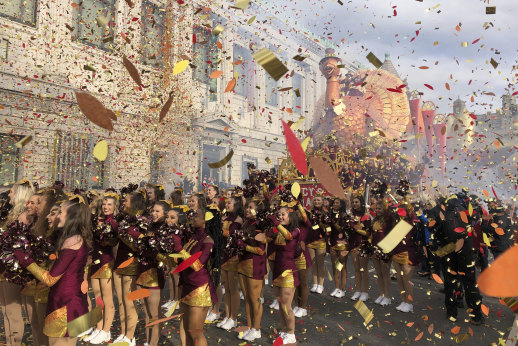 Let me just say how much I dislike this particular brand of American creep infecting our culture.

Don’t get me wrong. I love America. I married an American, I am the mother of a US citizen and I lived there for a decade. I don’t mind Halloween being celebrated here. Of course, it is Celtic in origin, and wrongly ascribed as a US import. In any case, I love seeing dressed-up children wandering our streets in a quest for chocolate, although I prefer the Mexican Day of the Dead celebrations around the same time.

I love Thanksgiving, too. It’s truly one of the most sincere, least commercial celebrations in the land of consumerism. It’s about eating turkey and talking about things you are grateful for – simple and sweet.

I remember Americans sitting down to watch the Macy’s Day Parade, broadcast from Chicago on Black Friday, the way we Australians watch the Sydney-to-Hobart Yacht Race on Boxing Day, largely to recover from our collective food coma.

I’m not America-bashing. There will be enough opportunity to do that over the next two years in the lead-up to the 2024 presidential elections. But I would prefer another November tradition. Welcome to our shores, Thanksgiving. We have so much to give thanks for. But not Black Friday. We don’t need another excuse to leave home to go shopping.

The United States is the land of the very best and the very worst. And, like other countries, we rubberneck constantly at it, as if driving past a car crash. We can’t take our eyes off it.

Commerce is the vehicle that drives the US, but I believe we are focusing on the wrong bits. There are better things to bring home.

Perhaps we could look to import some of the affordable housing initiatives or rent controls in big cities such as San Francisco. In many parts of the US, there are environmental laws that prevent over-development.

I am grateful to America for so very much: its industry and science, its biotech companies with their life-saving pharmaceutical breakthroughs, Silicon Valley, the tradition of philanthropy, American music and counter-culture and the questioning of power that evolves into movements such as #metoo and Black Lives Matter.

Black Friday? No, thanks.

The Opinion newsletter is a weekly wrap of views that will challenge, champion and inform your own. Sign up here.

Poor little rich kids: There aren’t swathes of research on the woes of rich kids. There is some evidence they’re at greater risk of battling depression, anxiety and substance abuse, so why aren’t we talking about them more?

Morning checklist: There are three questions Jessica Irvine asks herself every morning, and if she can answer “no” to all three, it’s sure to be a good day.