Boris Johnson broke cover after his bombshell resignation today – admitting he will not be backing any Tory leadership contenders because it might ‘damage’ them.

Speaking for the first time since dramatically quitting on Thursday, the PM said he will spend his final weeks in No10 delivering the ‘mandate’ from the last general election.

On a visit to the Francis Crick Institute in London, Mr Johnson insisted that whoever takes over as premier will have a ‘great, great agenda’ to continue.

But he made clear he intends to stay out of the increasingly bitter to succeed him in No10.

Mr Johnson said: ‘I don’t want to say any more about all that.

‘There’s a contest under way and it’s happened, and, you know, I wouldn’t want to damage anybody’s chances by offering my support.

‘I think the reason we’re here today is because I think … science, technology – our natural genius in this area is one of the many, many things that is going to carry us forward and make sure that our our future is very bright.’ 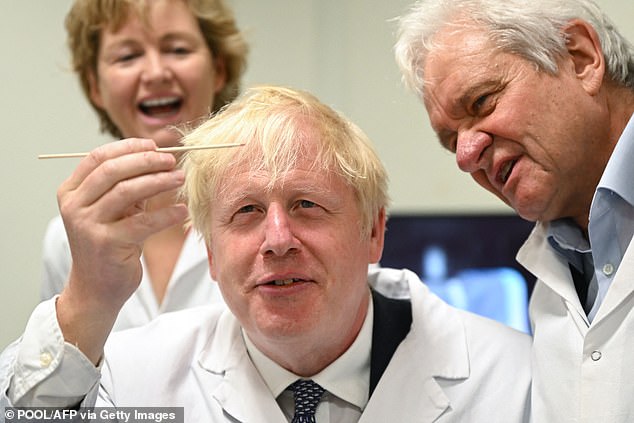 Speaking for the first time since dramatically quitting on Thursday, the PM said he will spend his final weeks in No10 delivering the ‘mandate’ from the last general election 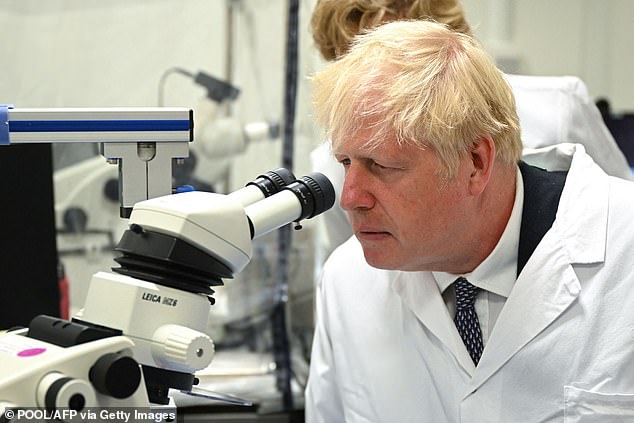 On a visit to the Francis Crick Institute in London, Mr Johnson insisted that whoever takes over as premier will have a ‘great, great agenda’ to continue

Mr Johnson said: ‘I know that whatever happens and whoever takes over, there is a great, great agenda to be continued and that we put in some pretty fantastic investments, not just in science but in infrastructure, in skills and in technology, that I think are going to enable us Conservatives, I should say, to keep on with our programme of levelling up and delivering for all the people in this country.’

After swiping in his resignation speech that Tory MPs had succumbed to a ‘herd mentality’, Mr Johnson was asked whether he felt betrayed.

But he said he would be get involved.

Liz Truss officially kicked off her leadership bid today with a slick video vowing to return to ‘core Tory principles’ – as the battle threatened to turn nasty.

The Foreign Secretary joined the fight with the race looking increasingly chaotic after 11 candidates declared, and Priti Patel seriously considering making it a dozen by throwing her hat into the ring.

Many of the contenders are turning their fire on Rishi Sunak, who appears to be the front runner – with a bitter row going on over how and when to slash taxes. 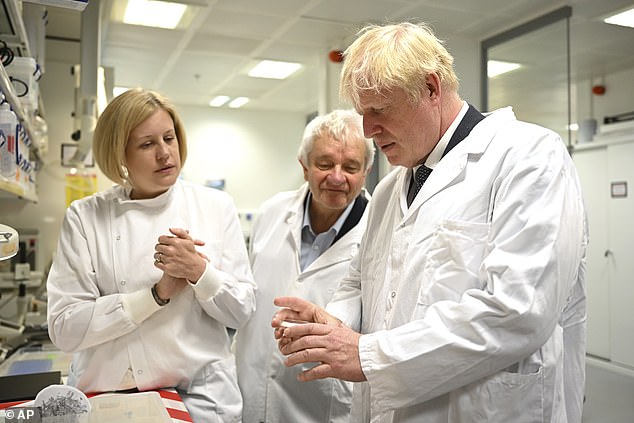 Mr Sunak is pitching himself as the PM who will take difficult choices, but rivals have swiped about a pact with former No10 chief Dominic Cummings who they say has been posting ‘poisonous’ claims online.

Ms Truss is vowing to return to ‘proper Conservative policy’ with tax cuts ‘from day one’ and business rates reforms. She suggested that the £2trillion debt mountain should be put on a ‘longer-term’ footing in order to give immediate wriggle-room.

In her video, she played up her experience at the top levels of government and said the party needs to ‘deliver, deliver, deliver’ to win the next general election.

Meanwhile, Tom Tugendhat has released his own promo insisting he represents a clean break and return to integrity, and Grant Shapps issued a pithy 13-second clip telling MPs he can ‘win yours seats’.