Boris Johnson’s first wife fled their marital home after a blazing row and sought sanctuary with friends for weeks, it was claimed yesterday.

The favourite to be the next Prime Minister was working in Brussels at the time when society beauty Allegra Mostyn-Owen walked out. The couple later divorced.

Details of the bust-up in Belgium emerged a week after Mr Johnson had an argument with current girlfriend Carrie Symonds, 31, which resulted in a neighbour calling police.

Last night neither Mr Johnson nor Mrs Mostyn-Owen were available for comment. Instead Mr Johnson’s ex-wife highlighted the recent cover of a magazine to joke that he should be controlled by a restraining order.

The latest claim about Mr Johnson’s personal life was made by a woman who shared her flat with his ex-wife, and backed up by a leading figure at the European Commission, who was a friend of Miss Mostyn-Owen at the time. 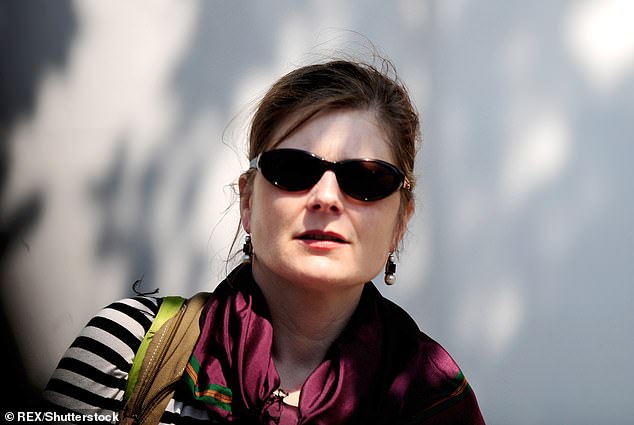 Boris Johnson’s first wife, pictured in 2008, fled their marital home after a blazing row and sought sanctuary with friends for weeks, it was claimed yesterday

Louise Gosling told the Sunday Times that after she helped shelter Miss Mostyn-Owen, Mr Johnson followed her, grabbed her arm, and threatened her.

She also claimed Mrs Mostyn-Owen made serious allegations about Mr Johnson’s actions at the time, but refused to elaborate, and added: ‘Thirty years later – and now I am 51 – I am still scared of Boris Johnson.’

Miss Gosling was living in Brussels in a flat with Italian European Commission trainee Giancarlo Caratti, who was a friend of Mrs Mostyn-Owen. He invited her into the flat after her argument with her husband. Mr Caratti last night confirmed to the Daily Mail that the events had happened as described.

Miss Gosling said that Mrs Mostyn-Owen turned up at her flat in a distressed state, seeking shelter. Mr Caratti offered her a bed in Miss Gosling’s room.

Miss Gosling said Mr Johnson and his wife had had a blazing row, adding: ‘It was a row that had got out of hand, to the extent that she fled. She communicated that his temper was frightening.’

Miss Gosling, with whom Miss Mostyn-Owen stayed for weeks, said she had a frightening encounter with Johnson, whom she had not previously met, when he followed her when she walked from the Commission offices one afternoon. Miss Gosling said: ‘He caught up with me and jabbed a finger into my back.’ She said Mr Johnson shepherded her into a nearby bar and she felt threatened as he addressed her in an ‘angry’ and ‘shaky’ manner. 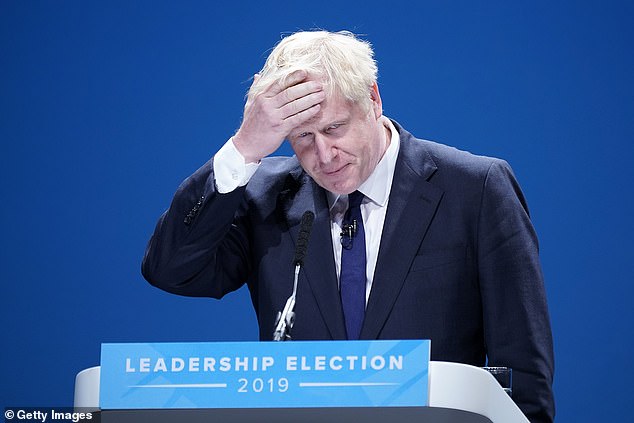 The favourite to be the next Prime Minister was working in Brussels at the time when society beauty Allegra Mostyn-Owen walked out. The couple later divorced 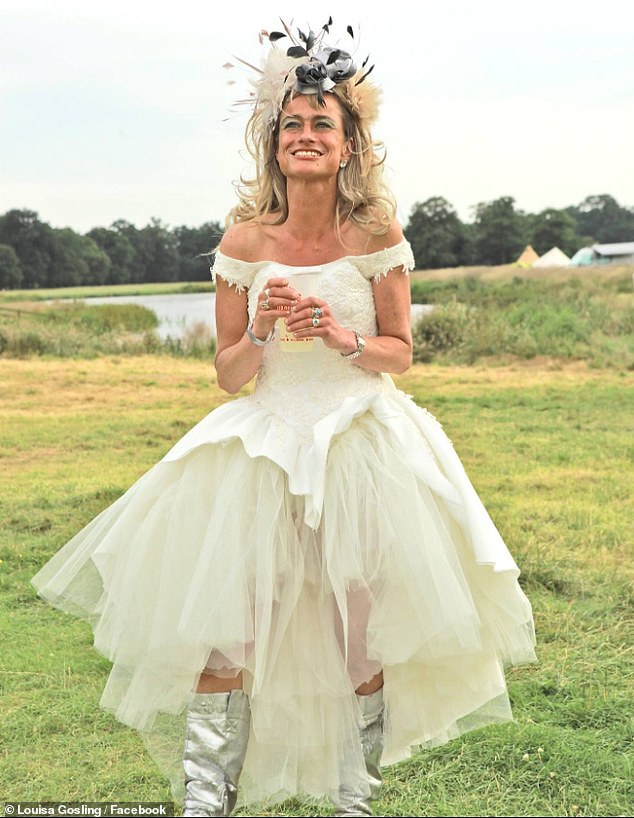 Louise Gosling told the Sunday Times that after she helped shelter Miss Mostyn-Owen, Mr Johnson followed her, grabbed her arm, and threatened her

Miss Gosling, who now lives in Somerset and monitors the county council’s data privacy, said: ‘He was unpredictable. He was looming over me… bullying me – I was scared.’

Miss Gosling said Mr Johnson seemed convinced his wife, who had told her of her ‘unhappiness’ and made claims of maltreatment, must have been making allegations about him. ‘He was saying, “she must have said something. That’s b******t and she’s a liar, she’s a liar”.’

Mr Johnson and Mrs Mostyn-Owen eventually made up before splitting for good in February 1990 and divorcing in 1993. Miss Gosling said she had felt bound to speak out after hearing the reports of the loud argument with Miss Symonds. ‘I am very wary of upsetting Allegra or anyone, but my sickness at the thought of this man being the prime minister of the UK is enough for me to do this despite those costs.

‘I just have to speak out to support what others have said about him – that he is a very unfit, unstable, unpredictable, potentially angry, fly-off-the-handle kind of guy.’

She declined to detail the allegations Mrs Mostyn-Owen made, saying: ‘That is her story to tell. Not mine.’ Mrs Mostyn-Owen, who has taught art to youngsters in a mosque in London, remarried and now lives in a terrace house in west Kensington.

When approached by reporters, she held up last week’s New Statesman magazine, which had an illustration of Boris Johnson imprisoned in a cage under the headline ‘Restraining order’.

Mrs Mostyn-Owen said: ‘I think this is a very good cover.’

It is understood Mr Johnson has told colleagues he cannot remember Miss Gosling or the alleged row. His supporters believe it is a negative story designed to undermine him.