Boris Johnson has pledged to slap foreign buyers with a higher level of stamp duty to prevent wealthy Russians and Middle Easterns ratcheting up property prices.

A 3 per cent surcharge on existing rates is estimated to claw in £120million per year, which the Conservatives will use to tackle rough sleeping if elected on December 12.

Currently, foreign individuals and companies can buy homes as easily as UK residents.

The policy is wrapped into a bundle of eye-catching housing pledges which the Prime Minister has vowed to roll out in a big election pitch to Britons struggling to get on the property ladder.

London’s high property prices and a strong legal system have made it the destination of choice for foreign billionaires looking for a safe place to park their cash, attracting Russian and Middle Eastern money especially. 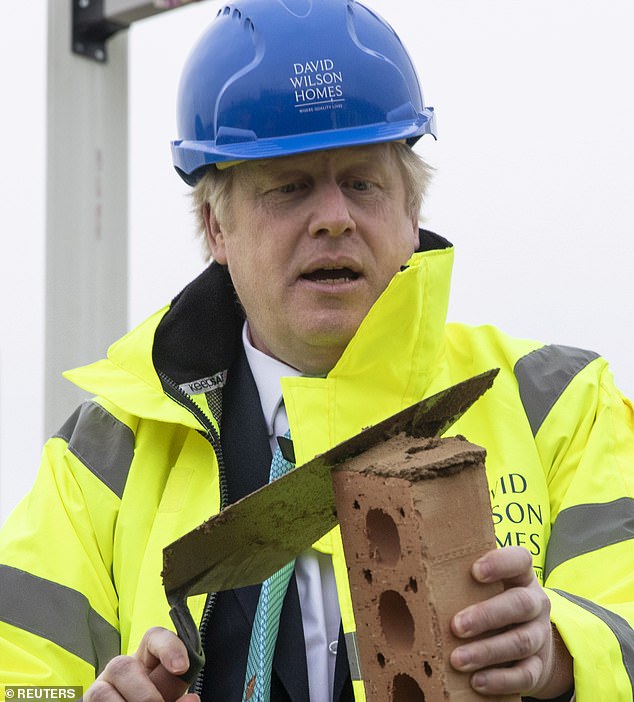 Chief Secretary to the Treasury Rishi Sunak said: ‘The Conservative Party is levelling up opportunities across the country, helping millions of people into home ownership.

‘That is why we are introducing a higher rate of stamp duty for non-UK residents that will help to address this issue and could raise up to £120million.’

He said Britain would ‘always be open to people coming to live, work, and build a life in this great country,’ adding: ‘The steps we are taking will ensure that more people have the opportunity of a great place to live and build a family.

‘House-building is already at its highest level for 30 years, with over 240,000 homes delivered last year.

‘A vote for the Conservatives will allow us to get on with implementing our ambitious domestic agenda, instead of a Labour government spending 2020 distracted by another two chaotic referendums rather than focusing on people’s priorities.’

It came after Mr Johnson pledged to build a million more homes over the next five years in a bold election pitch to first-time buyers.

Hoping to scoop up votes from a generation struggling to get on the housing ladder, the Prime Minister also announced long-term and fixed-rate mortgages will only require a 5 per cent deposit from would-be homeowners.

Local first-time buyers will further enjoy a 30 per cent discount on the property if the Conservatives keep power after the December 12 ballot.

It is unclear how expensive the mammoth house-building job will be, with the party yet to provide costings.

But the Prime Minister said his government would deliver the pledge by tackling inefficiencies in the planning sector and reviewing new ways to support home ownership following the end of the Help To Buy scheme in 2023.

He also unveiled an eye-catching ‘Lifetime Rental Deposits’ so down payments can be transferred from one property to the next – before the deposit from the first property is repaid.