BRITAIN is a nimble speedboat racing ahead on vaccines compared to the cumbersome EU oil tanker, Brussels' boss has admitted.

Even chief eurocrat Ursula von der Leyen acknowledged how Brexit has helped the UK way outpace the rest of Europe with its jabs rollout. 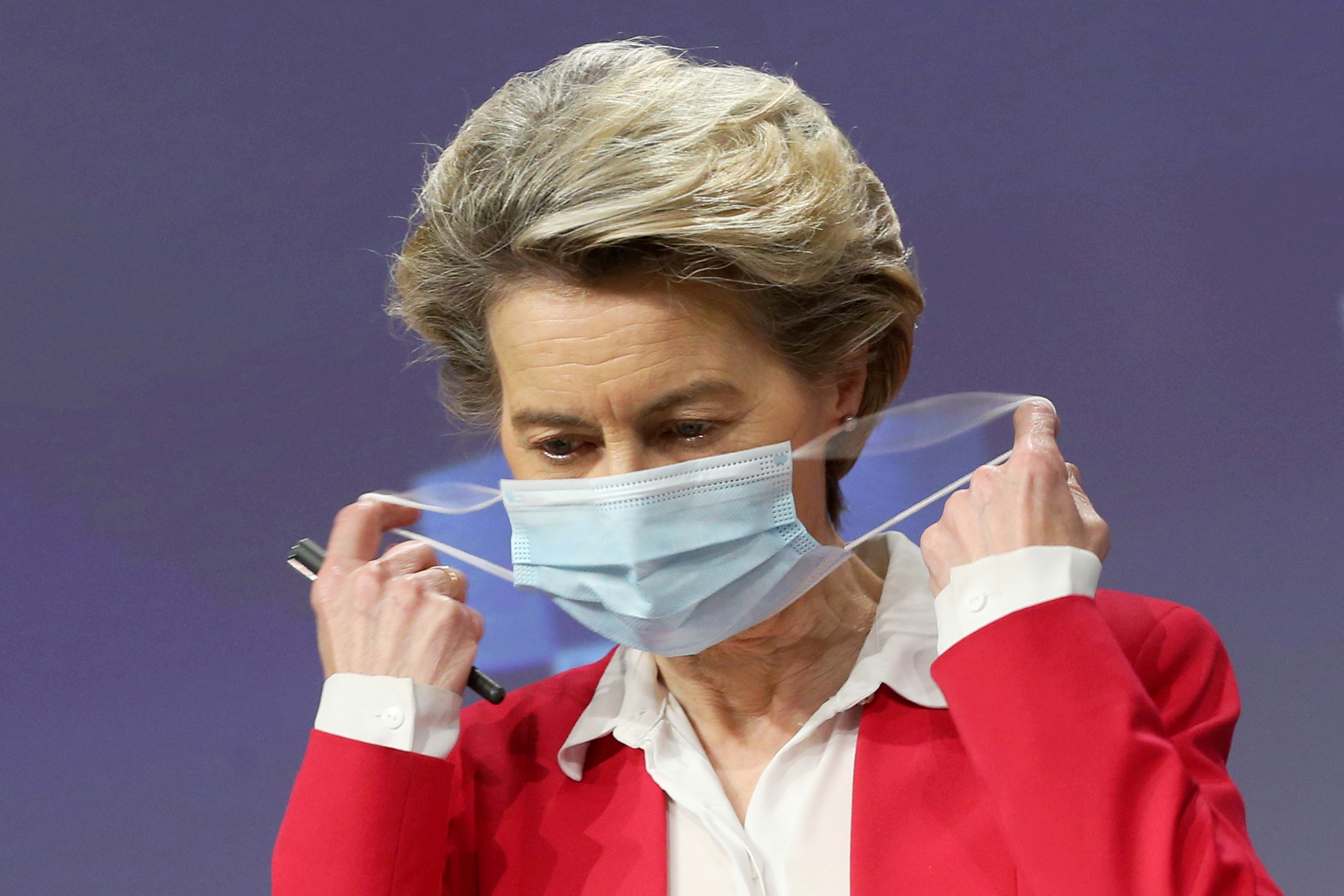 In contrast she accepted the bloc has made big mistakes in its own shambolic scheme that would have held the UK back.

And she finally took personal responsibility for the blunder that saw Brussels almost trigger a vaccine border in Northern Ireland.

The Commission boss made the admission after being grilled on why Britain's jabs rollout has been so much more successful than the EU's.

It comes after years of eurocrats sneeringly claiming the UK would be too small to stand on its own two feet outside the bloc.

Instead, Mrs von der Leyen accidentally made the compelling case for Brexit with her remarks.

She said: "Alone, a country can be a speedboat, while the EU is more like a tanker.

"Before concluding a contract with a pharmaceutical company, the 27 member states had five full days to say whether they agreed or not.

"This naturally delays the process. We must constantly pressure ourselves so each step of the decision-making process is as fast and efficient as possible."

Brussels' snail-paced rollout has faced fierce criticism, with the bloc lagging way behind the likes of Britain, the US, and Israel.

Germany's finance minister attacked the EU's scheme as “really s***” during a stormy meeting of Angela Merkel's cabinet this week, according to reports.

But Mrs von der Leyen said she was "absolutely convinced" that the bloc had taken the right approach by pooling the buying of jabs. 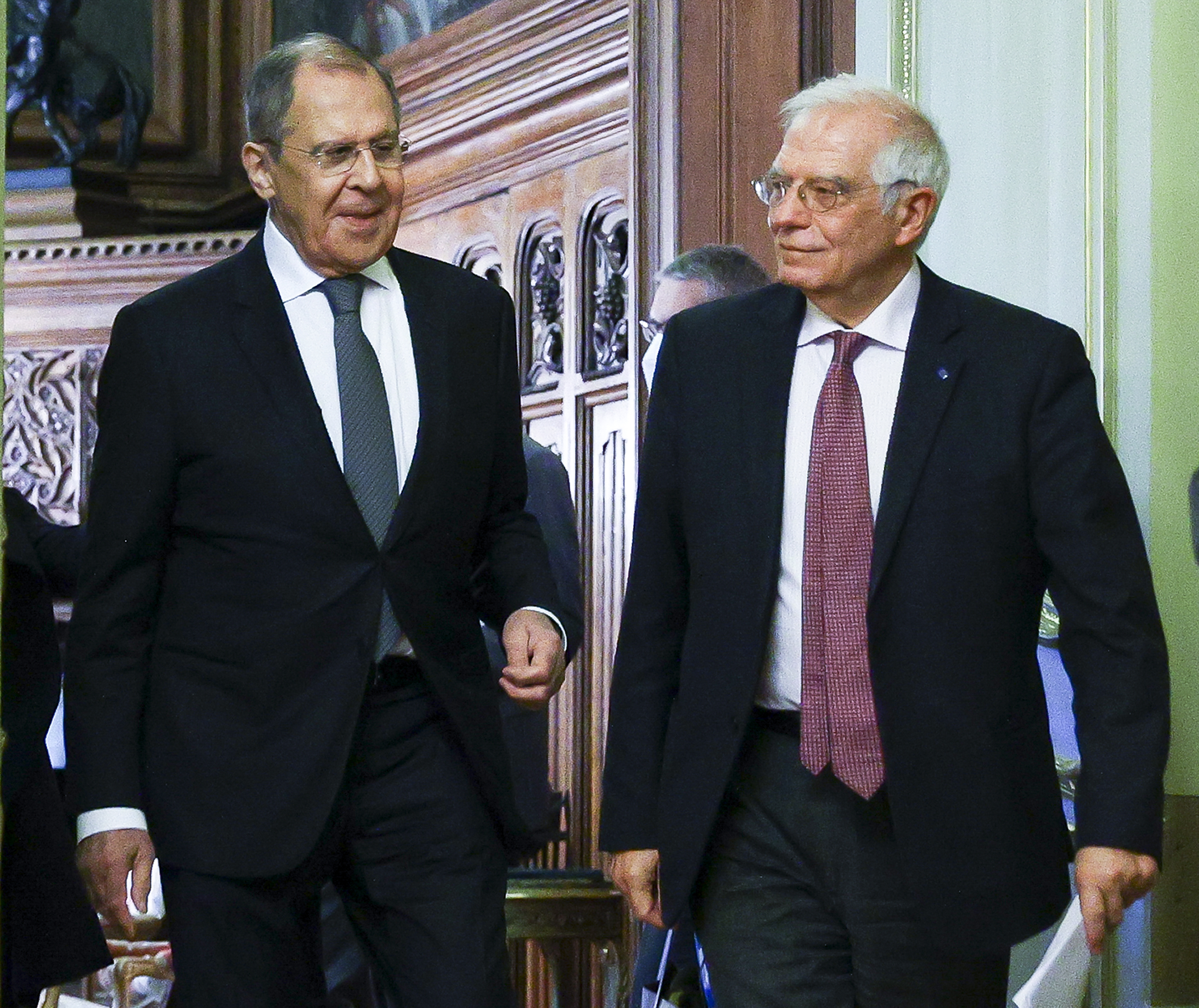 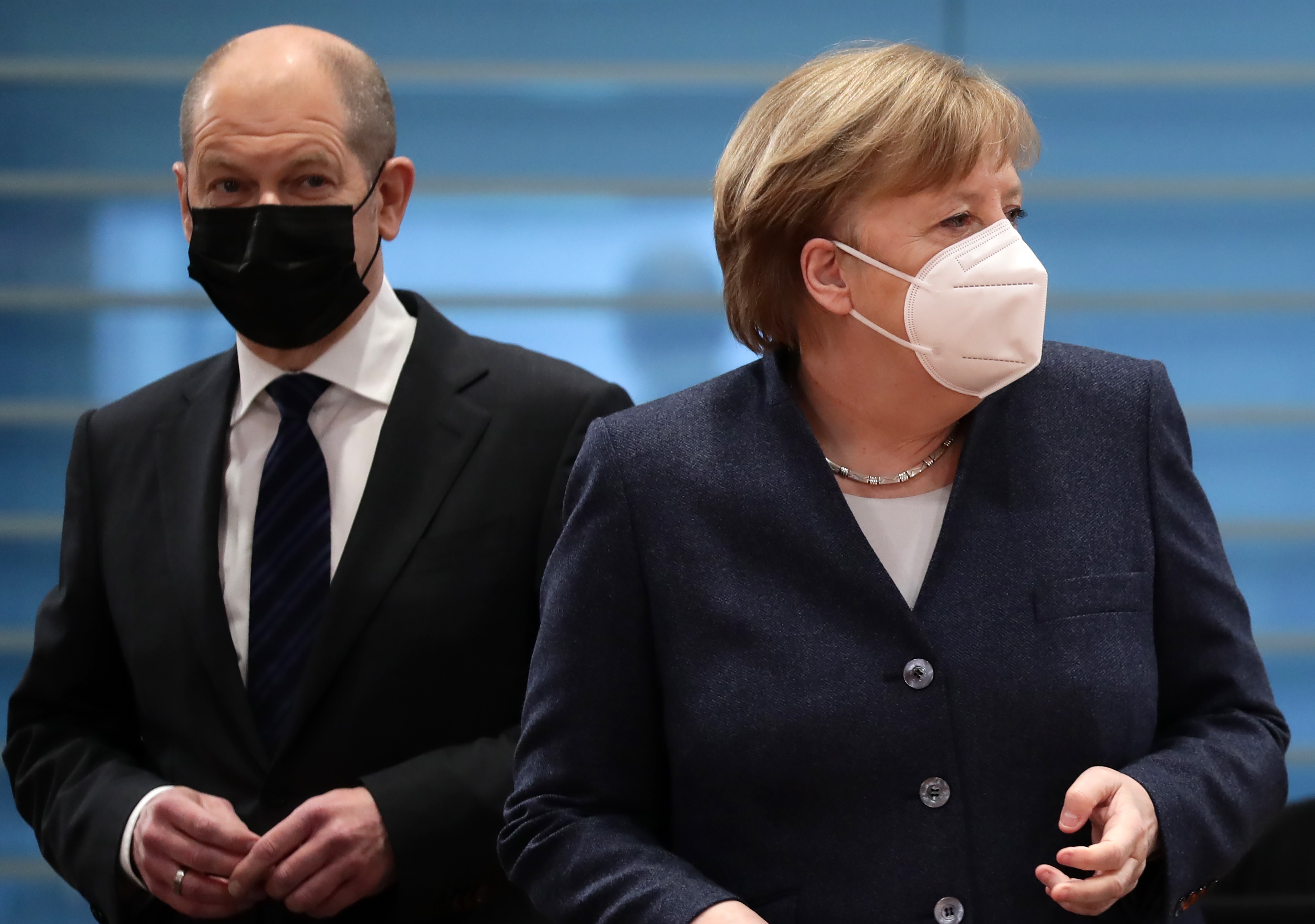 Despite the hail of criticism, she insisted: "On these vaccines, we worked faster than usual.

"I can't even imagine what it would have meant for Europe, in terms of unity, if one or more member states had access to vaccines and not the others.

"From an economic point of view too, we had to work on 27, because otherwise restarting the economy would have been impossible."

Today the EU's foreign affairs chief admitted the bloc's bungled jabs programme may mean it has to turn to Russia for more jabs.

Josep Borrell lavished praise on Moscow for the development of the Sputnik V vaccine and said it could help solve Europe's supply problems.

At a press conference with Russian foreign minister Sergei Lavrov in Moscow, he voiced hopes it will be quickly green lighted for use in the EU.

He said: "It's good news for the whole mankind, because it means we are going to have more tools to face the pandemic.

"As you know we are facing a shortage of vaccine and if there is another source of supply [that's] welcome."

He told Mr Lavrov: "Congratulations for the Russian scientific capabilities."

She said: "I realise, looking in the rearview mirror, that we should have thought more, in parallel, about mass production and the challenges it poses."

The EU has only jabbed 3.22 per cent of its adult population, compared to 15.5% of people who have had at least one jab in the UK.

In the interview with European newspapers, the Commission boss also took full responsibility for the recent row over the Irish border.

She said she "regrets" last Friday's move to trigger a safeguard clause in the Brexit deal that would've put up a vaccine border in Ireland.

At first she tried to blame her trade chief Valdis Dombrovskis for the error, but she has now admitted the buck stops with her.

The move sparked a furious backlash in London, Belfast, and Dublin and was quickly reversed by panicking eurocrats.

But it has fuelled Unionist calls for the entire border fix, which imposes some checks on goods going between GB and NI, to be scrapped.

02/05/2021 World News Comments Off on Brexit Britain is a nimble 'speedboat' racing ahead of the EU 'tanker' on Covid vaccinations, BRUSSELS BOSS admits
Recent Posts