Chris and Roberta Laundrie ventured out Tuesday for a series of early morning errands before returning to their Florida home – exactly one month after an FBI-led search found their son’s former fiancée dead in Wyoming.

It was one of their longest day trips since their son, Brian Laundrie, fell off the radar amid a nationwide search for Gabby Petito.

The couple spent about an hour at their local Walmart store just after it opened Tuesday morning, exiting with a shopping cart full of bottled water, an air filter and other items. They ignored questions about what transpired on Sept. 1 – when their son returned home in Petito’s van, without her.

They drove by an AT&T store – but it wasn’t open at the time. Then they went to a bank, standing outside the door until its business day began at 9 a.m. After about 25 minutes inside, they hit the road again, dropping off a box at a nearby FedEx store. 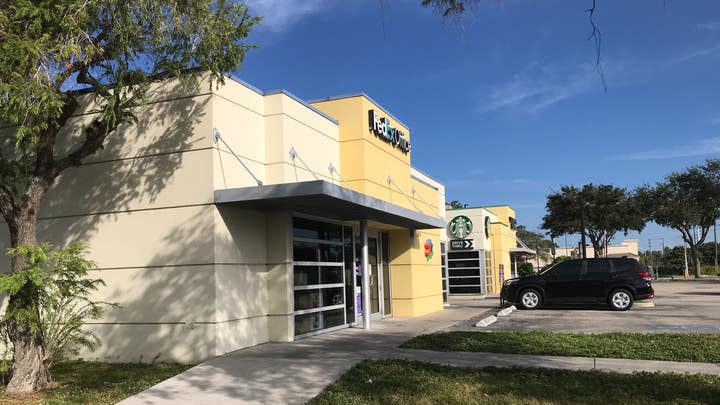 In the FedEx parking lot, they declined to answer additional questions about whether they found their son’s return alone suspicious.

They drove onto Interstate 75 and went north before reaching another AT&T store in Sarasota – spending roughly a half hour inside. They again ignored questions from reporters as they exited. 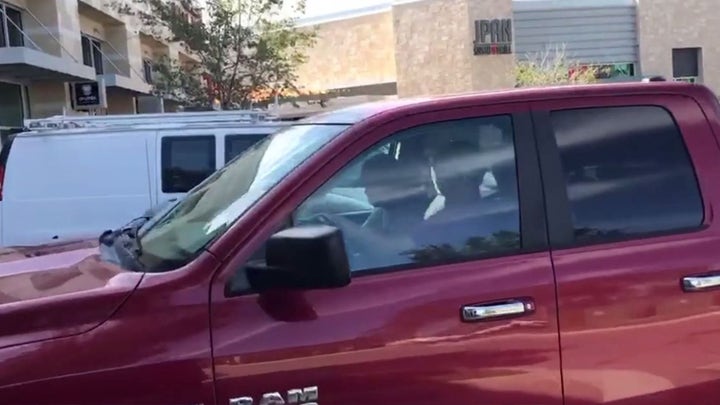 Their New York attorney Steve Bertolino declined to comment on the AT&T visit.

The family notably purchased a phone for Brian Laundrie from AT&T in early September – after Brian Laundrie returned home but before Petito’s mother reported her missing. He left the new phone at home before allegedly setting out for a hike at a nearby nature trail from which he never returned.

The whereabouts of his original phone and one belonging to Petito are a mystery.

Authorities searched the T. Mabry Carlton Jr. Reserve and nearby Myakkahatchee Creek Environmental Park for weeks after Laundrie’s disappearance without acknowledging finding any signs of him. 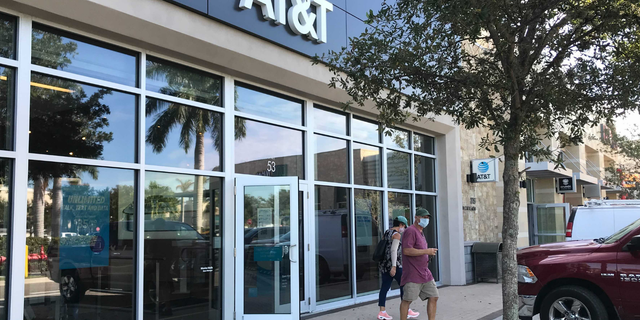 He and Petito set out on a cross-country “van life” road trip earlier this year, stopping off at national parks along the way and posting about it on their social media. Friends and relatives have described Laundrie as an outdoor enthusiast. But his proficiency has received mixed reviews – being described as both a “mediocre” hiker by his own sister and skilled outdoorsman by a friend of Petito.

She was believed to have last been seen in public at a Jackson, Wyoming, restaurant called Merry Piglets on Aug. 27. By Sept. 1, Laundrie had returned home to his parents’ place in Florida – alone and in her van.

Her remains were discovered near a campsite where another travel-blogging couple had spotted their van.

Brian Laundrie is the subject of the federal warrant for alleged debit card fraud. Investigators also consider him a person of interest in Petito’s death, which Teton County Coroner Dr. Brent Blue ruled a homicide by manual strangulation.

10/19/2021 World News Comments Off on Brian Laundrie search: Parents mum on son's Sept. 1 homecoming as they step out on long day of errands
Recent Posts