BRITAIN has gone back to work today with traffic returning to pre-Covid levels as the UK bounces back from the pandemic.

This morning's rush hour on the Tube in London and on the roads was as busy as before lockdown started. 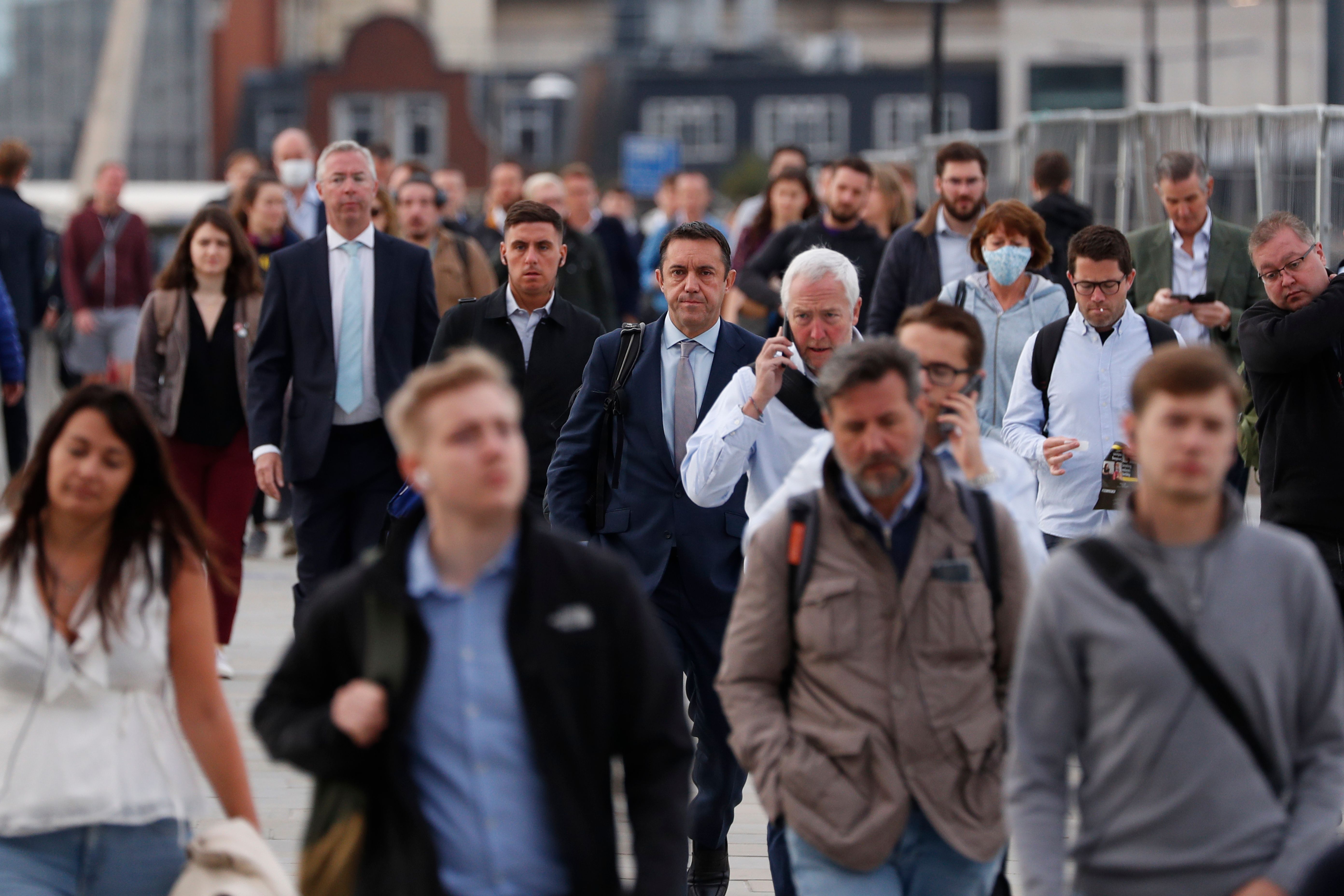 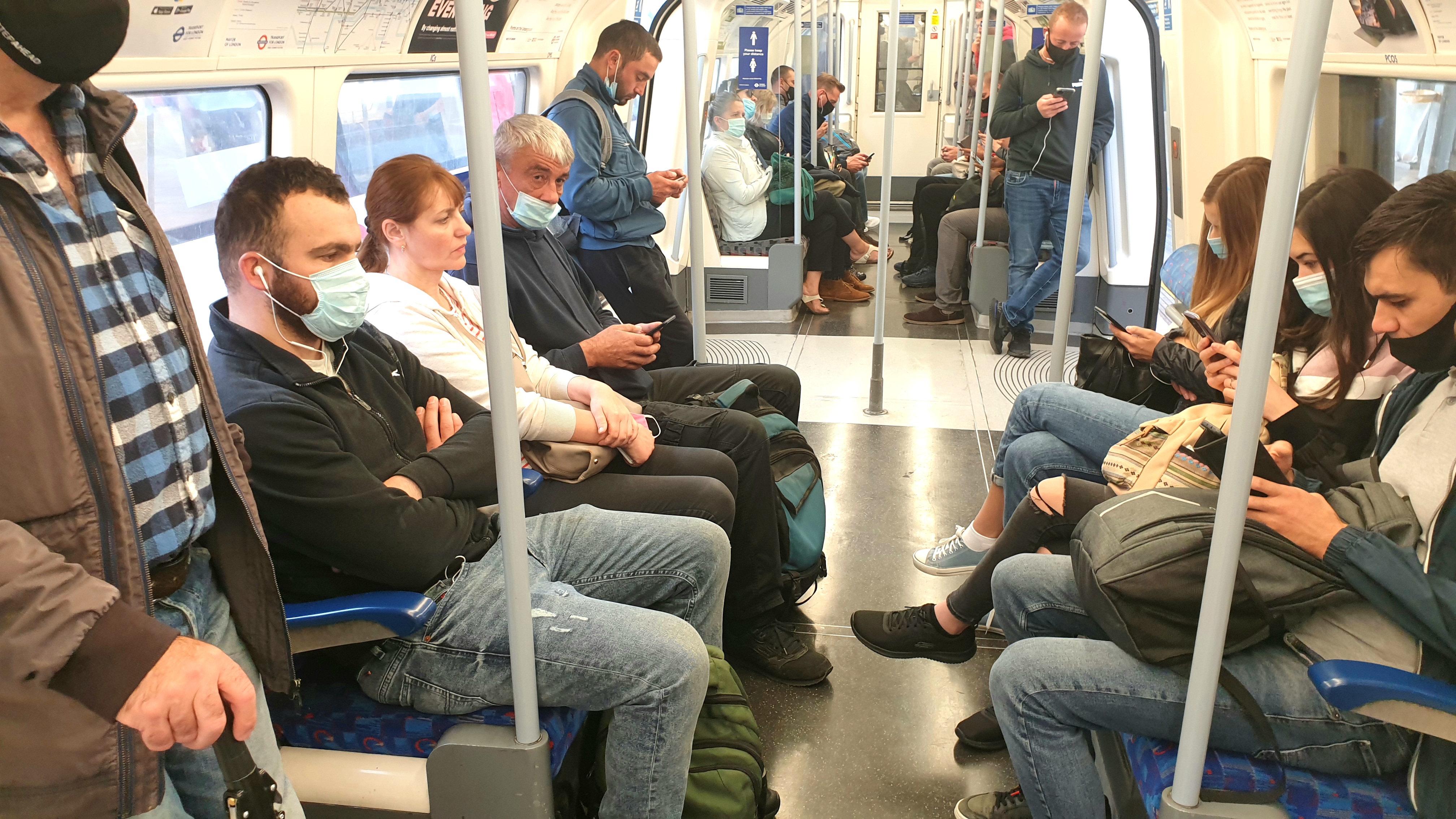 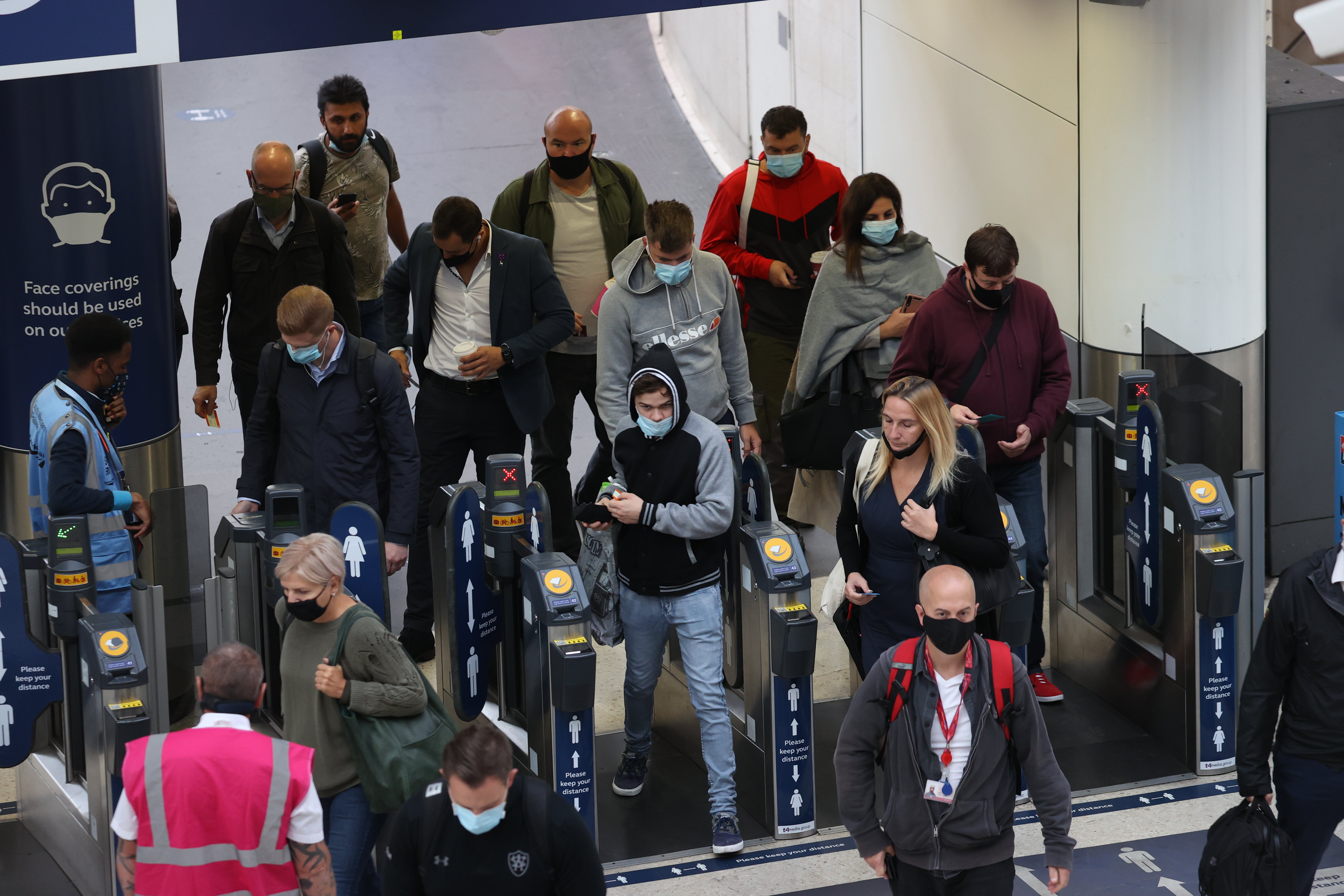 Buses and Tube carriages were full of commuters this morning as the UK continues its bounce back from the effects of the coronavirus pandemic.

Traffic data from TomTom showed road traffic levels in London were around 62 per cent – just one per cent lower than the same day in 2019.

Manchester and Birmingham also had rises in traffic, but both cities are still short of pre-Covid levels.

According to data from the Office for National Statistics,half of UK workers returned to the office in the last week of August – the highest amount since lockdown began in March.

Meanwhile 50 per cent of employees went back to their usual place of work between August 26 and 30 – a spike of 30 per cent since June. 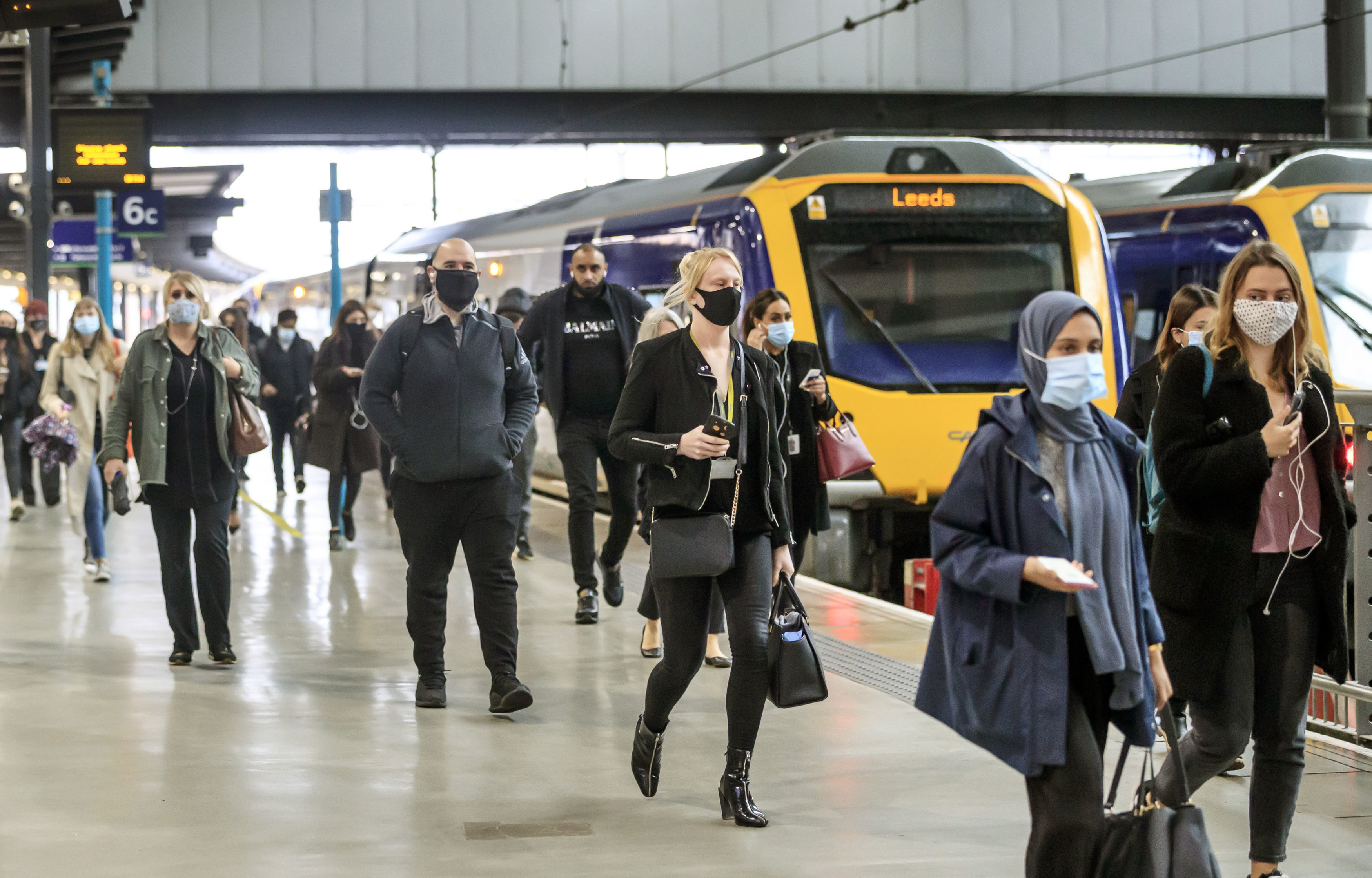 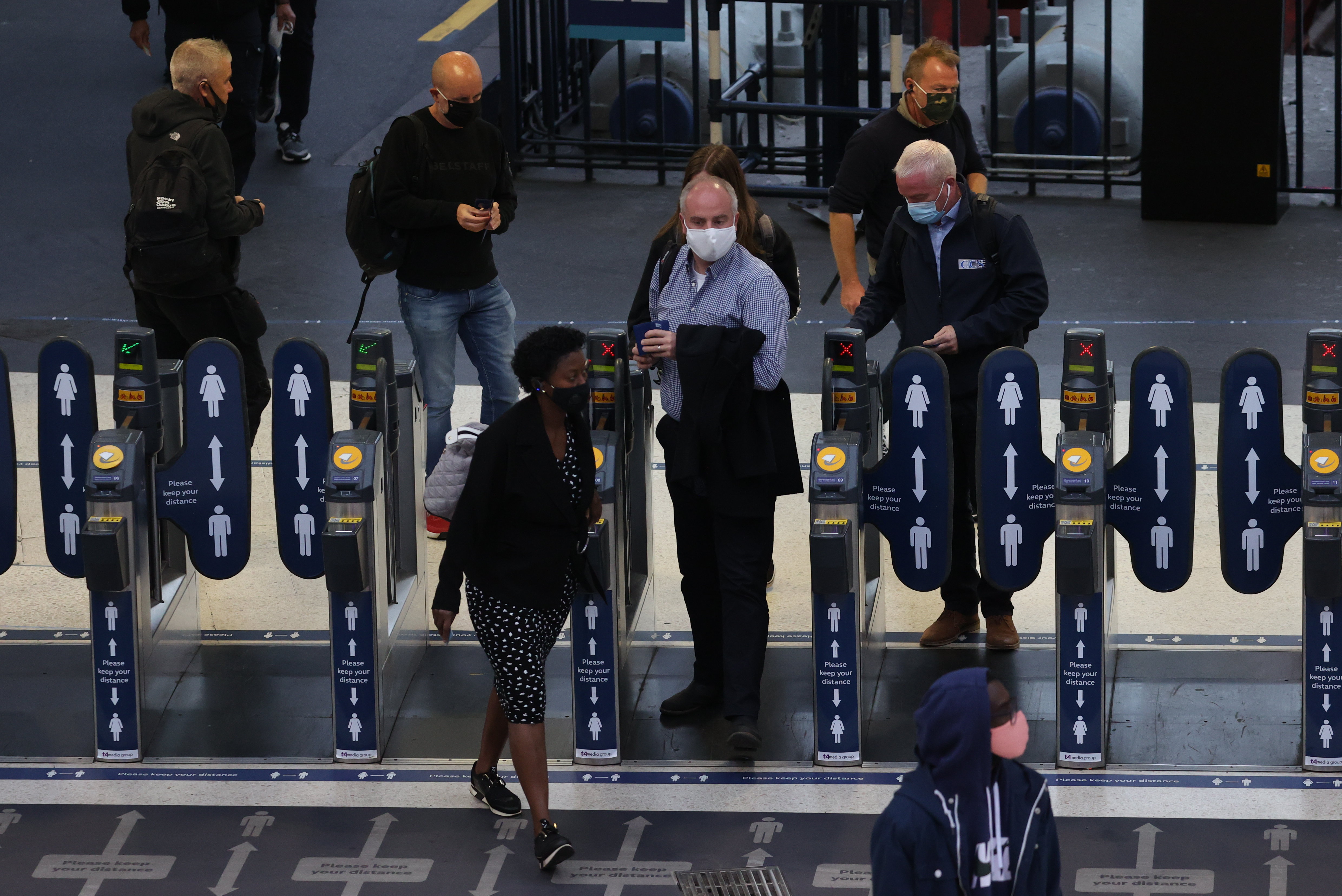 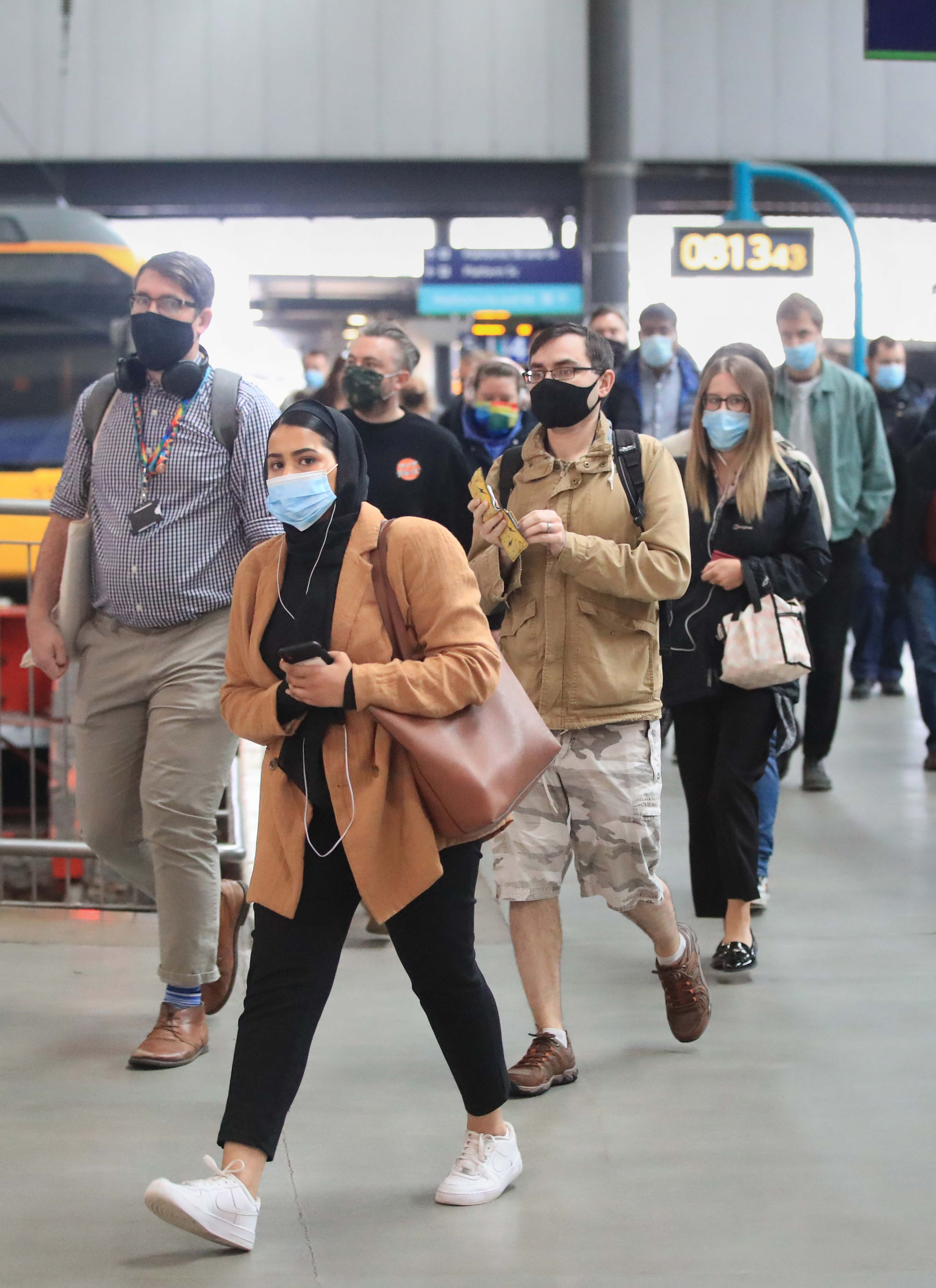 Dominic Raab warned yesterday that the economy was being damaged by people refusing to return to the office.

The Foreign Secretary said the nation's finances are depending on Brits returning to workplaces and helping boost economic growth.

He said: "It's damaging to the economy as you've seen in lockdown (there was) a massive shrinking of the economy.

"The important this is yes we're all going to do a bit of remote working in the future.

"But it does make a difference, the economy needs to have people back at work unless there's a good health reason why it shouldn't happen.

"Or unless the employer can't put in a good Covid secure workplace as (staff) need, but employers are doing that and I think it is important to send the message that we need to get the economy up and running."

Mr Raab said the Government had been working closely with the public and private sector to make sure the return to work was "carefully controlled" and all workplaces were safe.

The return of children to schools after six months out of classrooms was "hugely important" for the economy, Mr Raab said, as it will help more parents get back to work.

Mr Raab's comments come as the PM is having a stand off with the FDA union boss, which represents civil servants, over getting Whitehall staff back to work.

Boris Johnson demanded last week that civil servants lead by example by heading back to the office, and staff were told 80 per cent of staff should be back behind desks at least two days a week.

09/07/2020 World News Comments Off on Britain gets back to work with traffic back to pre-Covid levels as UK bounces back
Recent Posts
We and our partners use cookies on this site to improve our service, perform analytics, personalize advertising, measure advertising performance, and remember website preferences.Ok