British girl, 18, is killed in go-kart crash in Malaysia

An 18-year-old British girl has been killed after crashing a go-kart at an extreme sports centre in Malaysia.

The Briton was driving the go-kart around a track at the Malaysia X-Park in the city of Iskandar Puteri, southern Malaysia, when she lost control of the vehicle. 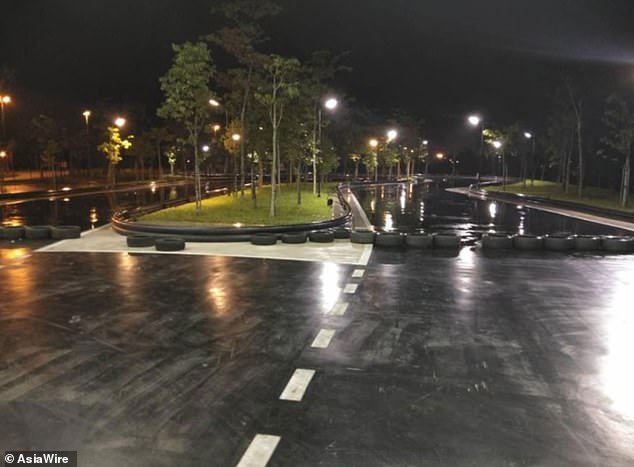 The Briton was driving the go-kart around a track at the Malaysia X-Park (pictured) in the city of Iskandar Puteri, in the southern Malaysian state of Johor, when she lost control and crashed

He said a marshal at the track advised the teenager’s friends to take her to the nearby Gleneagles Medini Hospital rather than wait for an ambulance.

He said: ‘According to an eyewitness, the victim was bleeding badly from her nose and she was rushed to a private hospital by friends.’

Assistant Commissioner Dzulkhairi said she died later in hospital from her injuries.

Police are investigating her death and the teenager’s body has been sent to the Kulai Hospital north of the city for a postmortem. 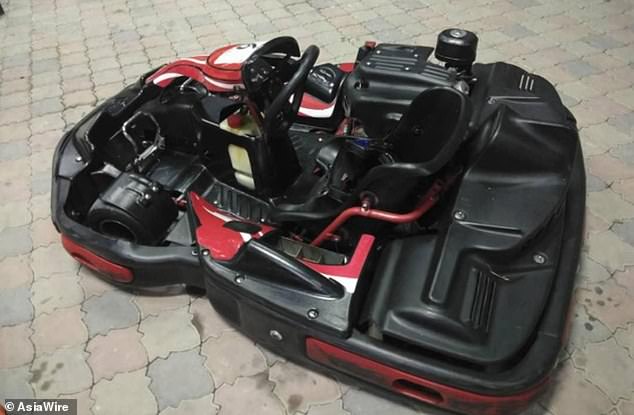 Police said the Briton had skidded and crashed her go-kart (pictured), sustaining serious injuries from which she died

Mr Dzulkhairi added the centre’s CCTV cameras were not working at the time of the accident so there was no video footage of the crash.

‘Our checks showed the CCTV at the sports centre was not working but the investigation is still ongoing,’ he added.

The X-Park Malaysia website says the drivers are provided with crash helmets and that the go-karts feature a ‘sturdy chassis’ for the safety of drivers.

It is not yet known why the 18-year-old was in Malaysia or whereabouts she was from in Britain.

06/10/2019 World News Comments Off on British girl, 18, is killed in go-kart crash in Malaysia
Recent Posts