The symbol of resistance in Khartoum is delivered by hand.

On countless occasions during our visit, I have seen people look each in the eye and offer their “V for victory” sign. 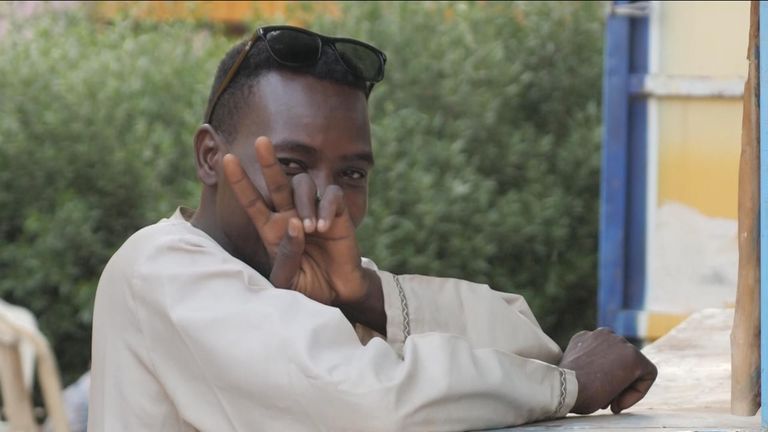 It is usually done quickly and accompanied with a smile – and everyone knows what it means.

These furtive gestures are important in a city where the majority feel like they are under siege.

A government-backed militia called the Rapid Support Forces (RSF) are a constant presence in the streets and they are loathed and feared in equal measure. 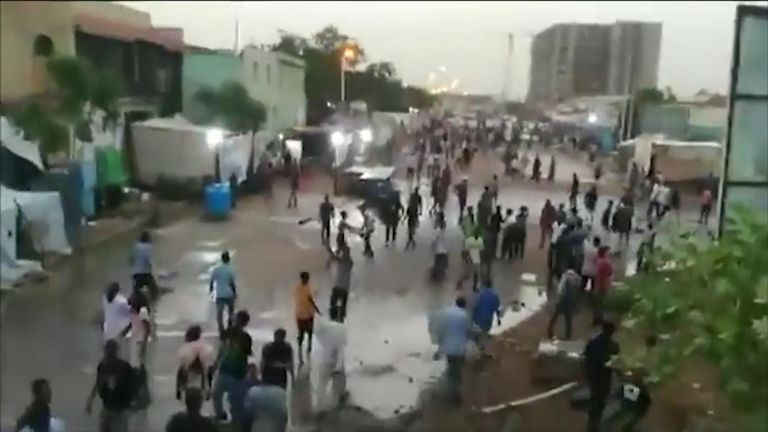 Last week, members of this notorious unit played a key role in the brutal crackdown against protesters campaigning for a civilian government.

More than 120 people lost their lives in the assault, according to the Sudanese Doctors Committee, which also said the bodies of 40 were dumped in the Nile River.

The ruling military council put the nationwide death toll for that day at 61. 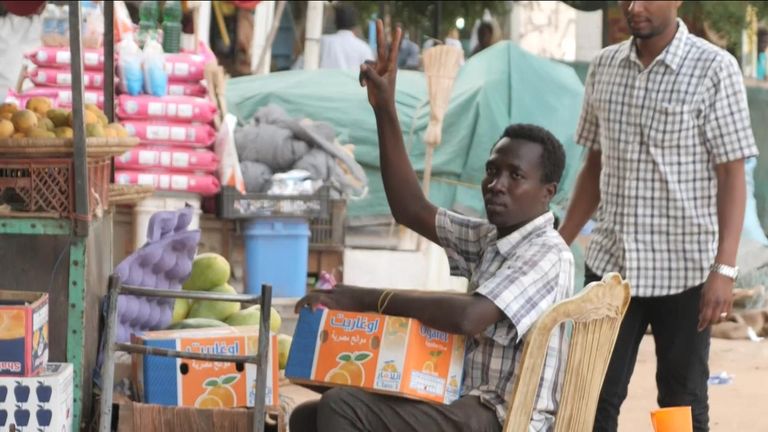 Residents cross the road to avoid the RSF personnel while keeping their eyes firmly fixed on the ground.

We watched one woman frantically flag down a commuter bus as a group of militia men approached her.

There is another form of rebellion in Khartoum and it is plastered on the city walls.

Portraits of the martyrs of this people’s movement can be found in almost every neighbourhood and they are colourful, attention-grabbing memorials.

Muawiya Bashir Khalil was shot by the security forces in January after he opened his home to protesters in the neighbourhood of Burri.

A striking representation in purple now graces the wall opposite the bullet-scarred door of his house. 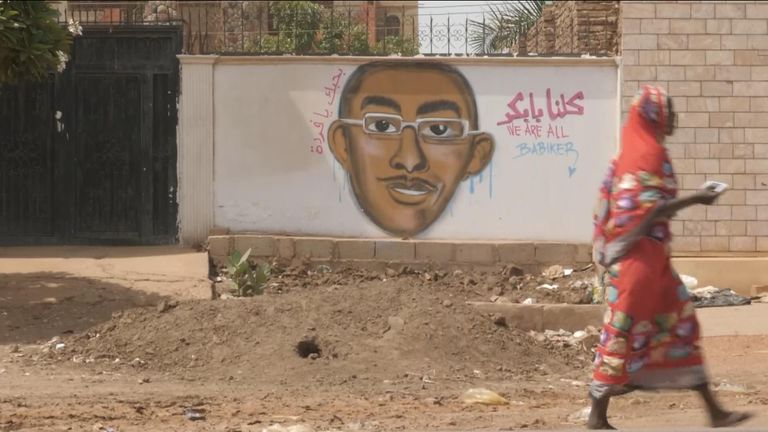 Doctor Babikir Abdel Hamid was killed while pleading with soldiers for permission to take wounded demonstrators to hospital.

Members of his family told us that he had been tending to protesters in a makeshift clinic in his home.

“He was very kind, very understanding, he loved helping people and that is why he was killed,” says his sister, Aliaa Abdelhameid Babiker. 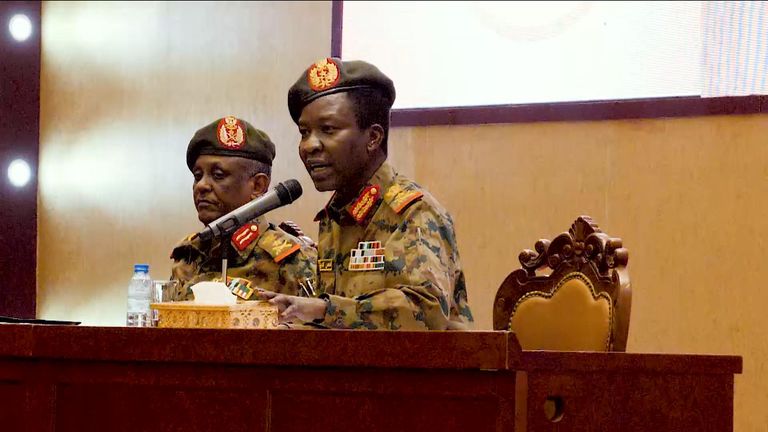 The bespectacled portrait of Dr Babiker greets residents and visitors in eastern Khartoum and reminds them of his role in this struggle.