Bus passenger is fined £1,700 after refusing to wear face mask on London bus for two days in a row

A bus passenger has been fined more than £1,700 after refusing to wear a face mask on a London bus for two days in a row.

Passenger Frederick Adomako-Frimpong, 49, from Stratford, east London, was slapped with a £1,710 fine for refusing to wear a face covering on two occasions.

A court heard he had provided ‘no reasonable excuse’ for not having a suitable covering at Stratford bus station on July 15 and he was stopped again by Transport for London (TfL) staff the following day for the same reason. 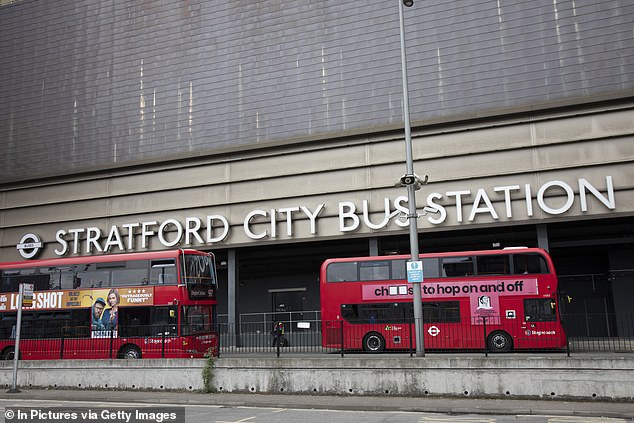 Passenger Frederick Adomako-Frimpong, 49, was caught without a face covering at Stratford bus station on July 15

He was among dozens of people fined at Wimbledon Magistrates’ Court on Friday for failing to wear a mask on public transport in July.

Mr Adomako-Frimpong  was given a combined fine of £1,710 for the offences after not paying his fixed penalty notice of £100 within 28 days.

Another passenger Sarian Kamara, 30, from Westminster, was ordered to pay £194 for not having a face covering on a bus on July 15.

The pregnant mother-of-three said  she had dropped her face covering while running to catch the bus.

Although she was handed a covering by a fellow bus passenger but was told by a member of staff that she would be fined anyway.

Kamara claimed she was ‘exempt’ from the mask rules due to her pregnancy. 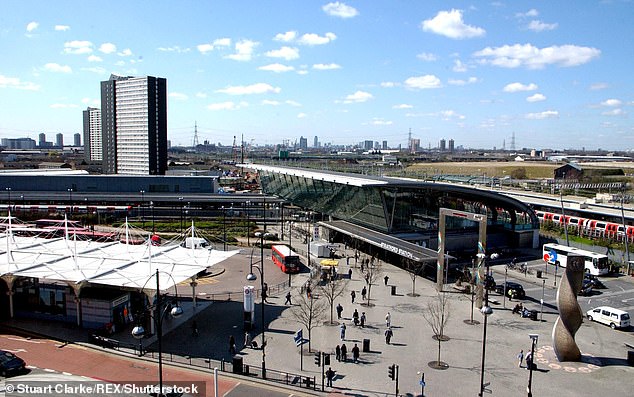 Another defendant, Akam Rostami, 20, from Liverpool, was also fined but told the court via an interpreter that he could not speak English and did not know what the rules on masks were.

The court heard that another offender had sworn at police officers when asked why they had no face covering another one said they refused because wearing a mask would ‘make no difference’ and a number of defendants said they had either forgotten about the rules or had left their face covering at home.

Tim Caig, representing TfL, said: ‘No one enjoys wearing mask but most people see the logic of it’.

11/15/2020 World News Comments Off on Bus passenger is fined £1,700 after refusing to wear face mask on bus
Recent Posts
We and our partners use cookies on this site to improve our service, perform analytics, personalize advertising, measure advertising performance, and remember website preferences.Ok