Generation Sober: Cambridge students wend their way home after yoga at dawn as they celebrate the end of their exams in a style that puts their hedonistic parents to shame

Many of the country’s brightest young minds have let their hair down at the annual Cambridge May Balls to celebrate the end of exams and the academic year.

Students at the elite university were dressed in their finest for the night of fine dining and dancing in the centuries-old colleges as part of a tradition dating back to 1838.

But the sedate celebrations this year with entertainment such as yoga at sunrise seemed a far cry from the wild scenes of hedonism and debauchery from the balls of previous decades.

The  sensible revellers returning from Emmanuel College’s ball this morning were pictured arm in arm in their black tie and ball gowns returning to their homes in the morning with their modesty very much in tact.

May Balls, which originally took place in May but are now after exams in June, have seen students in the past stripping off and jumping in the river and teaming up to throw eggs at gatecrashers.

One was even shut down by police after a crush was caused watching The Stranglers at King’s in the 1970s. 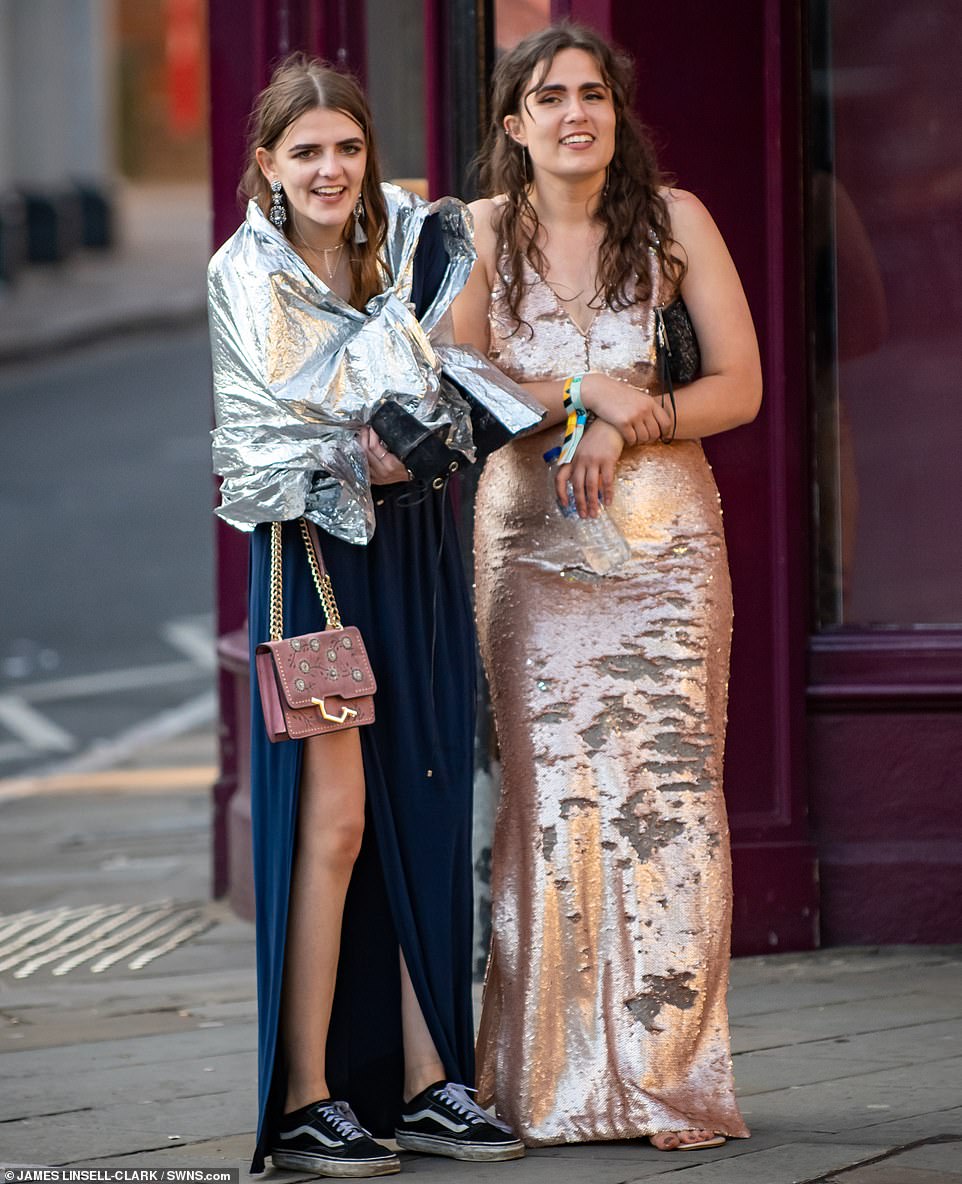 Students returning home from last night’s May Ball at Emmanuel College, Cambridge, had to wrap up warm after a long night of partying 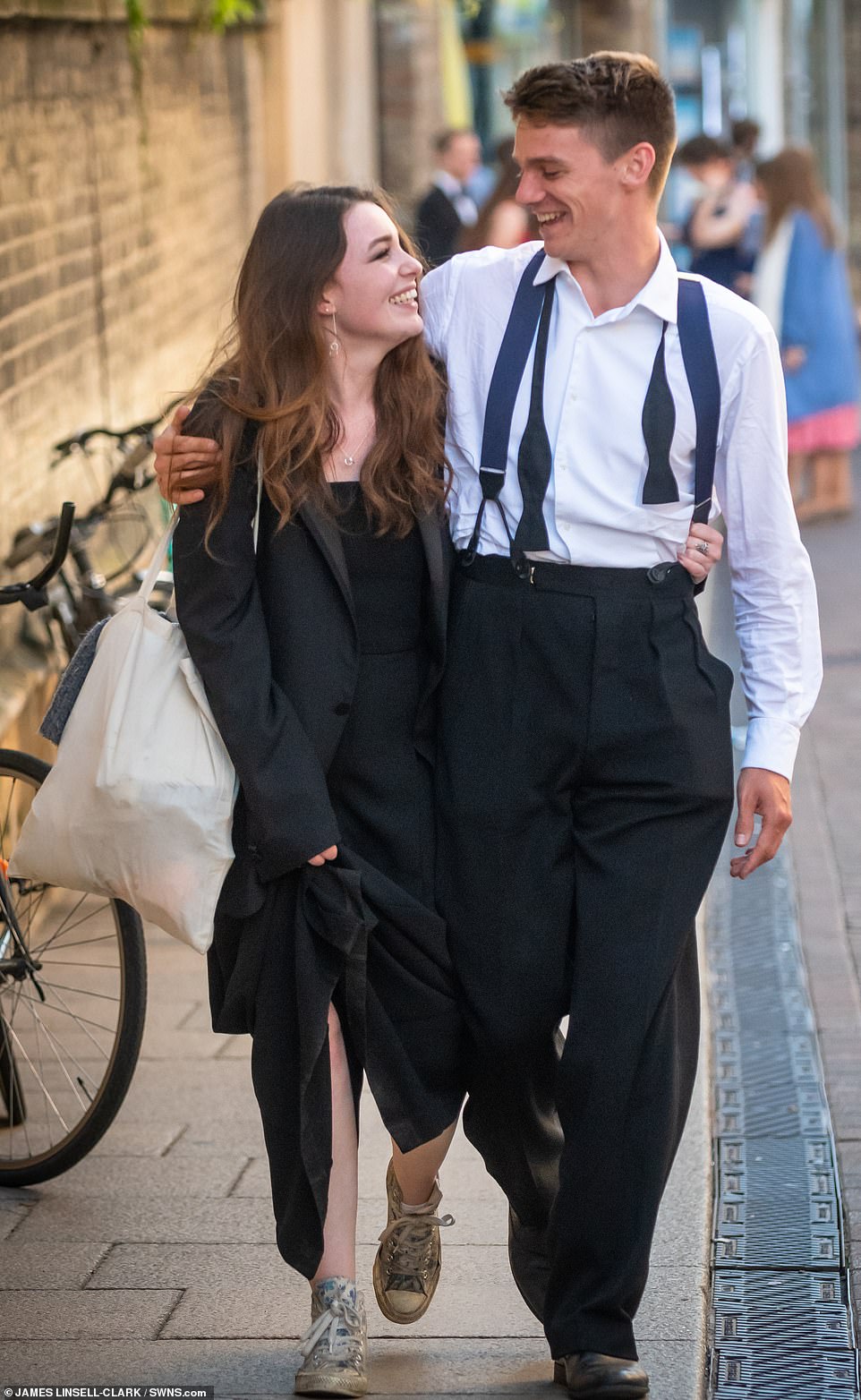 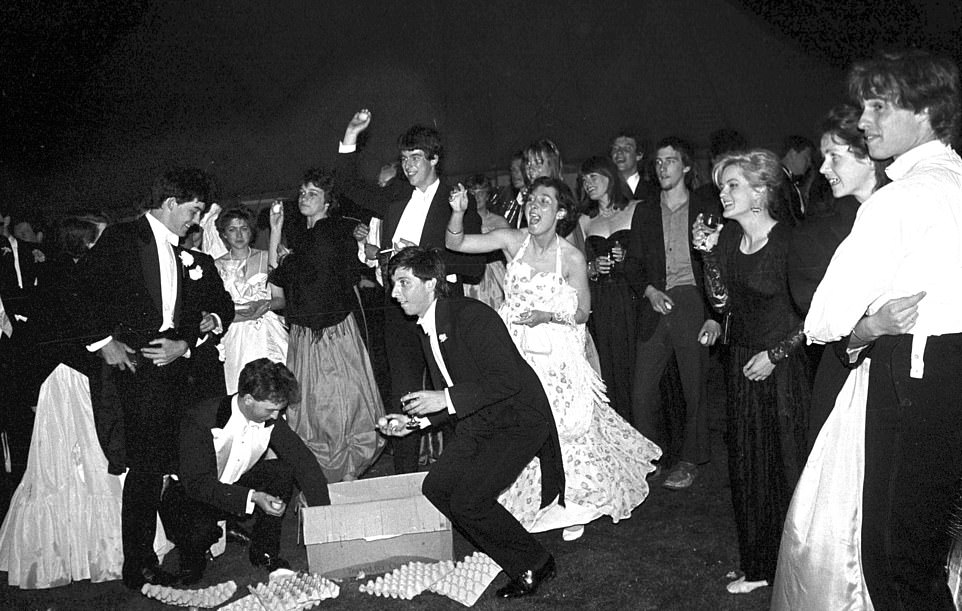 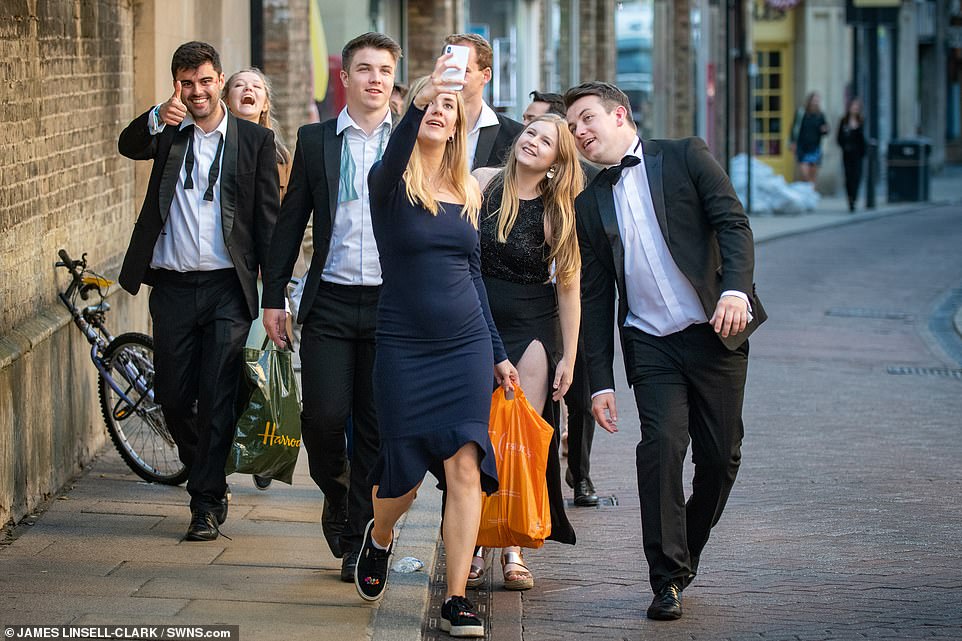 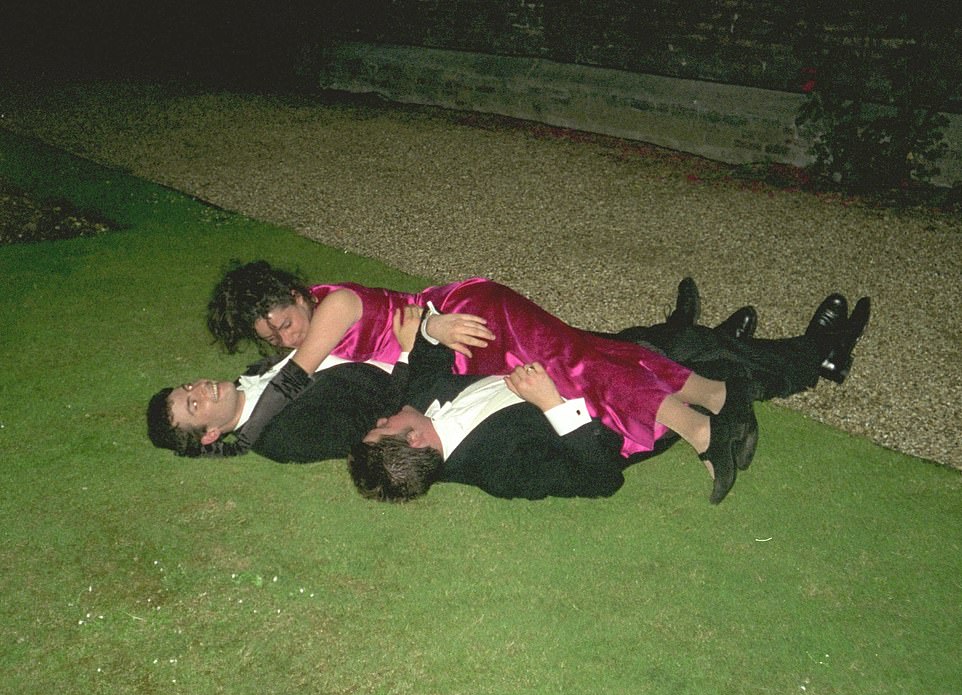 This year’s theme at Emmanuel was ‘Mille Miglia, Racing Through Italy’ and tickets for the exclusive event cost as much as £190.

Stalls offering cocktail ice lollies, Ferrero Rocher brownies and vodka candy were on offer to the students at the college throughout the night before a ‘Survivors’ Photo’ and a bacon sandwich at 6am.

The guests were also treated to a variety of musical performances, theatre, comedy, magic, a casino and even yoga at sunrise at the no-expenses-spared event.

Each college holds its own May Ball on the week commencing the second Thursday in June after exams. 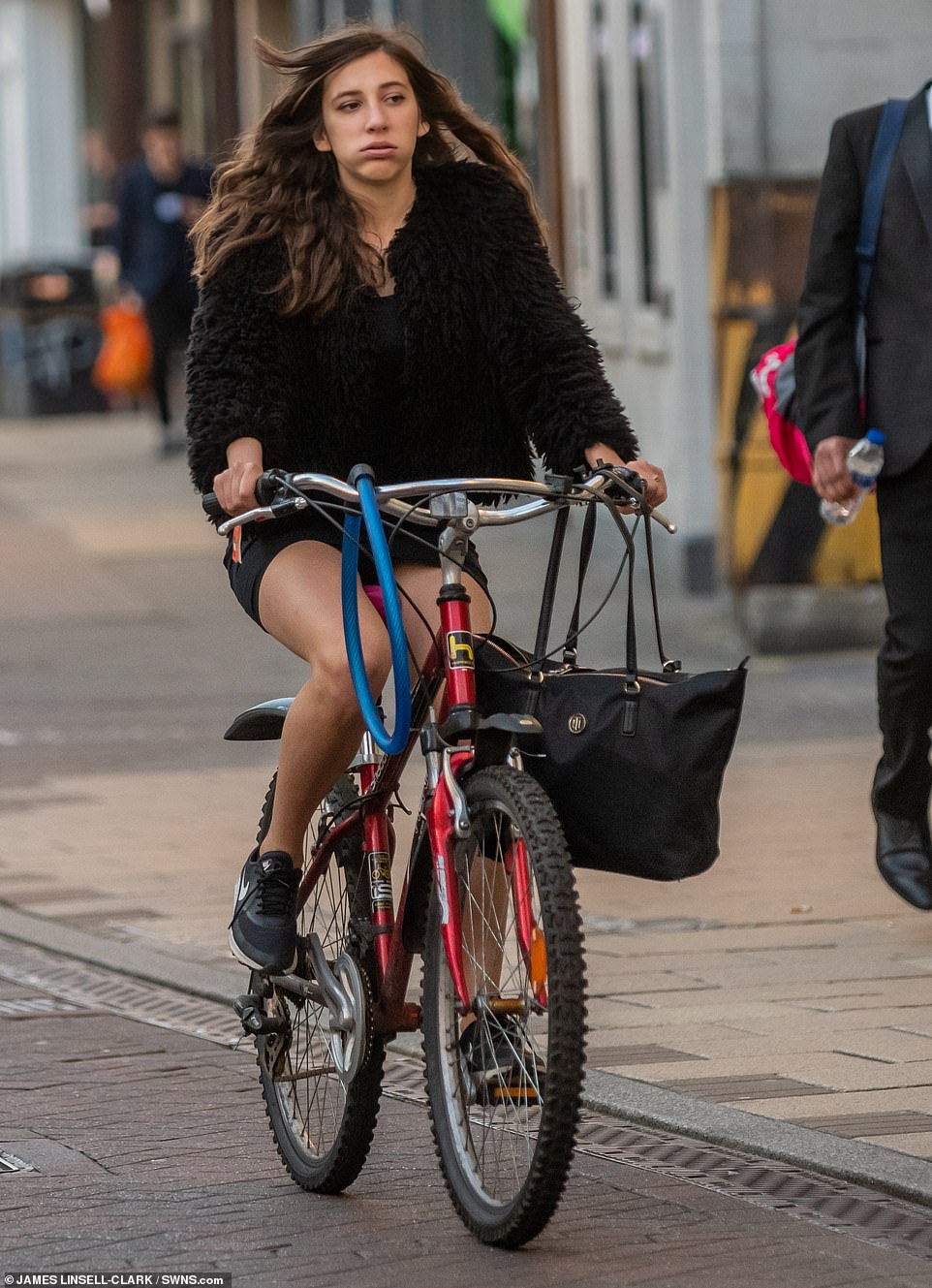 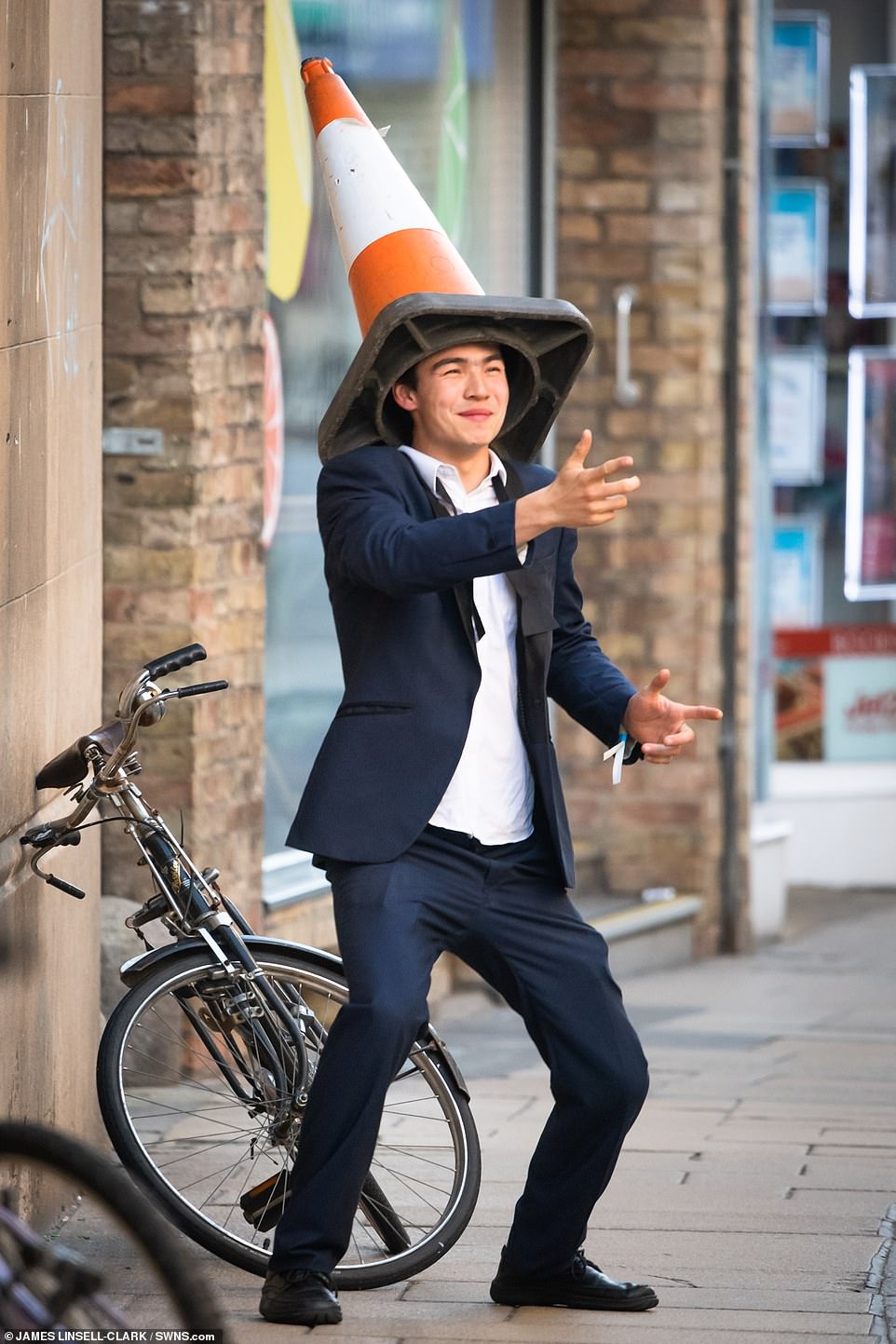 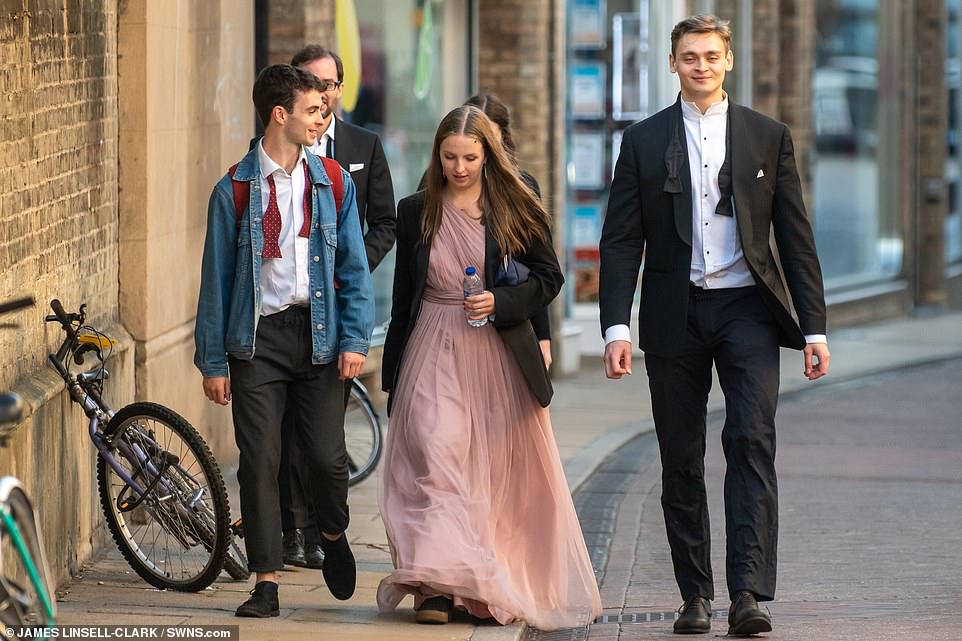 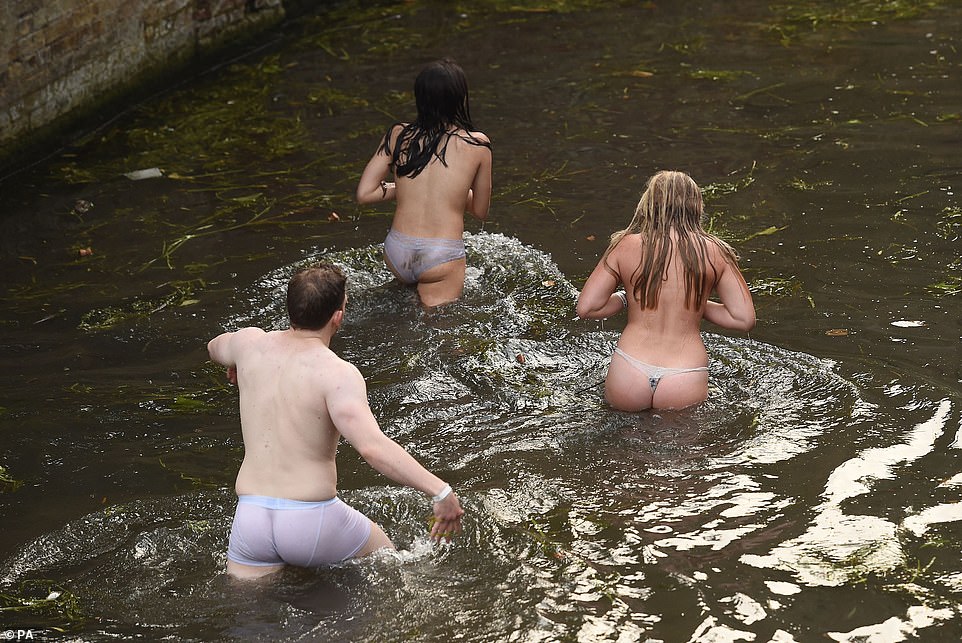 Two years ago, students stripped down to their underwear and swam in the river in the morning after attending a May Ball

The ball has been held every year apart from 1910 when King Edward VII died and between 1939 and 1945 during the Second World War.

The first one was held in 1838 when 38 Trinitarians happily drank their way through 47 bottles of champagne, 12 of sherry, six of Mosel, two of Claret, six quarts of ale and 16 huge servings of punch at a post-race dinner at the Hoop Inn.

The event is held on the first Monday of May Week, which, despite the month in the title, always takes place in June after exams. 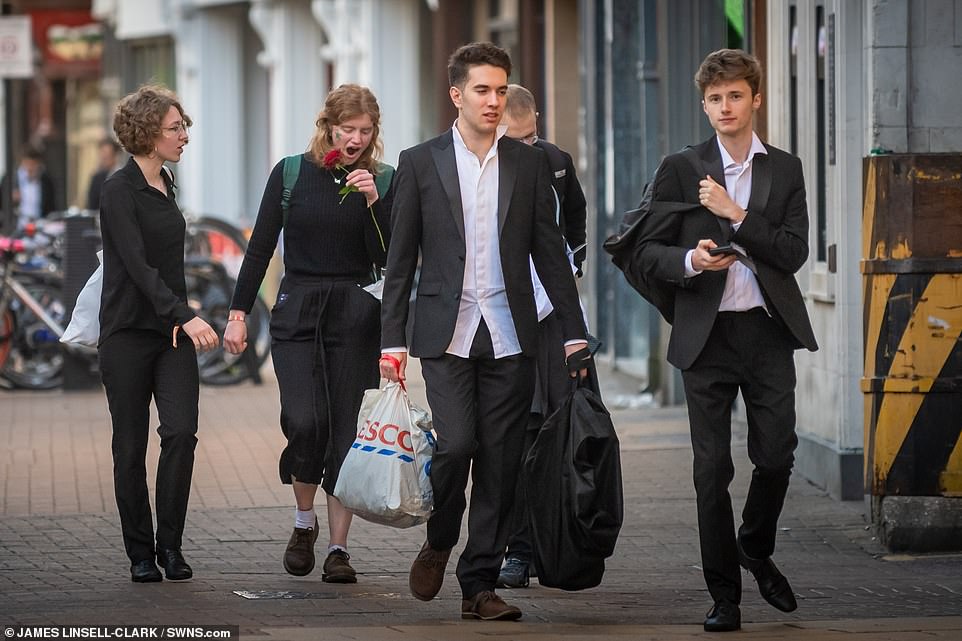 While previous acts at May Balls have included rock bands, this year’s offering includes pop stars Pixie Lott and Mabel at the prestigious events 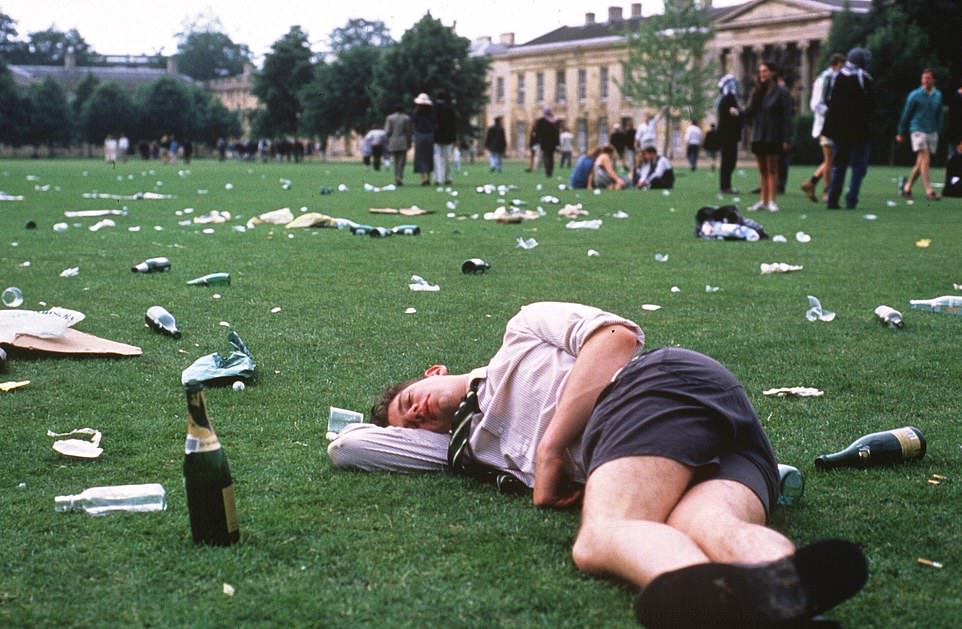 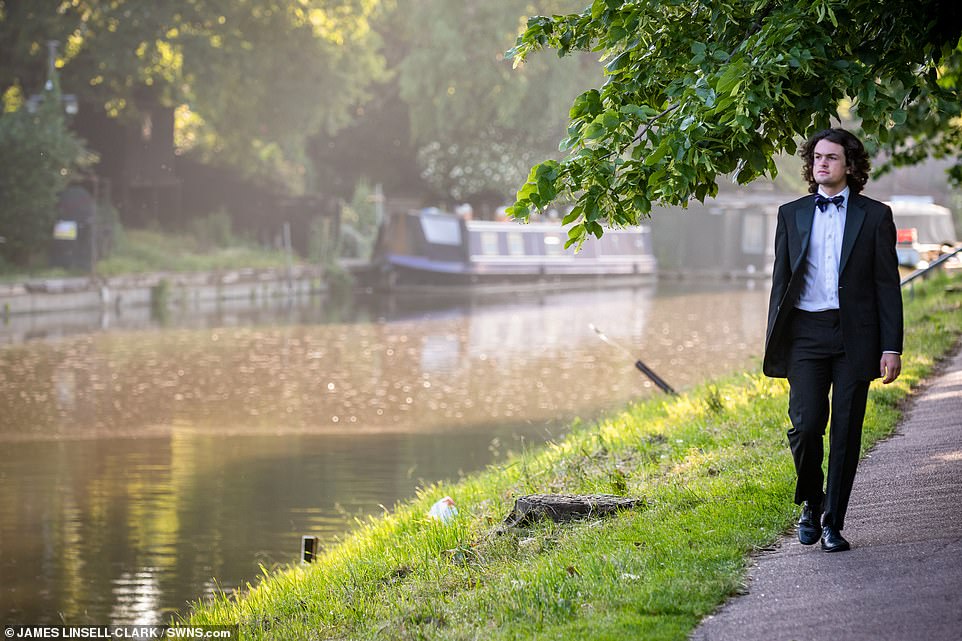 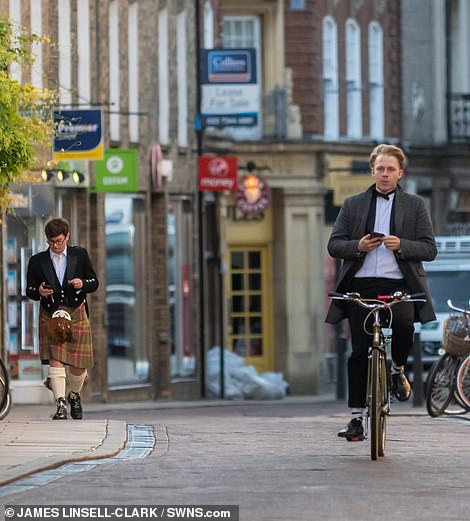 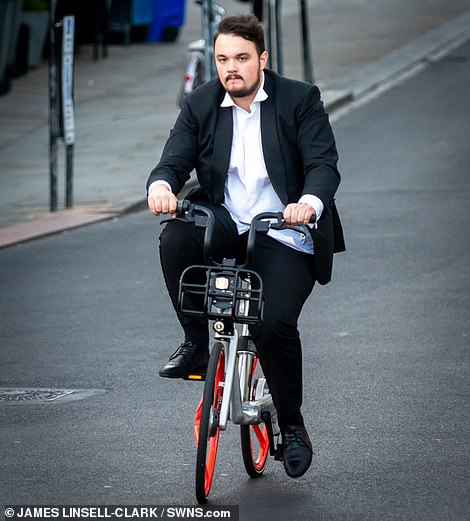 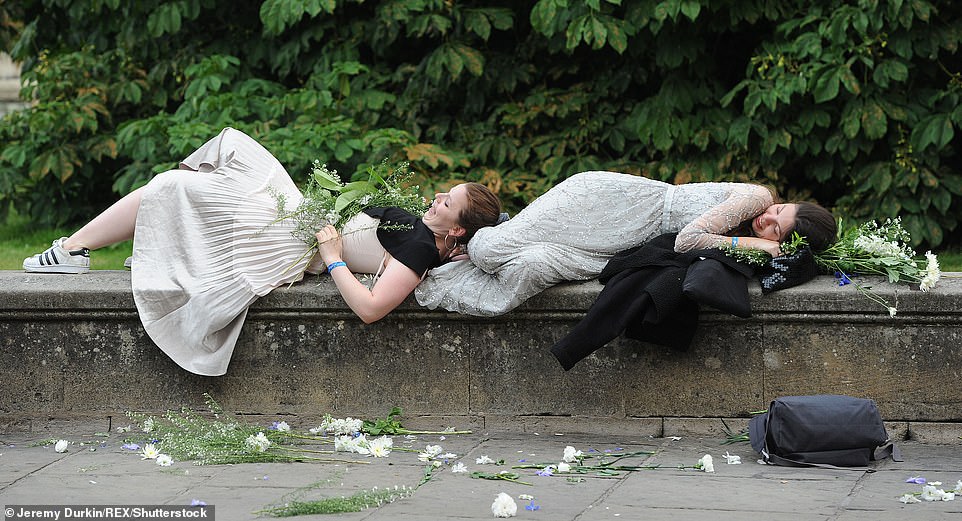 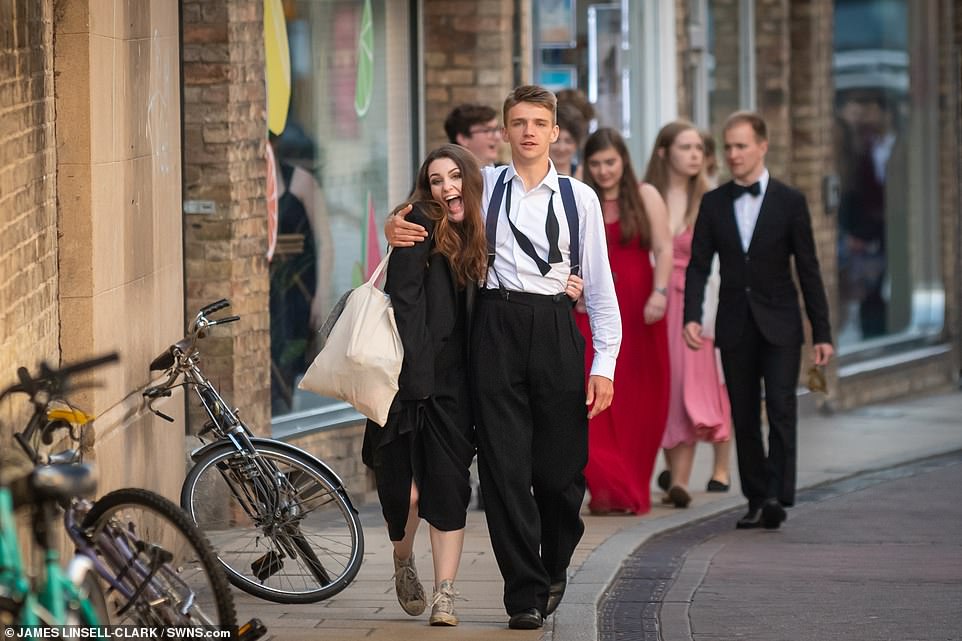 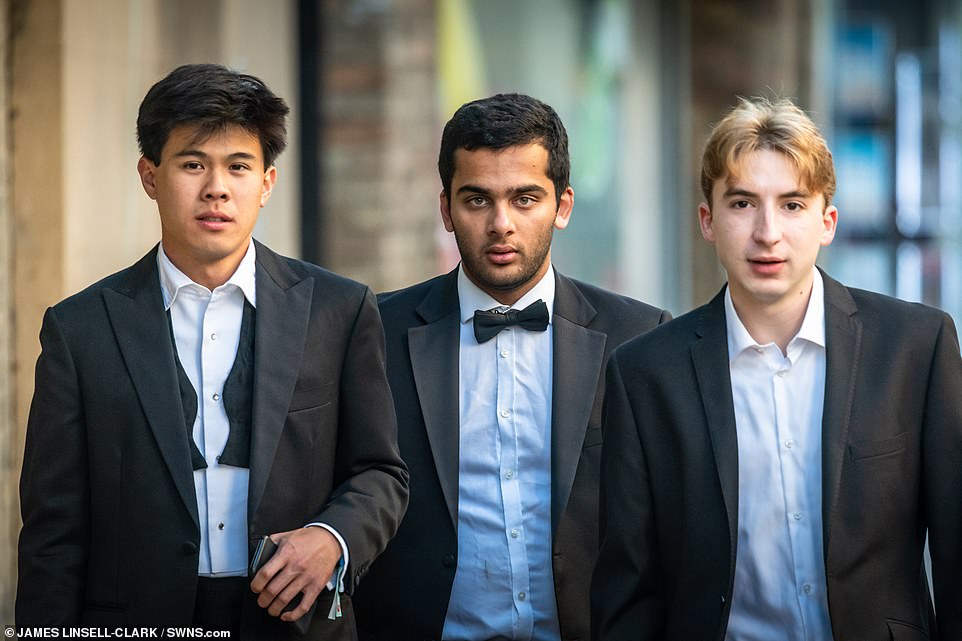 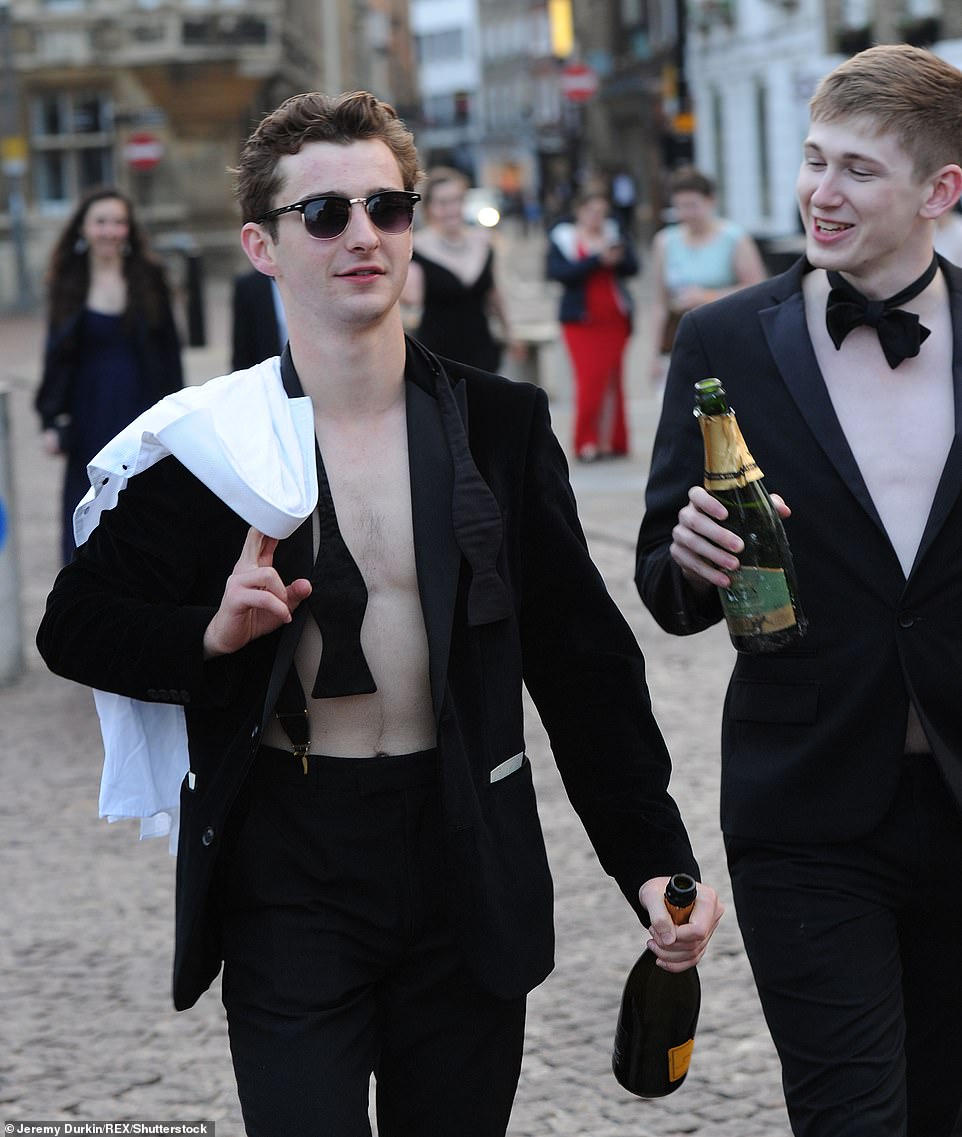 In previous years, students have been seen returning home shirtless carrying bottles of half-drunk champagne such as these revellers at Trinity in 2016 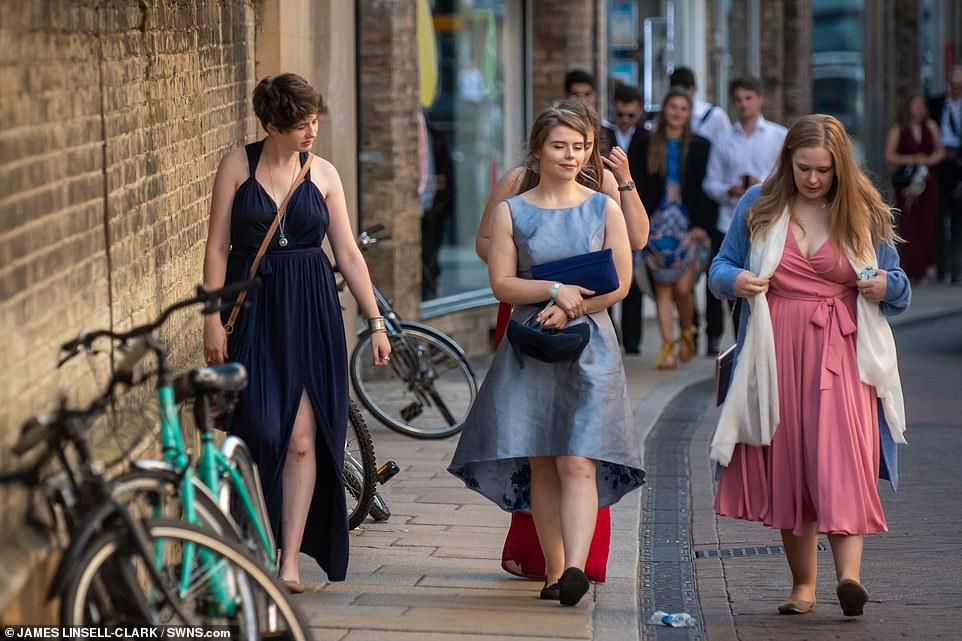 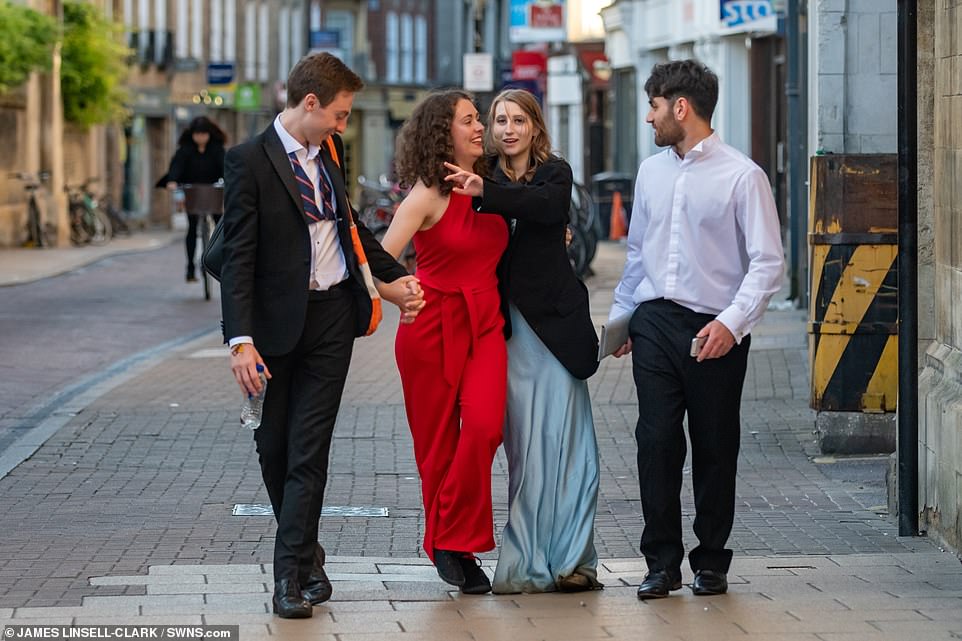 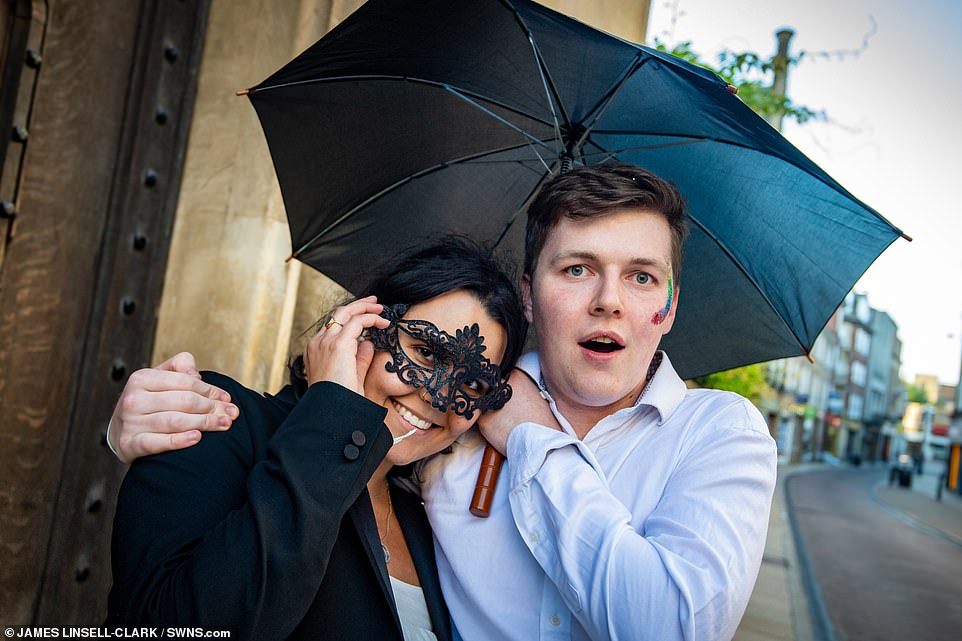 A pair of guests at the exclusive event make their way home from the event with a mask, an umbrella and glitter 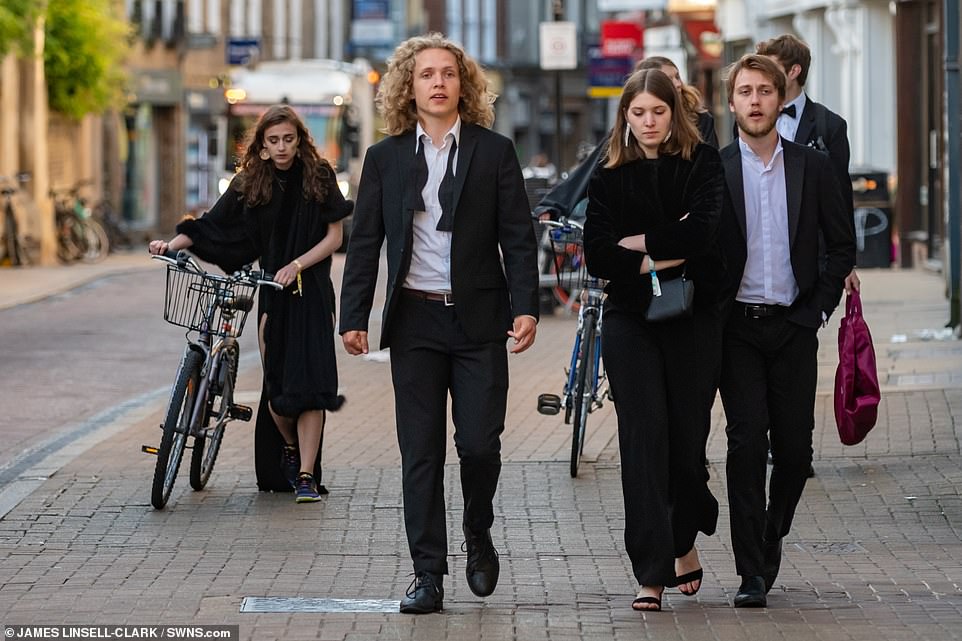 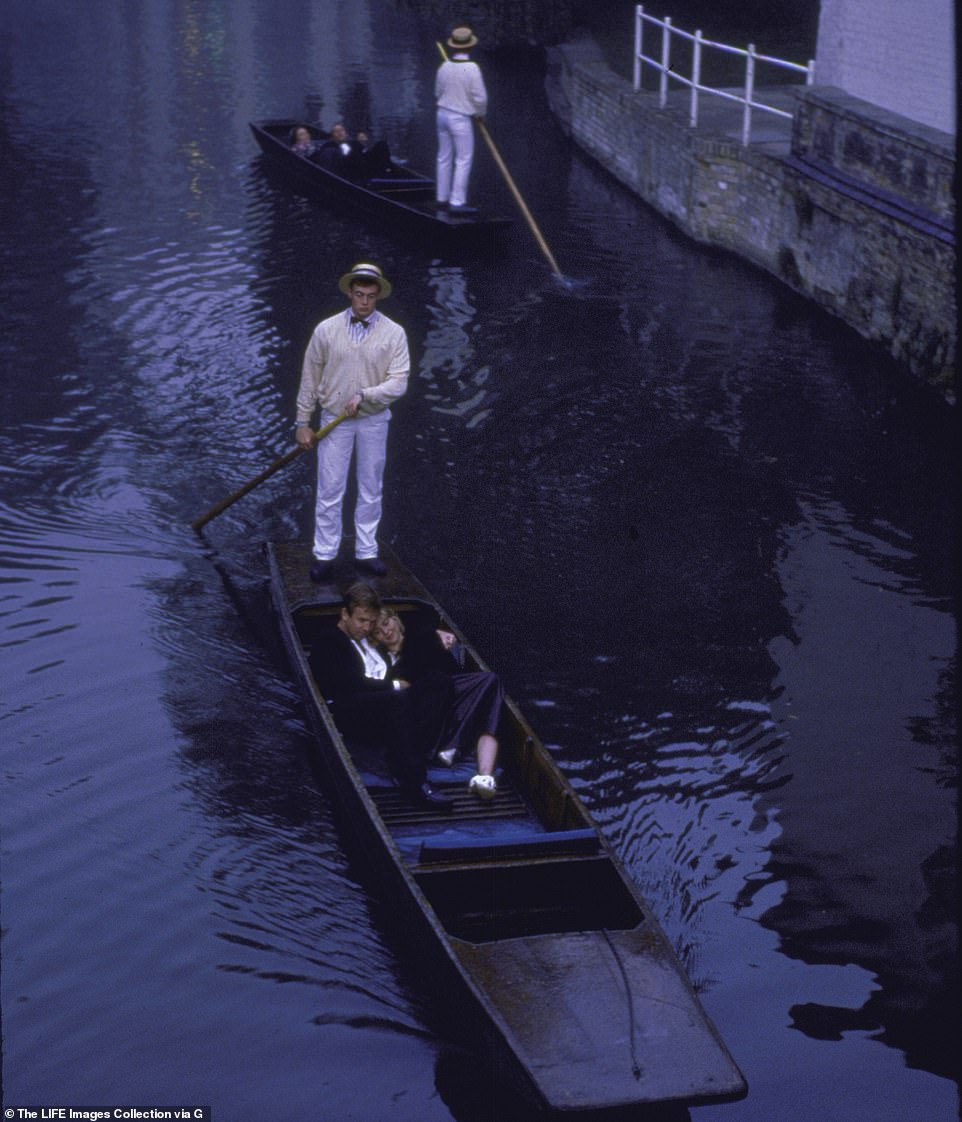 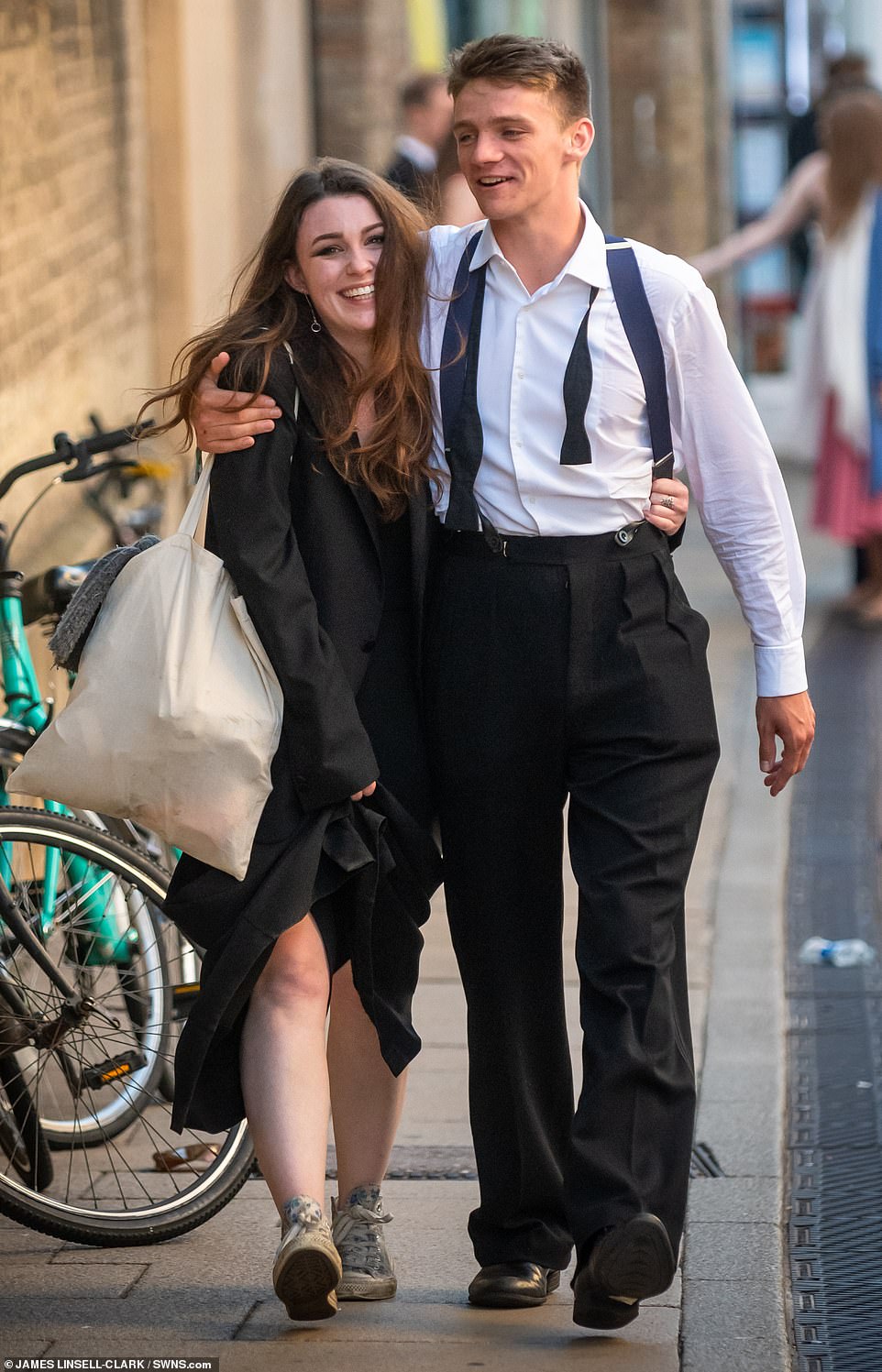 Budgets for the prestigious events regularly exceed £100,000 with some as high as £400,000 for the one night of partying 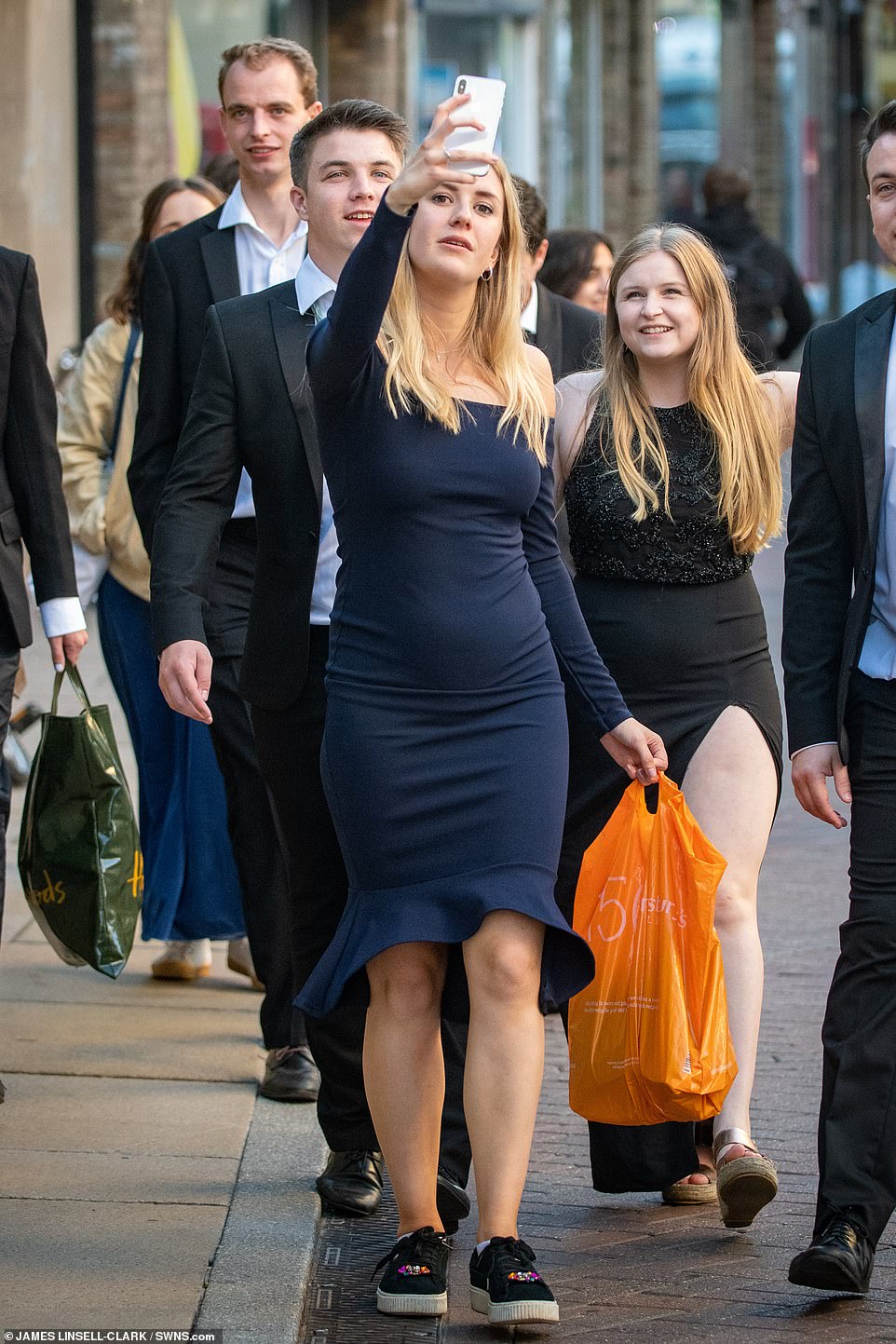 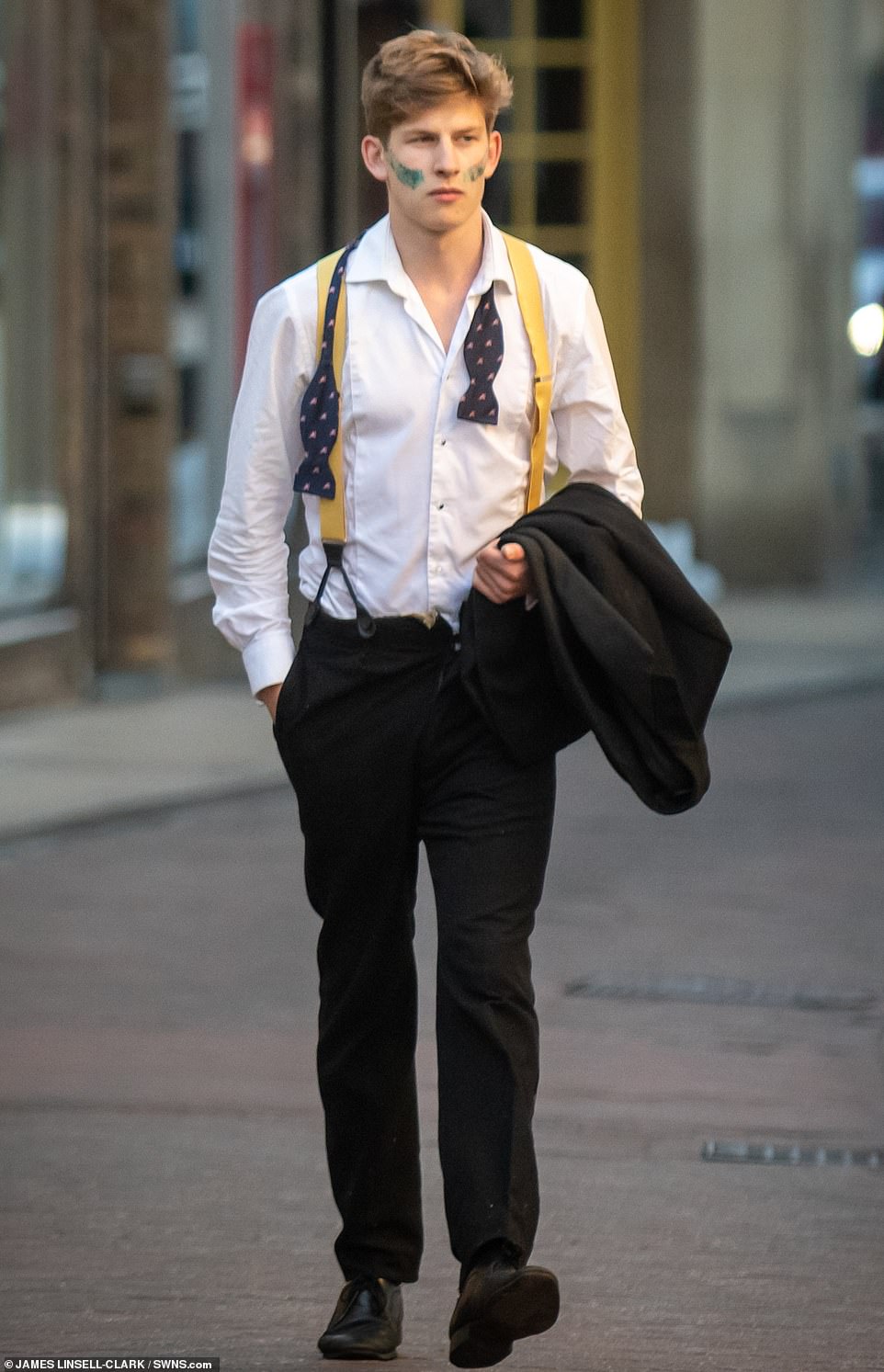 The event is held on the first Monday of May Week, which, despite the month in the title, always takes place in June after exams 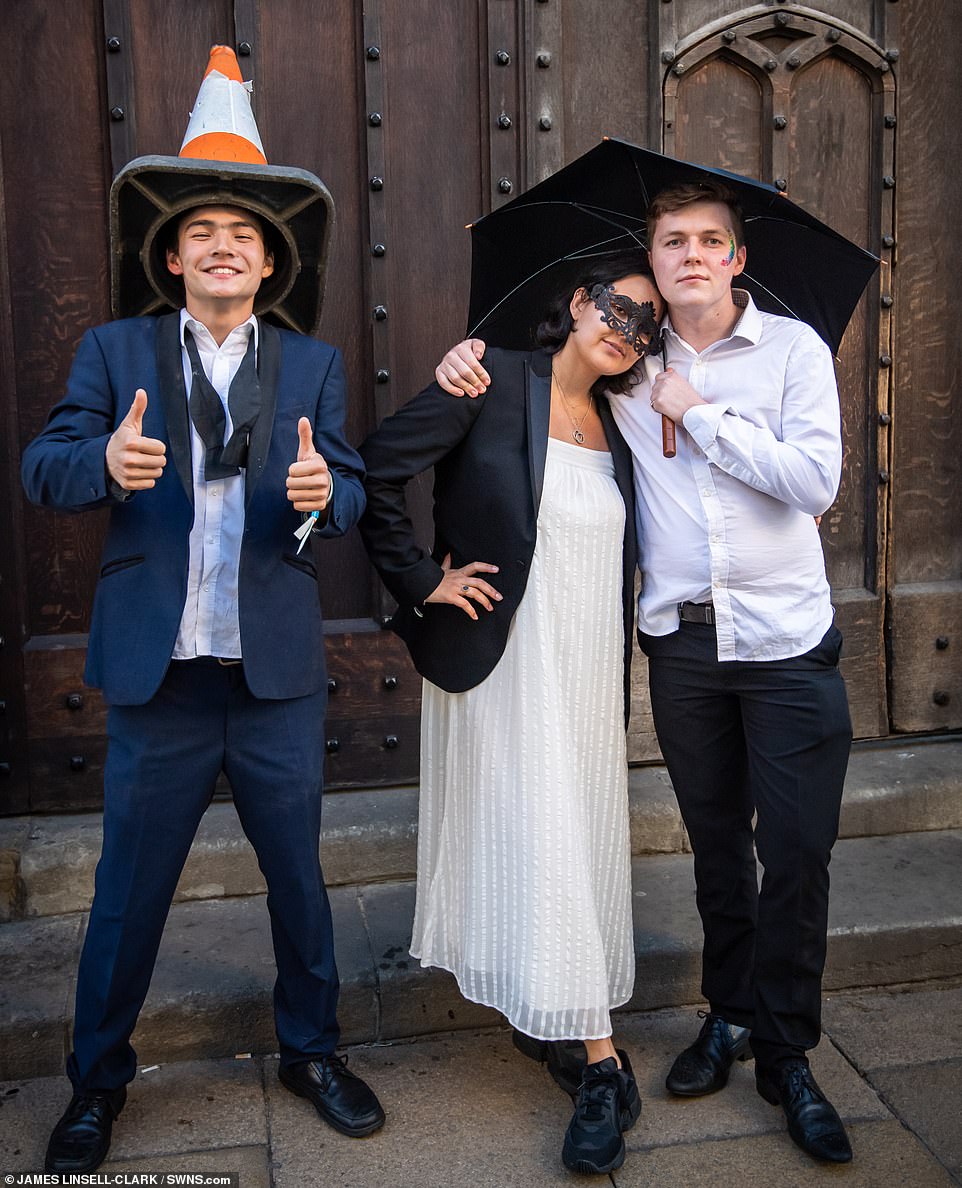 The theme of this year’s ball was inspired by Italian cities and a range of Italian themed food, drink and entertainment was on offer 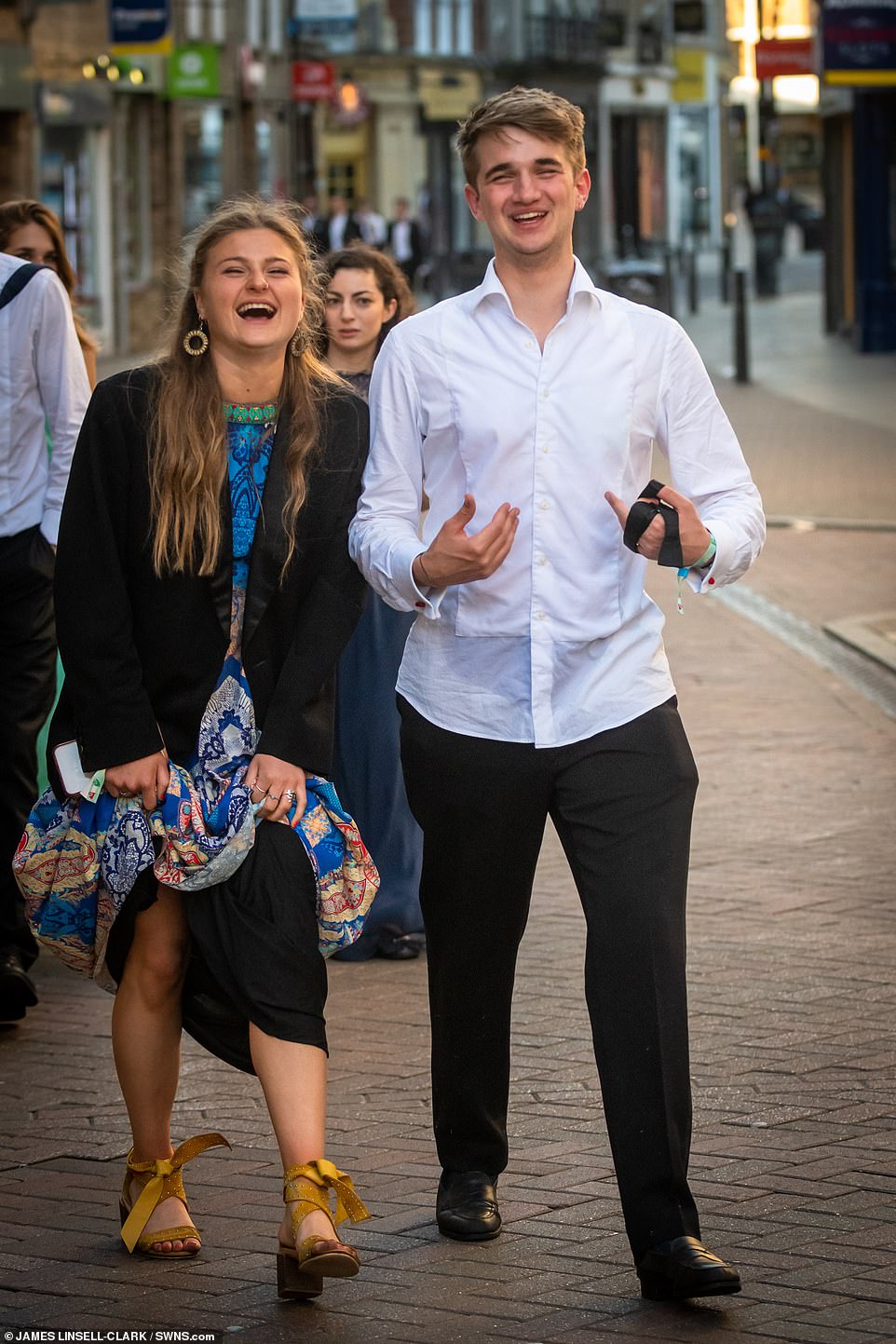 What and when are the biggest parties in the Cambridge University social calendar? 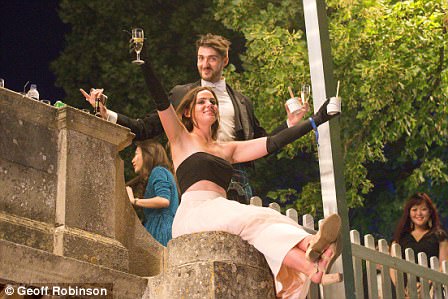 Students quaff champagne at a Cambridge May Ball

Partying has become an age-old ritual at Cambridge and there are even special drinking societies that organise debauched events such as:

Caesarean Sunday is seen as the birth of the drinking parties for the summer term. It historically included members of Girton and Jesus colleges’ drinking society takes place at a park in Cambridge’s city centre, on the first bank holiday of the summer term.

Suicide Sunday: The party at Cambridge University is a traditional event in which hundreds of students celebrated finishing their exams. In recent years, the Suicide Sunday garden party, organised by the Wyverns, an all-male Magdalene College drinking society, has been held in a new location for the first time in 80 years after officials banned students from holding the event on university.

VT valley rally: Its winter equivalent, the VT valley rally, occurs during the annual Varsity ski trip, is quickly catching up to Suicide Sunday’s levels of debauchery. Previously female students stripped to their underwear in front of hundreds of onlookers, while both men and women simulated sex acts with each other.

The Wyverns drinking society has a reputation for its hard partying and excessive drinking. Its initiation ceremony involves eating a 15-course meal with delicacies such as a pig’s snout with wasabi sauce and a pint of water with a goldfish swimming inside.