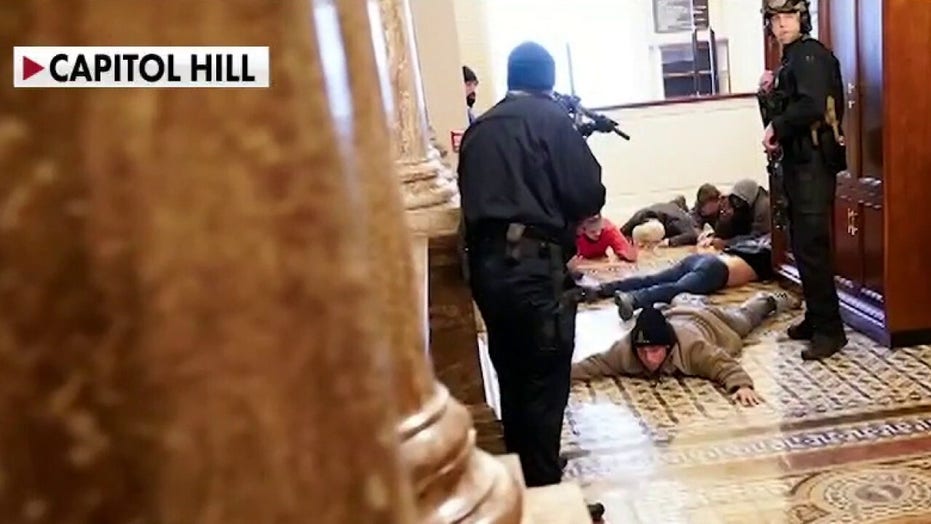 Violence and unrest erupted outside Trump-affiliated buildings across the country following hours of mayhem on Capitol Hill in Washington D.C., according to reports and posts shared on social media.

Within hours of the U.S. Capitol being secured from a mob of pro-Trump supporters, demonstrators took to the streets in and around Trump-named buildings, such as those in New York City, Chicago and Washington D.C., police said and photos show.

In the nation’s capital, police said Wednesday evening they were investigating a stabbing at an intersection in front of Trump International Hotel, at Pennsylvania Avenue NW  and 12 St NW.

Police could not immediately be reached for an update on the stabbing.

In New York City, approximately 125 protesters swarmed the streets surrounding Trump Tower on Fifth Avenue in Manhattan, where photographs show them screaming at police who had blocked off the street in front of the building.

The New York Police Department was out in full force ahead of any potential unrest, another video shows. Officers ultimately arrested nine people, issuing summonses to seven before letting them go, police said.

As for the two other arrests, one person was charged with criminal mischief and marijuana-related offenses, while the other was charged for a previous graffiti offense, police told Fox News.

Meanwhile, protesters in Chicago appeared peaceful as they chanted and picketed in front of Trump International Hotel & Tower.

Videos shared on social media show members from the group Refuse Fascism Chicago holding signs, including one that reads, "Trump Lost! Fascists: Get Out," and another that states: "Yes! Lock Him Up Now."

Local affiliate FOX32 Chicago reported that Chicago Police Department had set up barricades and bolstered patrols in response to the Capitol Hill mayhem. The station estimated two dozen protesters turned out and were largely peaceful.

Earlier in the day, a violent mob who appeared to be loyal to President Trump stormed the U.S. Capitol and forced lawmakers into hiding.

The nation’s elected representatives scrambled to crouch under desks and don gas masks, while police futilely tried to barricade the building. A woman was shot and killed inside the Capitol, and Washington’s mayor instituted an evening curfew in an attempt to contain the violence.

The FBI has asked anyone who believes they have information or photos and videos of the Capitol Hill rioting to share it by visiting this website or by calling 1-800-CALL-FBI (1-‪800-225-5324).

Fox News' David Aaro and The Associated Press contributed to this report.

01/07/2021 World News Comments Off on Capitol Hill violence sparks unrest outside Trump properties
Recent Posts
We and our partners use cookies on this site to improve our service, perform analytics, personalize advertising, measure advertising performance, and remember website preferences.Ok